TESORO DE CUENTOS CLASICOS ("Treasury Of Classic Tales") was Novaro's home-grown version of Gilberton's CLASSICS ILLUSTRATED.  Most of the first 159 issues featured "classics" stories.  Sprinkled in among them were stories of SHERLOCK HOLMES and FANTOMAS, as well as a number of reprint issues.  From issues 160 to 182, the series alternated between HOLMES and ARSENE LUPIN.  Issues 183 to 195 featured a series called "Mysteries of The Orient" (except for 194, which was a new "Classic" story).  Finally, issues 196 to 211 features stories involving vampires, no doubt a reflection of the early-70s horror boom.  So many publishers would keep the numbering of a run while changing the title, in this case the odd thing was they would change the format but maintain the overall title.

TDCC only did 2 Poe adaptations.  The first was the perrennial mystery-adventure tale...

As of 7-22-2018, I have not been able to determine who the writer or artist were on this book.  Any help in that area would be appreciated! 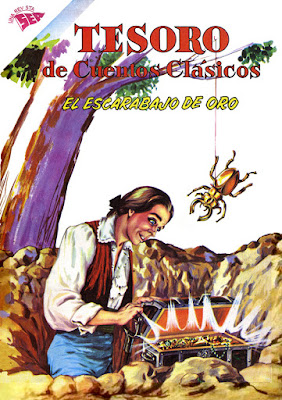 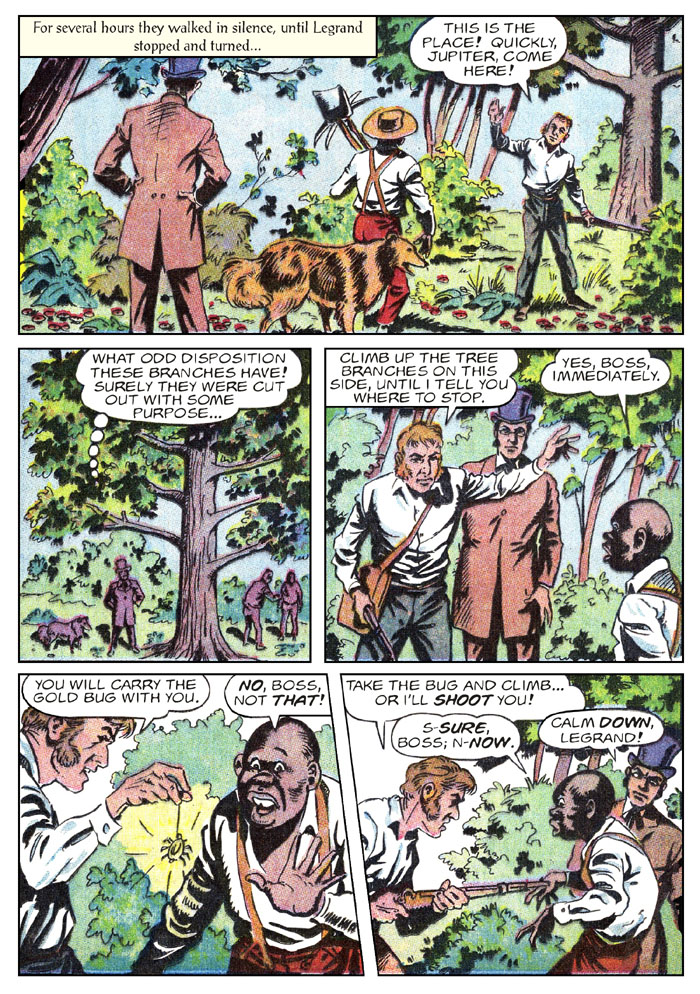 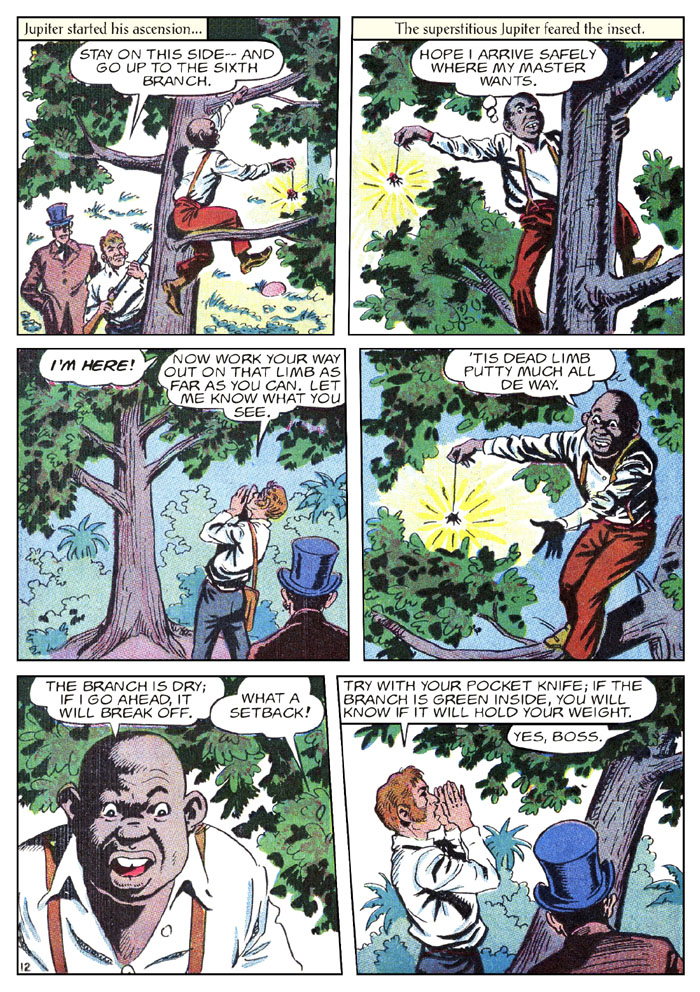 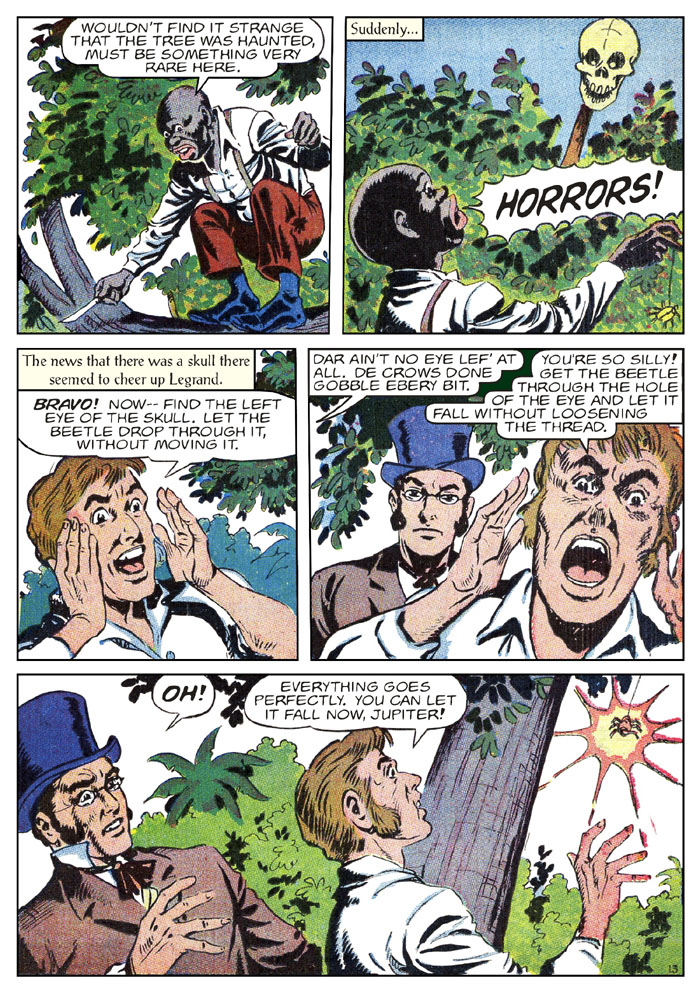 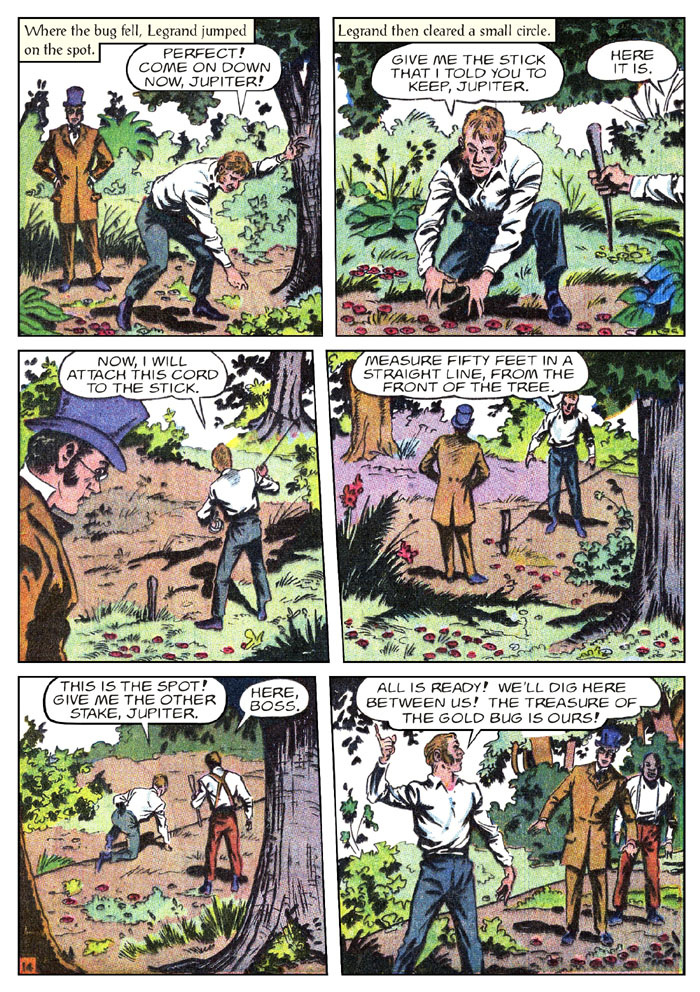 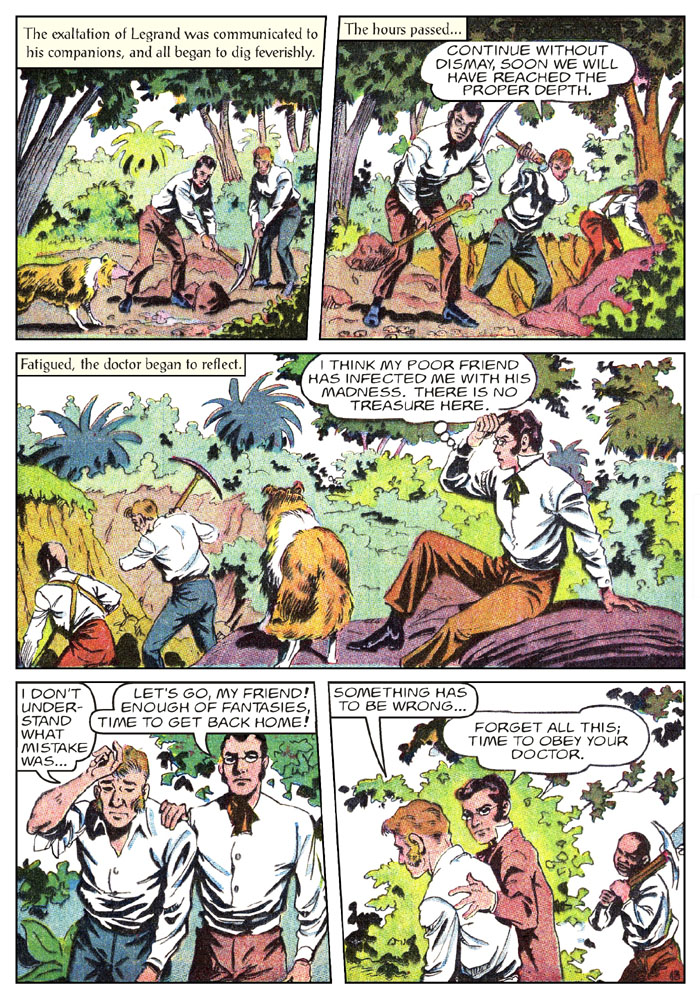 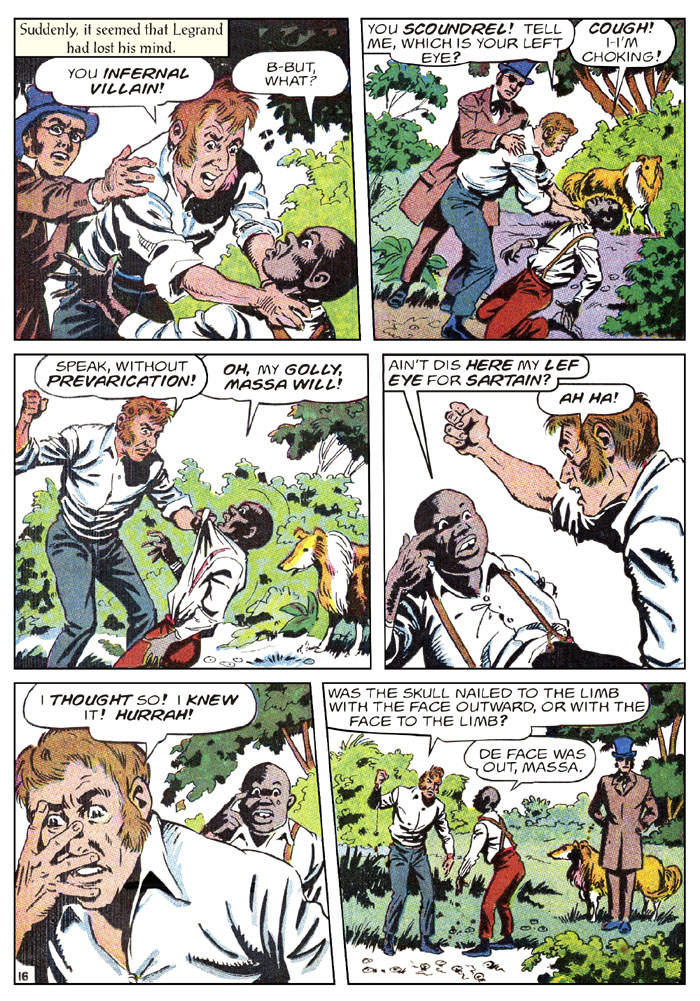 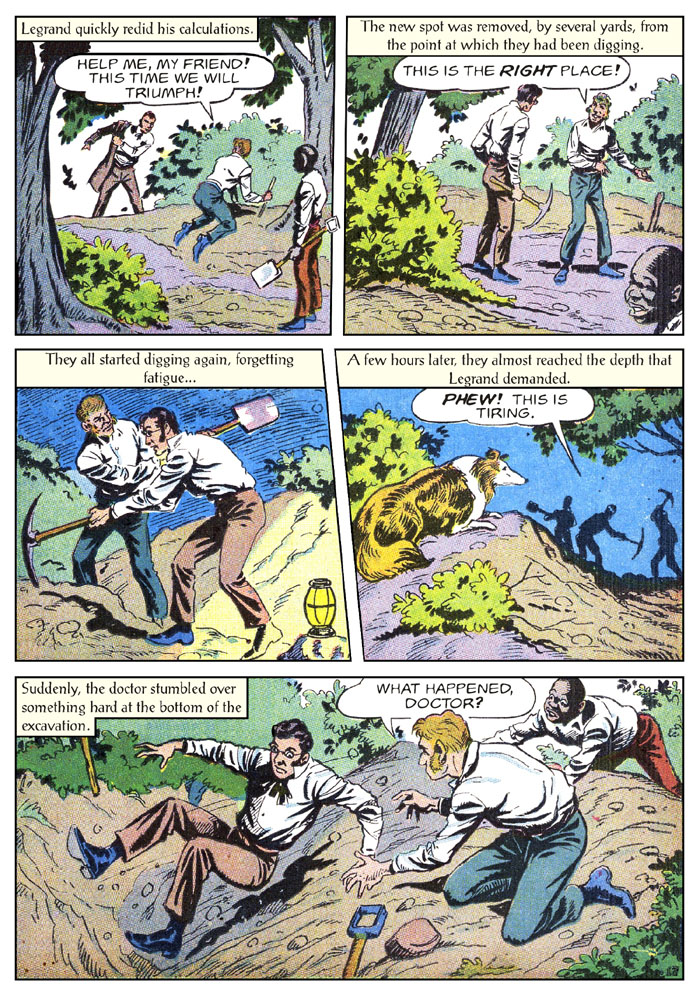 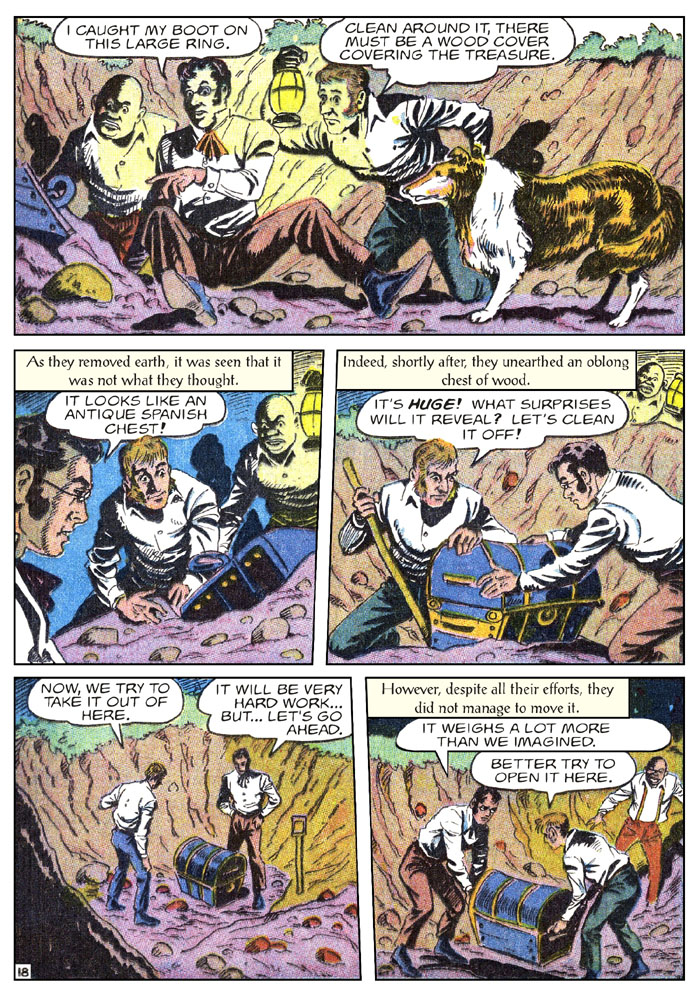 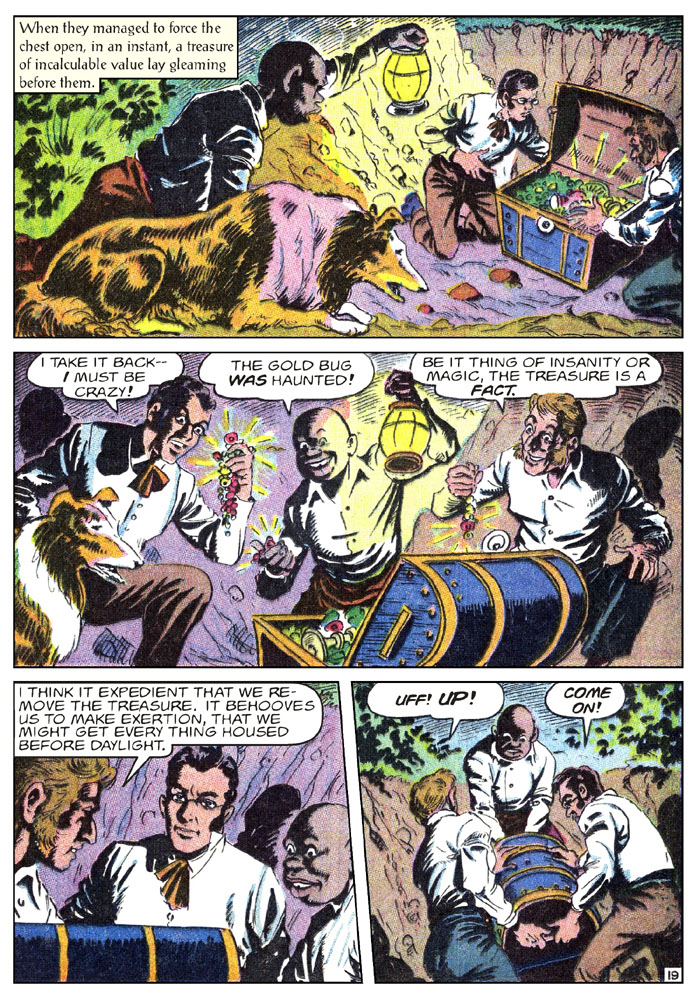 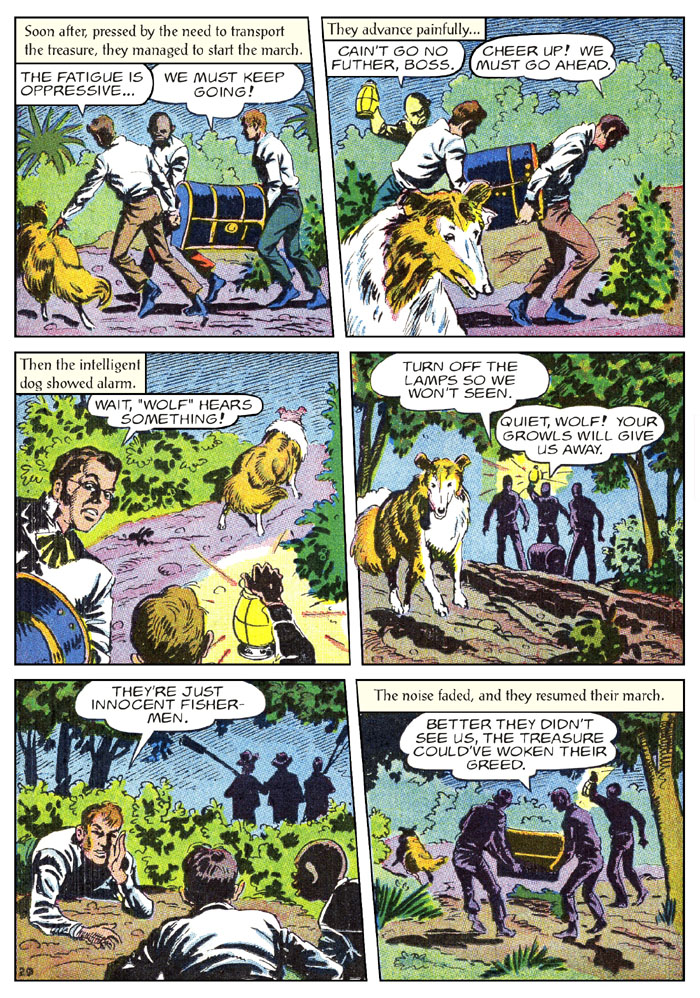 Scans of TESORO DE CUENTOS CLASICOS #51
from MY collection!
with special thanks to Javier Garcia Ferrer.

For more:
Read about Edgar Allan Poe at Wikipedia.

Read about Editorial Novaro at Wikipedia.
Read about VIDAS ILUSTRES
at the Medicina, Historia Y Sociedad site.
See the entire run of VIDAS ILUSTRES covers
at the Tebeosfera database site.