In late 1974-early 1975, KAMANDI, OMAC and OUR FIGHTING FORCES kept cranking on.  Instead of OMAC going monthly (which I dearly wish had happened), a 4th title appeared which spotlighted several stories Jack had done months earlier but been rejected... 1st ISSUE SPECIAL. 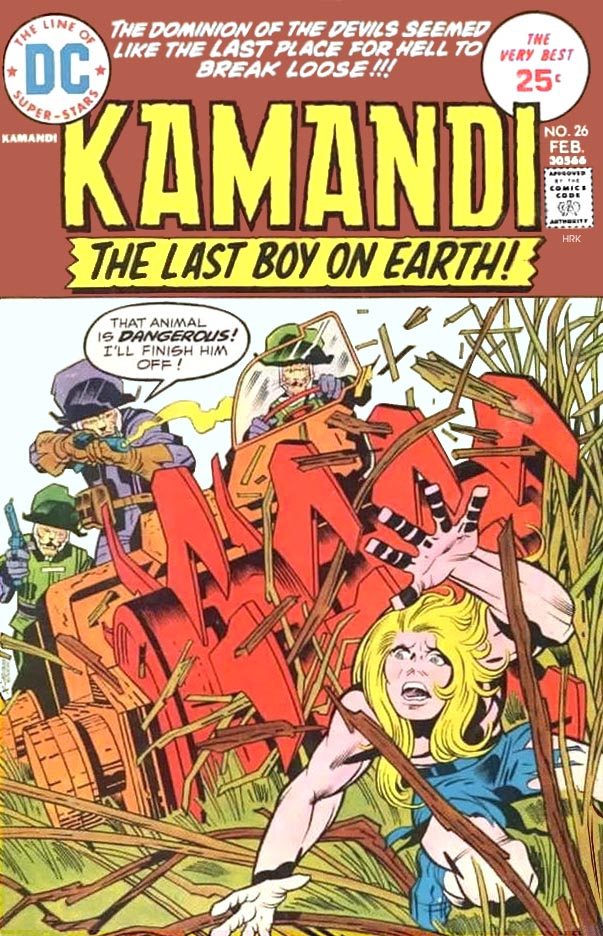 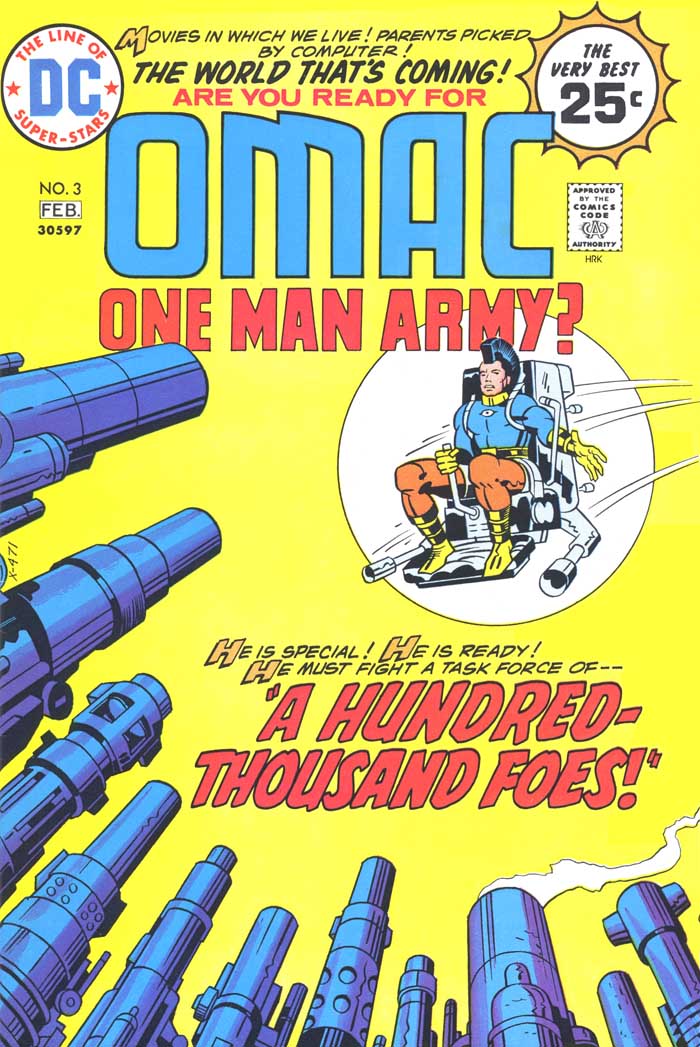 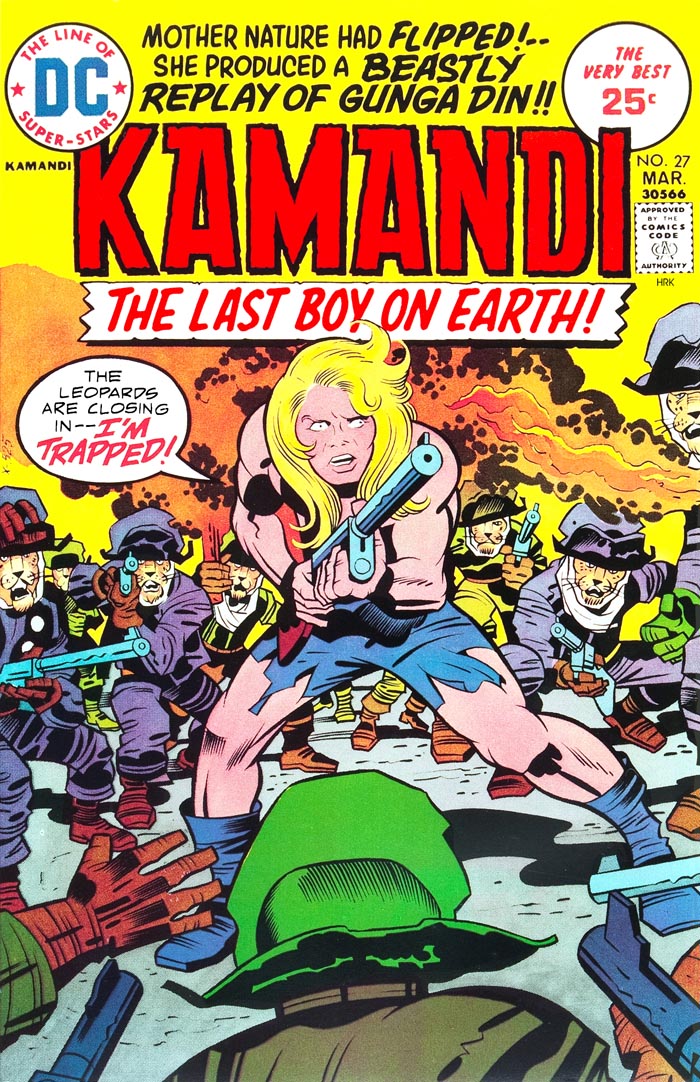 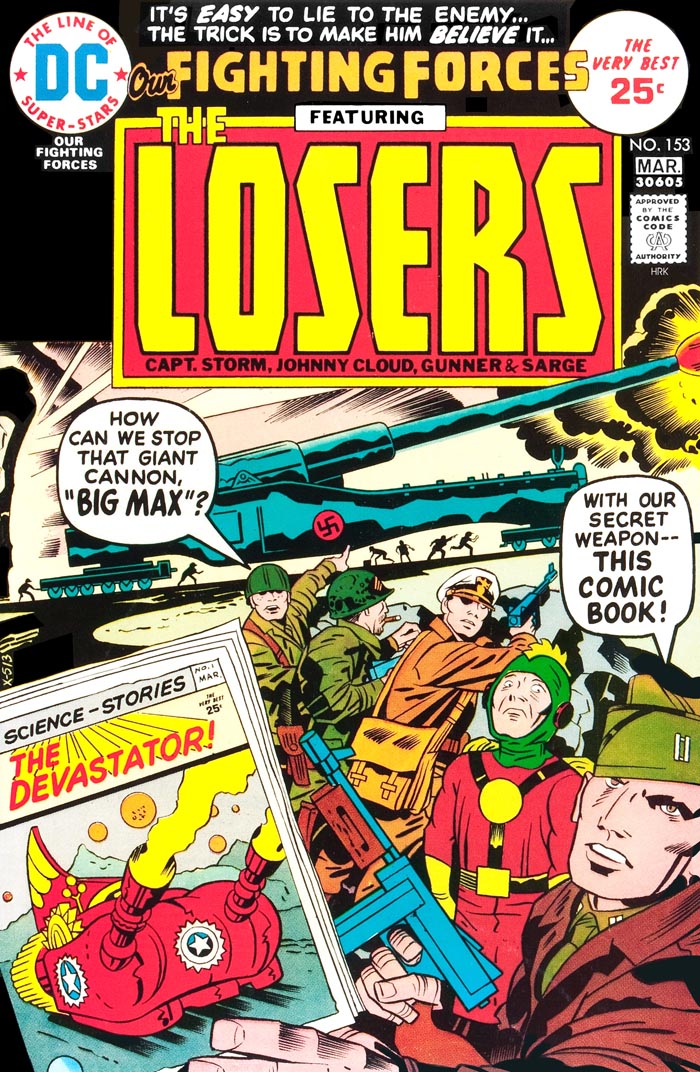 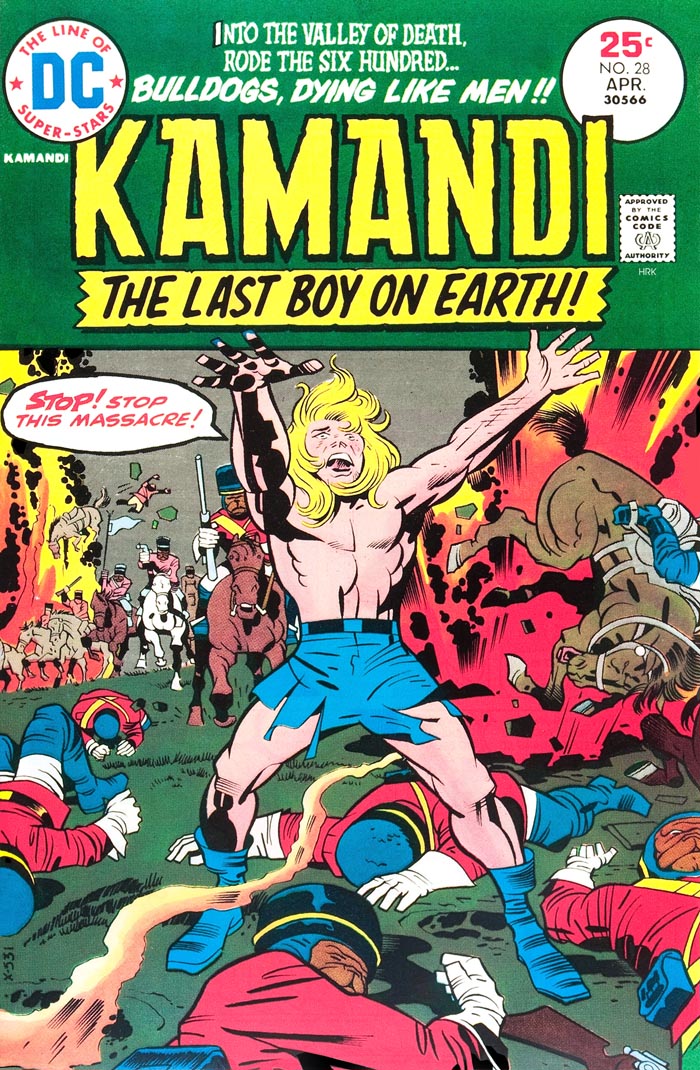 WOW!!!  One of the most exciting pages in the entire 8-issue run of the book! 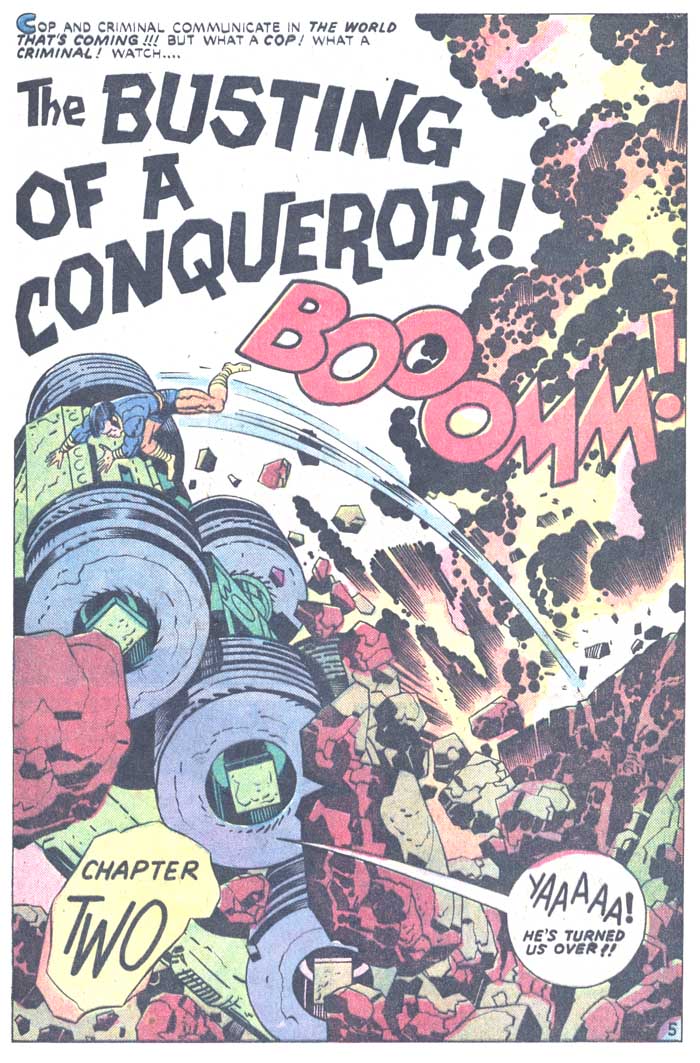 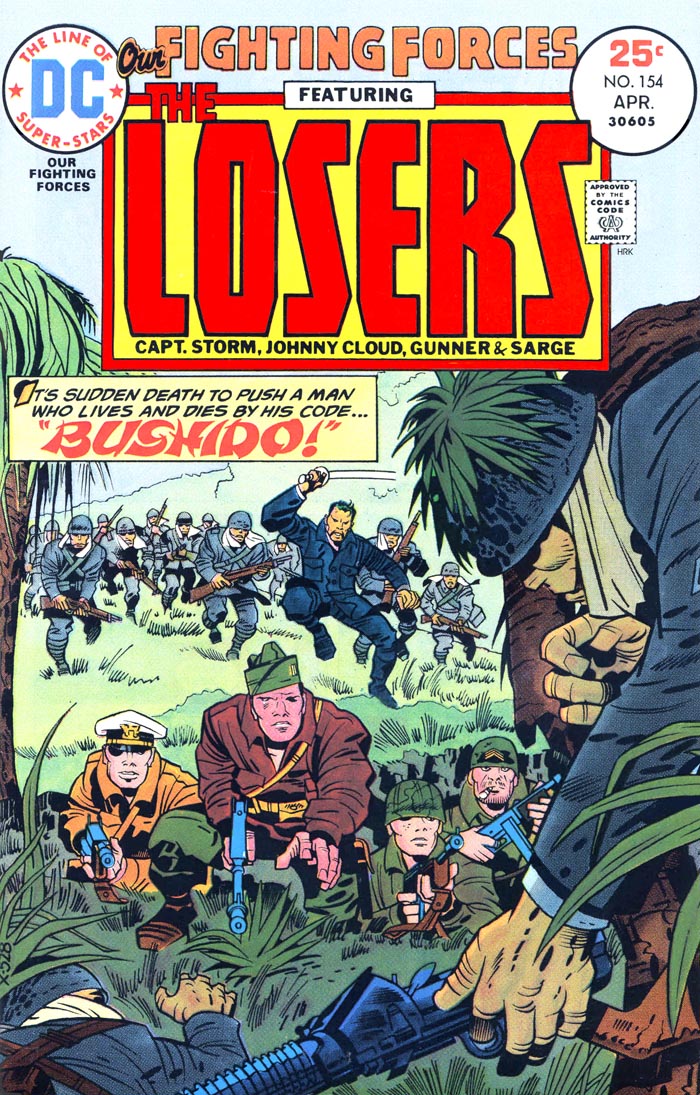 The first of Jack Kirby's "rejected" concepts to see the light of day was ATLAS THE GREAT. The story appeared in the 1st issue of 1ST ISSUE SPECIAL, a new anthology in the tradition of DC's SHOWCASE, which featured new and returning characters as potential pilots for new series. However, so few of the series' short run were actually spun off into their own books, a case could be made that it acted more as a dumping ground for "unsold pilots", the way the TV networks often run rejected shows during the summer months when nobody's watching, as "filler".

This is a shame, as ATLAS fit very well in the long tradition of Italian "sword and sandals" films that were so popular in the 1960's, as well as "sword and sorcery" and "barbarian" series that spilled over into comics, beginning with Marvel's CONAN THE BARBARIAN.  What is particularly striking is how the first half of this issue so closely mirrors the opening sequence of John Milius' 1980 CONAN film, before veering off in a far more interesting and less downbeat direction.  It strongly suggests to me that the Milius' film swiped the "origin" sequence from Kirby (Robert E. Howard NEVER gave his hero an origin), then got it wrong. I've never liked that movie; I wound up loving this comic!!

Most annoying is that Kirby's story ends at the halfway point. I find it infuriating that DC turned this down, while we got so many issues of THE DEMON, KAMANDI, and OUR FIGHTING FORCES.  Reading ATLAS also made me dearly wish Kirby had done a THUNDARR THE BARBARIAN comic, considering all the fantastic work he put into that TV series. 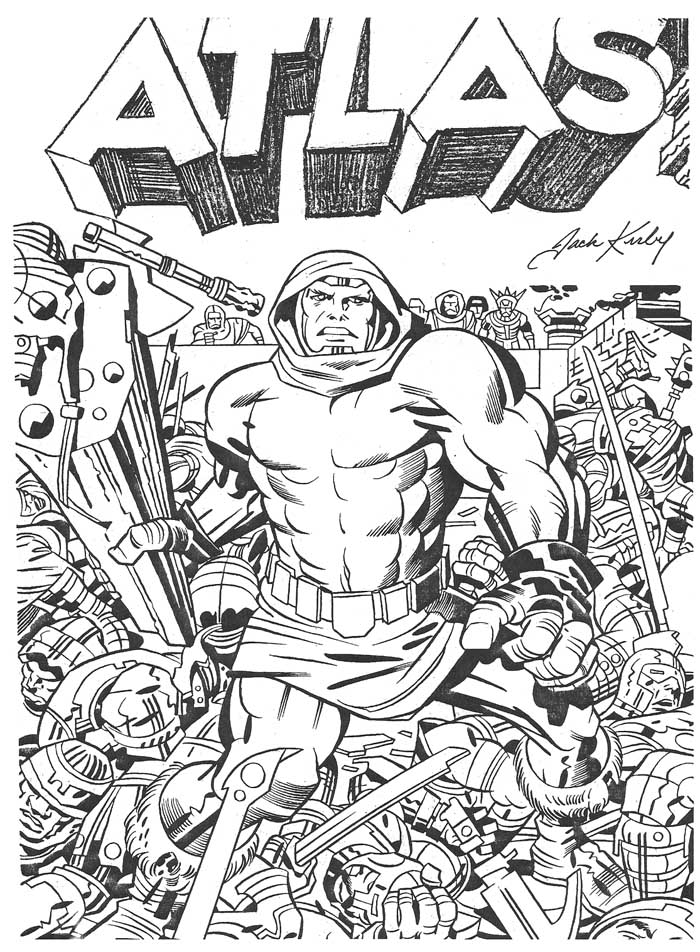 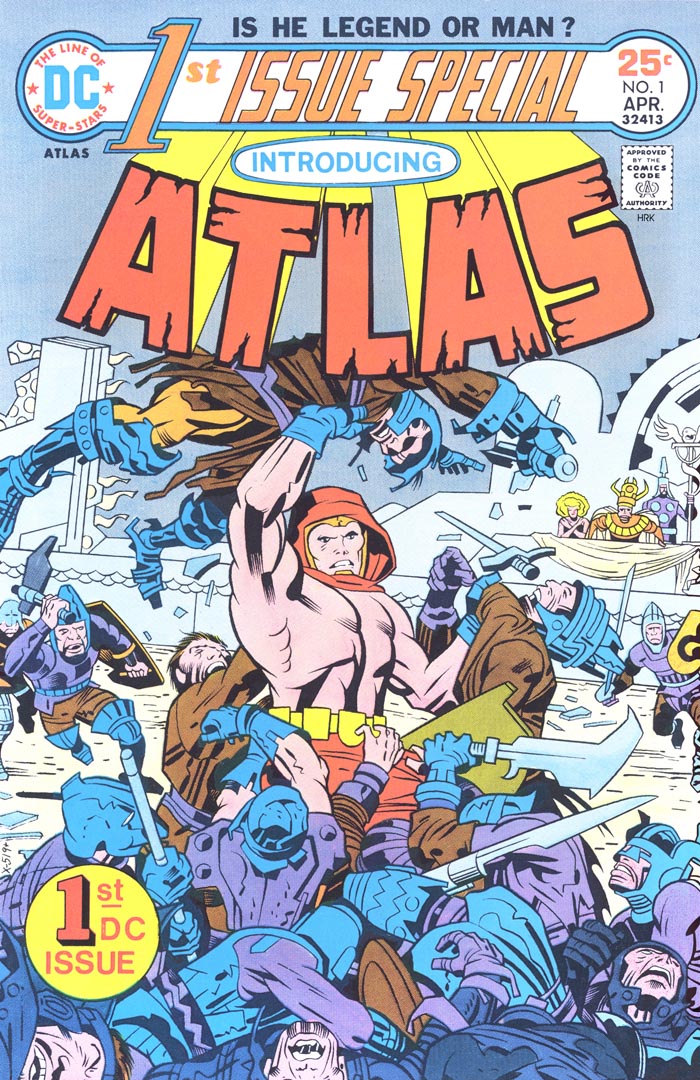 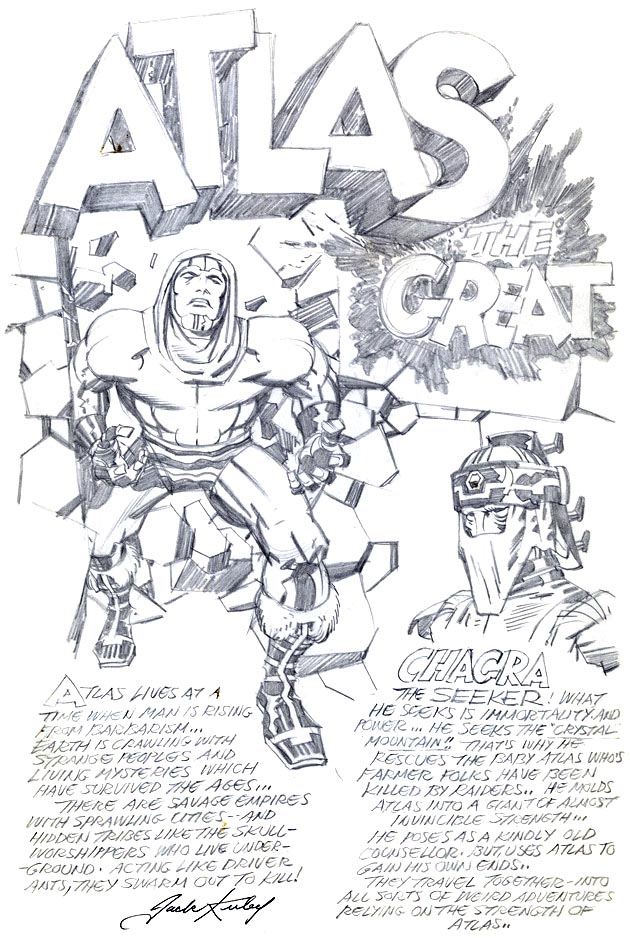 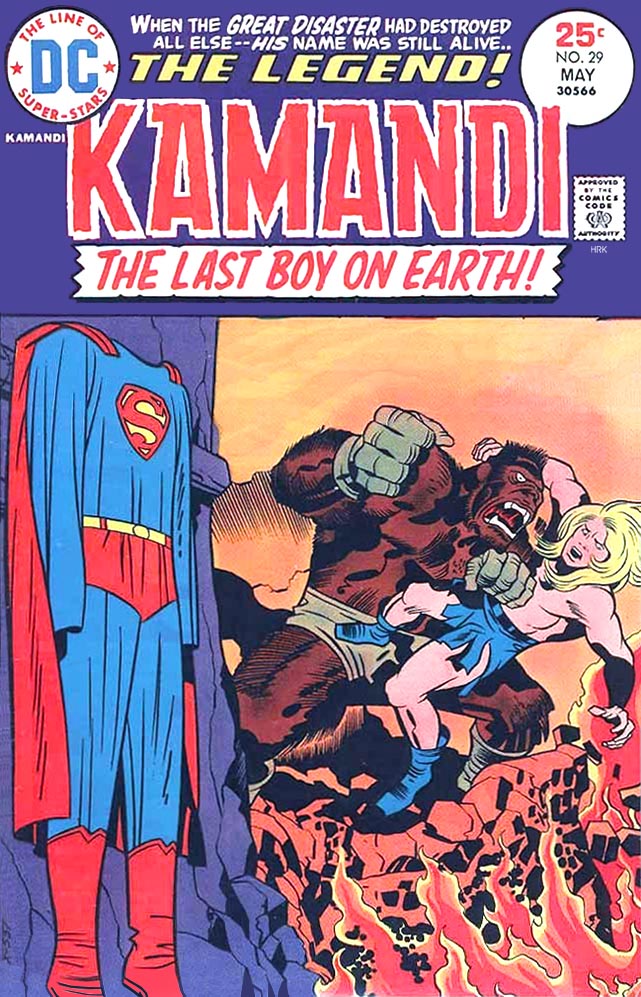 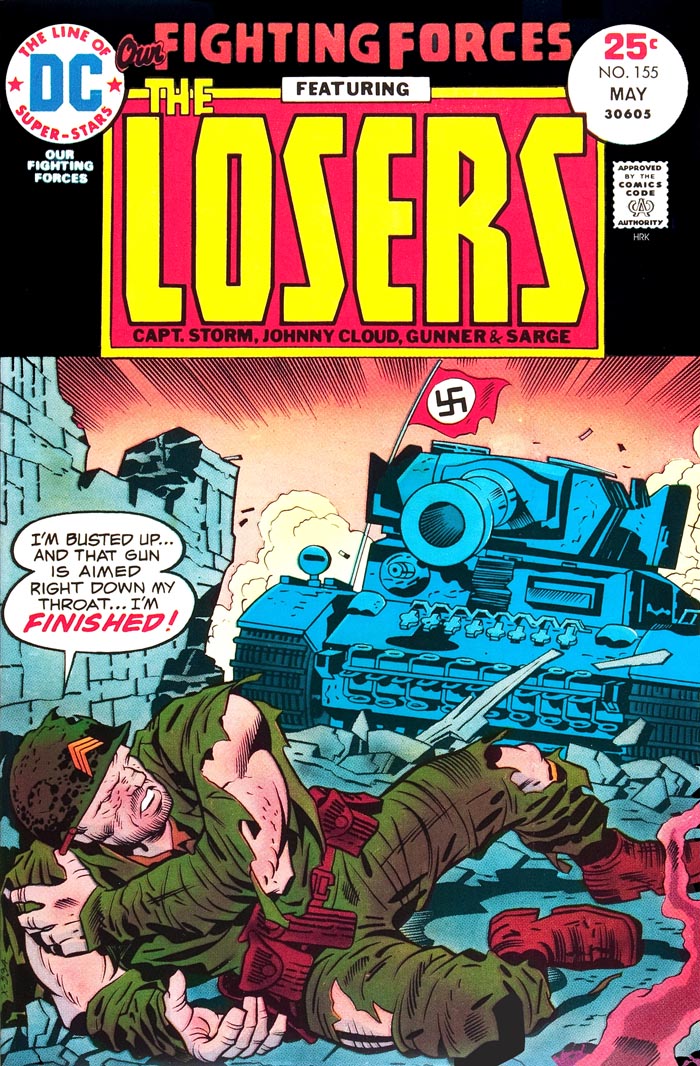