In the months following the cancellation of MISTER MIRACLE, Jack Kirby was busy creating concepts, proposals and "pilot episodes" for several new series.  But for whatever reason, the powers-at-be at DC apparently rejected most of what he was coming up with.  Such potential series as DINGBATS OF DANGER STREET (a new "kid gang" series) ATLAS (which followed the long-standing tradition of Hercules and the hugely-successful Italian "sword and sandals" film genre of the 1960's), and a totally new take on DC's MANHUNTER (which Kirby had worked on in the early-1940's) all fell by the wayside, to turn up eventually in 1st ISSUE SPECIAL, a new "SHOWCASE"-style title which seemed designed more to publish already-rejected "inventory" stories than any genuine attempt at promoting potential new series.

The first new concept to debut from this period was OMAC (One Man Army Corp), which was a variation on a concept Jack had been toying with since 1968-- "Captain America In The Future".  OMAC allowed Jack to go completely wild not only with high-charged, explosive action, but with wild, outrageous science-fiction ideas.  Perhaps the scariest thing about "The World That's Coming", as Jack called it, was how much of it has already come true in the years since its publication.

And meanwhile, KAMANDI kept cranking on and on and on... 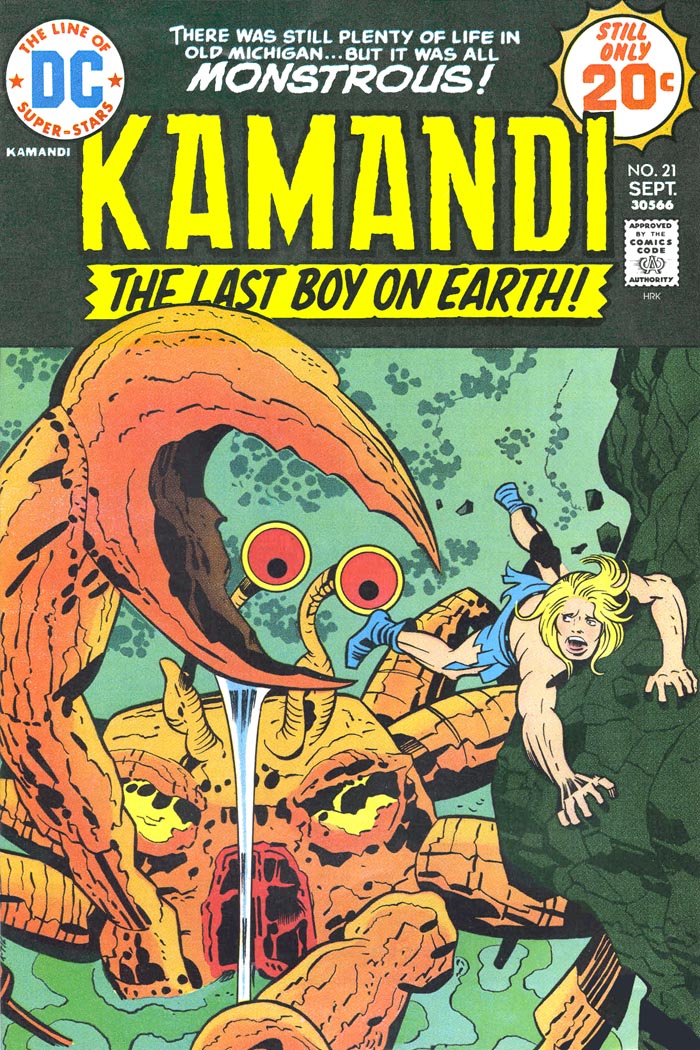 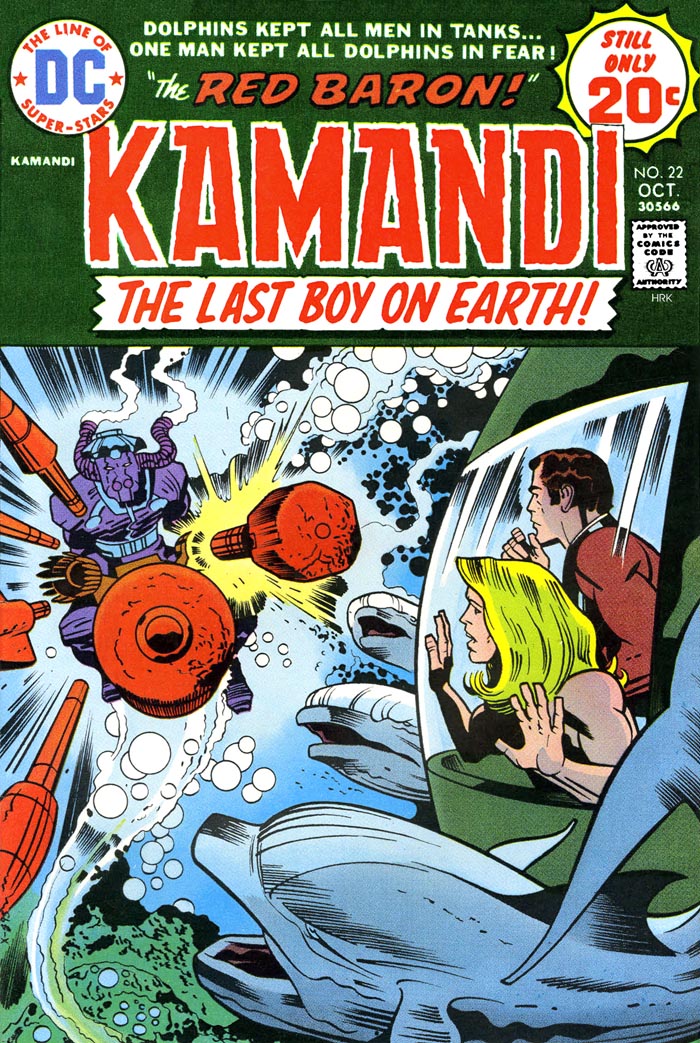 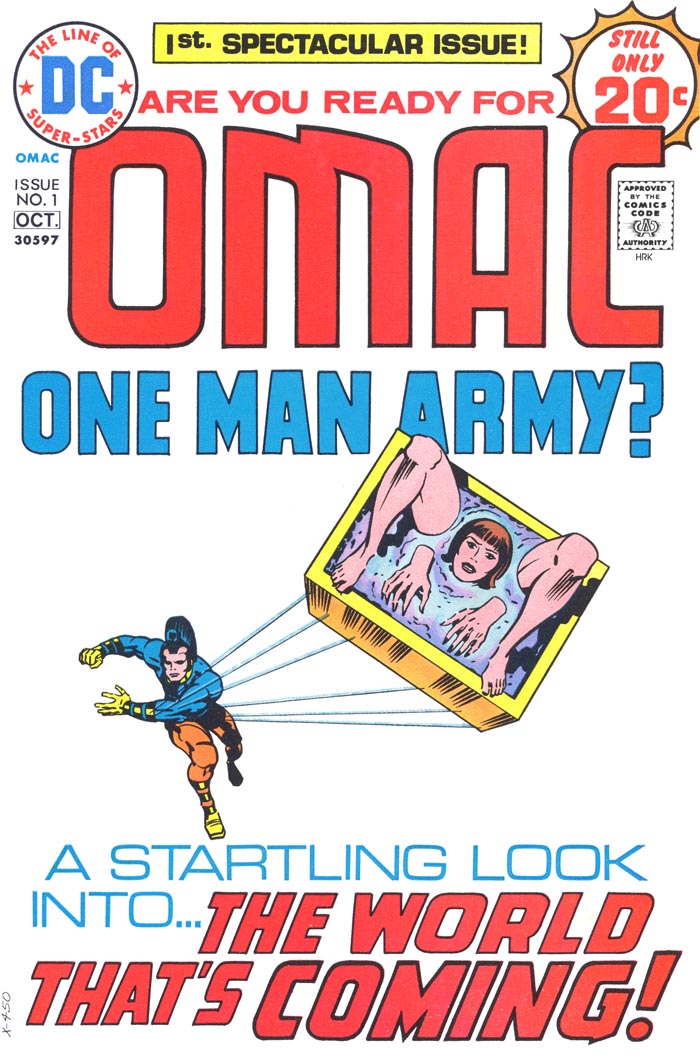 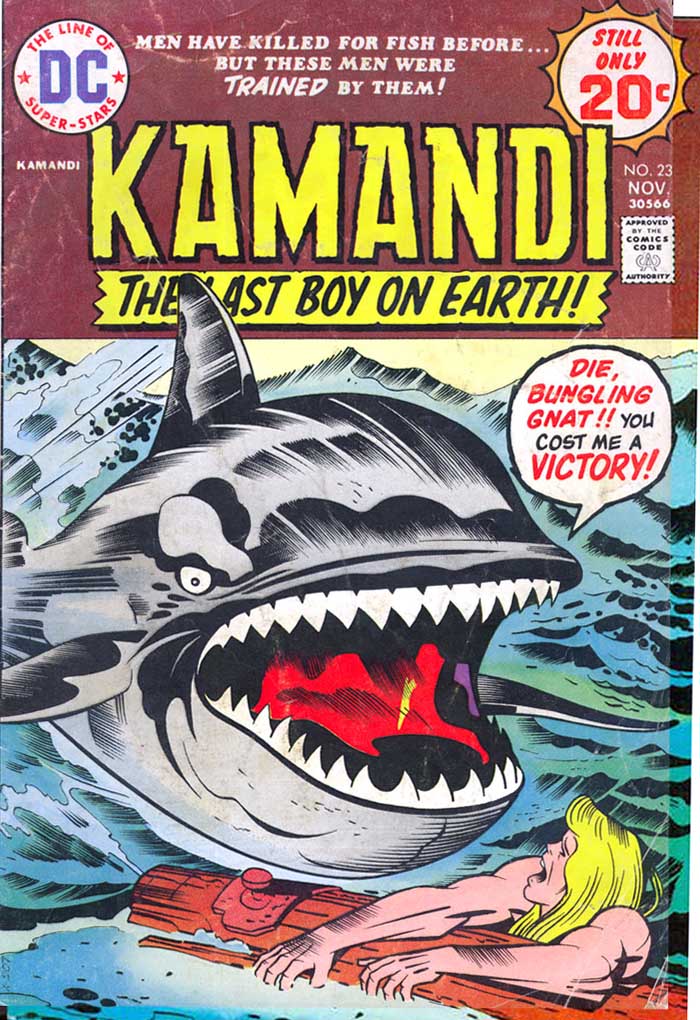 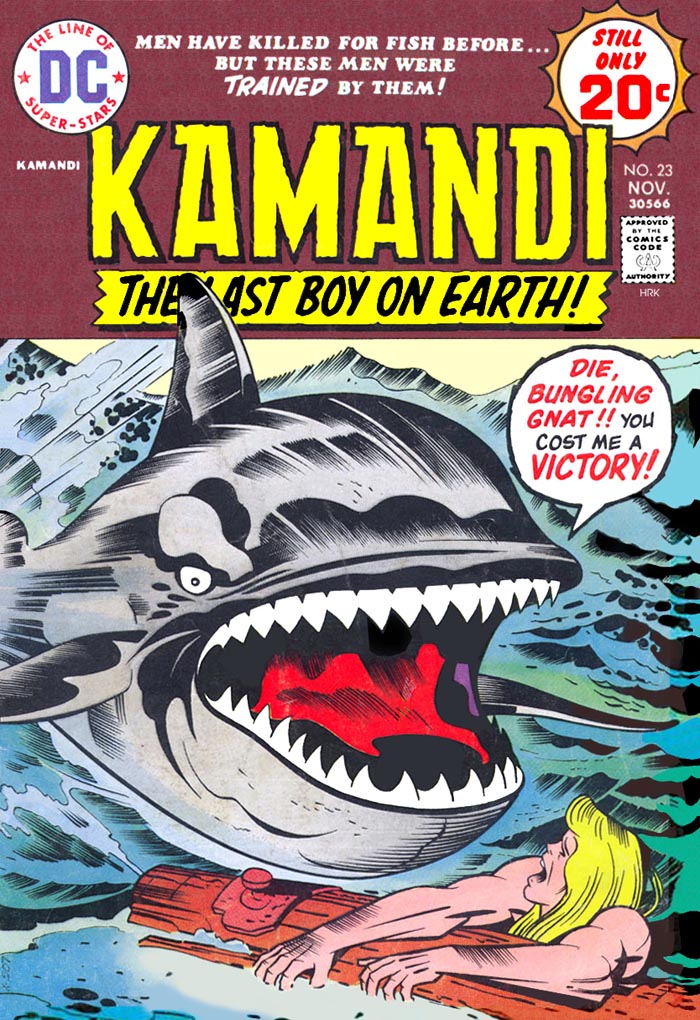 In a strange twist of fate, ONE month after the debut of Jack's "One Man Army Corps",  he took over The Losers series in OUR FIGHTING FORCES.  The series had been created by Robert Kanigher with art by Joe Kubert in OFF #123 (Feb'70), and featured 4 characters who had each previously headlined their own series in various DC anthology titles.  In effect, it was a U.S. Army version of the J.S.A., J.L.A. or AVENGERS, only with a decidedly downbeat, "bad luck" attitude influenced by the then-current Viet Nam War.

Typical of Jack, he changed the tone of the series to suit his own style & attitude, a move which resulted in negative fan letters at the time, but positive reviews in the decades since. The series gave Jack a chance to do some of his most "personal" writing ever, as he mined his own WW2 experiences for story ideas.

For more info on THE LOSERS, see the Wikipedia article. 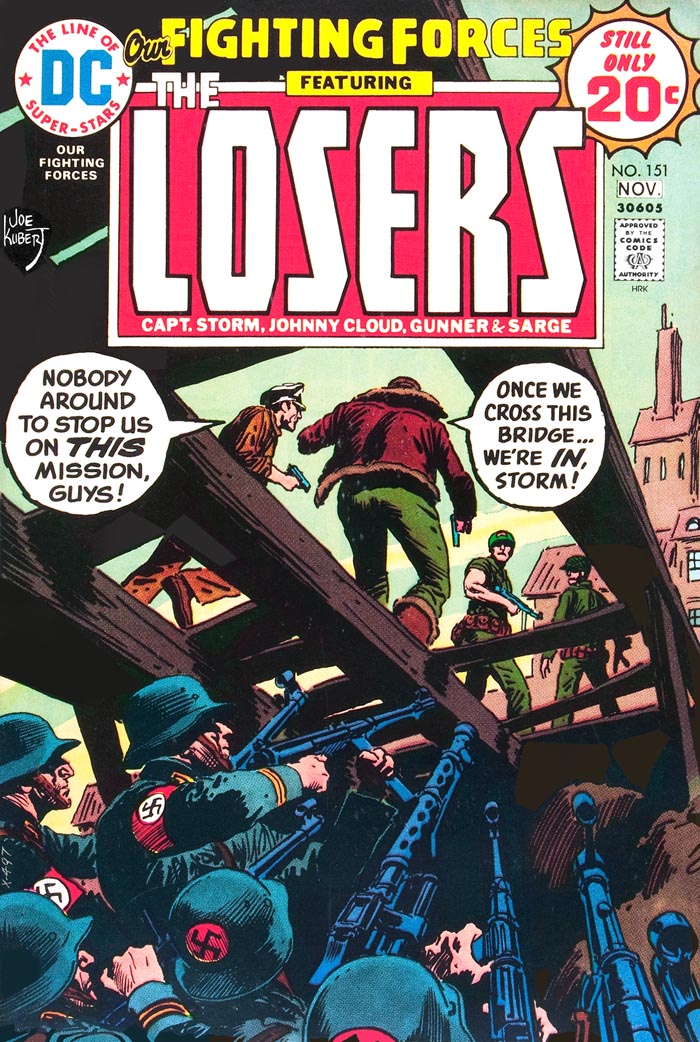 Here's a brief review of the issue above by Bob Heer. 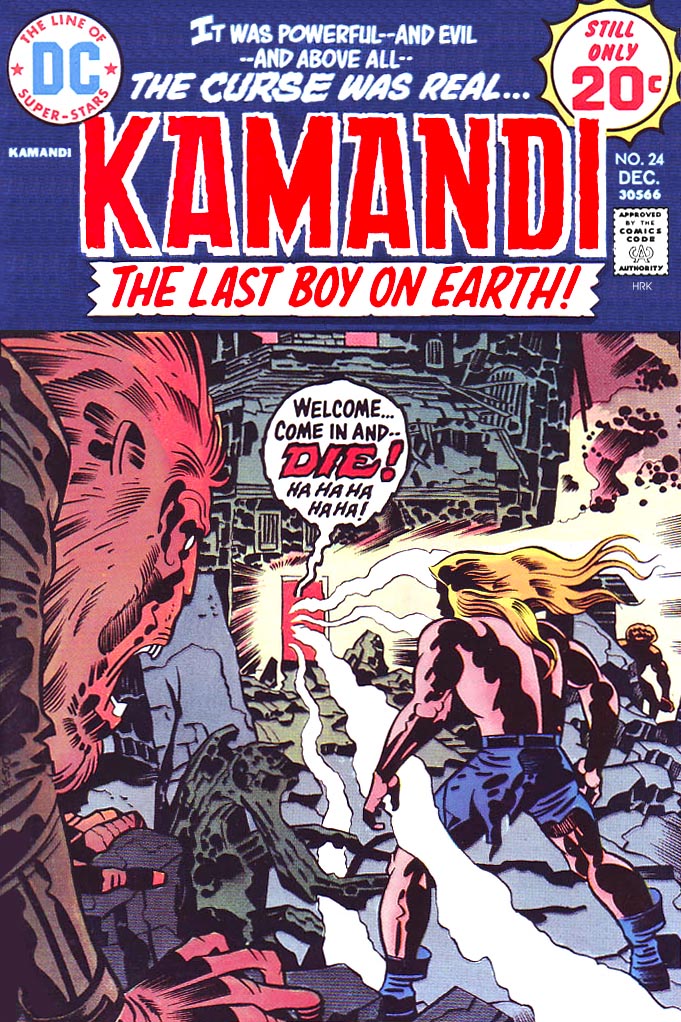 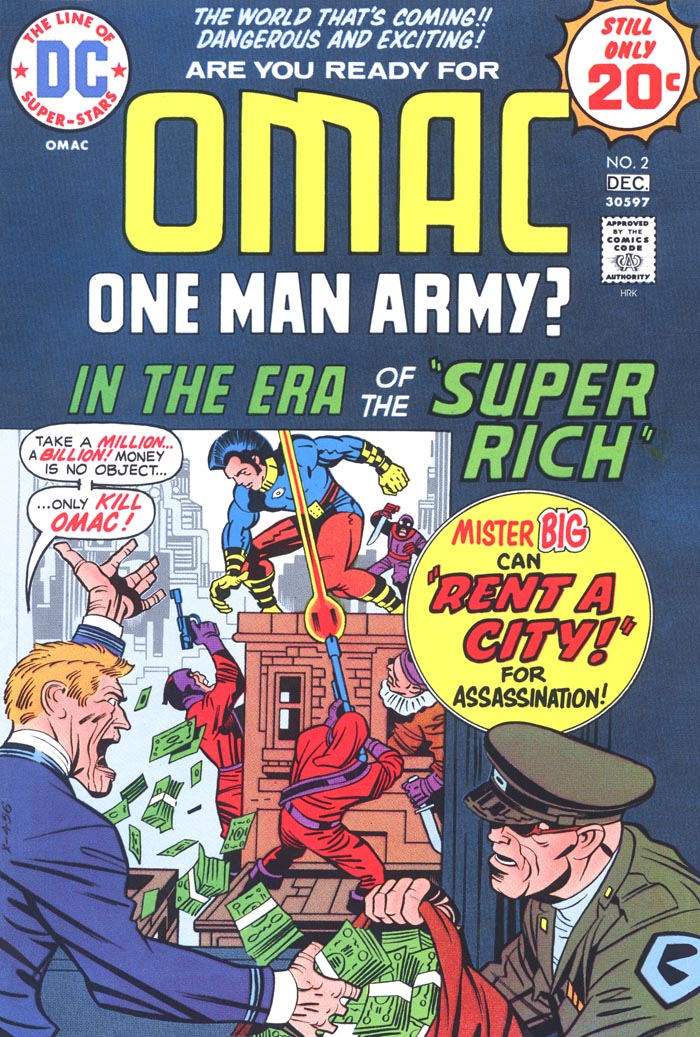 Perhaps the strangest detour Jack Kirby took while at DC in the 70's was being briefly re-teamed with his ex-partner Joe Simon.  Simon & Jerry Grandenetti had been working together to create a number of series, none of which were very successful, when someone apparently thought it might be a cute idea to have Kirby do the art for one of them. Somehow, sales on the intended one-shot warranted a continuation some months later, and while Ernie Chua pencilled issues #2 & 3, Kirby returned for #4-7 (the final story actually being run in a BEST OF DC digest).  I can honestly say this new version of THE SANDMAN is, by a mile, the worst-conceived & written comics I've seen Kirby associated with in the whole of the 1970's. It's a toss-up as to whether Joe Simon or Michael Fleischer was the worse writer. 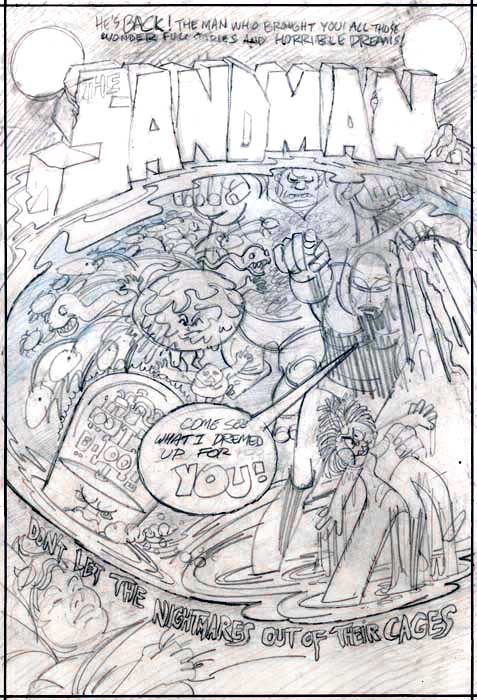 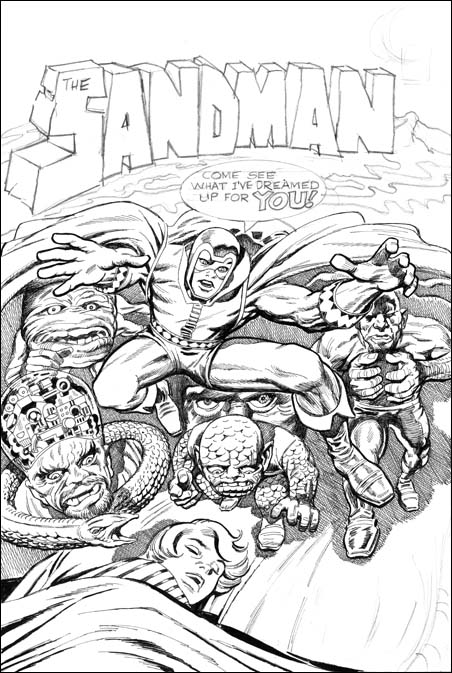 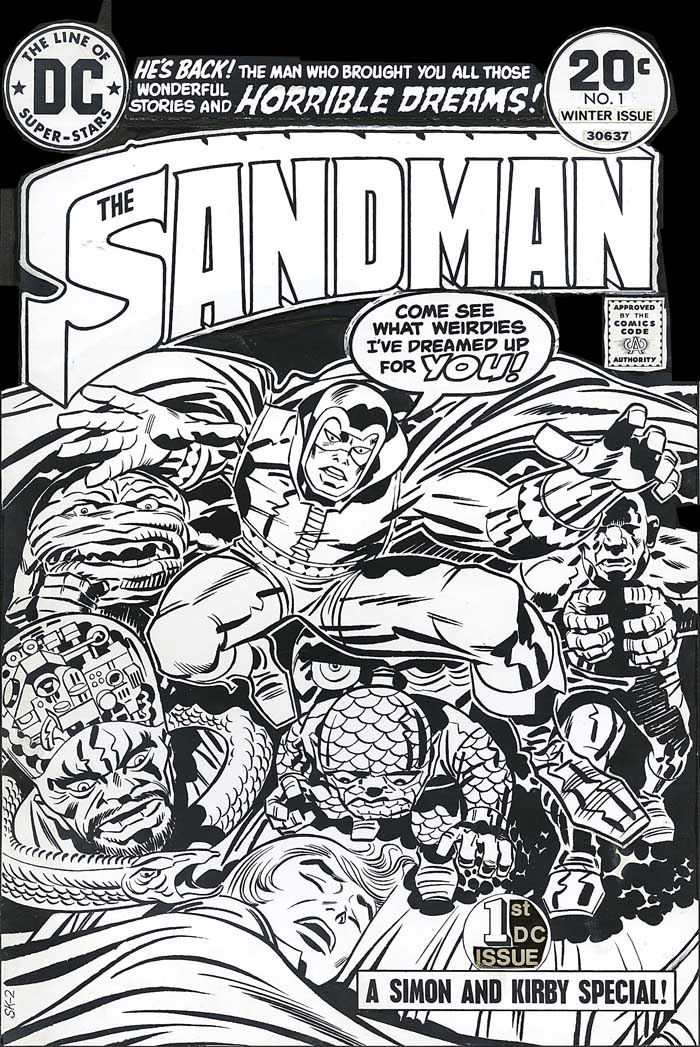 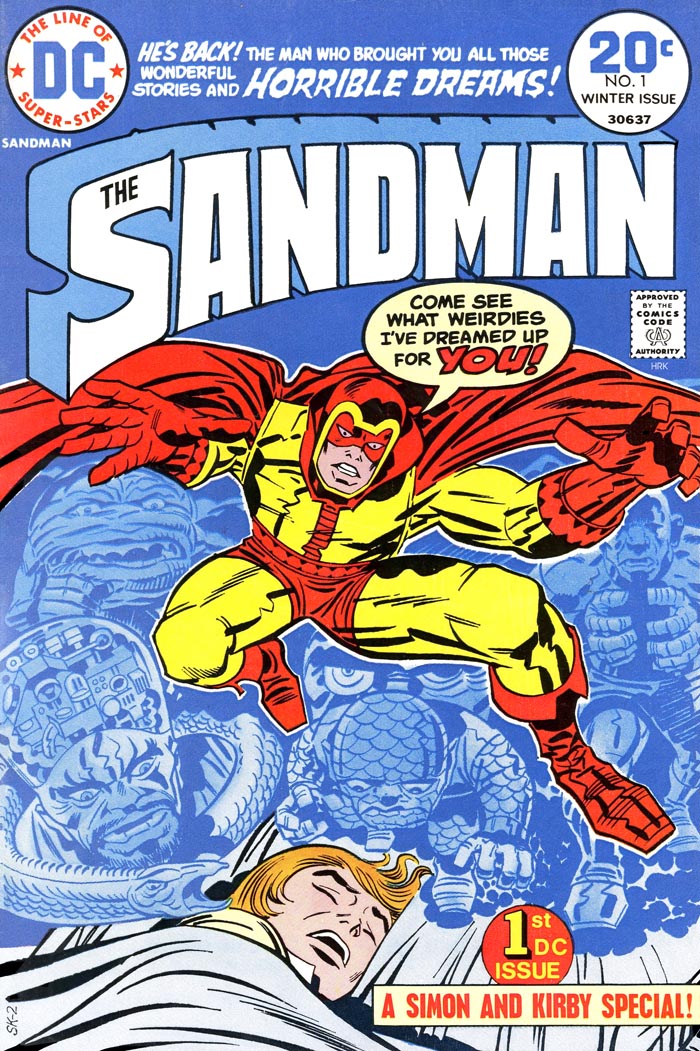 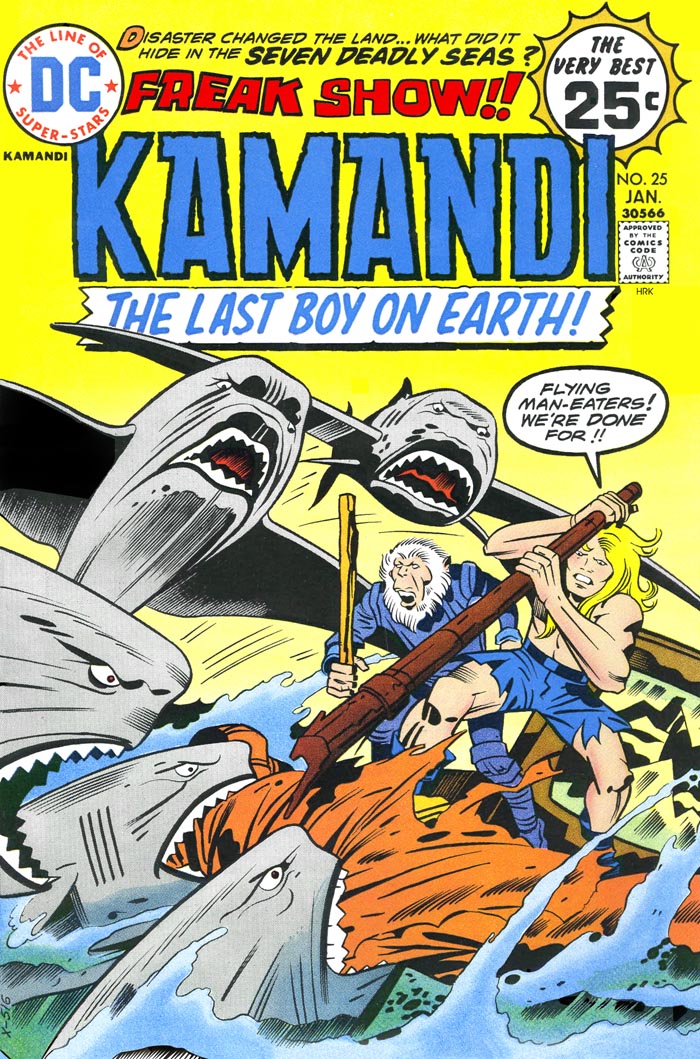 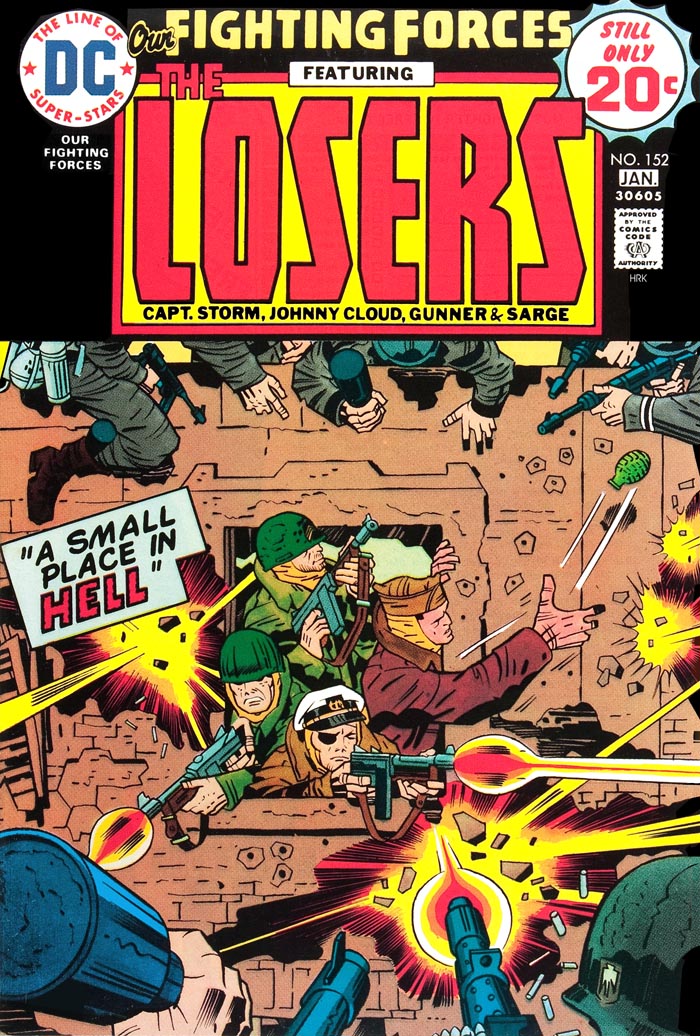 To read the above story online, go to
Matthew H. Camp's Mars Will Send No More blog!