Editorial Novaro is a publisher based in Mexico City.  Beginning in the 1950s, their output has included reprints of American comics.  For "fiscal reasons" they had subdivisions, EMSA (Ediciones Modernas), SEA (Sociedad Editora America), and for many years were the single largest comics publisher in Latin America.

TDCC only did 2 Poe adaptations.  The second was Poe's nautical adventure-disaster tale...

As of 10-21-2018, I have not been able to determine who the writer or artist were on this book.  Any help in that area would be appreciated! 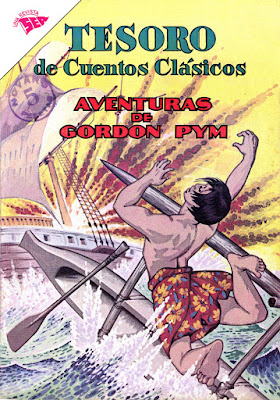 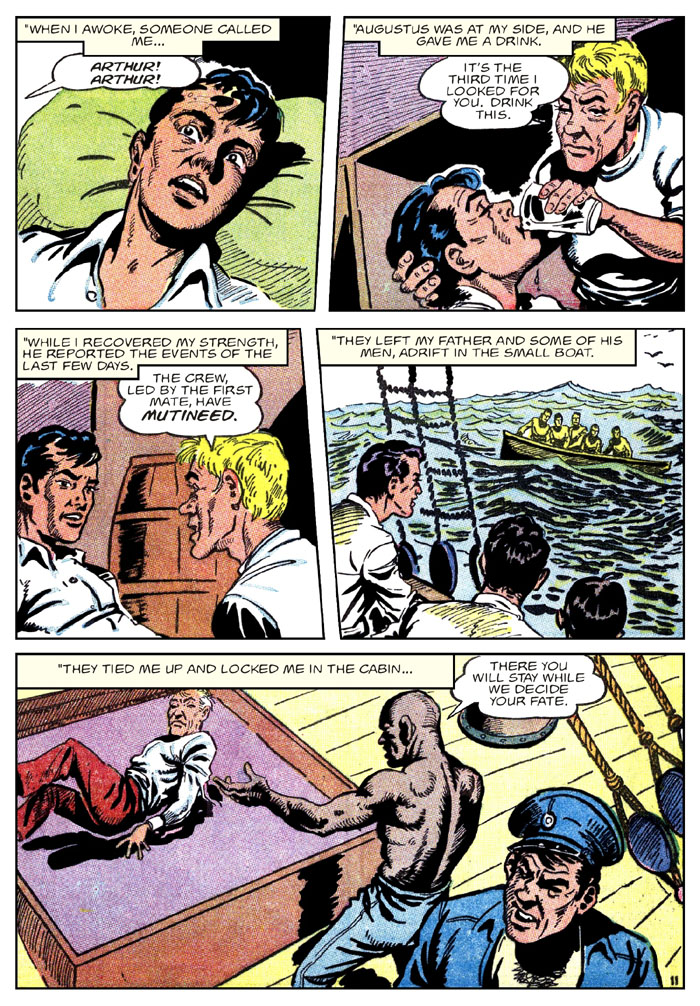 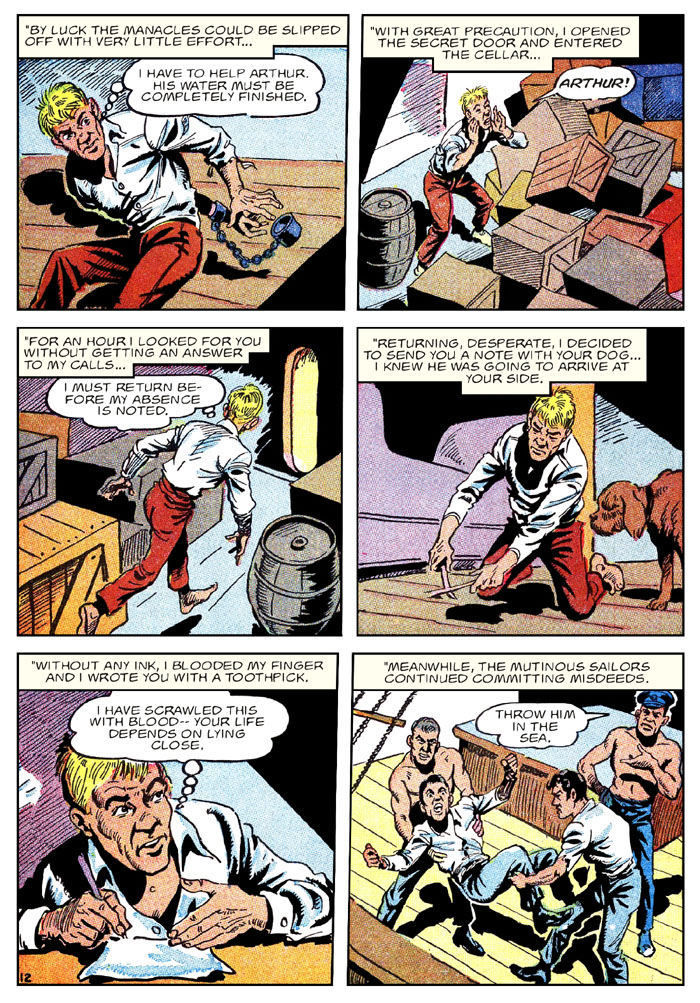 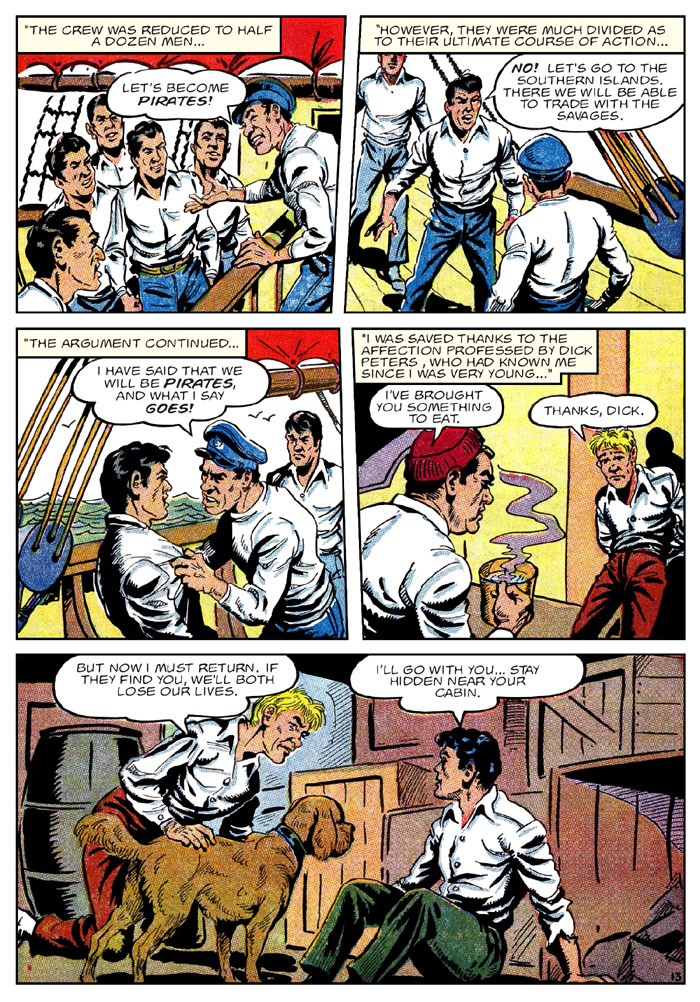 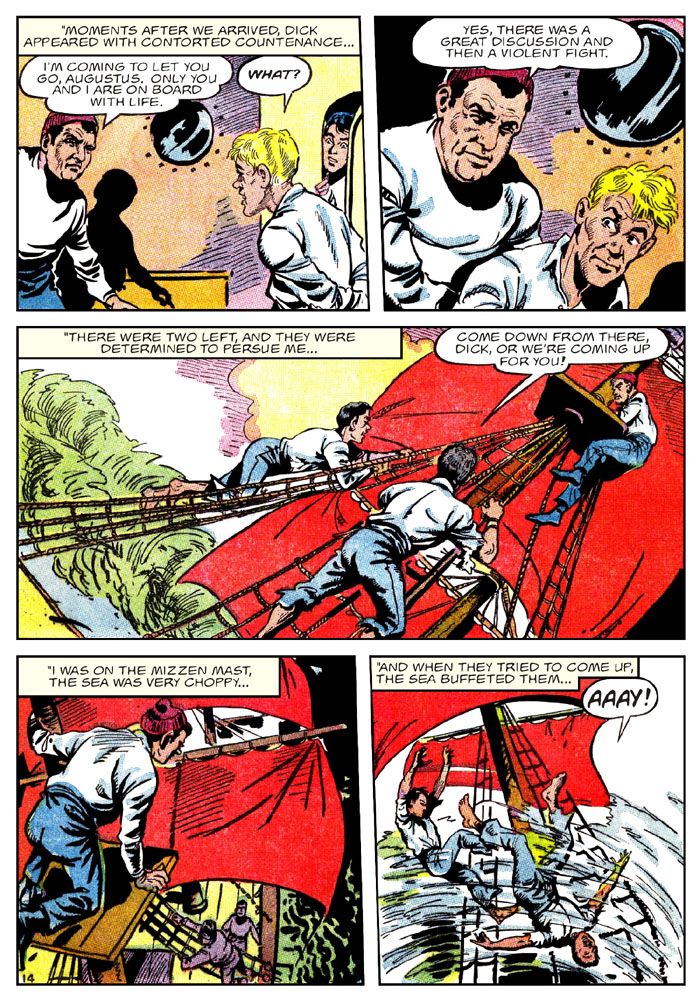 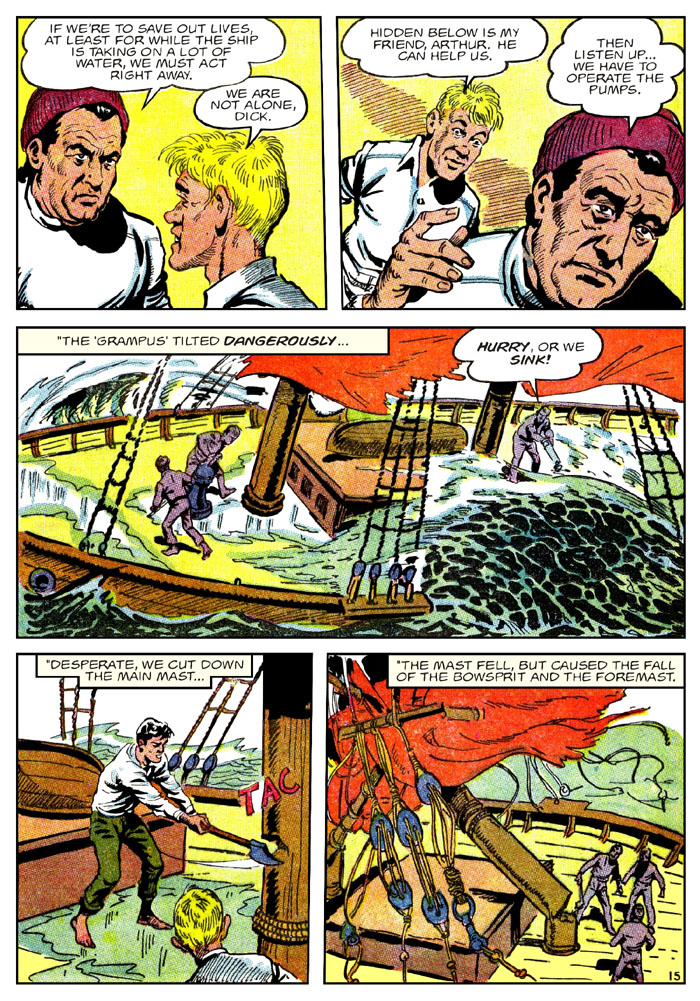 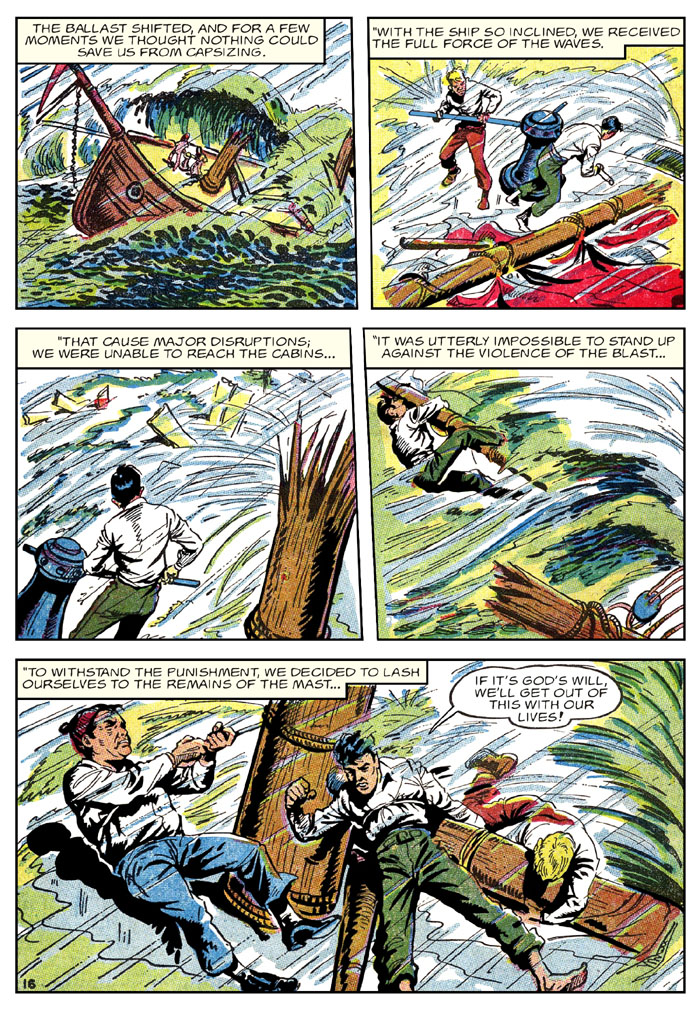 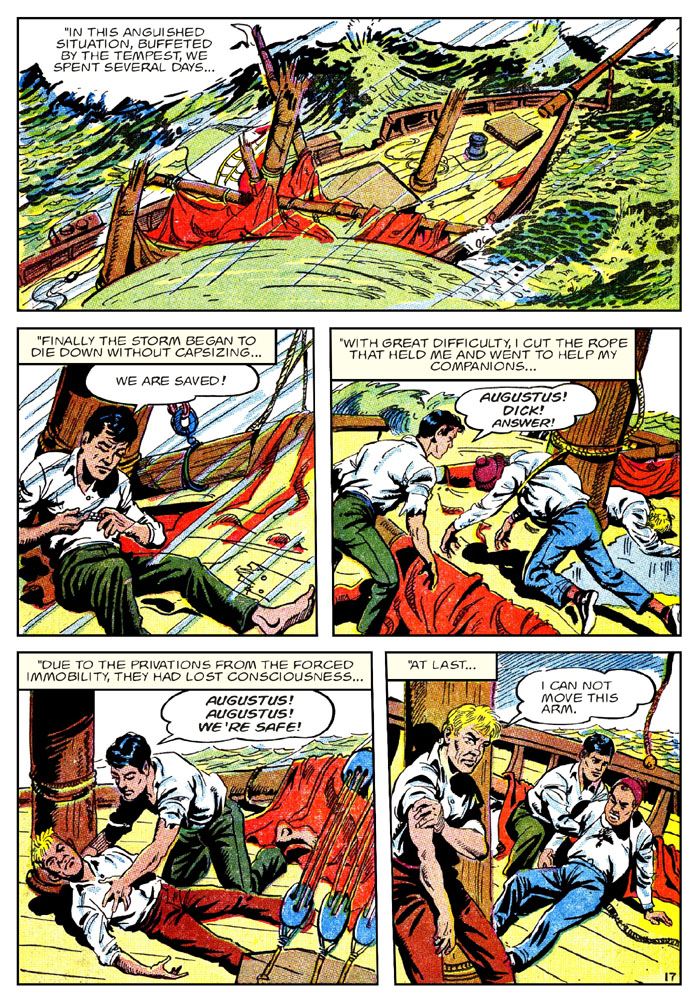 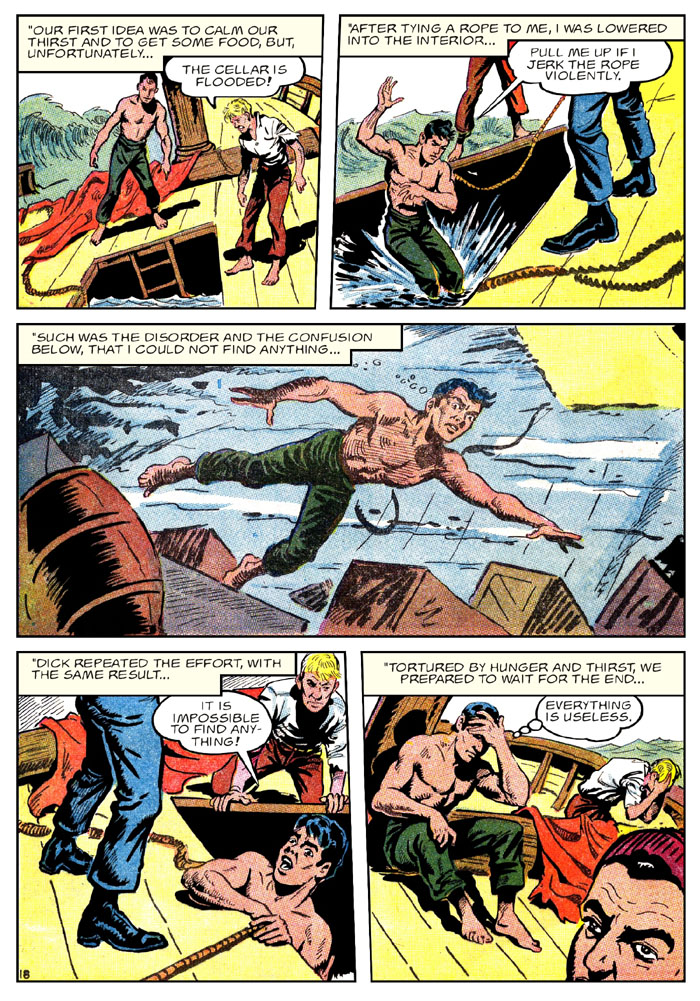 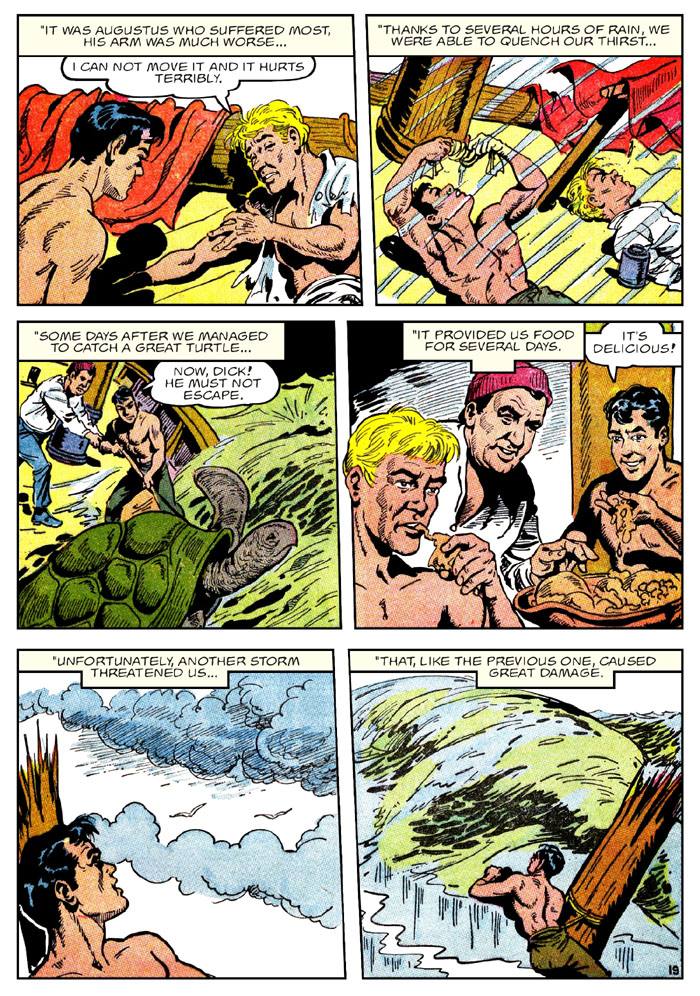 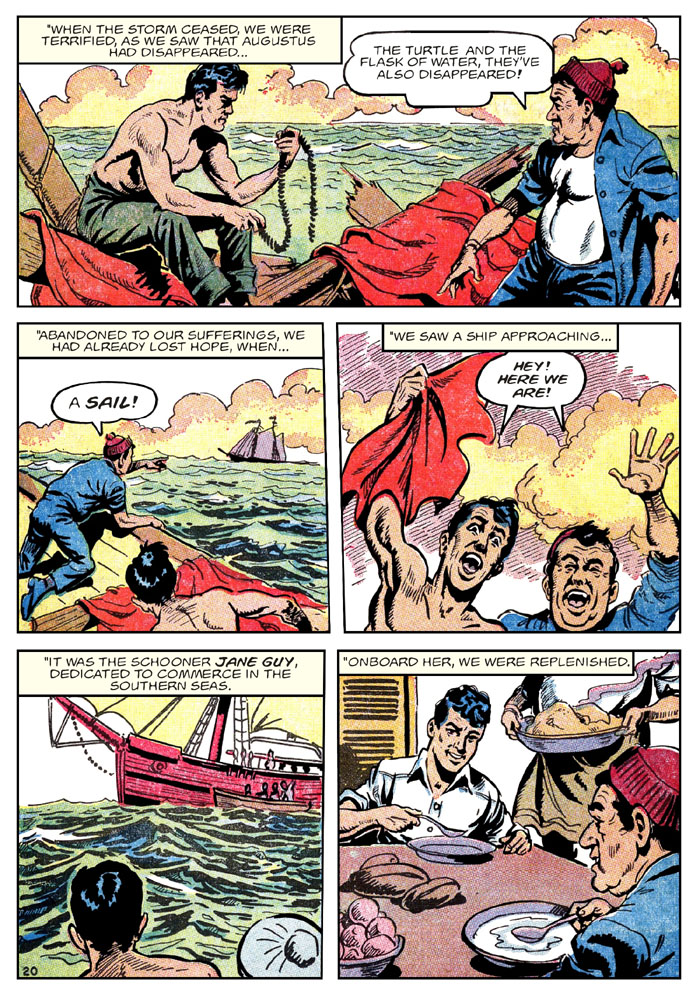 Scans of TESORO DE CUENTOS CLASICOS #72
from MY collection!
with special thanks to Jose Antonio Bautista Perez ("Snake Alves")
in Spain.