Editorial Novaro is a publisher based in Mexico City.  Begining in the 1950s, their output has included reprints of American comics.  For "fiscal reasons" they had subdivisions, EMSA (Ediciones Modernas), SEA (Sociedad Editora America), and for many years were the single largest comics publisher in Latin America.

In the 1970s, the demand for American comics was so high in Latin American countries and Spain, that local talent was recruited to create new adventures never seen in America!

Since 1985, they decided to drop out of comics to focus on other publishing areas, including free textbooks to Mexico's education system, which are printed in the millions, because they are distributed on several continents.

TESORO DE CUENTOS CLASICOS ("Treasury Of Classic Tales") was Novaro's home-grown version of Gilberton's CLASSICS ILLUSTRATED.  Most of the first 159 issues featured "classics" stories.  Sprinkled in among them were stories of SHERLOCK HOLMES and FANTOMAS, as well as a number of reprint issues.  From issues 160 to 182, the series alternated between HOLMES and ARSENE LUPIN.  Issues 183 to 195 featured a series called "Mysteries of The Orient" (except for 194, which was a new "Classic" story).  Finally, issues 196 to 211 features stories involving vampires, no doubt a reflection of the early-70s horror boom.  So many publishers would keep the numbering of a run while changing the title, in this case the odd thing was they would change the format but maintain the overall title.

TDCC only did 2 Poe adaptations.  The first was the perrennial mystery-adventure tale...

As of 7-22-2018, I have not been able to determine who the writer or artist were on this book.  Any help in that area would be appreciated! 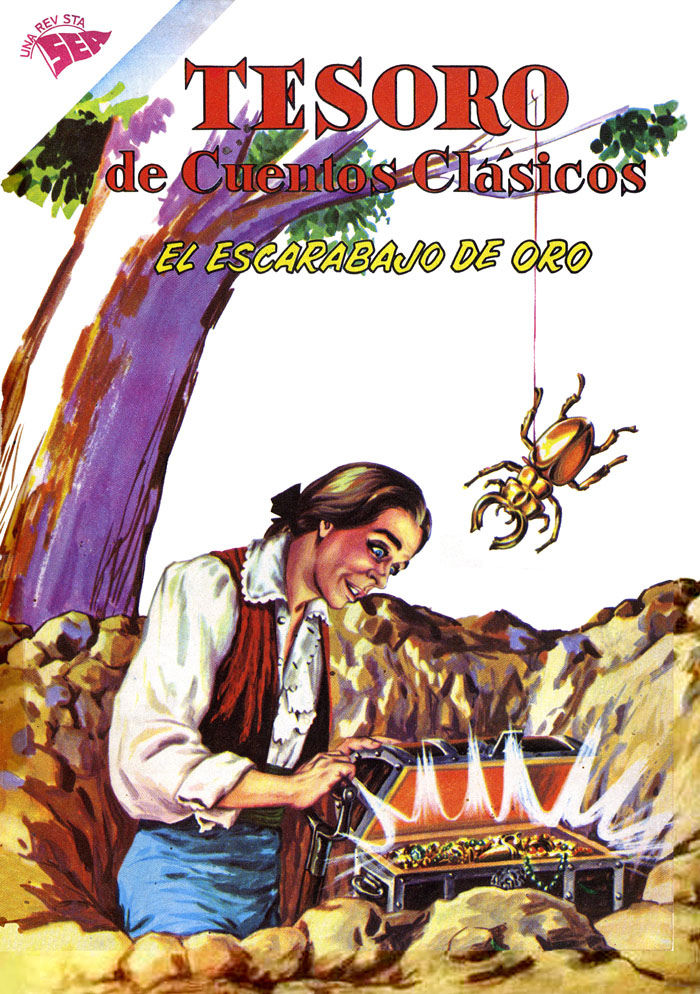 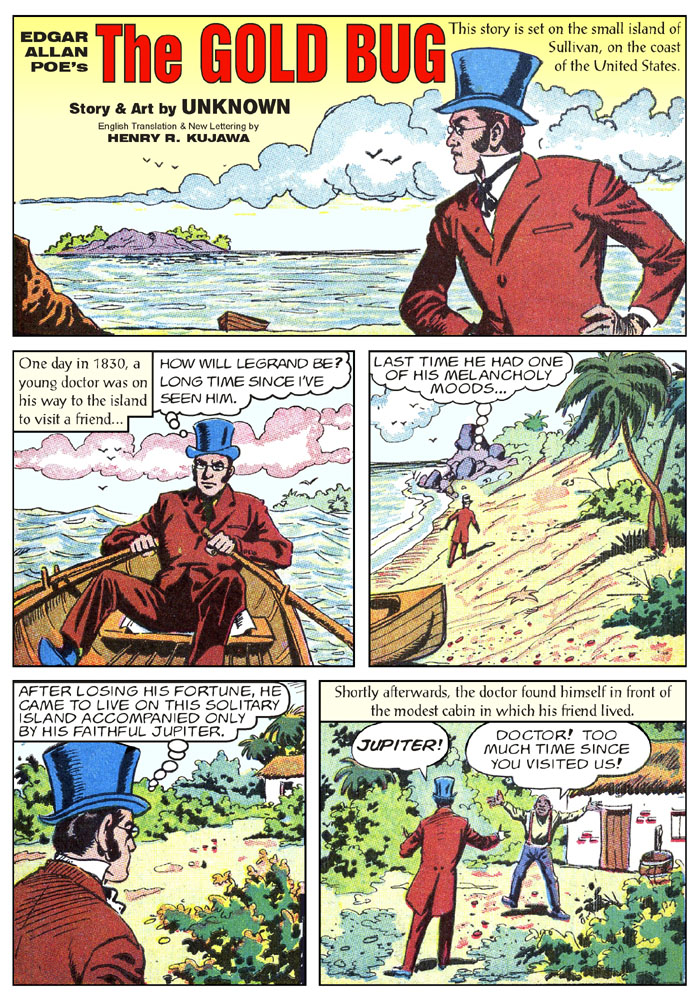 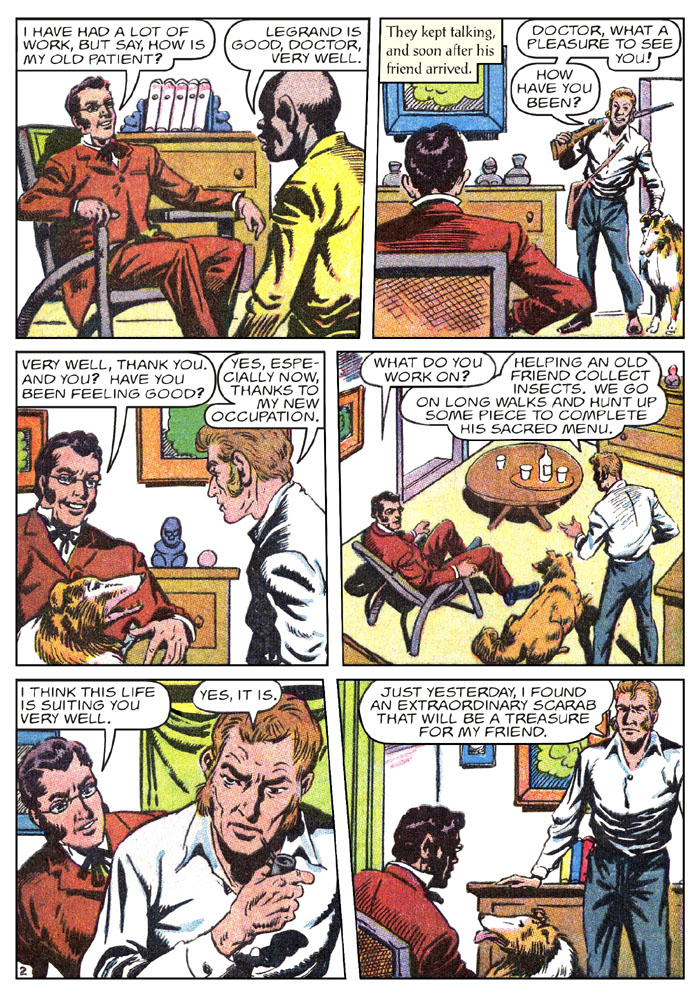 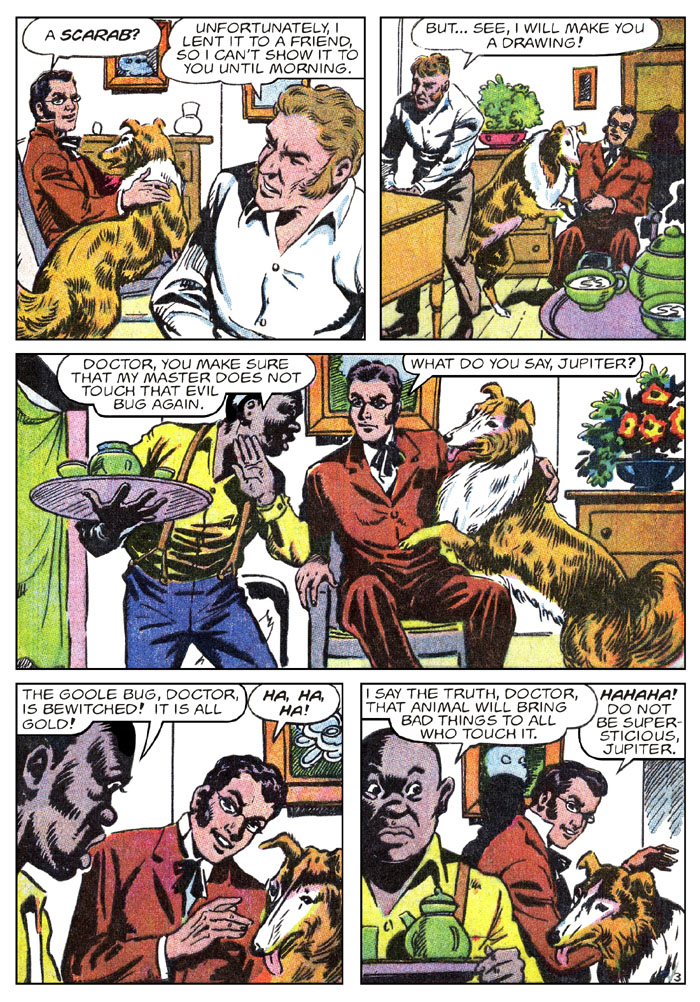 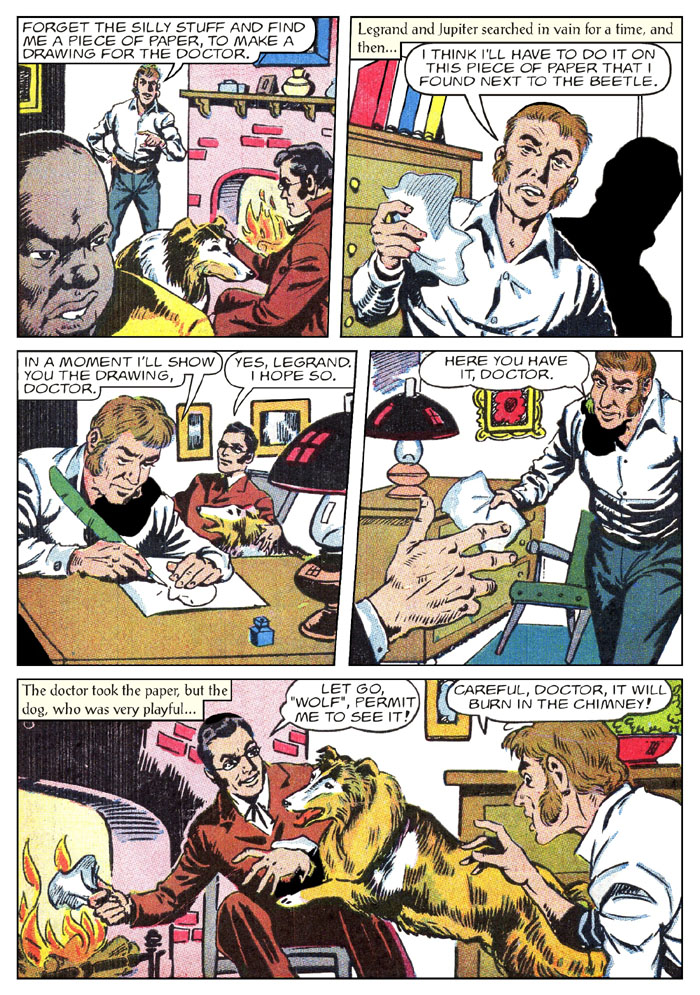 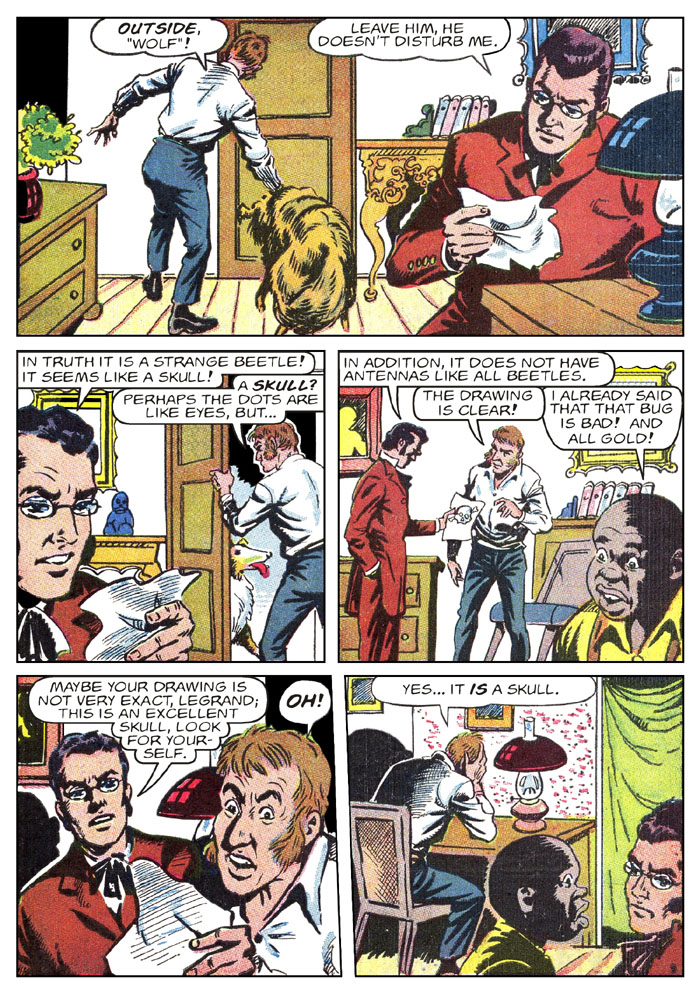 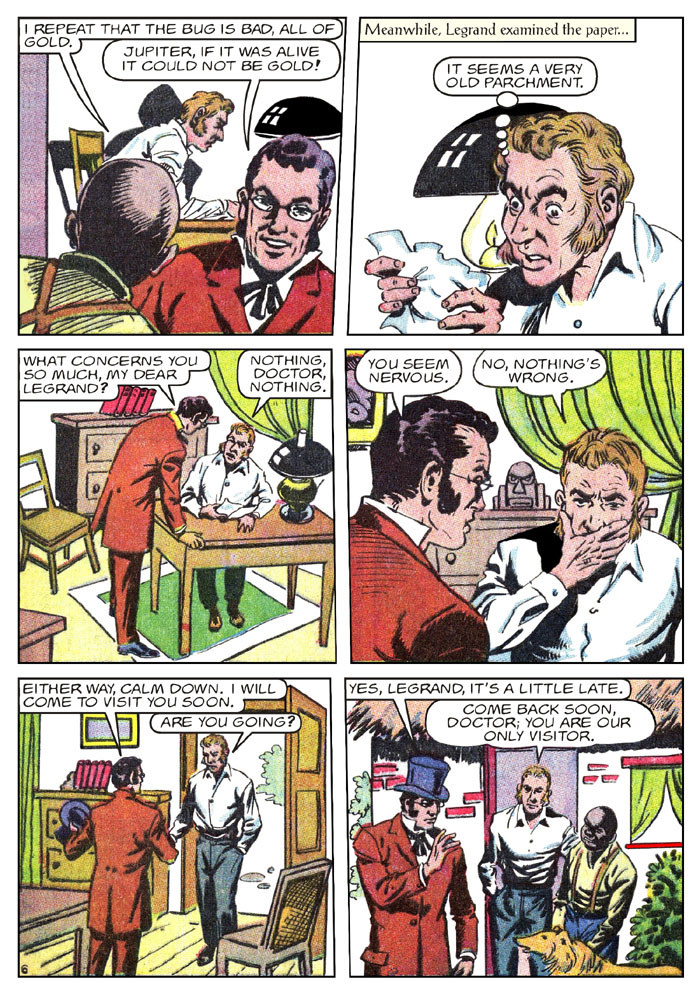 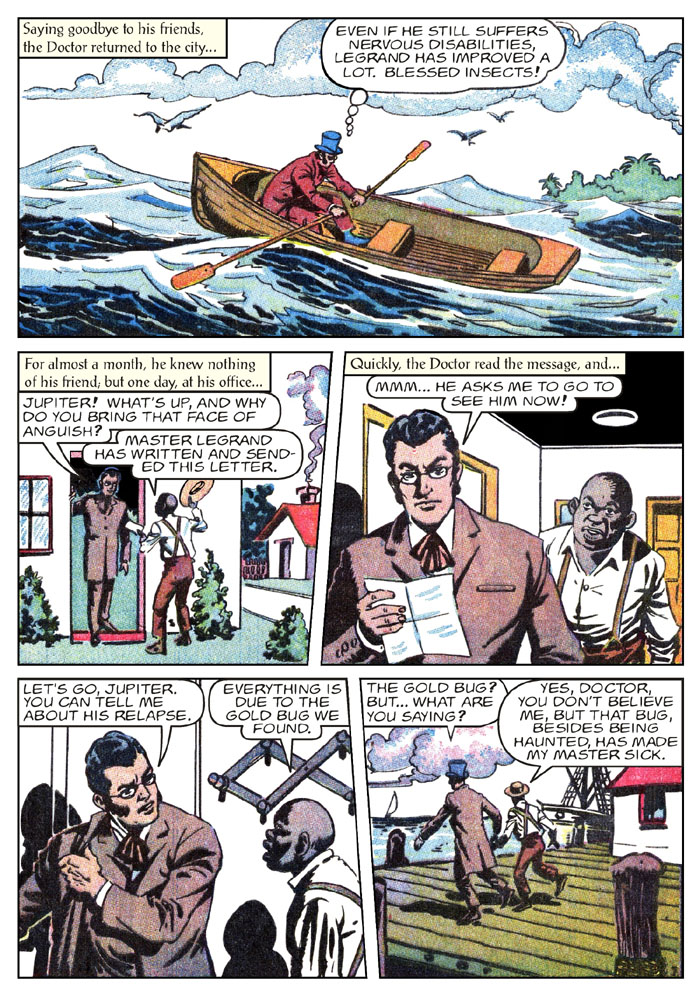 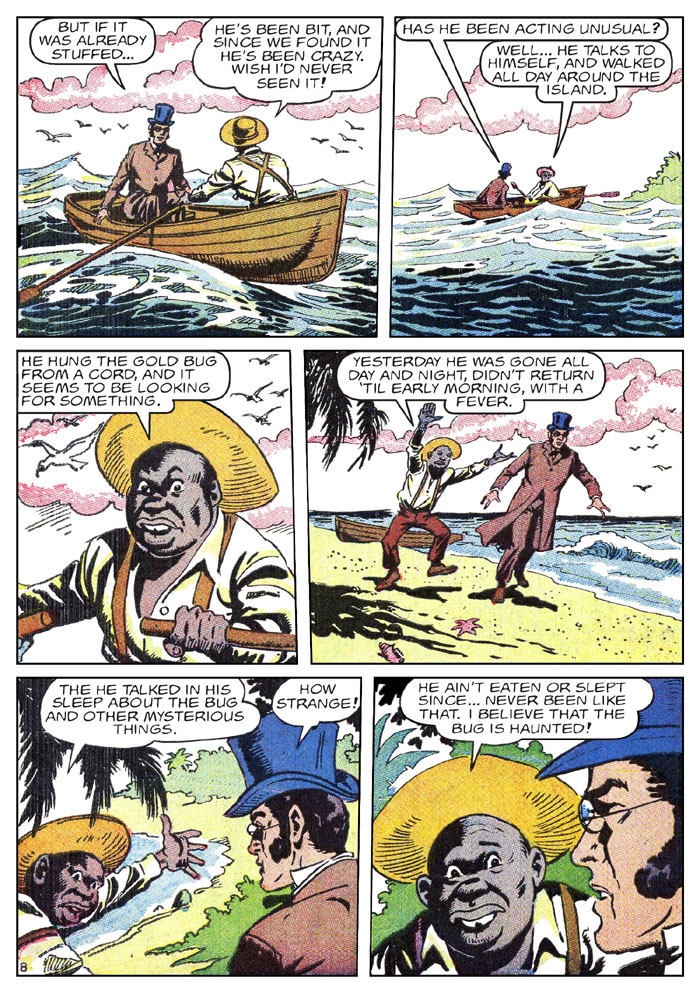 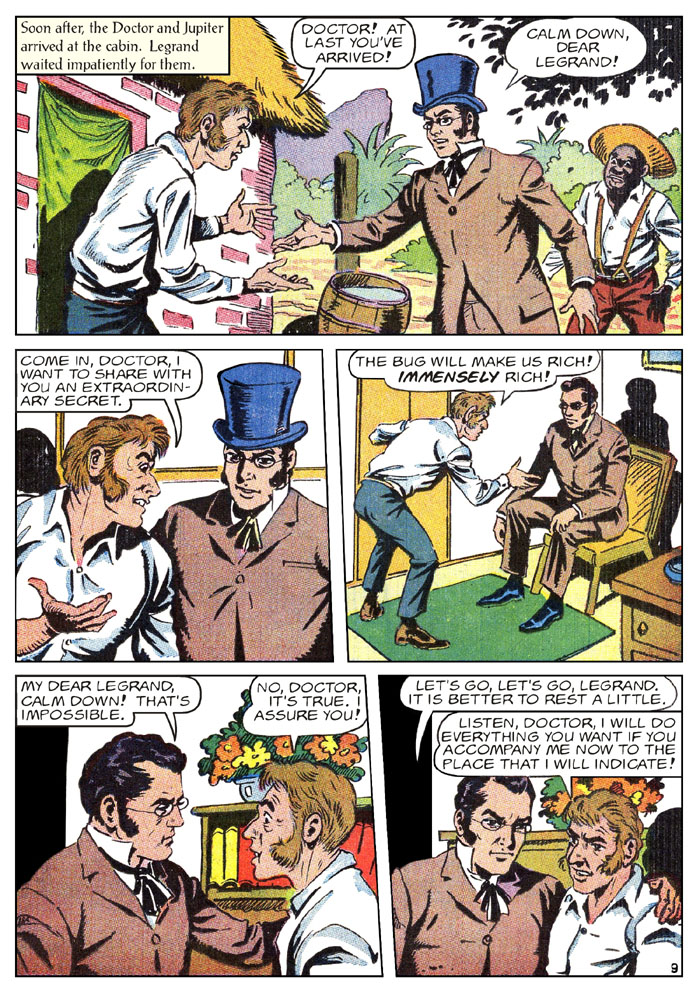 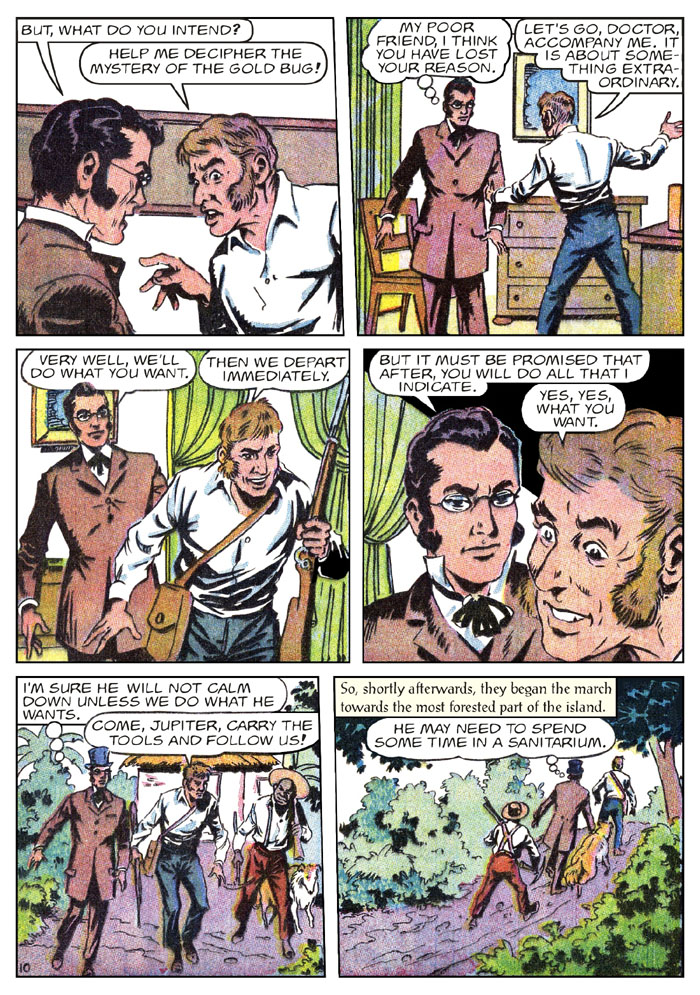 Scans of TESORO DE CUENTOS CLASICOS #51
from MY collection!
with special thanks to Javier Garcia Ferrer.

For more:
Read about Edgar Allan Poe at Wikipedia.