The 1954 film "20,000 LEAGUES UNDER THE SEA" was a really big deal.
Not only were there 2 different comics adaptations of it, it turns out there
were also at least 2 PARODIES of it, as well.  I've already posted the 2nd one, by Jack Kirby.  Here'a an earlier one, by writer Jack Mendelsohn & artist WALLY WOOD!

I found this via a Google search, at the ALL SCI-FI message board.  Posted by Robert Day, here's what he had to say about it...

"From Wally Wood's brush and pen, 20,000 Leaks Under the Sea, a satire in E. C. Comic’s Panic. Jack Mendelsohn wrote the parody. Mendelsohn has had several careers, as television and animation writer (Rowan & Martin’s Laugh-In and Jay Ward cartoons, for example). He even wrote and drew one of the most creative comic strips ever, Jackys Diary, which appeared to be drawn by a 6-year-old, and signed "by Jacky Mendelsohn, age 32 1/2."

Mendelsohn's parody of this movie is pretty sharp, and he keeps the jokes coming. And, of course there's the Wallace Wood artwork … what's not to like" 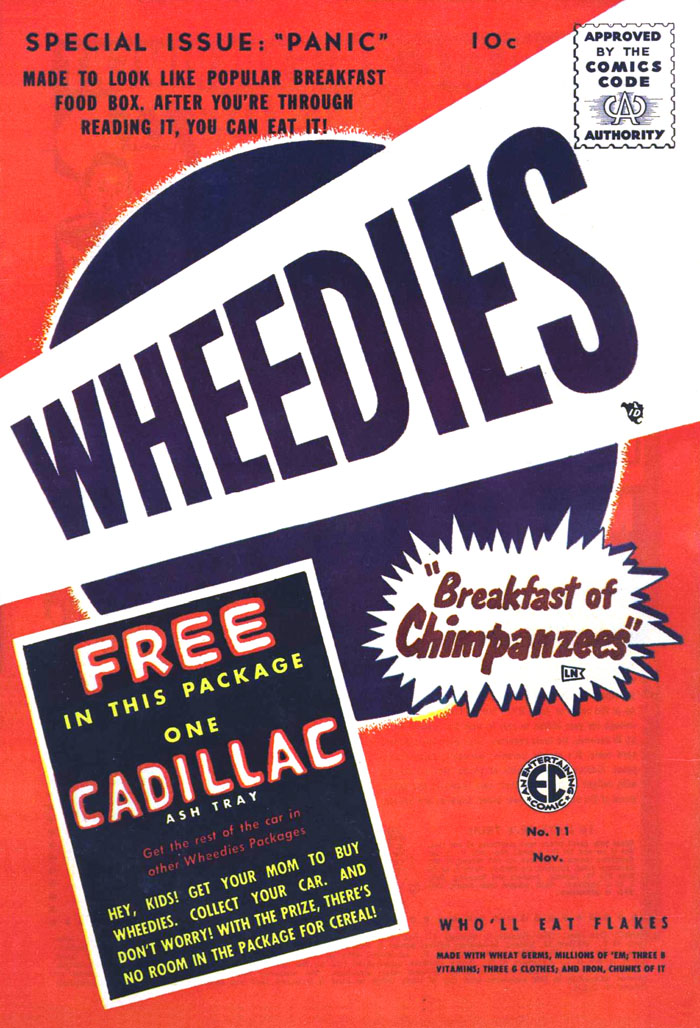 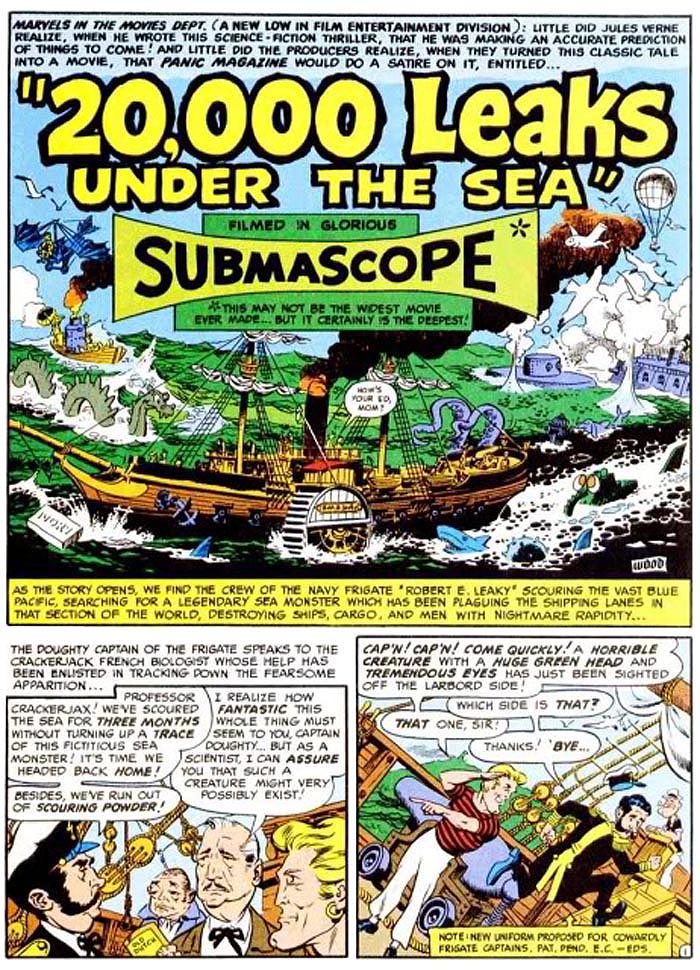 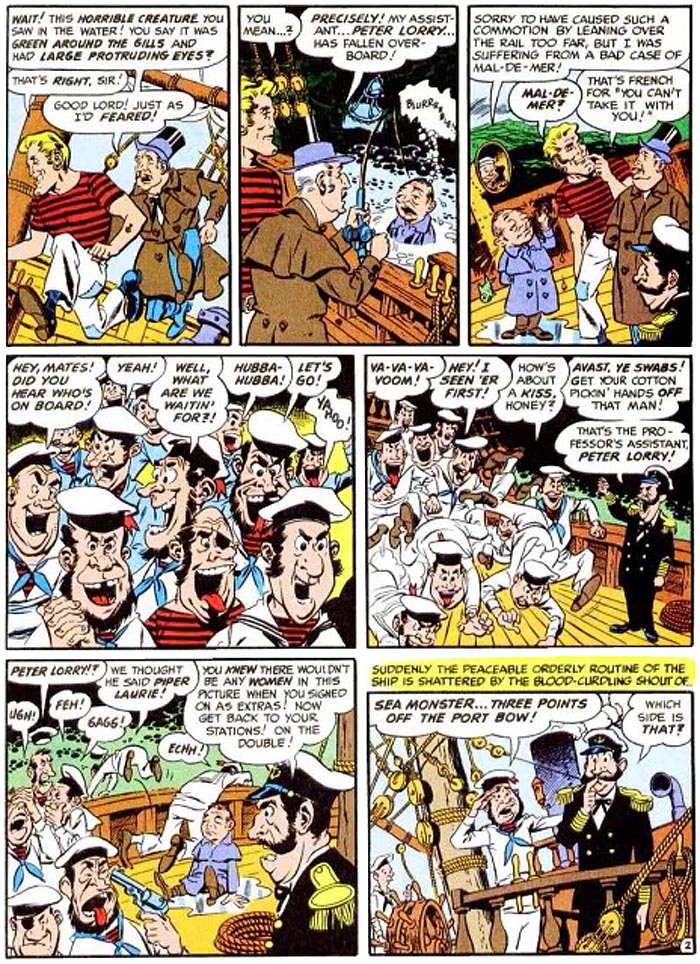 Page 25
I have to say it... I thought the funniest thing about this entire parody...
was the way Wally Wood drew The Nautilus! 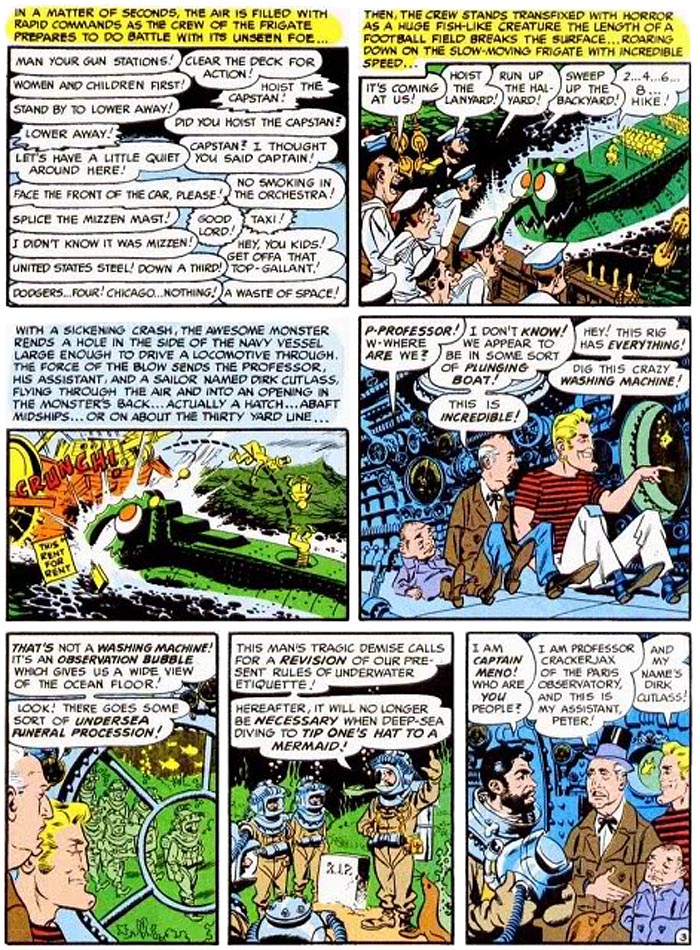 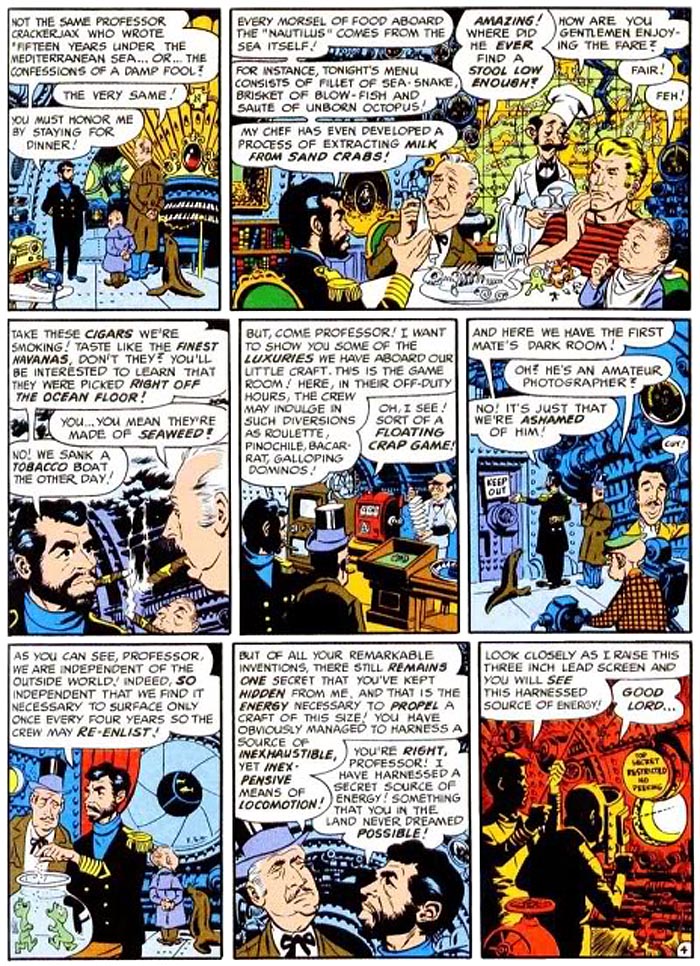 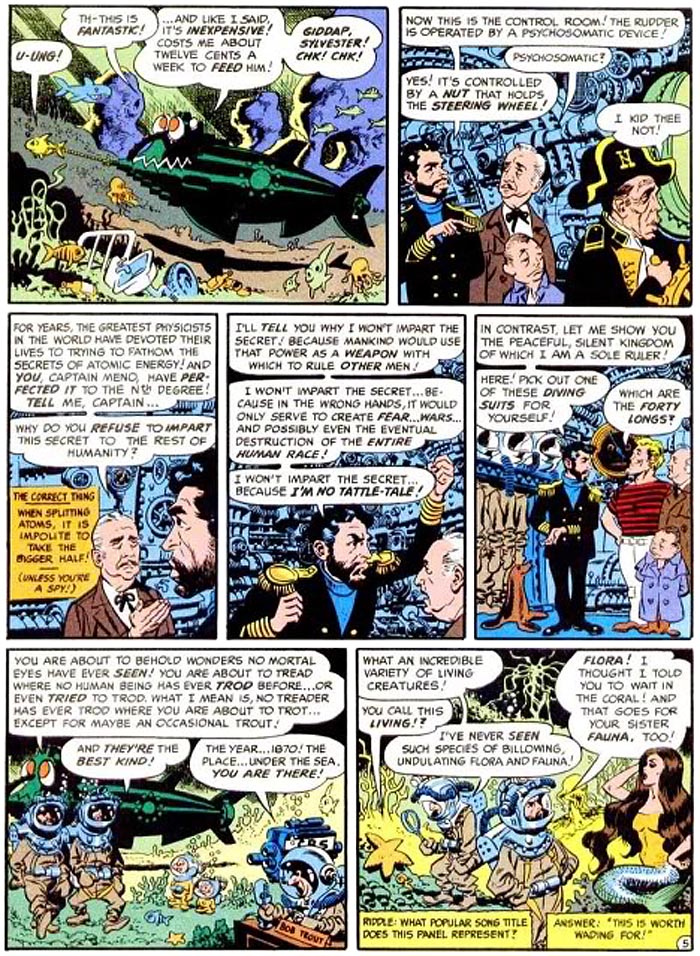 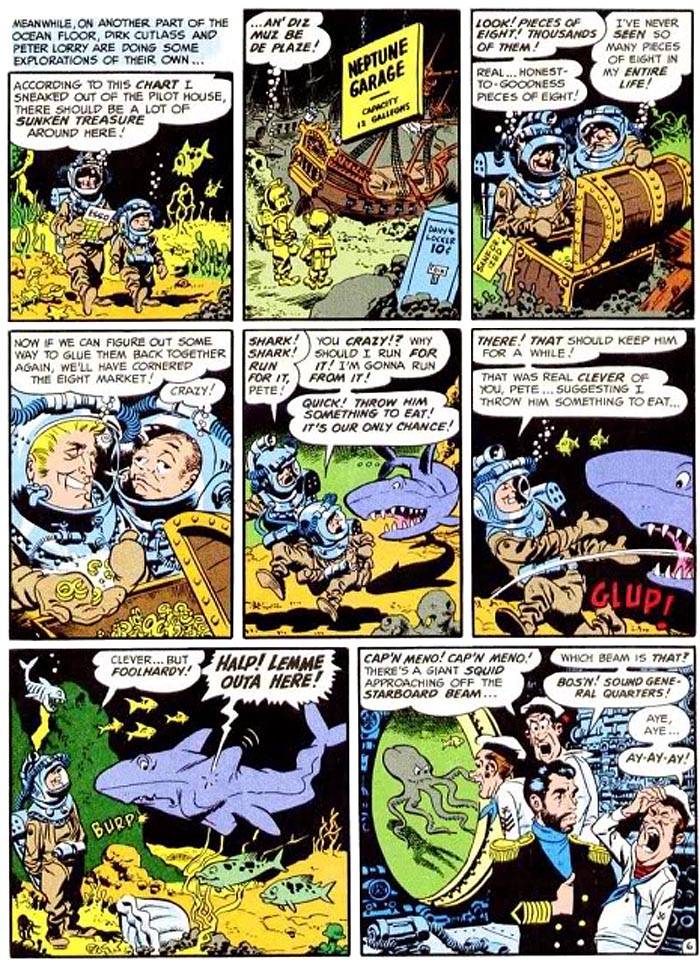 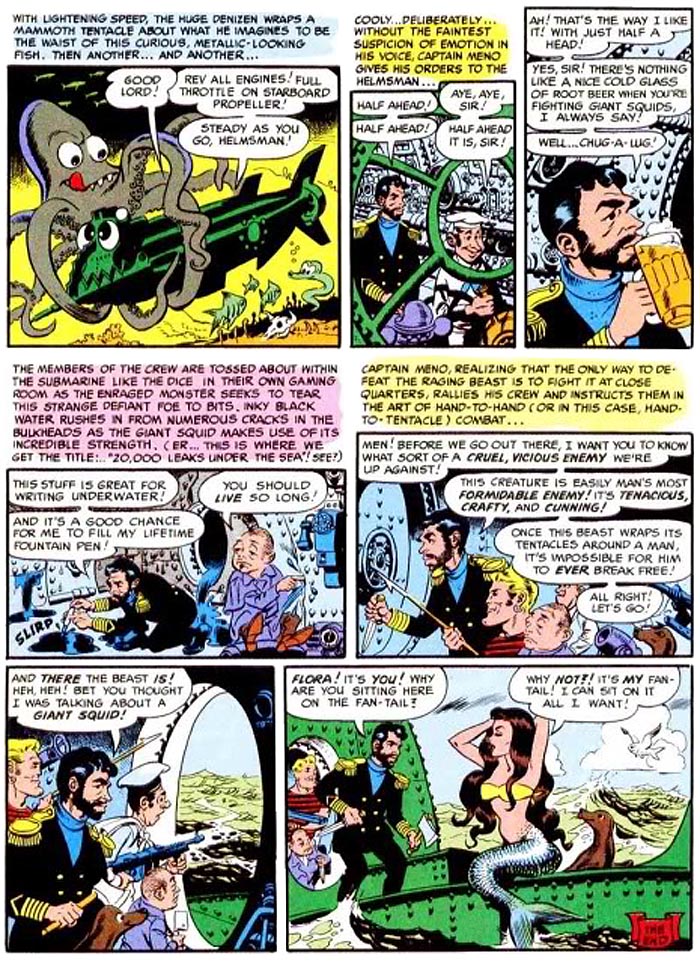 Wonderland Records specialized in original "radio-style" dramatic recordings aimed at children.  Their take on 20,000 LEAGUES was apparently even more afield than the Disneyland Records version, but it did have some nice cover art. 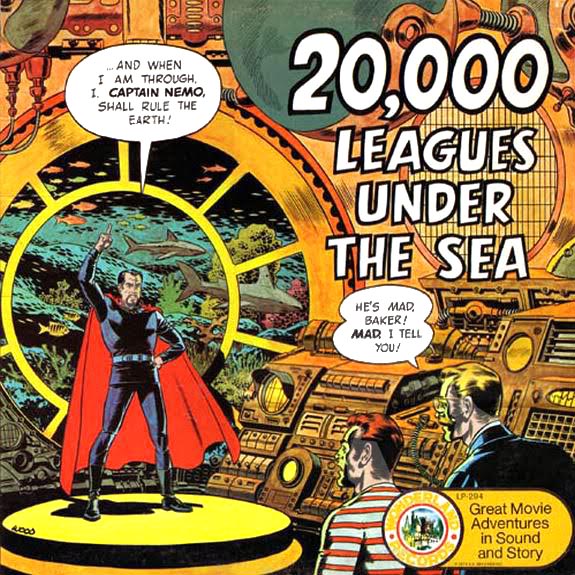 See the JOURNEY overview!
See the MYSTERIOUS ISLAND overview!
Posted by Henry R. Kujawa at 10:10 AM