It's become clear to mt that since the novel was first published, there's been a TON of editions, each with different art both on the covers and (sometimes) inside.  Others have compiled and cataloged this far more than I'd care to at the moment, but I would like to assemble here some of my favorites. 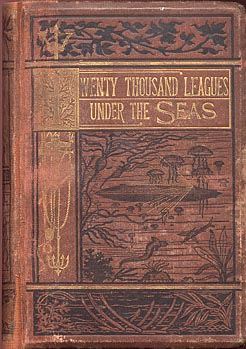 While the very 1st printing did not contain illustrations, soon after that came editions with no less than 118 illustrations by Alphonse de Neuville & Edouard Riou!!  All of them have been nicely collected at
The Illustrated Jules Verne site.  Not to be missed!

Most of the variious editions in the late 19th century seem to be of the "engraved" variety.  The early 20th century saw the first versions with more "modern"-style illustrations, apparently on paperback editions. 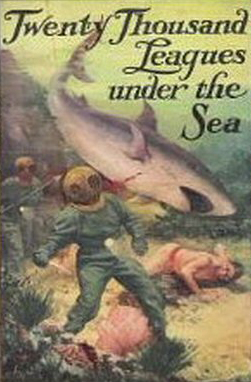 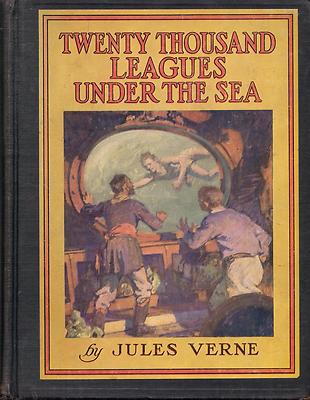 This one has a special meaning for me, as this is the paperback edition I have in my collection!  I got it, probably, sometime in the late 60s from a local "used books" store run by a terrific guy named Mr. Devone.  Unlike most of the paperbacks I got from him, this one took me until the late-80s to finally read, which I did, on the train going back and forth to art school.  Note that The Nautilus is clearly inspired by the one in the 1954 film. 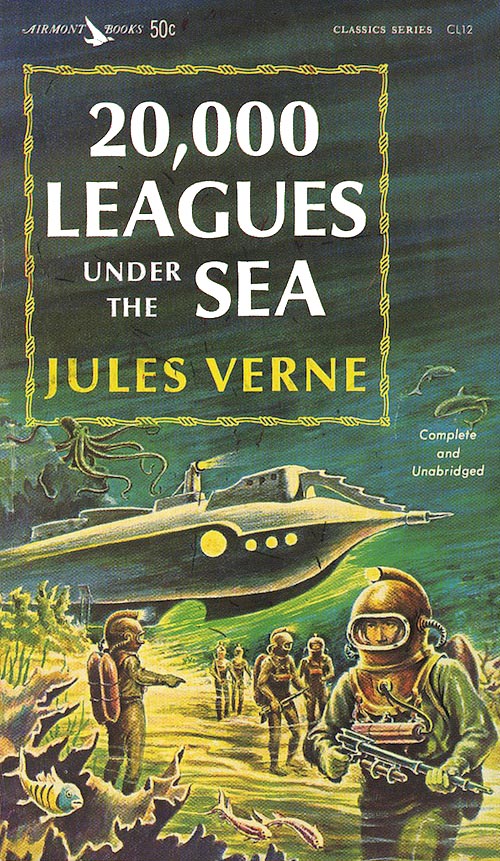 Here's another one where it's clearly The Nautilus from the 1954 film. 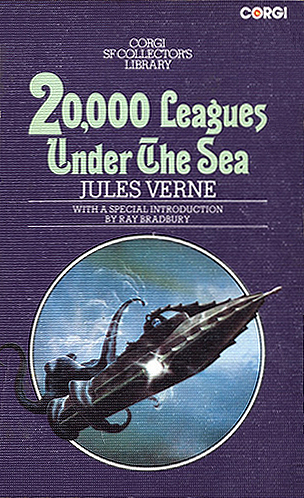 Playmore, Inc. (in association with I. Waldman & Son, Inc.) published a series of "Moby Books Illustrated Classics Editions" with abridged text and comics-style artwork aimed at younger readers, from 1977-1983. 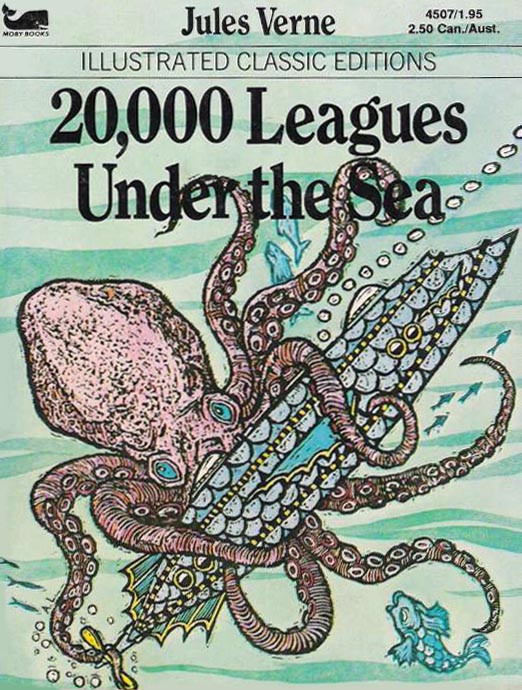 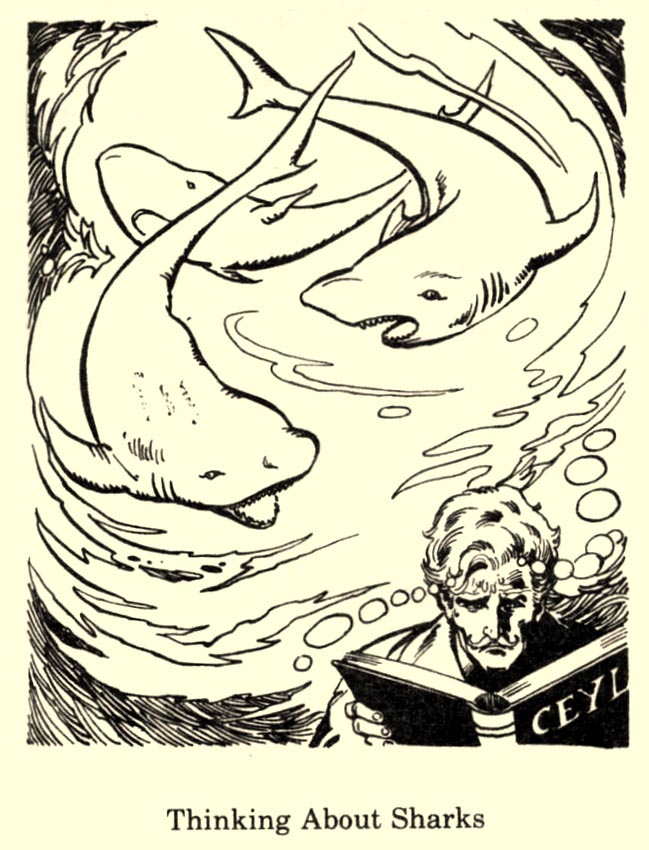 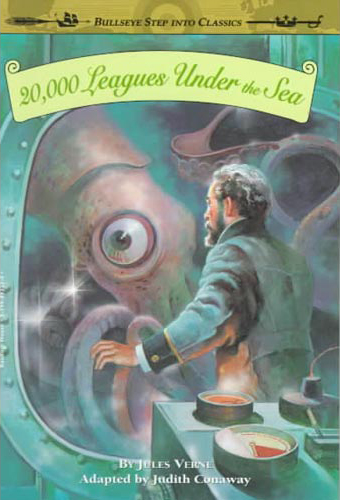 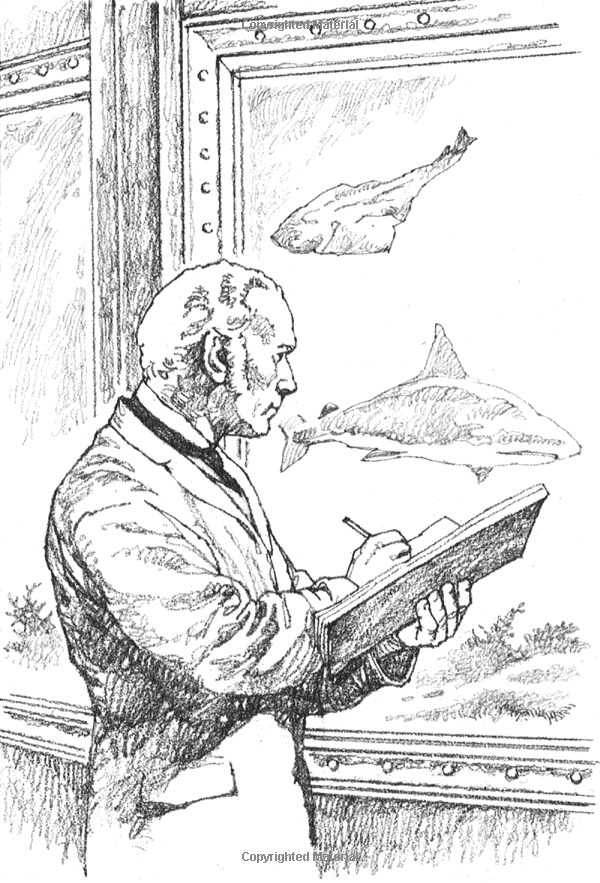 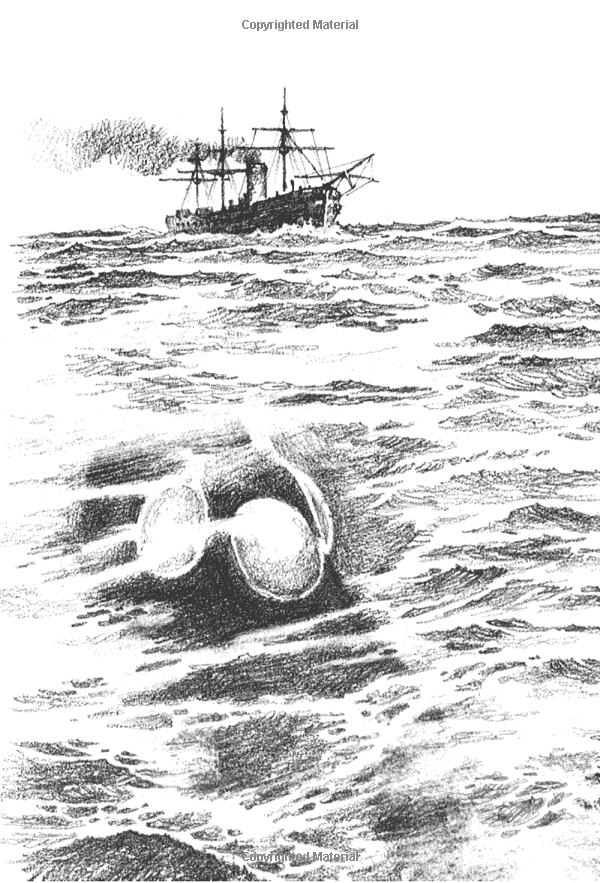 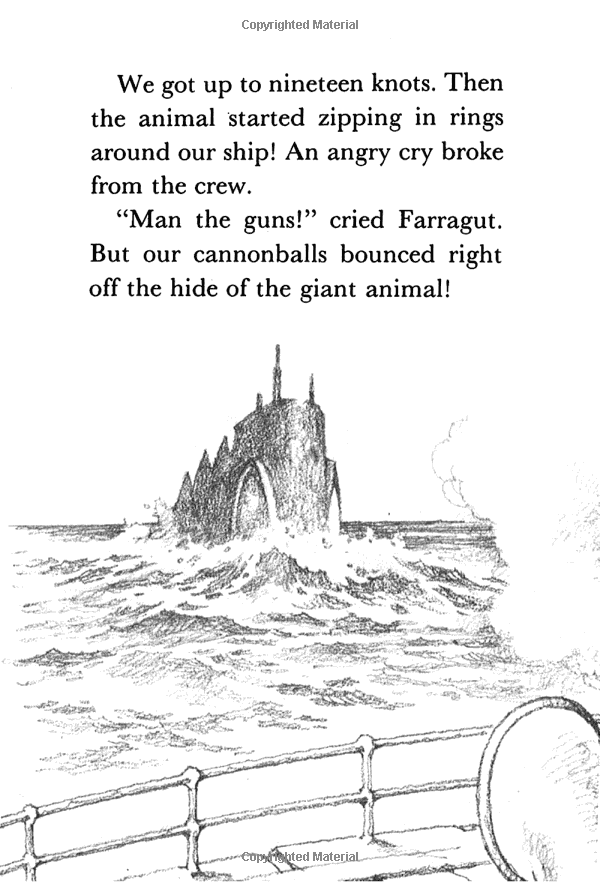 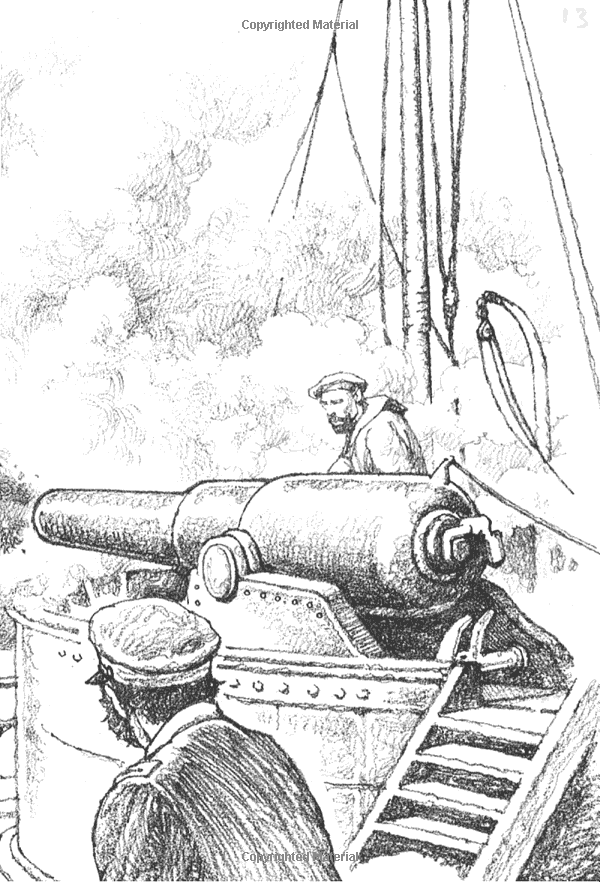 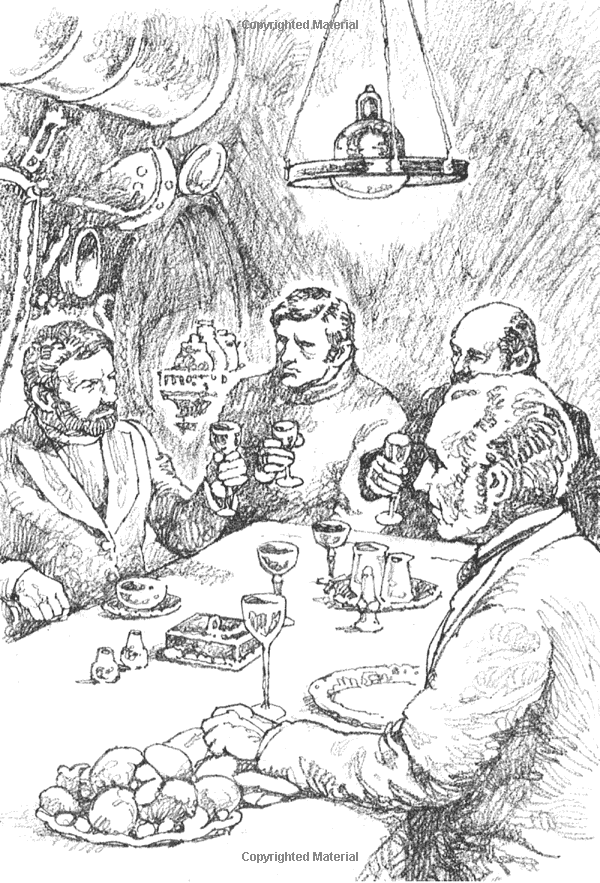 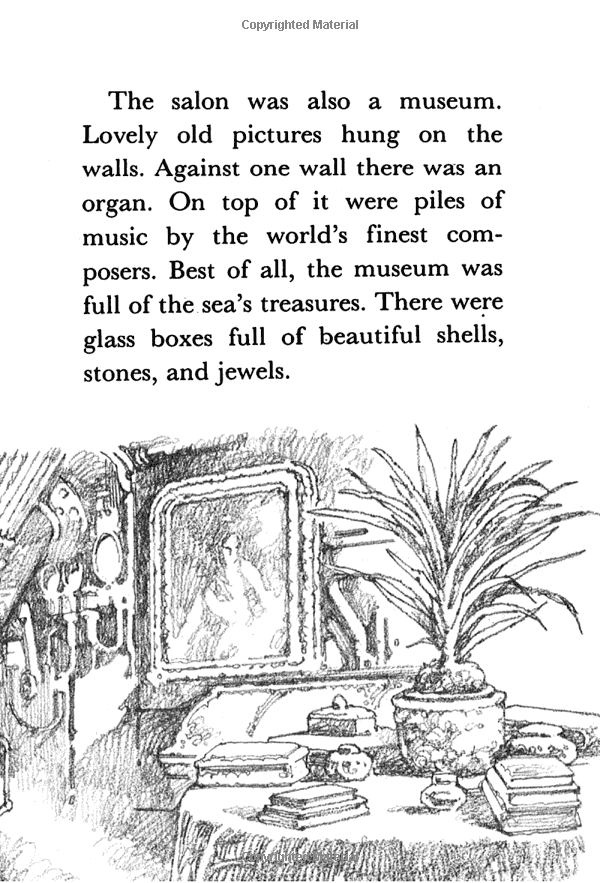 Waldman Publishing Corp. did a series of hardbound Great Illustrated Classics.  There are so many of these types of editions, but this one caught my eye because the art so blatently references not only the 1954 film (though with a very different design for The Nautilus), but also the 1929 MGM film,
THE MYSTERIOUS ISLAND!  I'm wondering if this is a reprint of the 1977 edition with Pablo Marcos art? 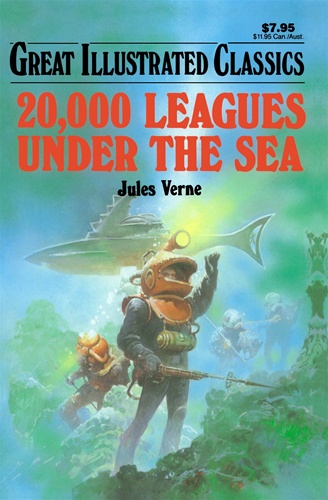 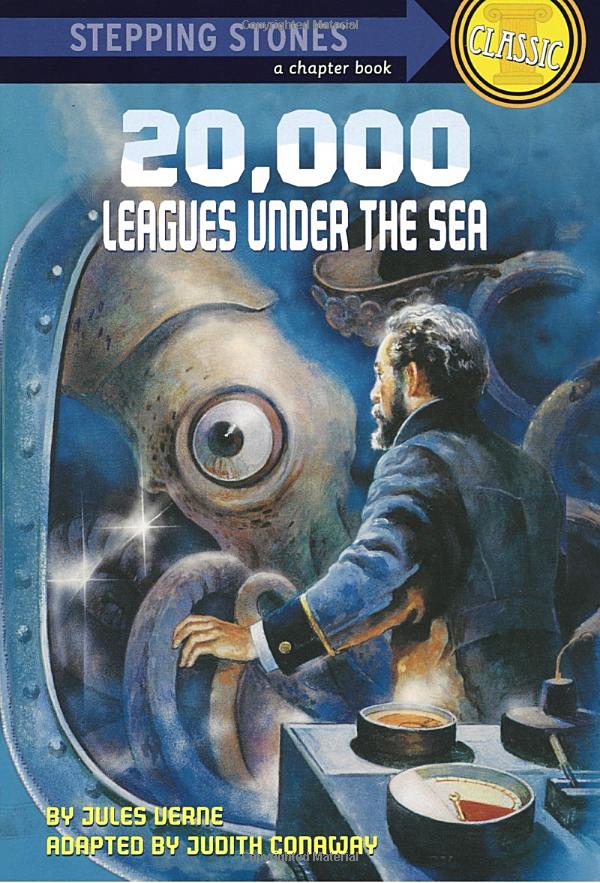 2002 saw one of the dumbest things I'm including in this by-now over-long overview.  Cengage Learning decided to reprint the 1977 Playmore, Inc. / "Moby Books Illustrated Classics Edition" as part of their "Heinle Reading Library Illustrated Classics Collection".  That's more of a mouthful than this is worth.  This is the one with Pablo Marcos art.  I can only tell that because I read it in the fine print at the Barnes & Noble website.  What's "dumb" abnout this?  On the cover, it says "Illustrated Classics Edition"-- and, LOOK! There's NO illustration no the cover!  Somebody got paid good money to edit this series this badly. 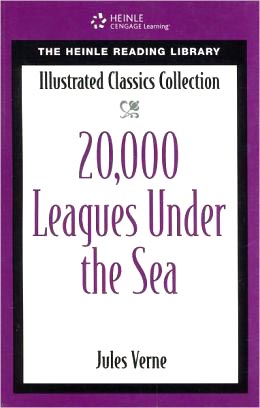 Sterling Publishing Co., Inc. did an abridged version as part of their "Classic Starts" series.  This caught my attention for 2 reasons.  First, the Barnes & Noble site mistakenly had a 14-page preview of THIS connected with the above-listed Pablo Marcos version, and the Amazon.com site had some of the most hate-filled negative reviews I've ever read of any book listed there!  (Maybe some people don't "get" what an "abridged" children's version of a novel is?)  At least the cover's nice! 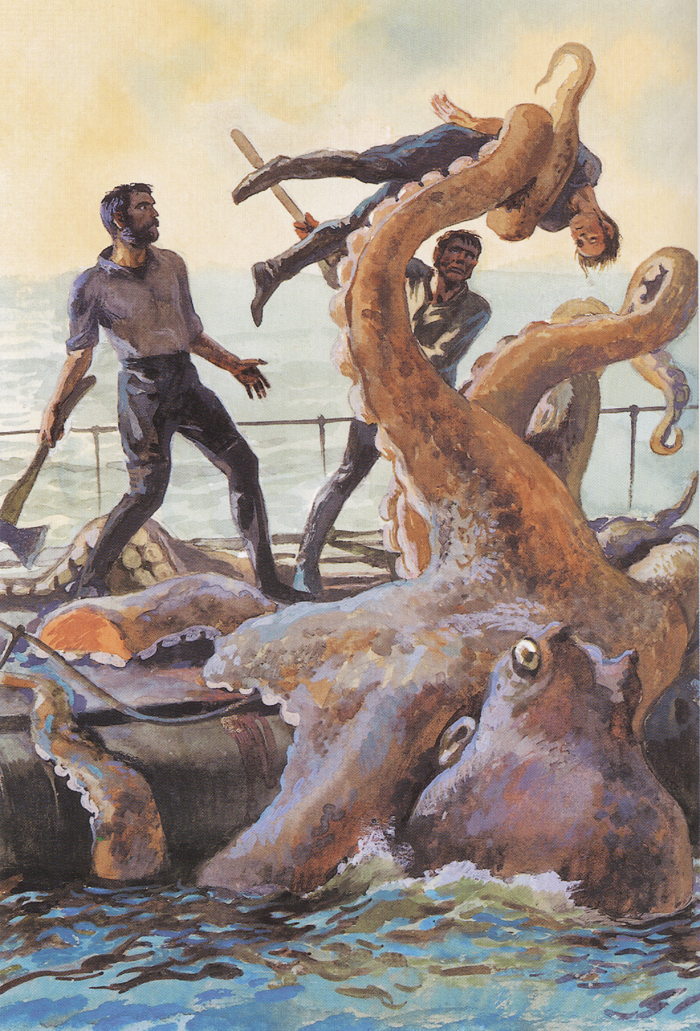