And now, another feature I only found out about recently...

THE ADVENTURES OF CAPTAIN NEMO !!

In 1963, Disney re-released their 1954 epic 20,000 LEAGUES UNDER THE SEA.  I remember my father mentioning he & my mother went to see it at the Liberty Theatre only 2 blocks from here (now a clothing store), which must have been one of those nights they left my brother and I with a baby-sitter. To tie in with the film, Gold Key re-issued the Dell Comics adaptation by Frank Thorne.  However, in addition, Gold Key also published a 2nd tie-in comic, which acted as a prequel to the movie!

"While Walt Disney rarely revisited a franchise in feature film during his lifetime, his licencees were never so judicious. One such comic, published by Gold Key in 1963, was Walt Disney's World of Adventure. One of the recurring characters in WoA's pages was the infamous Captain Nemo!

This Nemo is somewhere between his cinematic persona and the rehabilitated version common elsewhere. The episodes tend to take place in 1866, several years before the events of the film. Therein they can be taken as a kind of prequel. And in them, Nemo is definitely friendlier as an avenger of evil and righter of wrongs. He is still a fearsome avenger though.

The folks at the Nautilus Submarine Model site have been kind enough to scan several of these stories and later ones from the Walt Disney's Comic Digest (one should also note that Gold Key published the 20,000 Leagues Under the Sea movie comic in 1963 as well)."

Yes, oddly enough, the Nautilus Subarine Model site have what appears to be the entire run of The Adventures of Captain Nemo posted-- even though they have no information about it included whatsoever.

Further, I did some research at the Grand Comics Database site (GCD), including using their search engine, and discovered the Voyages Extraordinaires article was missing some key information, which I now have!

To begin with, there were at least 5 episodes.  However, Walt Disney's WORLD OF ADVENTURE only ran 3 issues, from April-October 1963 (cover dates).  The 4th episode appeared in the back of-- I'm, not kidding-- a TV-movie tie-in comic, THE HORSE WITH NO HEAD (Jan'64), which ran in 2 parts on Walt Disney's WONDERFUL WORLD OF COLOR tv program.  Sometime later, Gold Key's anthology Walt Disney COMIC DIGEST, reprinted the first 4 episodes, in random issues, and out of sequence-- before finally publishing a new 5th episode, some 6 years after the previous one!

I now have ALL of these, and will be re-posting them here once I've cleaned them up better.

At the moment, I have no information as to who wrote these stories.  However, the art on all of them was by DAN SPIEGLE.  I became a fan of his for his run of BLACKHAWK with writer Mark Evanier in the early 1980's. I later found he also did HOPALONG CASSIDY, SPACE FAMILY ROBINSON (no relation whatsoever to Irwin Allen's LOST IN SPACE), and the MAJOR MATT MASON coloring book, among countless other projects.  It's going to be a pleasure posting this material! 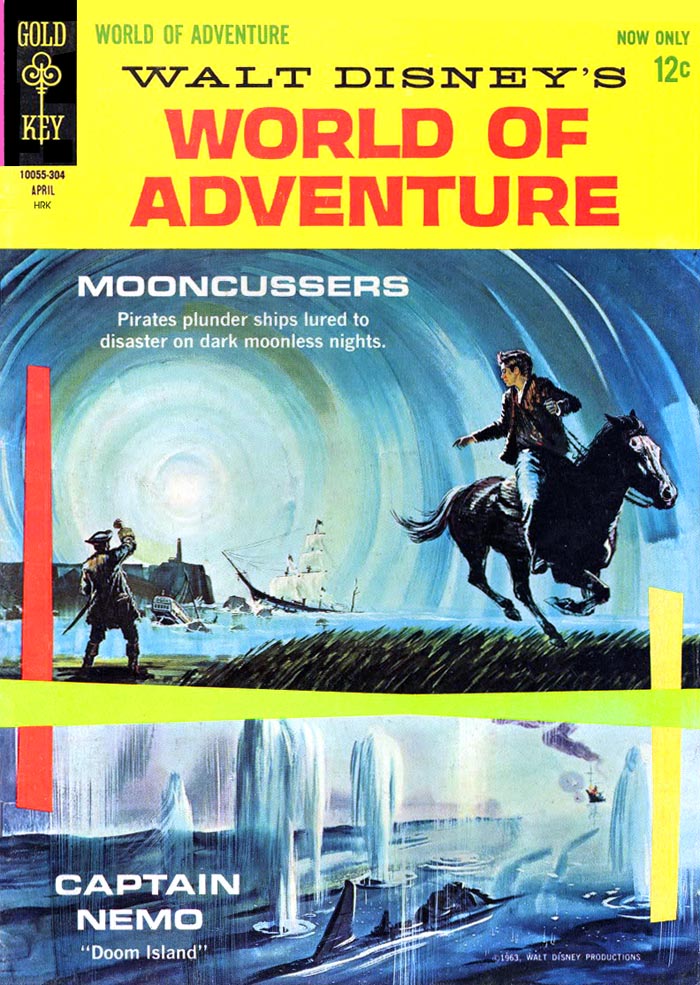 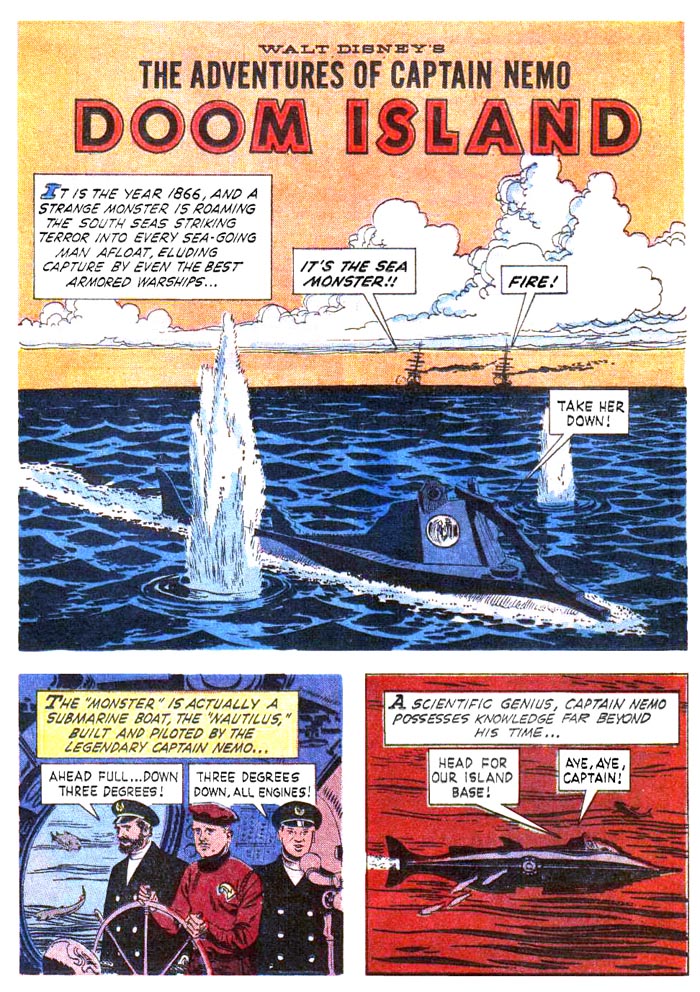 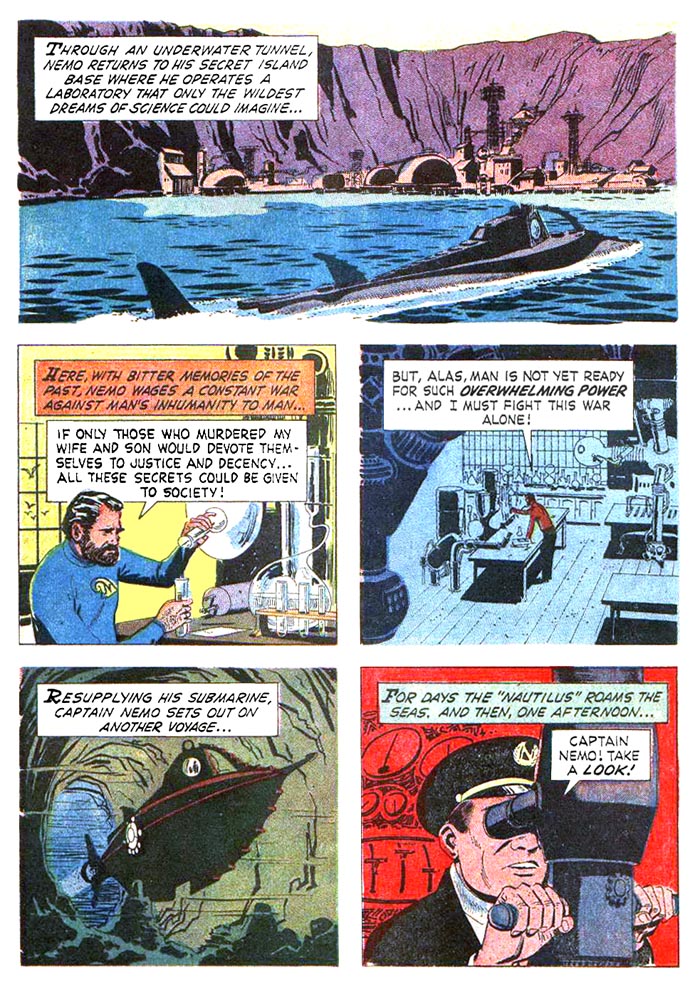 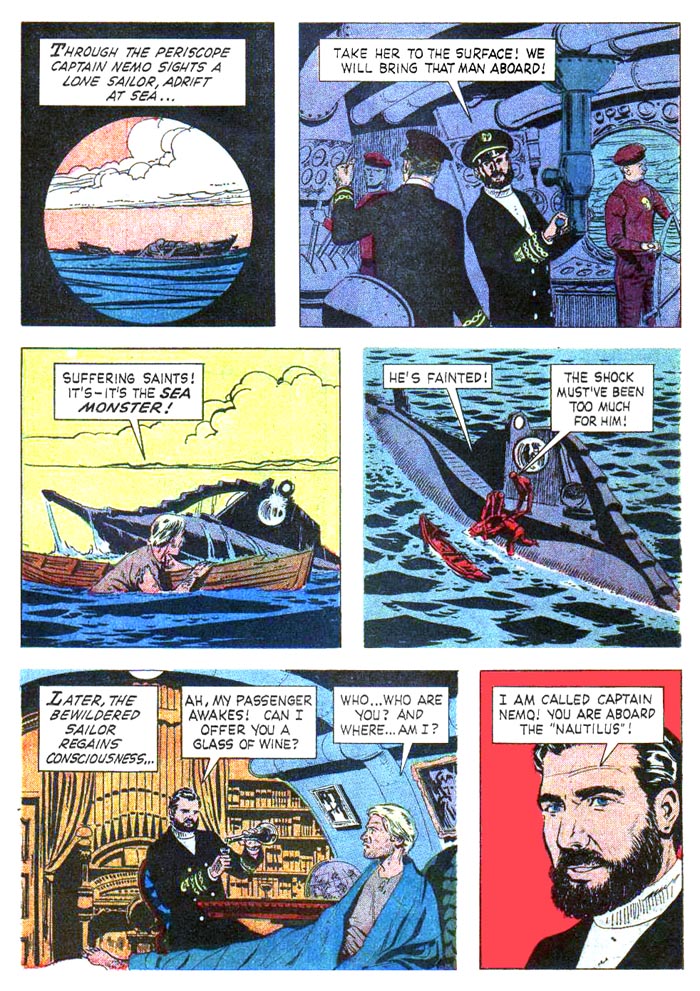 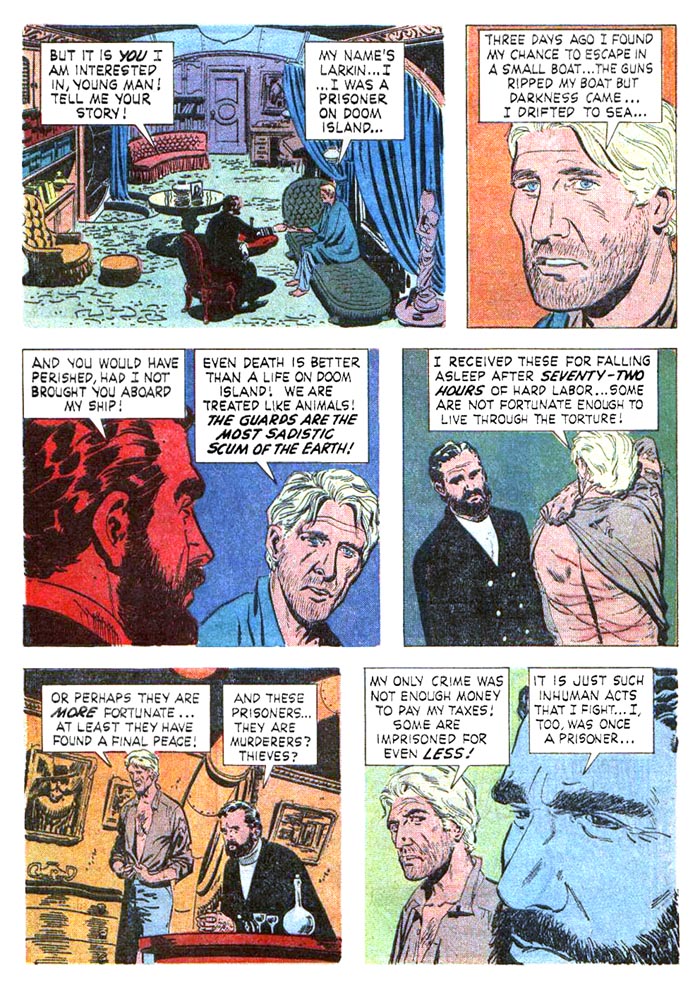 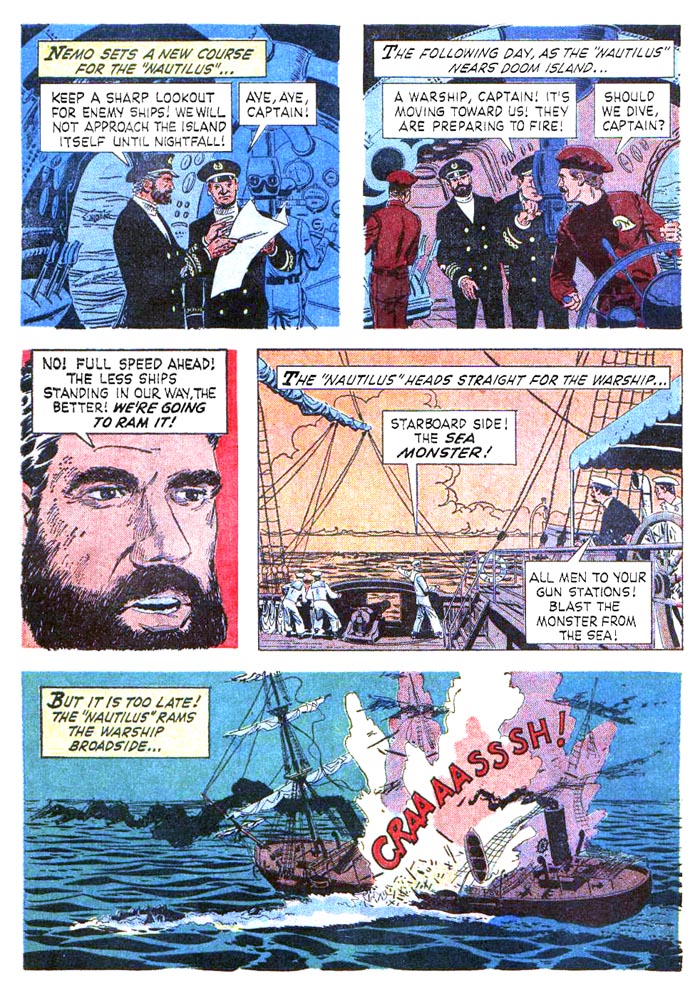 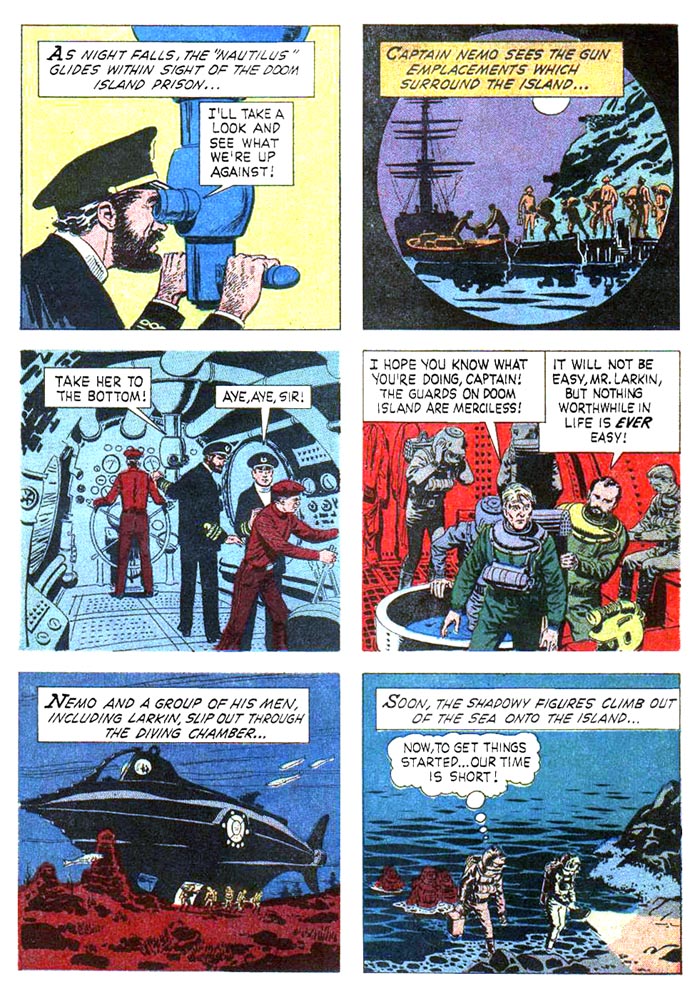 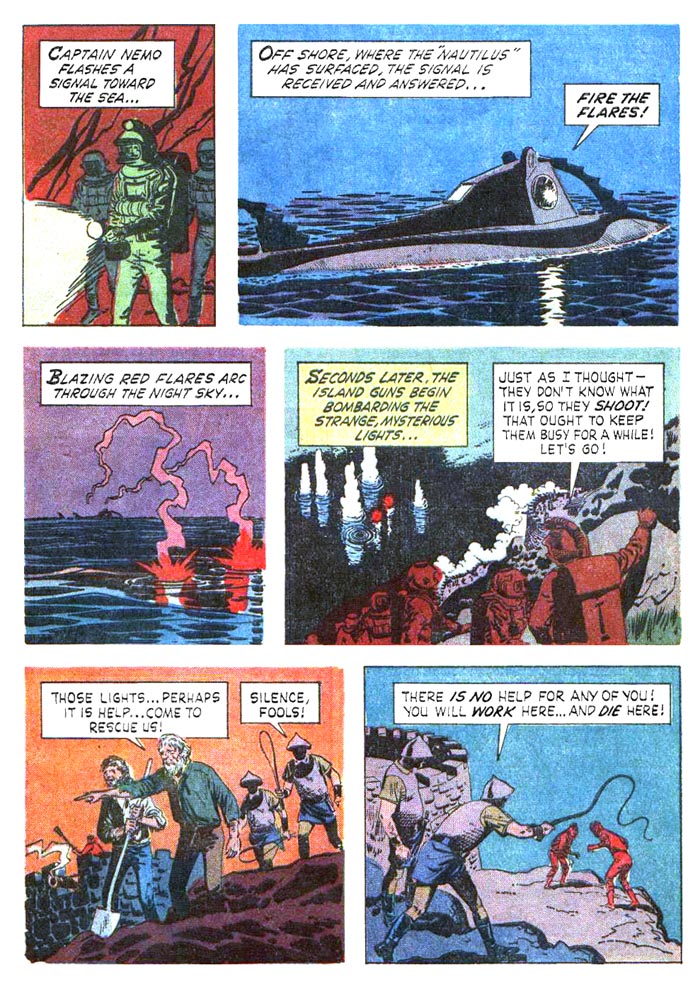 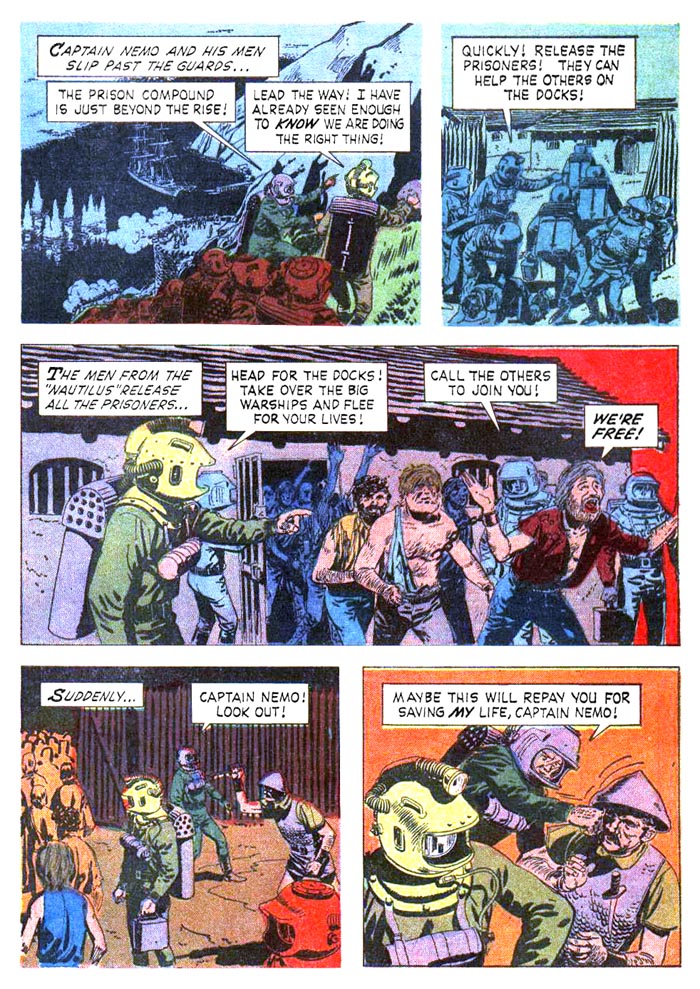 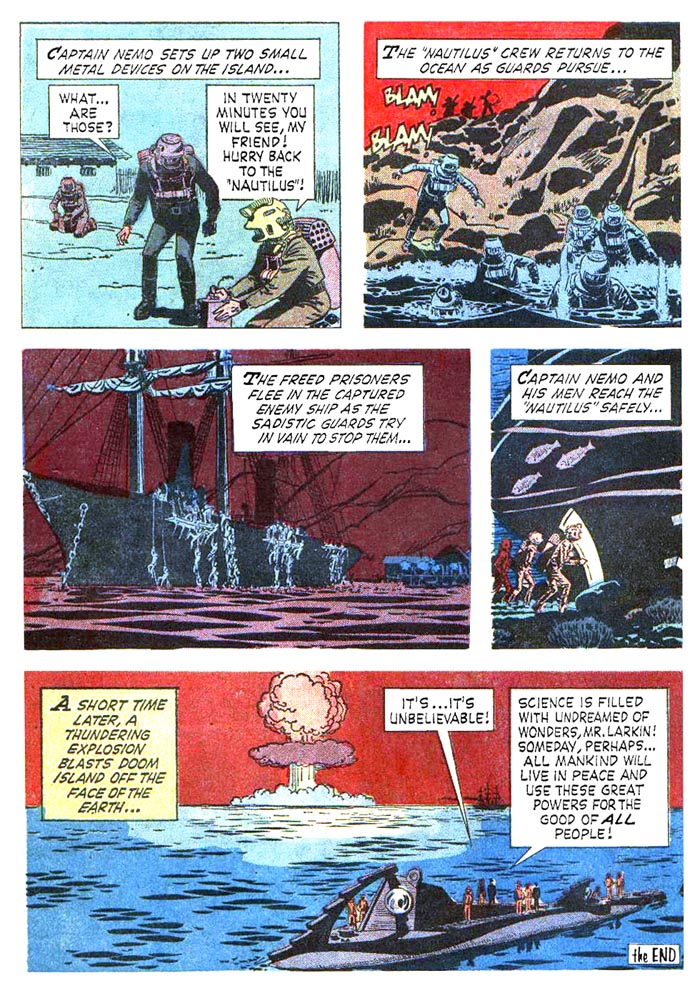 Cover scan from the Photobucket site
Raw scans of the story from the Nemo Nautilus site
Restorations by Henry R. Kujawa

Special thanks to Cory Gross for his blog article,
Jonathan Leslie for the scans of the story
&  Patrick Ford for possible writer & cover artist identification.