When the 1954 film adaptation of 20,000 LEAGUES UNDER THE SEA came out, it turns out there wrre not one but TWO comics adaptations done of it, at the SAME time.  The 2nd was Dell's FOUR COLOR #614, written by Gaylord DuBois, and illustrated by a young (24-year-old) Frank Thorne!

While working on my 20,000 LEAGUES "overview" project, it came to my attention there was also a newspaper strip version, which appeared as part of the Walt Disney's TREASURY OF CLASSIC TALES series.

Jimmm Kelly at the Comic Book Plus website & message board, was the one who clued me in about this, and steered me in the right direction...

At the risk of adding more research which might cause you a stroke--I think there's one other comics-related adaptation of 20,000 LEAGUES UNDER THE SEA.

The other day, I was looking for something else, but I remembered that there was a Sunday page by Disney where they adapted different movies and stories--as I recall, this part of the Sundays in our paper was replaced by the Batman series, so I had mixed feelings about losing it. I'm pretty sure I was cutting out these pages and saving them, but my parents must've tossed them out.

So when I went looking for that, I found the name of the series and a wikipedia listing. The series was called WALT DISNEY'S TREASURY OF CLASSIC TALES. Here's the wikipedia listing:
http://en.wikipedia.org/wiki/Walt_Disney%27s_Treasury_of_Classic_Tales

Sorry to add more to your burden, but I thought you should know about it, if you haven't heard of it already.

He also posted this:

Here's another page I was able to find using the links at the bottom of the other wiki page--this one gives you a few panels from the strip [but in French, because the panels are taken from the translated version]:

Also you can see from that page that the script was by Frank Reilly and the art was by Jesse Marsh.

This is the kind of thing I love to run across online, fellow comics fans willing to help & share information like this!

He eventually did find a site with MUCH higher-quality scans were posted, and I was able to download & save them.  As I've done with my BOY'S LIFE-related projects, SPACE CONQUERORS! and STORIES FROM THE BIBLE, I've decided to process these scans-- correcting rotation, cropping, adjusting levels, brightness, contract, hue & intensity, and generally cleaning up dirt & even some color registration programs-- and re-post them at my blog.  Further, because the panels became too small when resized to fit my blog's format, I decided to RE-FORMAT the pages, as is often done in various newspaper themselves, to better fit my blog's format.  This will, hopefully, make these strips VASTLY-BETTER to look at, read and enjoy!

In addition, it appears the art was originally created for comic-book or graphic novel format, and much of it was omitted entirely from the newspaper strip presentation.  Although I only have a random sampling, and low quality images of those, I will attempt to include as much as possible, to make this a more complete version than that seen in the U.S. newspapers.

April 26, 2014:  Jimmm Kelly located a site with the entire story, Drive.Google.com / I Love Comix, so I'll be able to fill in the pieces that were missing when I first set this up. The only down side is, I still don't have hi-res versions of the most "complete" version.  The 3-tier version tends to have more art in EACH panel than the 2-tier version!  Oh well, you do what you can, you work with what you got.

I'll start with 2 different versions of the 1st page, both from France-- JM 1269 & JM 1702.  I'm not sure what those numbers mean, but that how's they're listed at the "I.N.D.U.C.K.S." site I found them at.  Note in the 1st version, some panels have been expanded.  In the 2nd version, several panels have been omitted!  In each case, the coloring varies. To me, this is not a "proper" way to do comics! 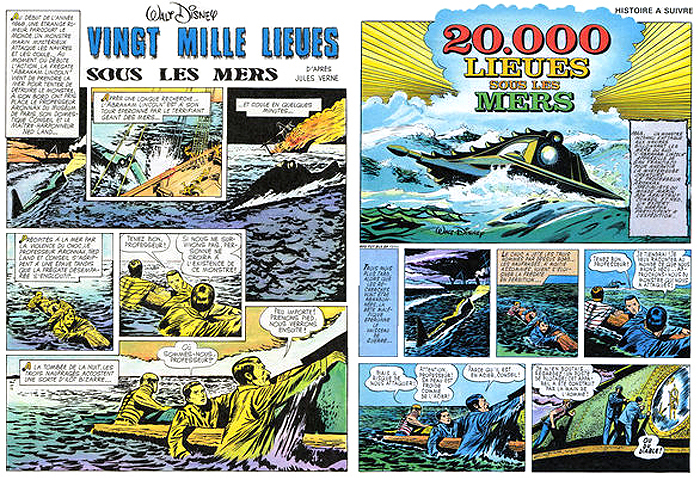 Here's a 3rd version, this one in English, formatted for 3 tiers, which contains 2 panels not featured in the higher-quality 2-tier version.  You can also see how the coloring varies from version to version on this. 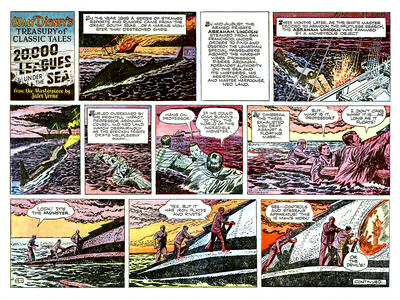 Note, on this tier, panel 1 was taken from the French version.  It had appeared in a differently formatted English version, but, after panel 2, when it actually belongs before panel 2!  So... I fixed it. 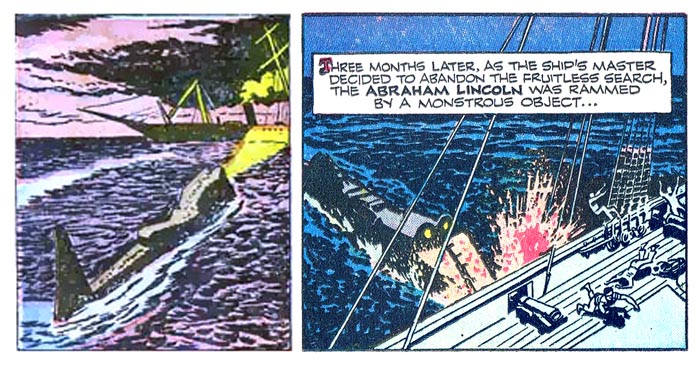 Panel 2 was removed from the high-quality format I had, but included in the low-quality one.  However, I took it from a higher-quality French image at the Inducks site, then, replaced the lettering with new English text! 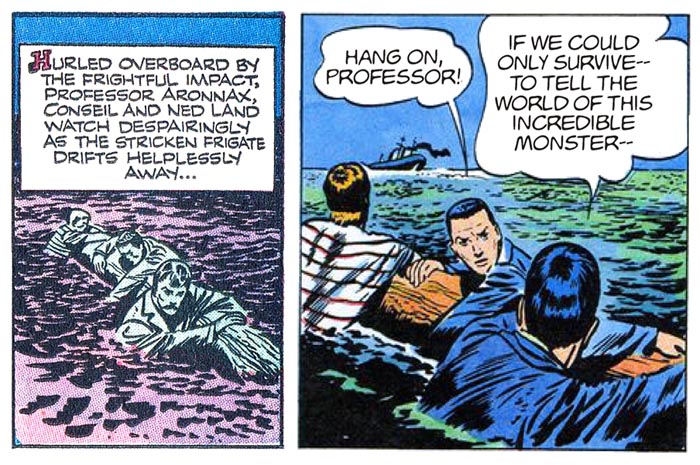 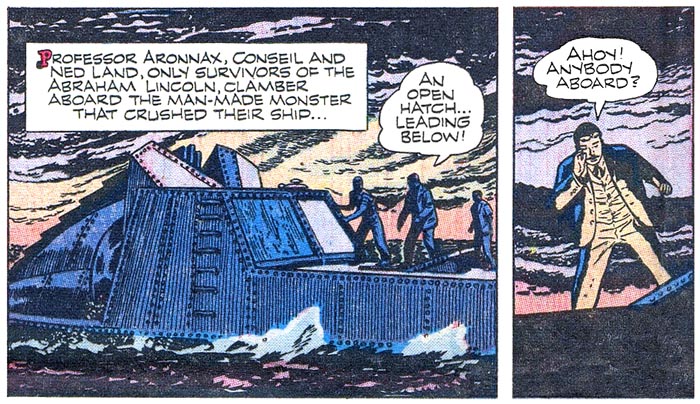 The 2nd panel came a Portuguese version, I replaced the text with English. 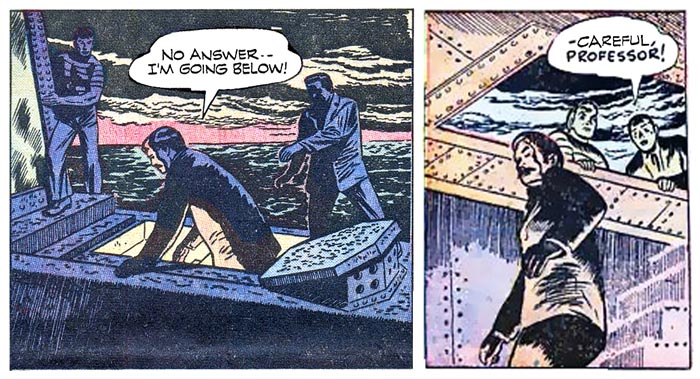 Ditto.  In this case, Google Translate didn't quite have a smooth translation,
so I wrote the new text myself! 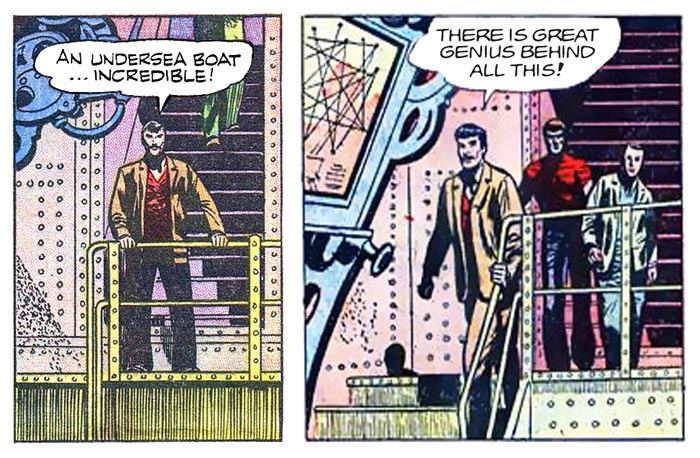 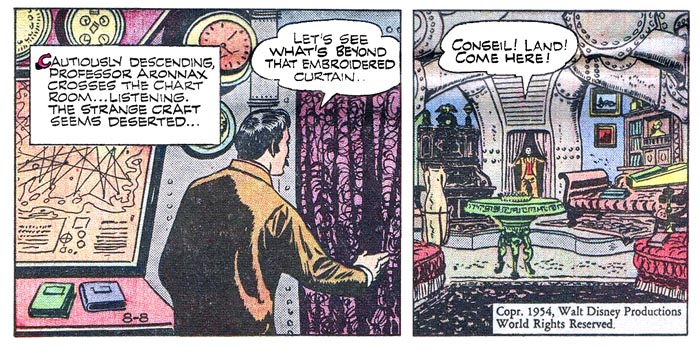 003  /  8-15-54
The 3-tier version had 2 extra panels (4 & 6).  Initially, I added them to the hi-res 2-tier version by copying them from the low-res B&W version.  But then I found the Portuguese version in COLOR, instead.  Panel 4 I simply replaced, while panel 6, I replaced, and then replaced the Portuguese text with the actual lettering from the English B&W version! 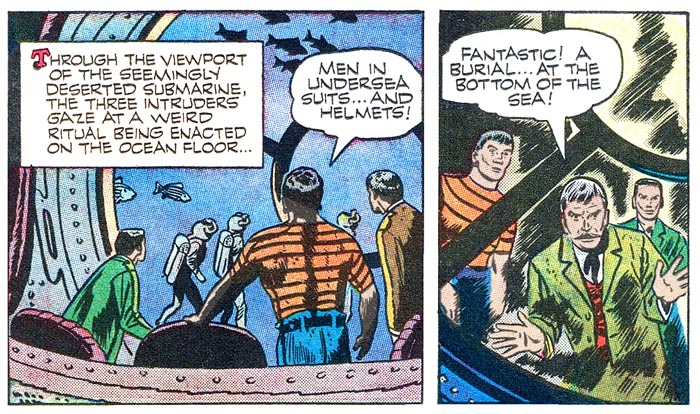 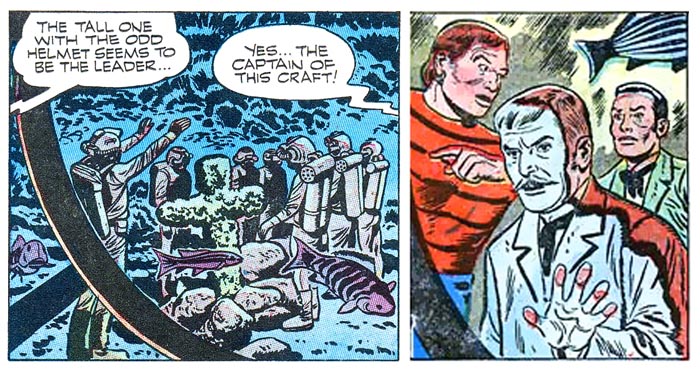 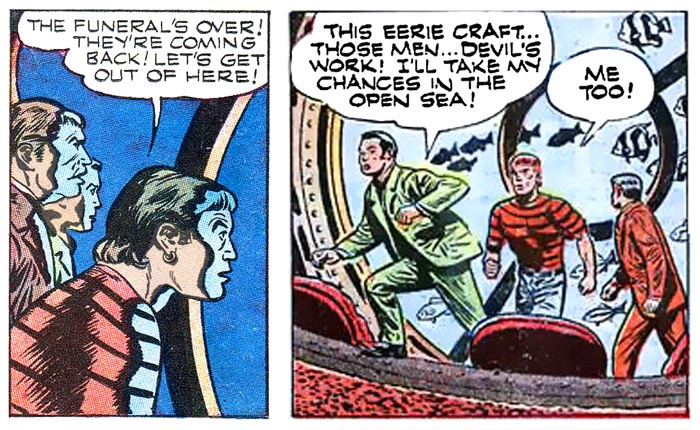 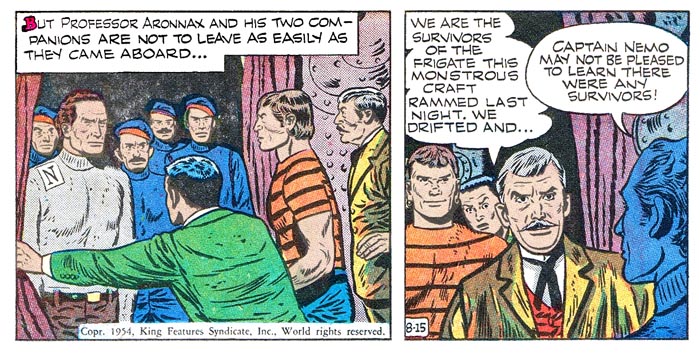 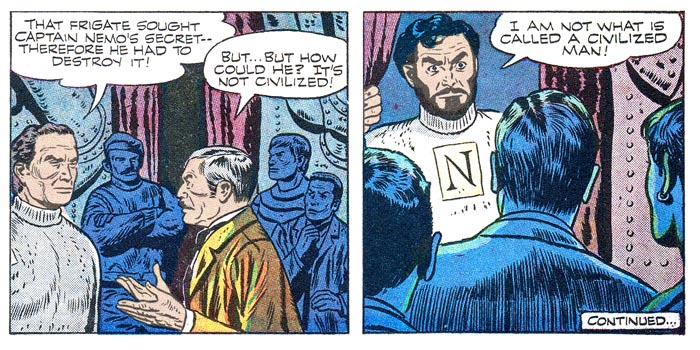 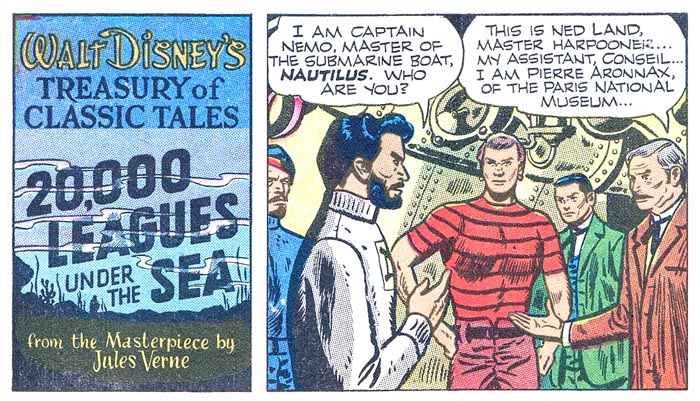 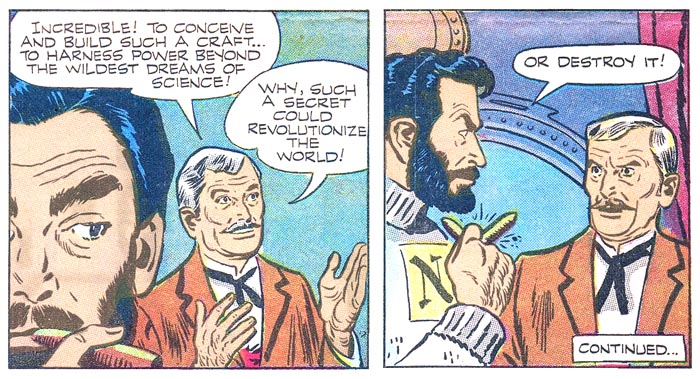 Raw scans from:
the Drive.Google.com / I Love Comix site
the I.N.D.U.C.K.S. site
&  the Mobilis in Mobile site

Special thanks to Jimmm Kelly
Restorations by Henry R. Kujawa