Once again, the cover was by Nico Rosso, one of the most high-profile artists in his time, working for many publishers and doing both cover paintings and interior stories. This is only one of his MANY painted covers.

The book contains no less than 5 comics adaptations of Poe:
"THE FACTS IN THE CASE OF M. VALDEMAR"
"THE TELL-TALE HEART"
"A DESCENT INTO THE MAELSTROM"
"MORELLA"
"ANNABEL LEE"

However, strangely enough for a comic-book, it ALSO contains 2 poems, presented simply as text pages with no illustrations whatsoever!  When my friend and fellow artist Toni Rodrigues e-mailed me hi-res scans of the book, at first I considered skipping these.  However, after months of delays, I was suddenly inspired to include them anyway-- and use them as as excuse to present a pair of galleries of illustrations done over the many decades since their publication!

This issue opens with a presentation of Poe's 1847 poem, "ULALUME".  Like "THE RAVEN", it is a paean to a lost love, and may possibly be considered a sequel to it.

Along with the various artworks, I decided to do MY OWN art for the poem.  Since I only had a scan of the last page, I started there, maintaining the original page layout & text design.  I went on from there.  3 of the pieces are based on or include photographs of Harleigh Cemetery in Camden, New Jersey, where I worked for 2 years promoting the new Veterans' section from 2009 to 2011.  Decades back, when Camden was a thriving city, Harleigh was where all the "filthy stinking rich" used to be buried.  As such, it's the closest equivalent in this area to "Eagle Hill Cemetary" on DARK SHADOWS, the place where the Collins Mausoleum was located. 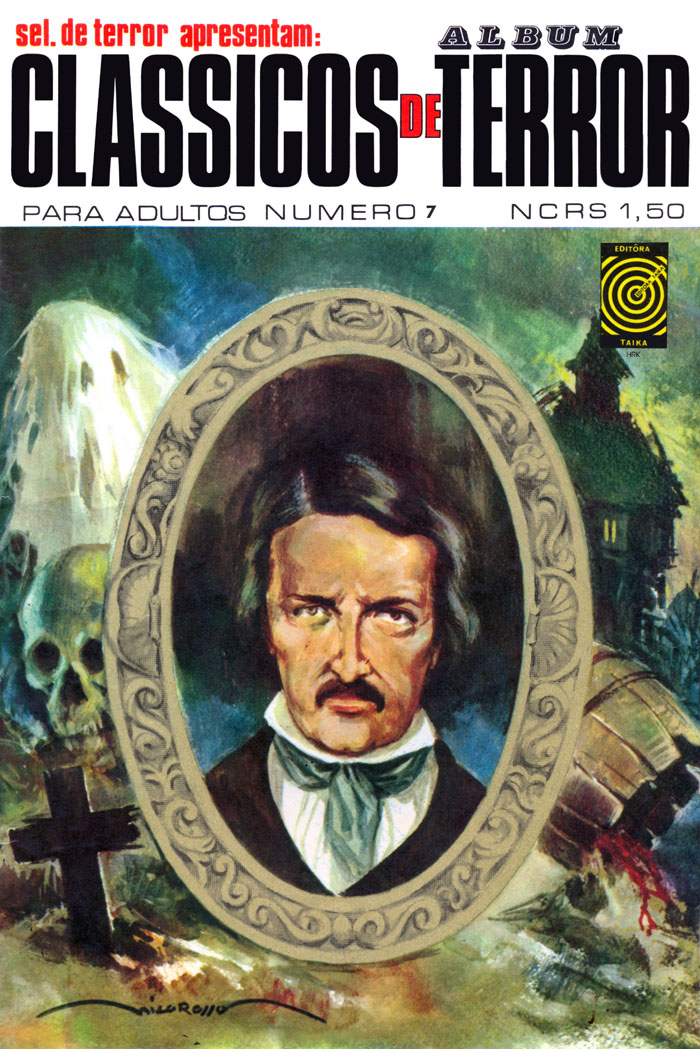 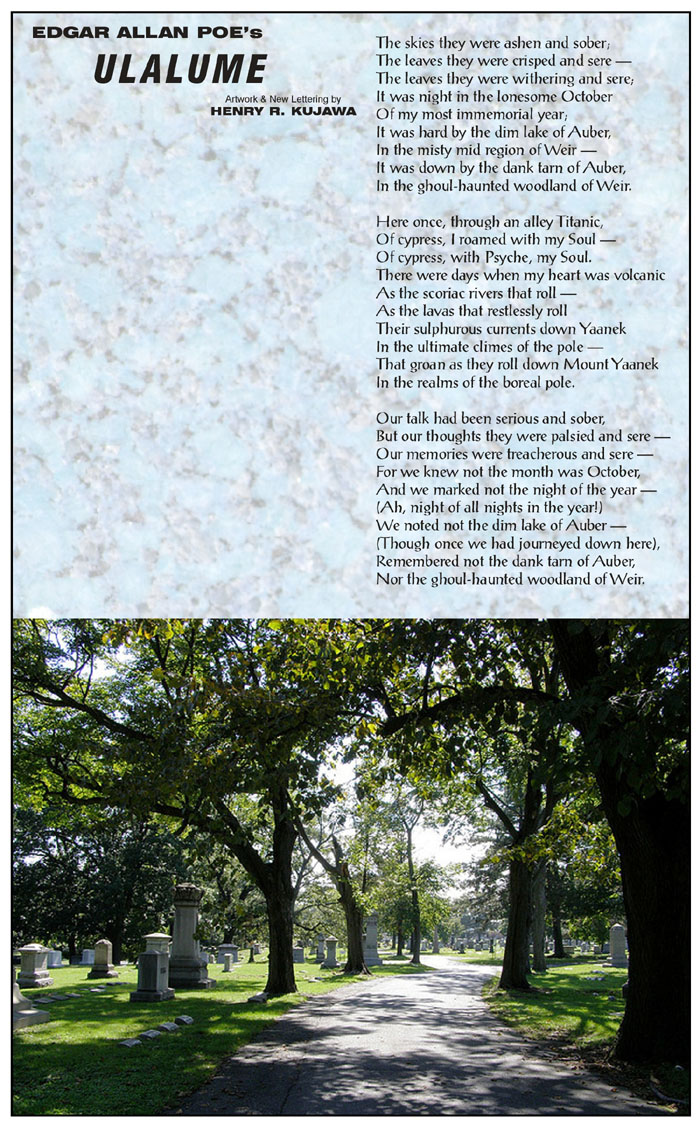 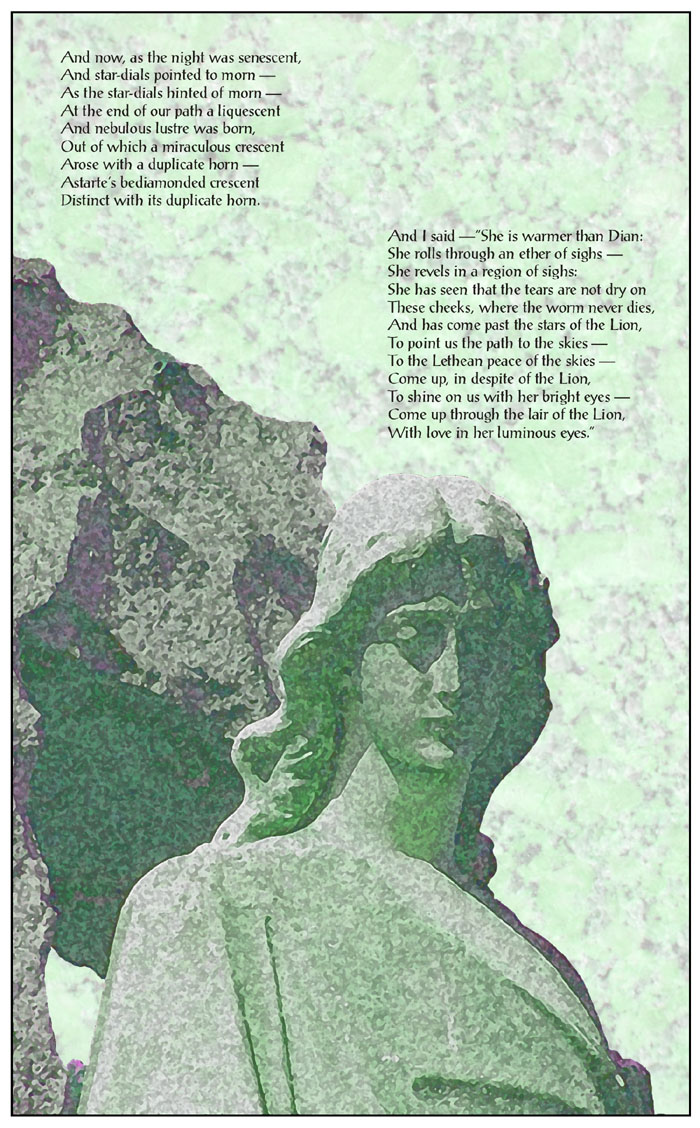 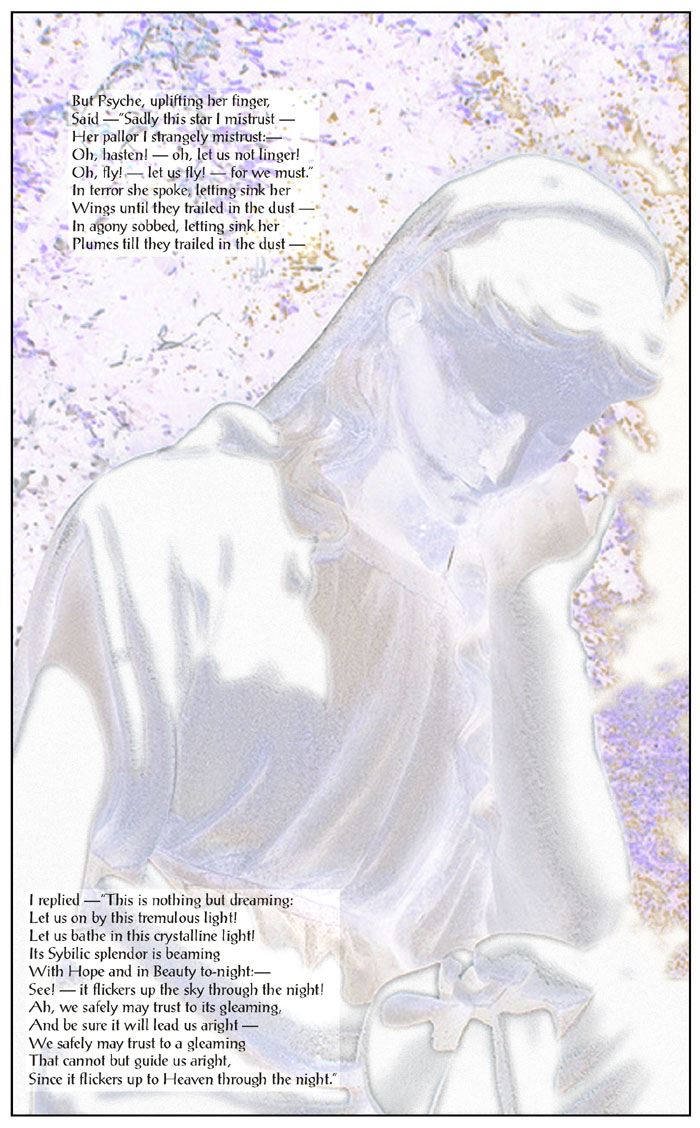 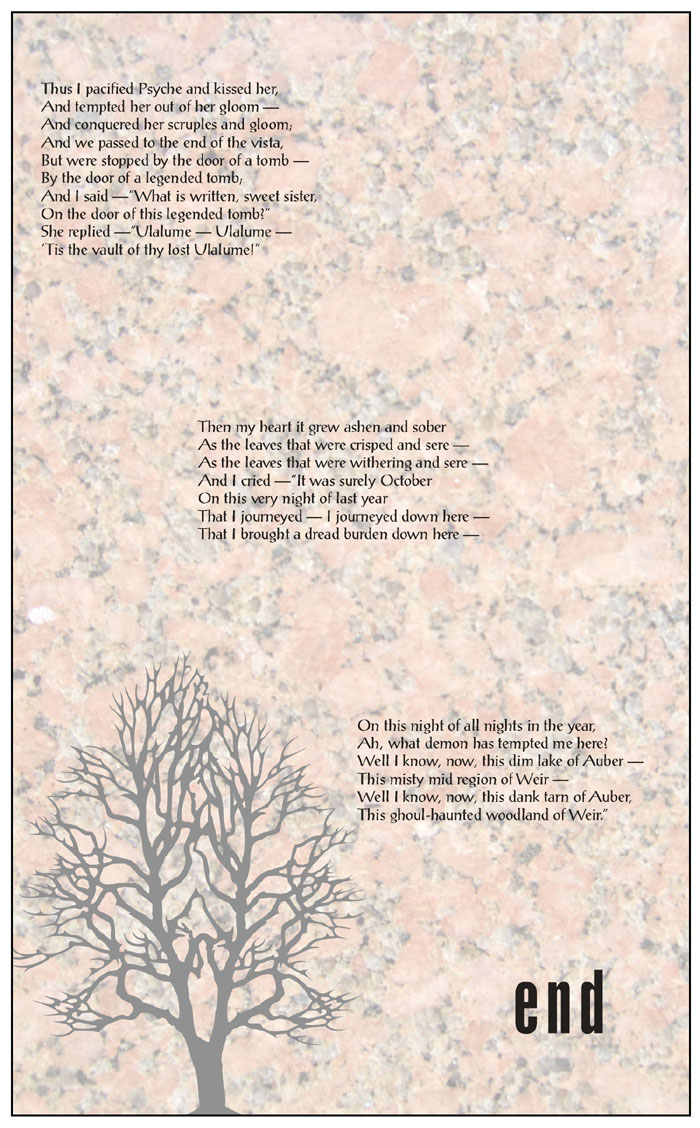 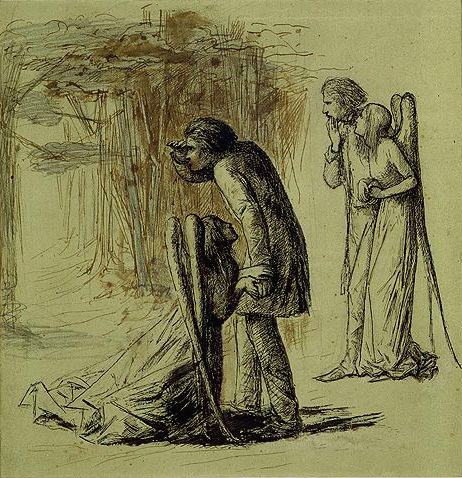 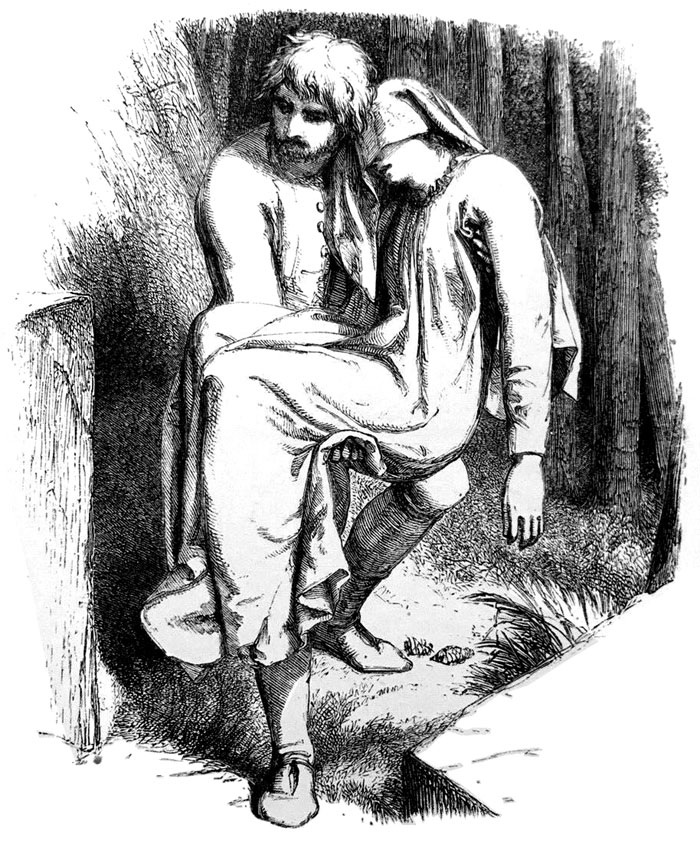 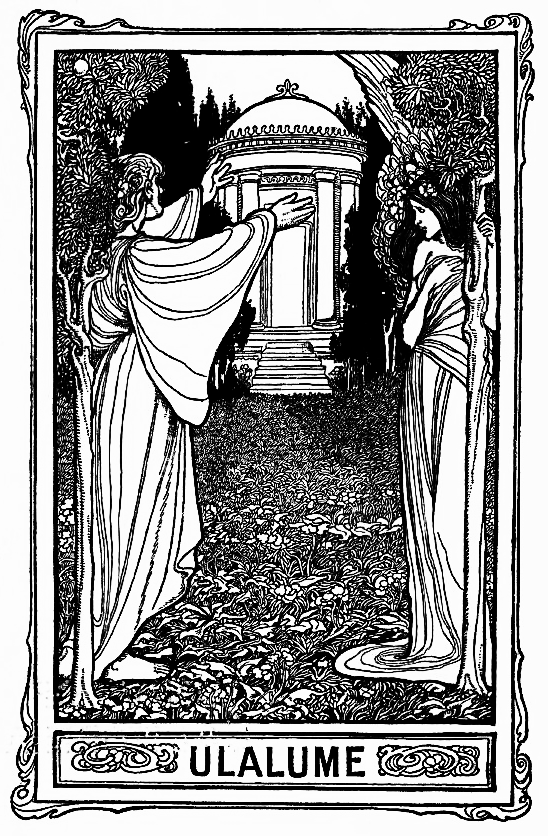 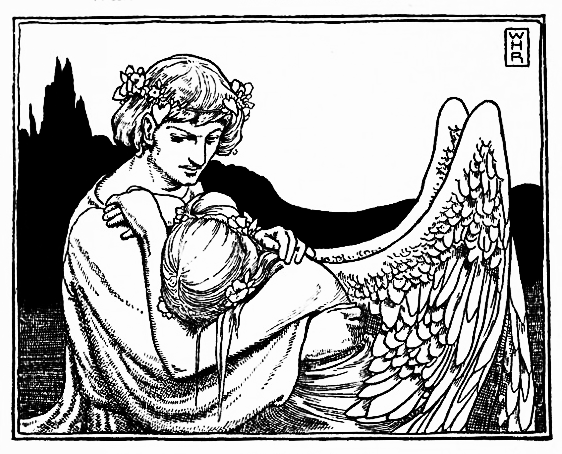 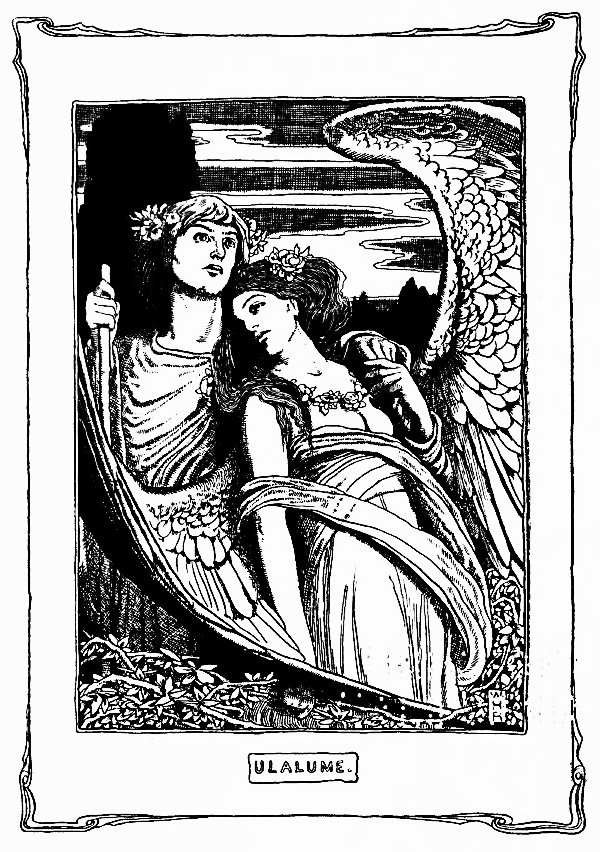 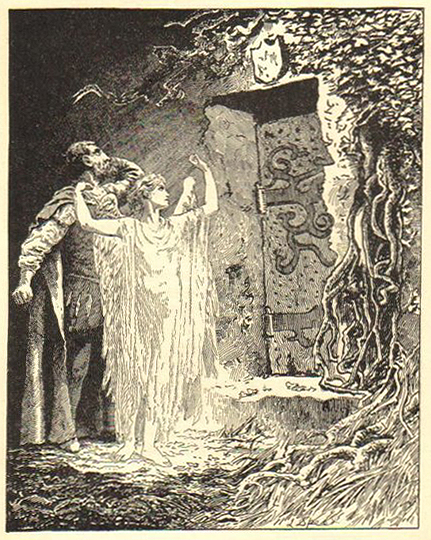 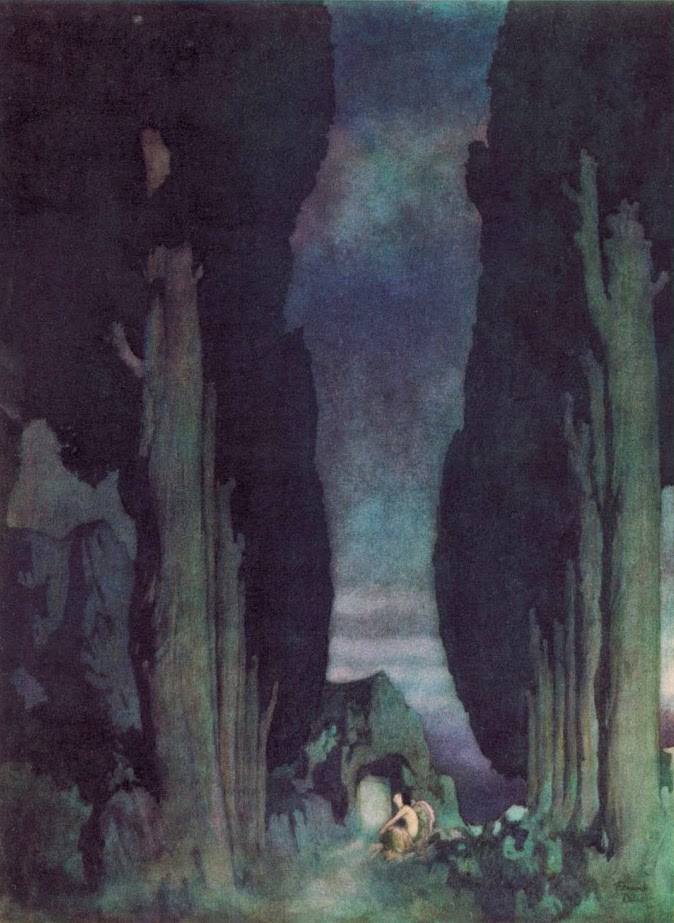 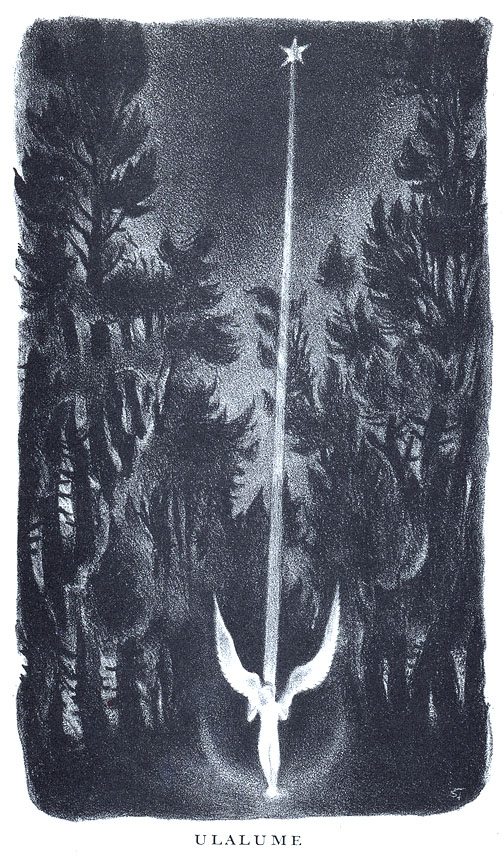 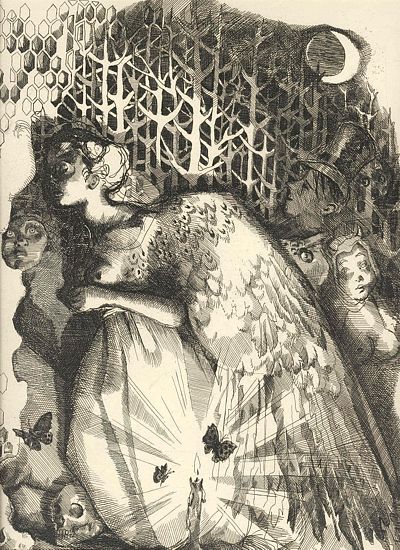 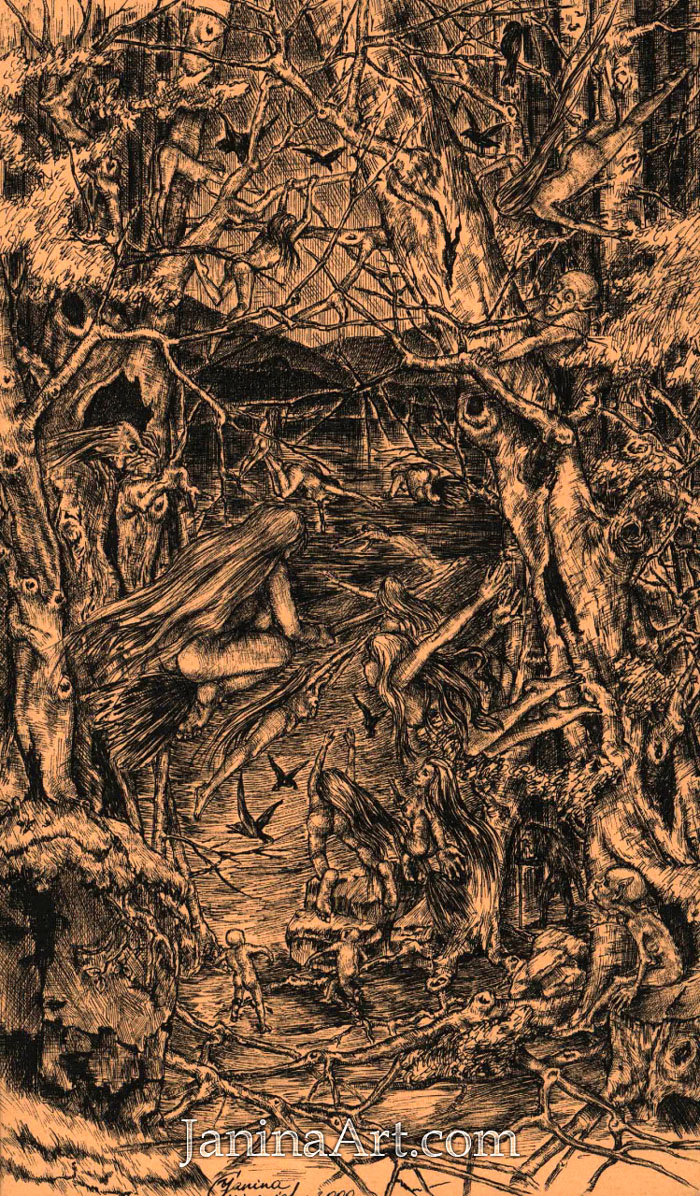 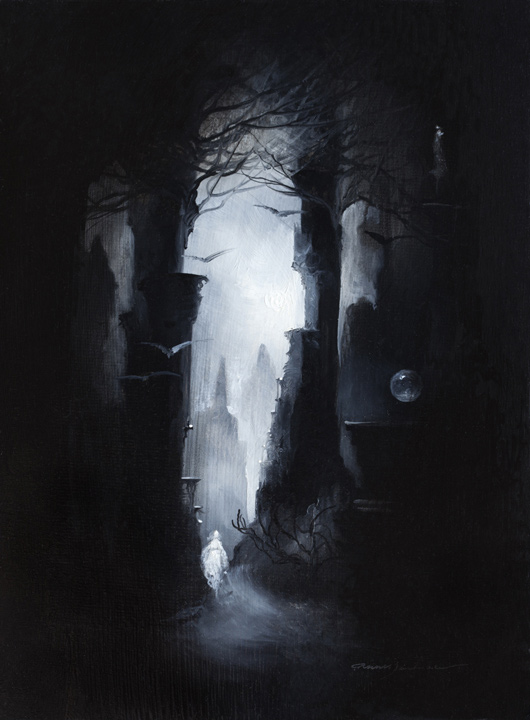 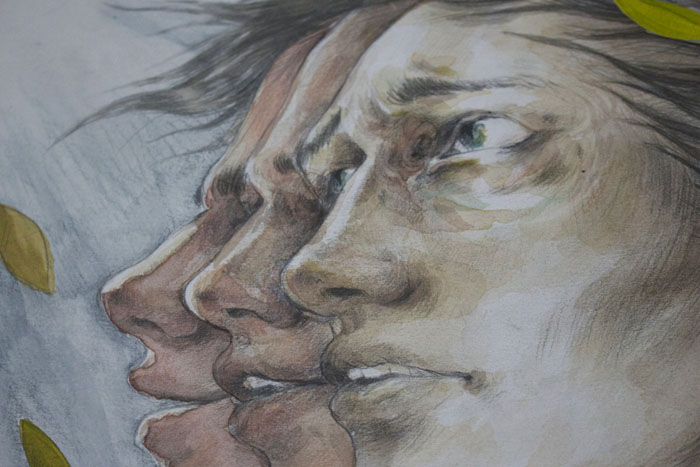 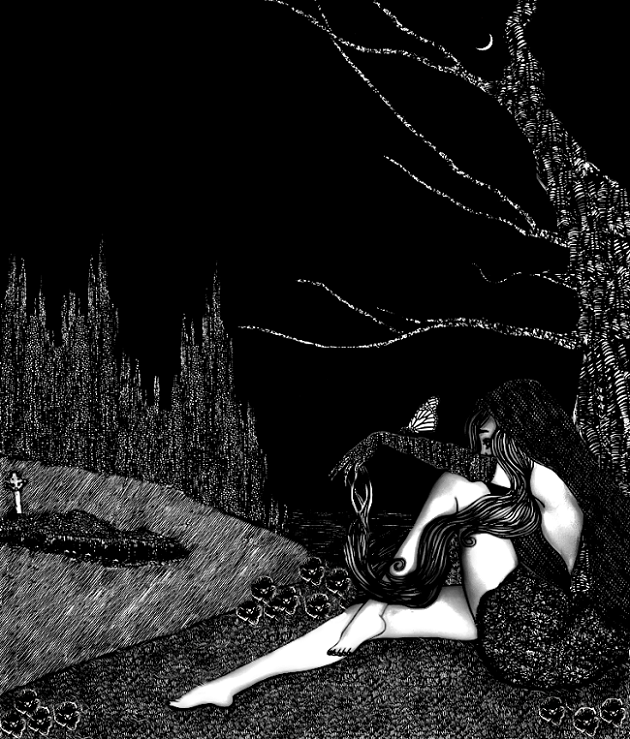 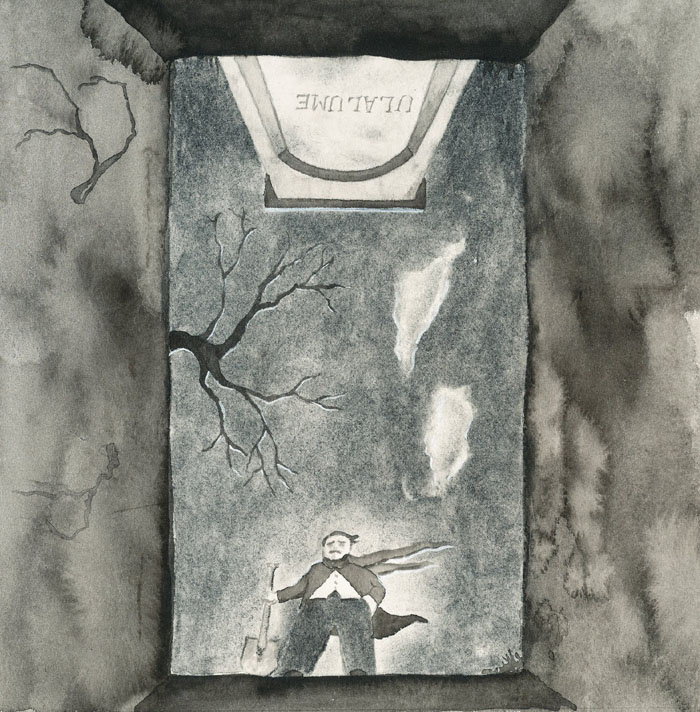