8th in line, is a rather questionable item...

This was the only comics version of this story I have found, and as I type this, I have yet to determine exactly WHICH story of POE's this is adapted from-- if any.  I wouldn't even have included it in this project, if the splash page didn't distinctly say "Adaptacao Conto De Edgar Allan Poe" on it.

The art this time is by Luis Meri Quevedo.  It took me some time before I stumbled across his full name, along with a brief bio, at the Guia Dos Quadrinhos database site...

"Signed both "Luiz Meri" and "Luiz Quevedo". It is an Argentine comic artist well known for his work done in Brazil in the 60s for publishers like D'Art and Taika. In the latter, launched en 1966 along with fellow Argentine Osvaldo Talo, a new hero, eccentric name and uniform idem, blue and full of black rivets. His name was Fantastic, created custom for Renê Figueiredo editor. Meri was also the first writer of "Mirza" Eugenio Colonnese in 1967."
--Antônio Luiz Ribeiro

This was his only POE story. 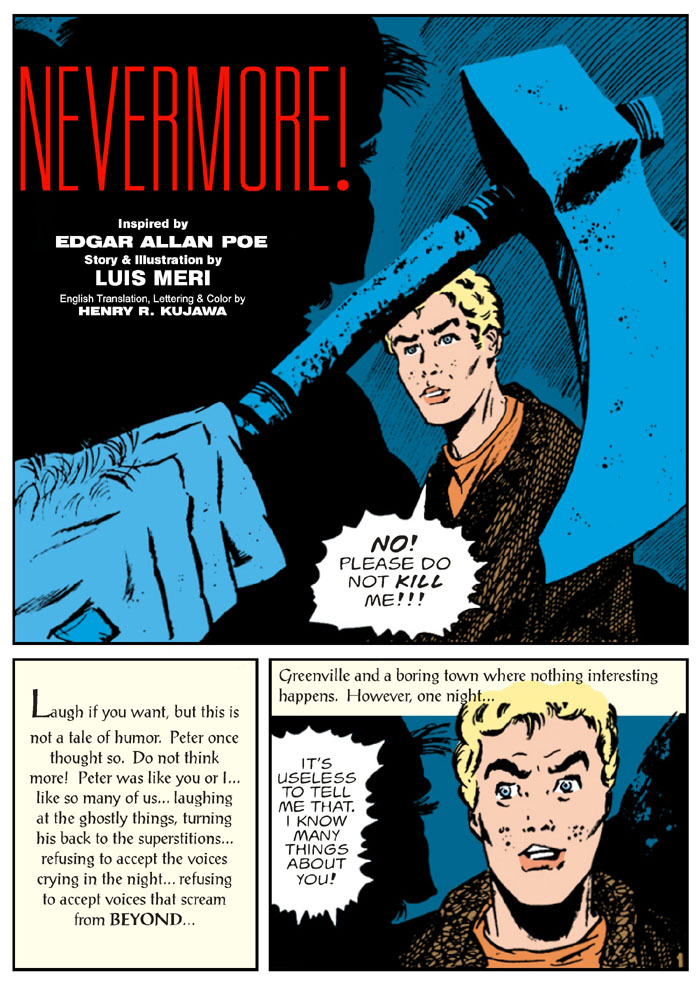 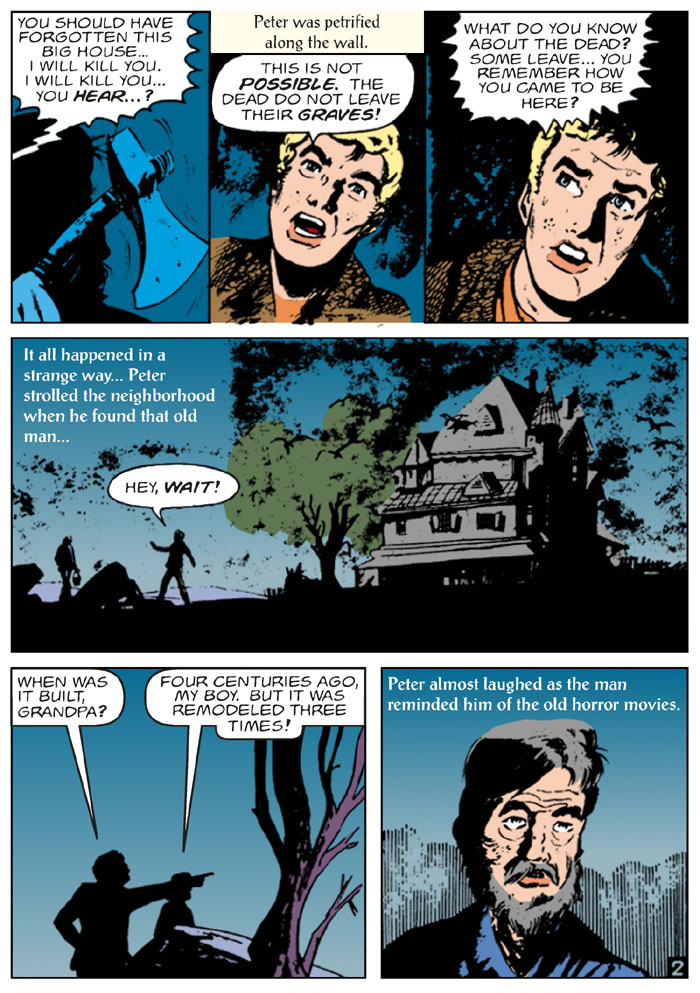 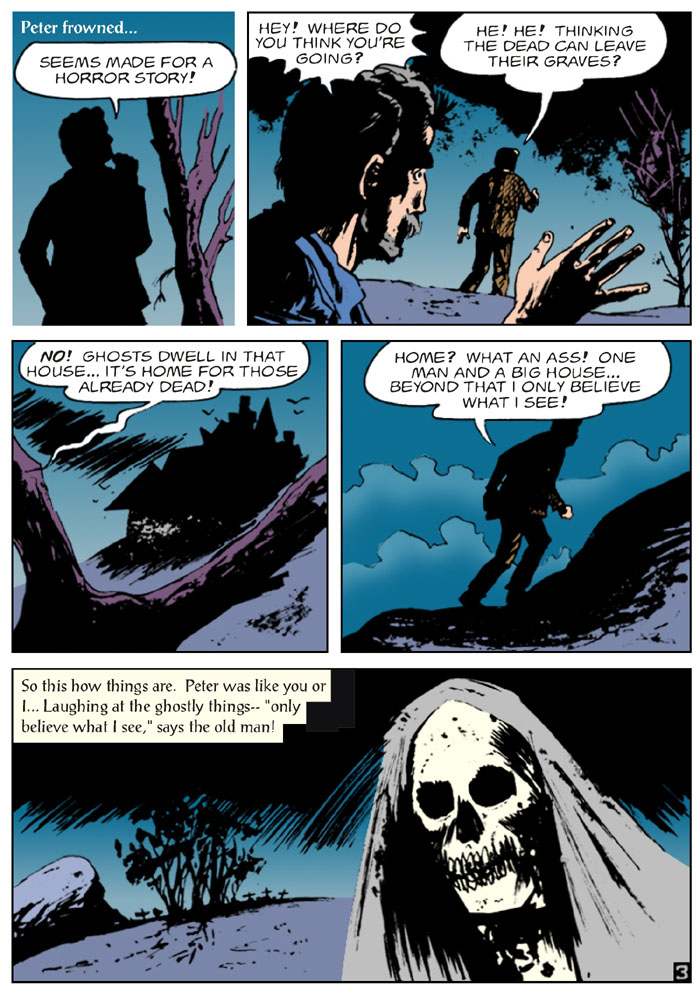 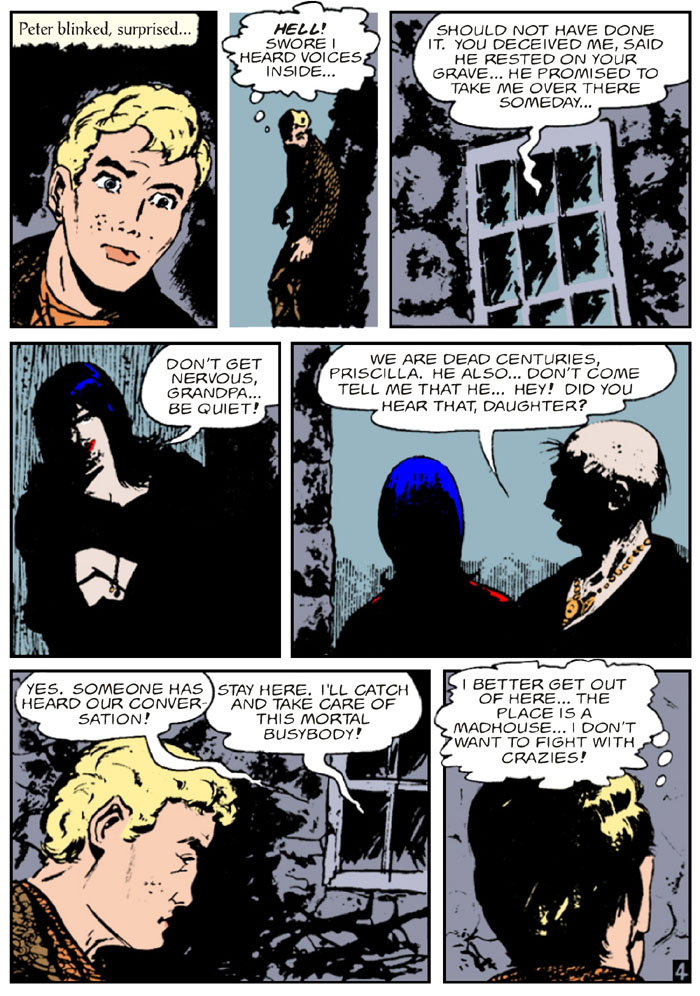 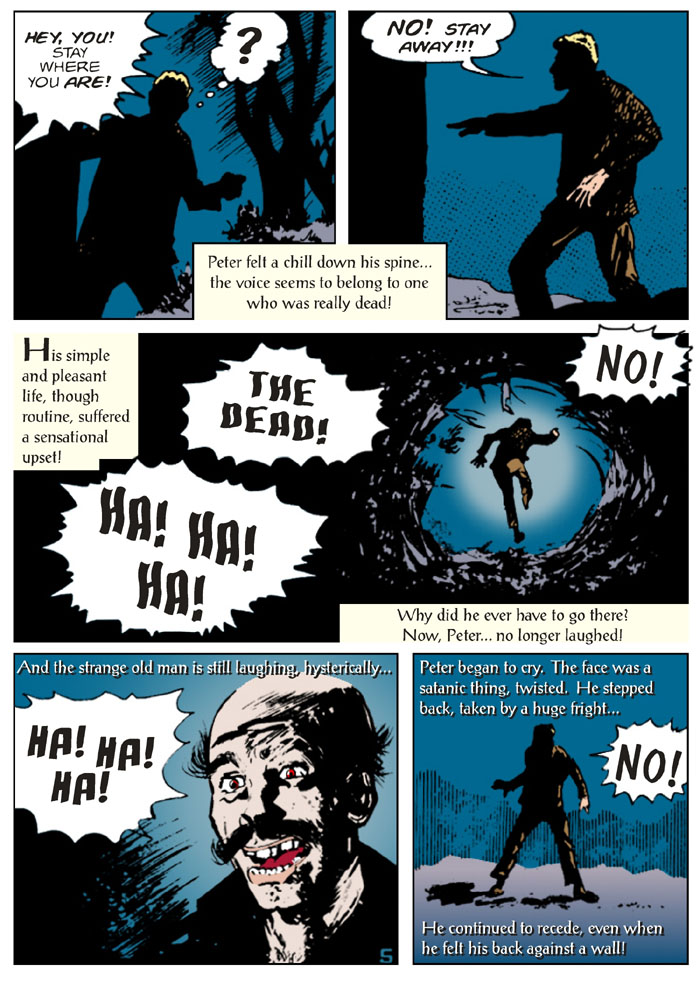 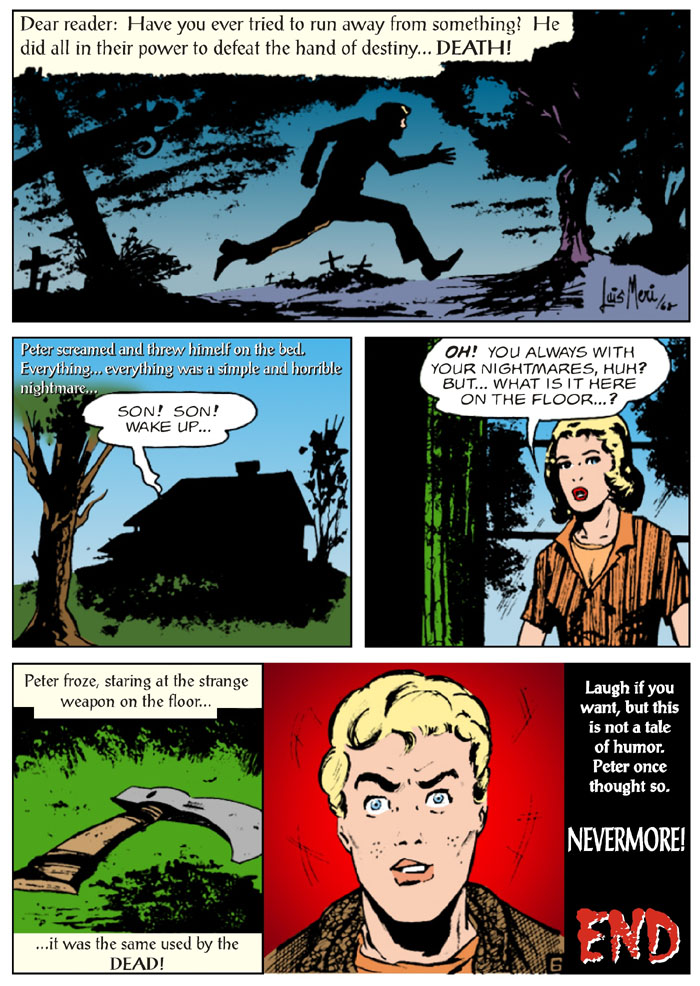