Beginning with TALES TO ASTONISH #52, Giant-Man and The Wonderful Wasp's series was taken over by Dick Ayers (although Jack Kirby continued to do ALL the covers!). Don Heck's final episode was in TTA #54, which makes me wonder if it hadn't been sitting around for a few months. Heck would return to the characters in THE AVENGERS, especially when they rejoined to the group in issue #26. 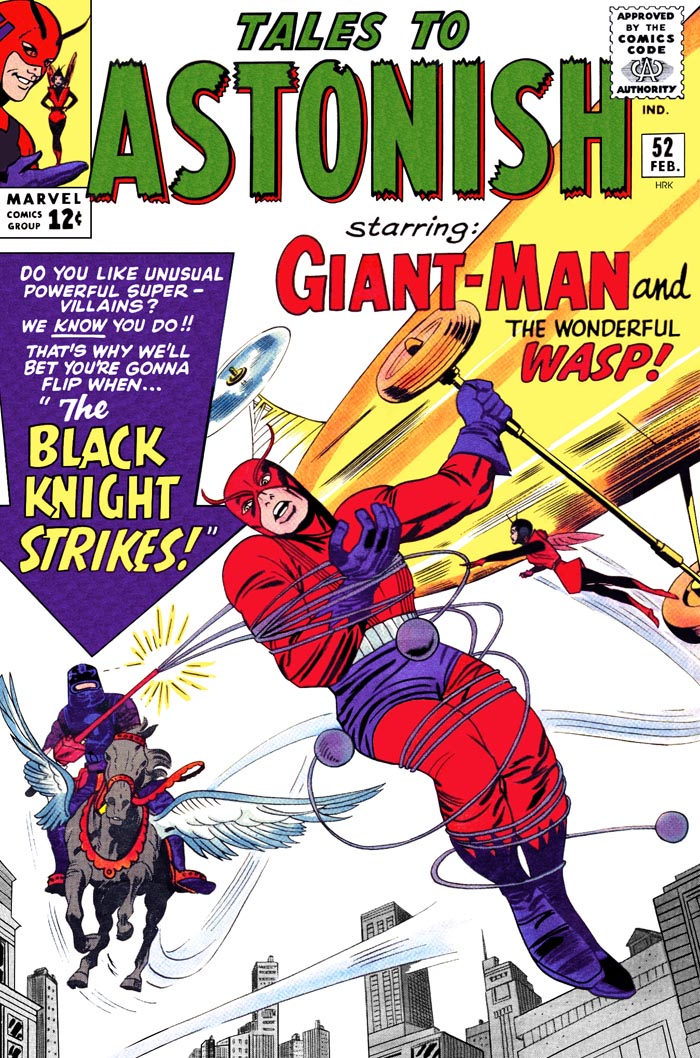 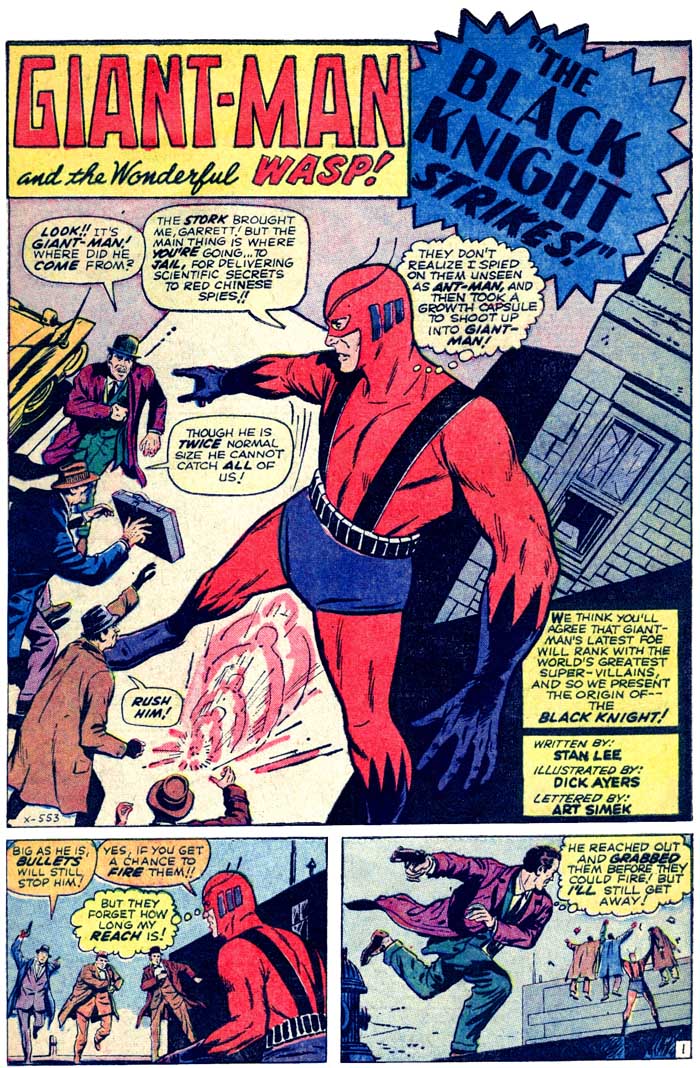 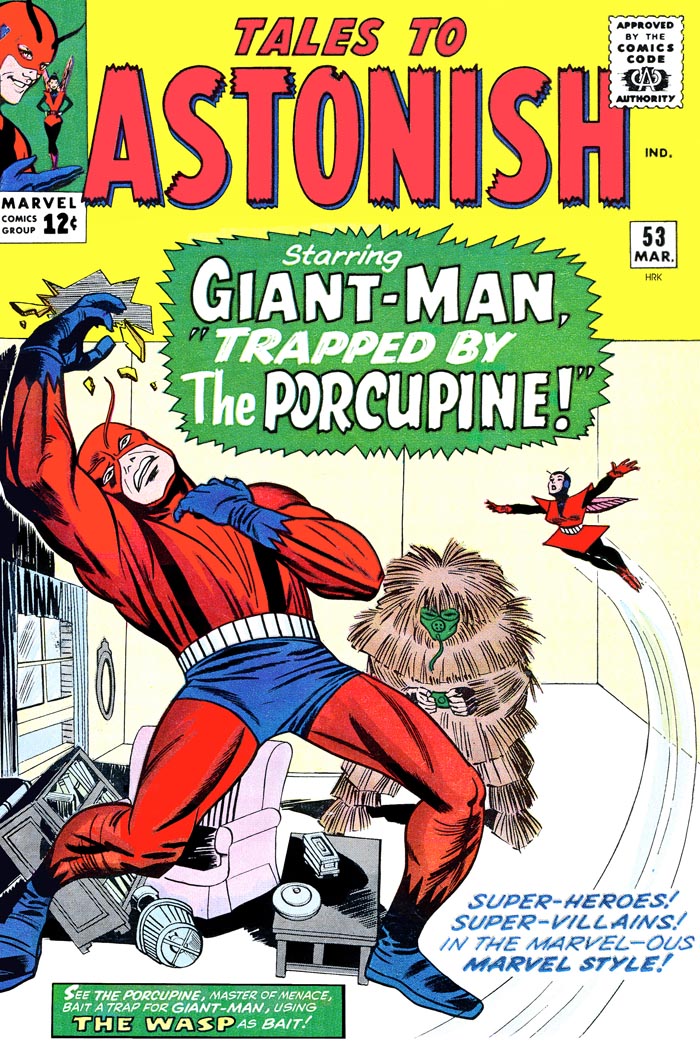 This strikes me as some kind of production office botch-job.  There's all this empty space down the right side with nothing there, and the text is taking up much more room than usual. Plus, Giant-Man's right elbow is hitting the left side of the panel, in a way that violates a basic "design" principle.  The impression is, Jack Kirby drew the cover, and Stan had Sol Brodsky shove the whole image over to the left, to make room for The Wasp flying on the right.  But wait, there's more!  Something made me dig out my ESSENTIAL ANT-MAN book, and what do I find?  The Wasp figure has been REPLACED!  I'd already noticed the the figure of The Wasp seen here is IDENTICAL to the one on TTA #51, meaning, this one's a STAT.  But sure enough, Jack had drawn a very different pose of her flying, which was replaced.  As happens quite a lot with 70's reprints and ESSENTIAL books, the earlier, un-changed version turned up long after-the-fact.


Wouldn't you know it? I don't even like this one, and it took me FAR more hours than normal to clean it up. 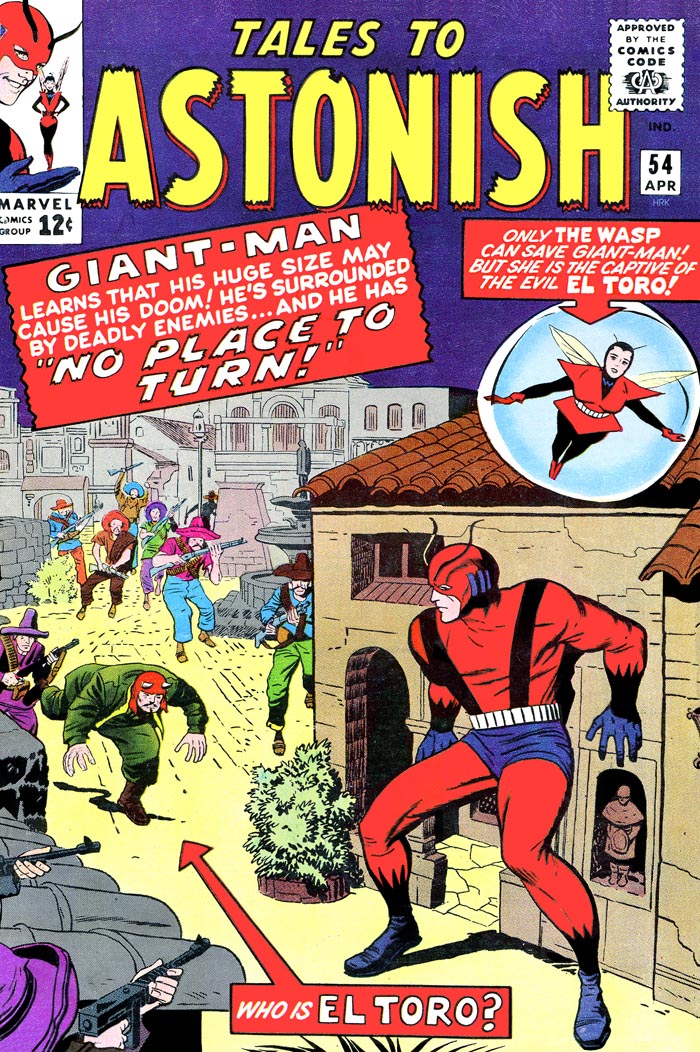 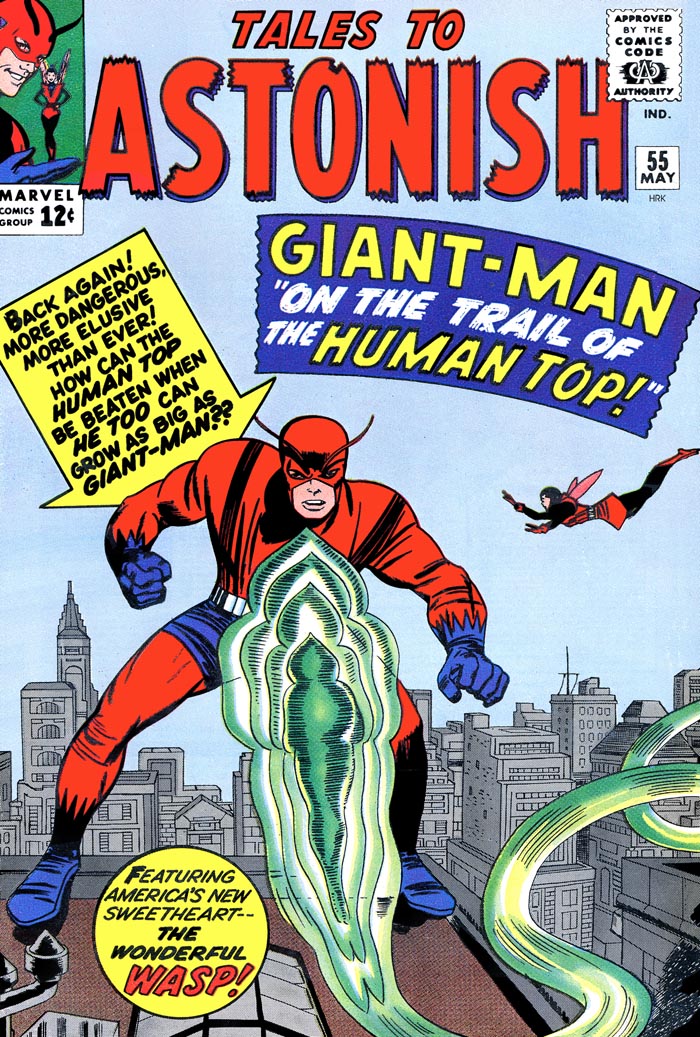 Below is one of the most time-consuming restorations I've done in months. In addition to fixing the edges, and a vast amount of the flat colors, I added art to the upper-left corner (which meant the entire top and left edges as well), PLUS, I tediously RECREATED the entire dark blue background pattern on a separate layer, in order to both enrich the color (which turned up ALMOST BLACK in the scan), as well as eliminating endless dirt, inconsistency, and an infinity of creases and other damage. I think it was worth it!
(Now if only the DESIGN itself didn't stink. Stan just did not know when to SHUT UP!! I sense a "Fantasy" version in the offing here...) 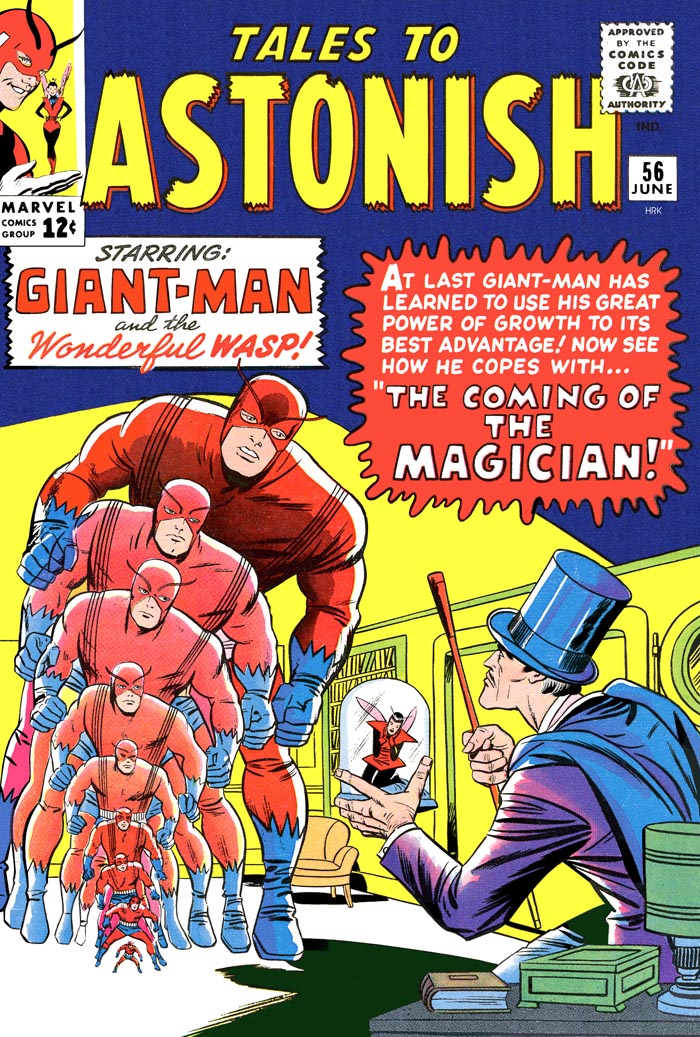 Sure enough...  my own "Fantasy" version! 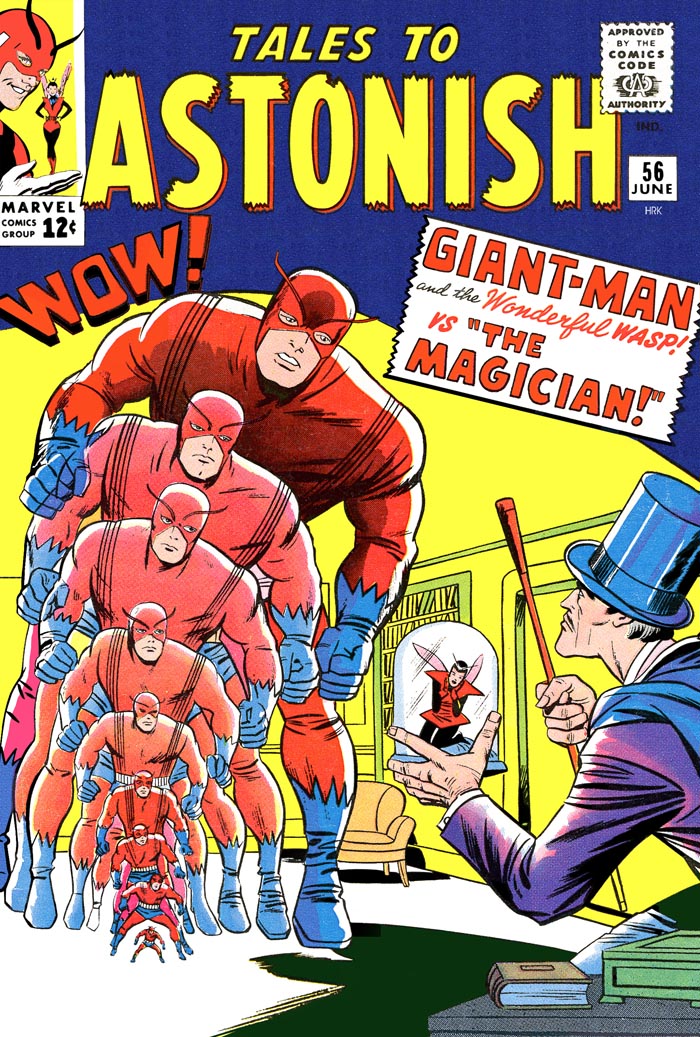 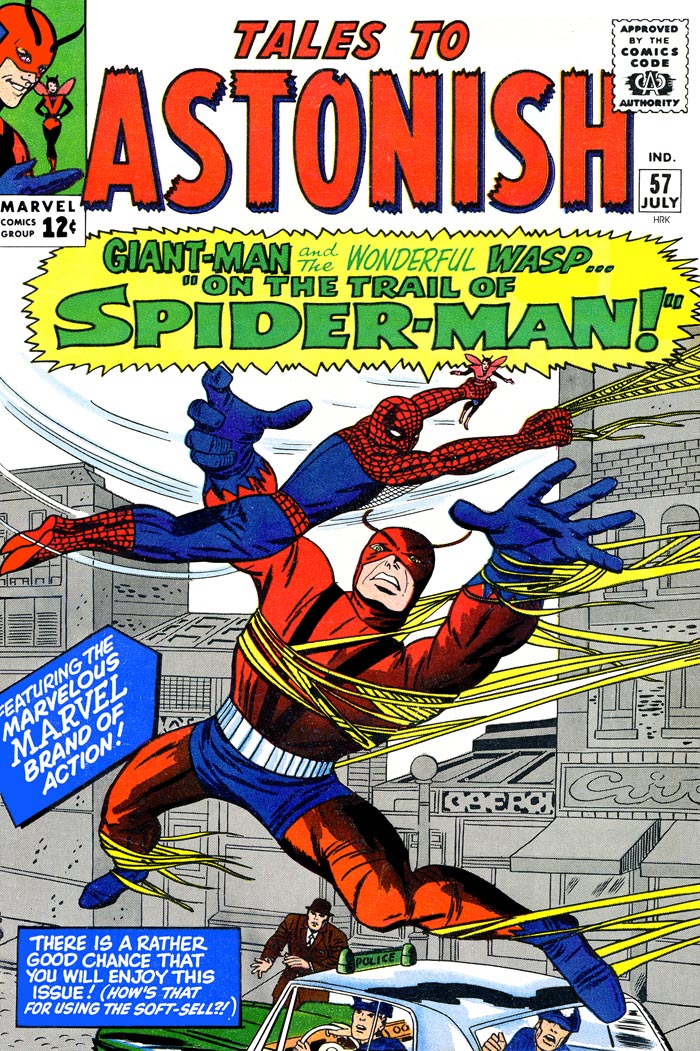 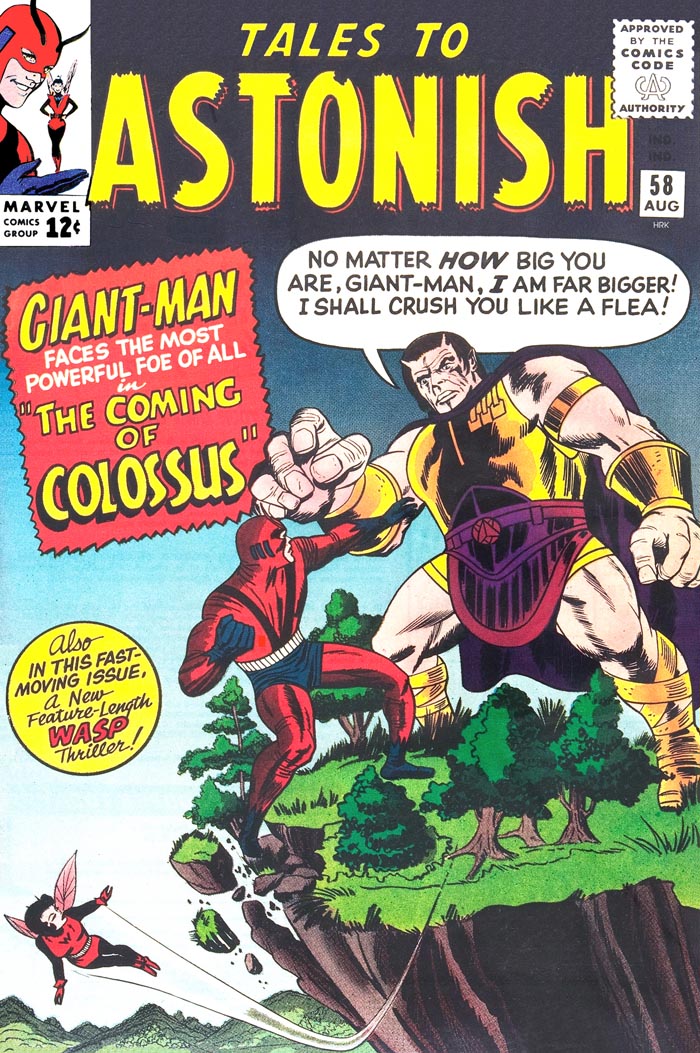 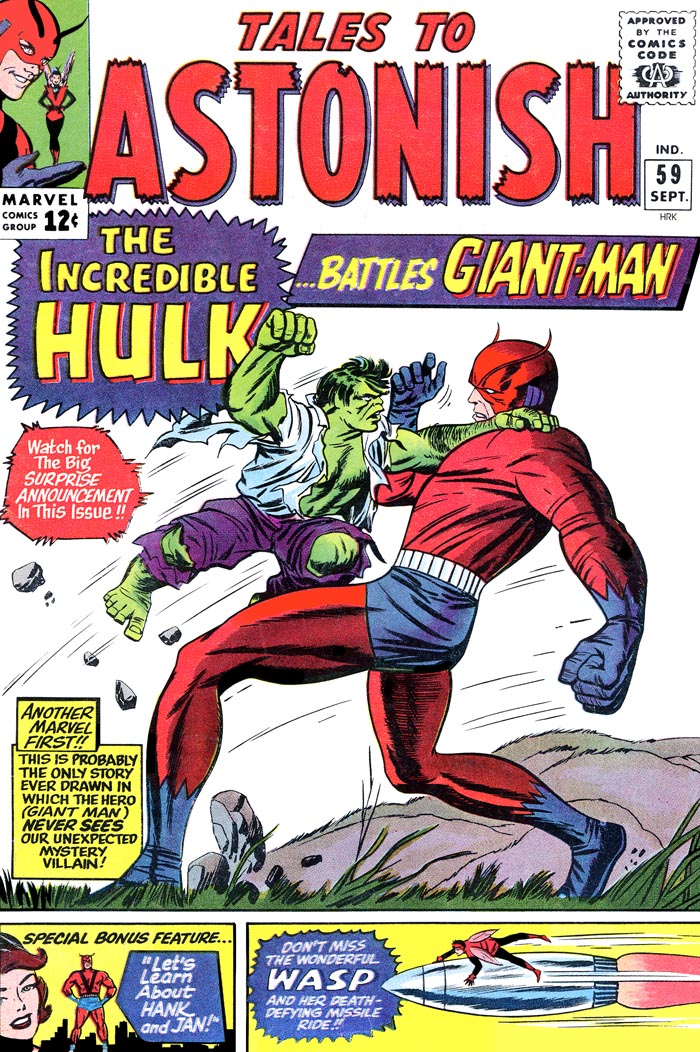