Change was in the air for this period of TALES OF SUSPENSE.  All 3 "split books" (TALES OF SUSPENSE, TALES TO ASTONISH and STRANGE TALES) switched to alternating every-other month between a single feature (though for a long time, the lead strips and back-ups remained leads and back-ups, regardless of what was on the covers).

Jack Kirby was stretched thin doing "layouts" for other artists (which means, HE was writing the stories, uncredited and UNPAID).  The series involved were The Incredible Hulk, Nick Fury, Agent Of SHIELD, X-Men, and Captain America.  Cap's series had art by Dick Ayers, George Tuska, John Romita (and, without Kirby's involvement, Jack Sparling and Gil Kane).

But perhaps the most shocking change was when Don Heck somehow got bumped off of IRON MAN-- his big contribution to the superhero genre-- and replaced by Gene Colan.  Suffice to say, you could hardly find 2 artists whose styles were more different.  Not to mention, their storytelling styles.

I often liken it to comparing 2 particular James Bond movies-- FROM RUSSIA WITH LOVE and YOU ONLY LIVE TWICE.  Same hero, same star, but totally different in look, feel, budget, everything.  And while it's undeniable that YOLT a visual spectacle and incredible fun to watch, on the writing end, it doesn't really make that much sense, especially when compared to FRWL, one of the best-written "007" films ever made.

I'm afraid there's still a PILE of these covers waiting for me to do restorations on.  I hope one of these days I can somehow manage to finish the set.

TALES OF SUSPENSE 71  /
art by Jack Kirby & Wally Wood   (November 1965)
This one kinda blows my mind. The combined styles of Jack Kirby & colorist Stan Goldberg are SO overpowering, that the inks of Wally Wood-- generally regarded as one of the most "overpowering" inkers in the biz-- almost disappear into the mix! (The same goes for the interiors, where Wood's inks are almost completely overpowered by Don Heck's pencils! What a great, if short-lived, team they made.) 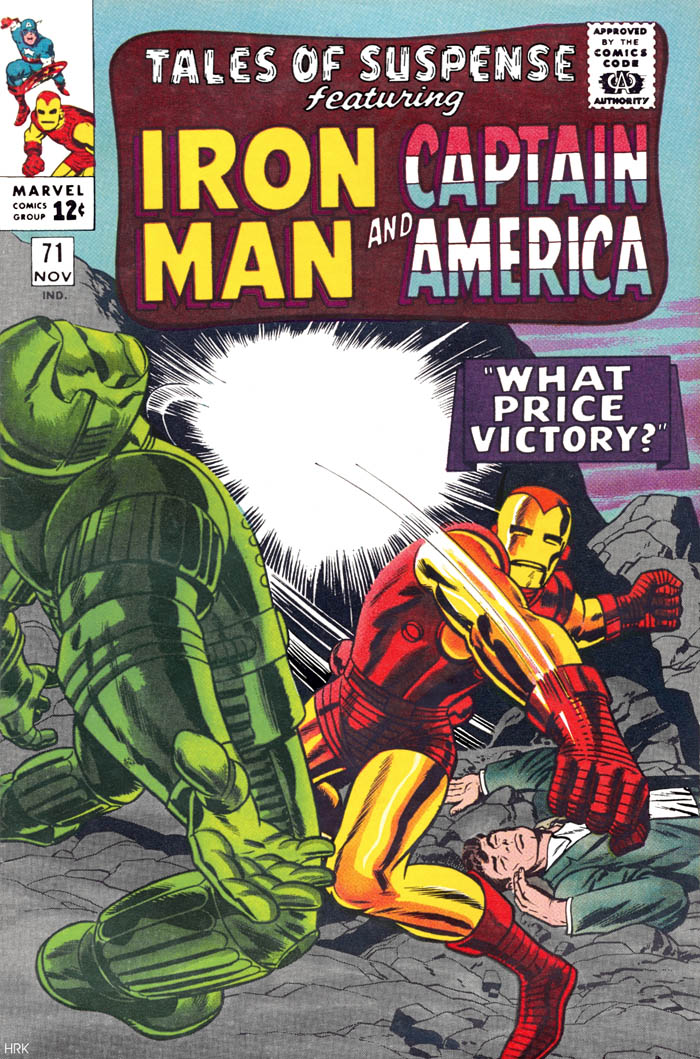 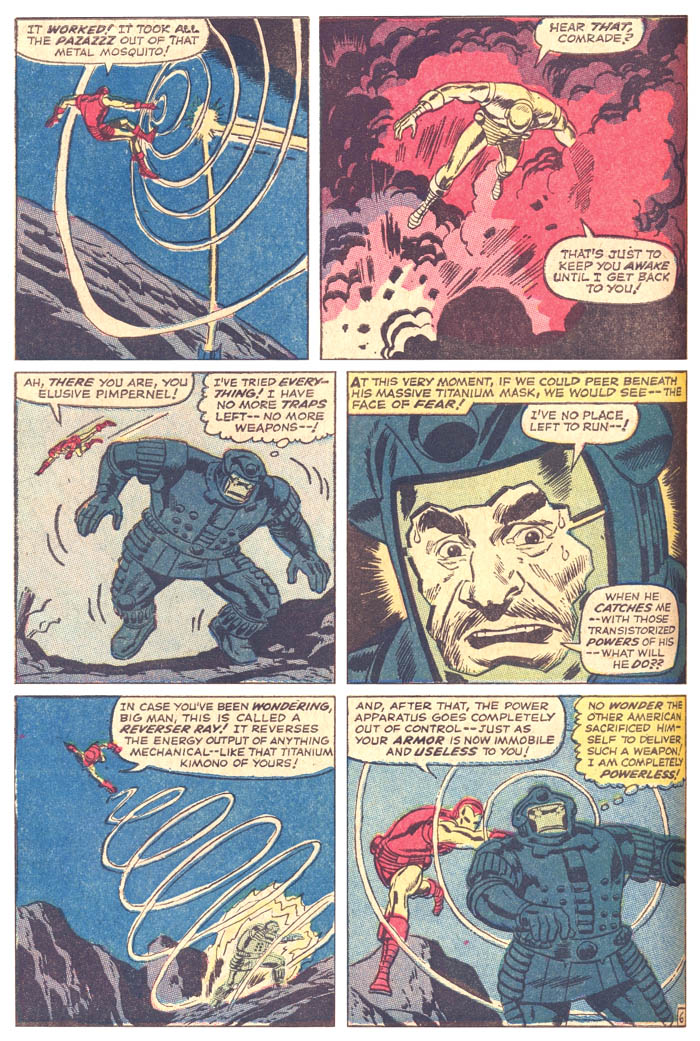 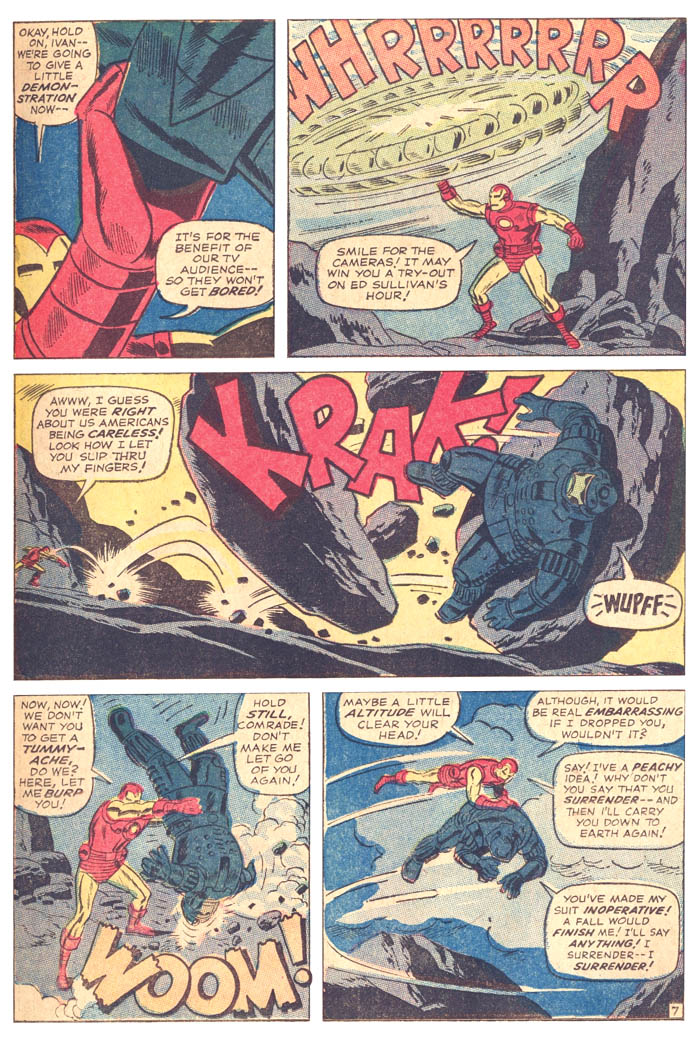 I just had to include these 2 pages by Don Heck & Wally Wood! 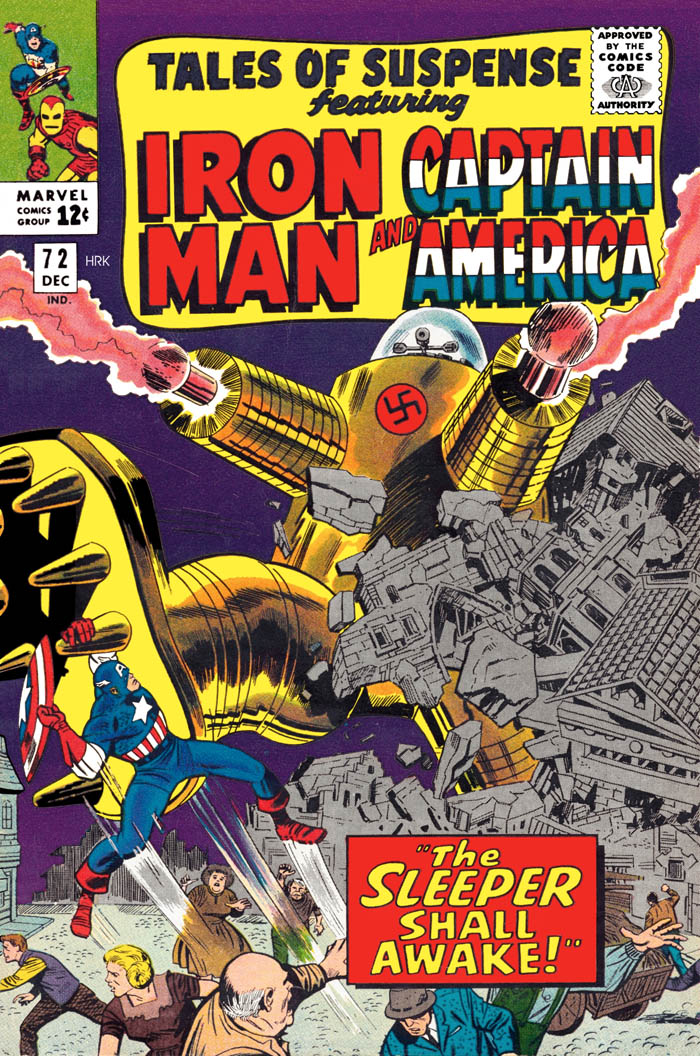 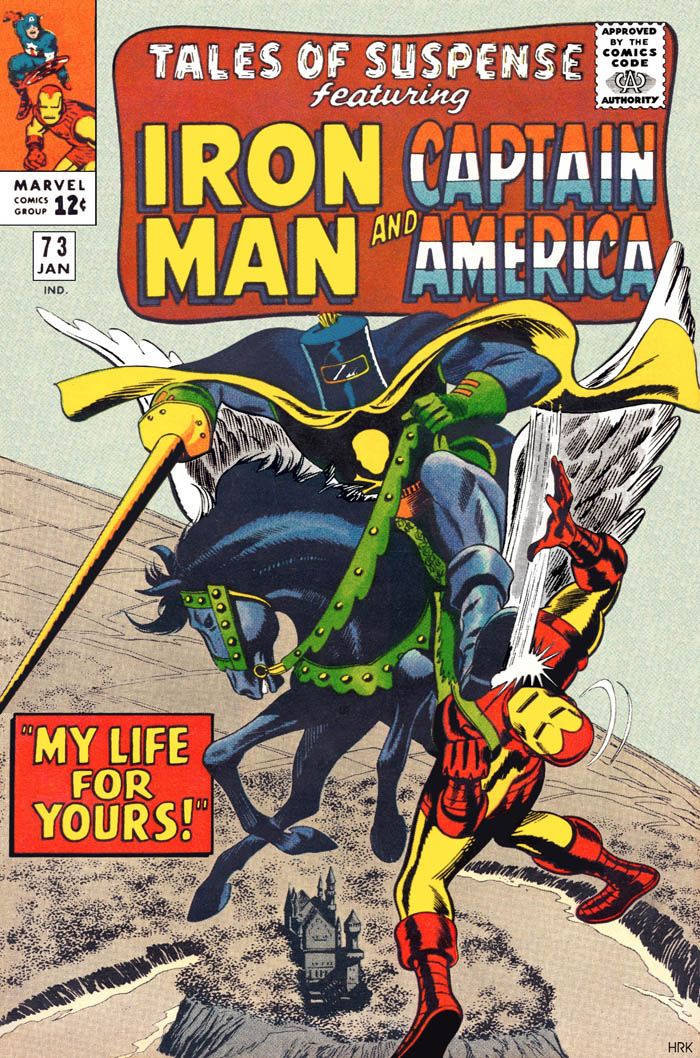 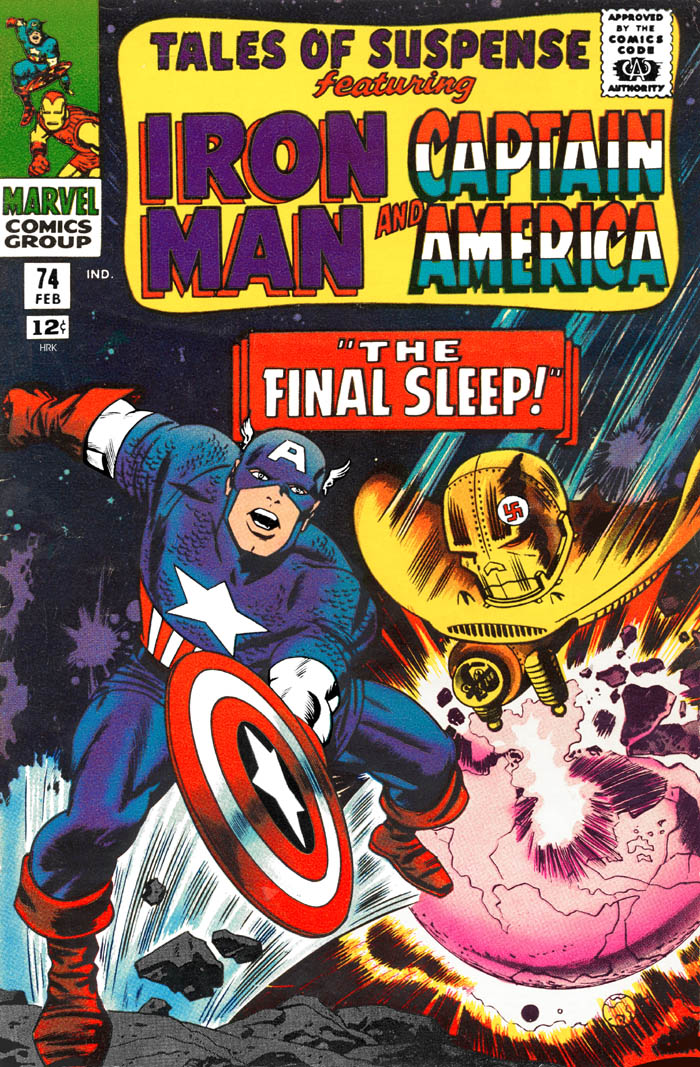 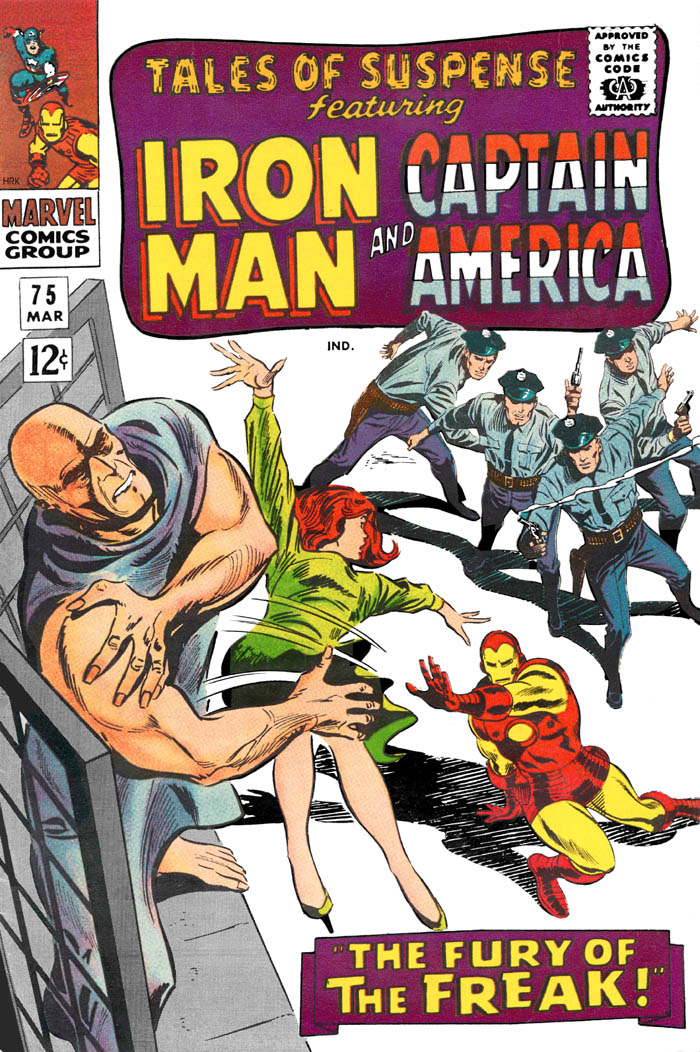 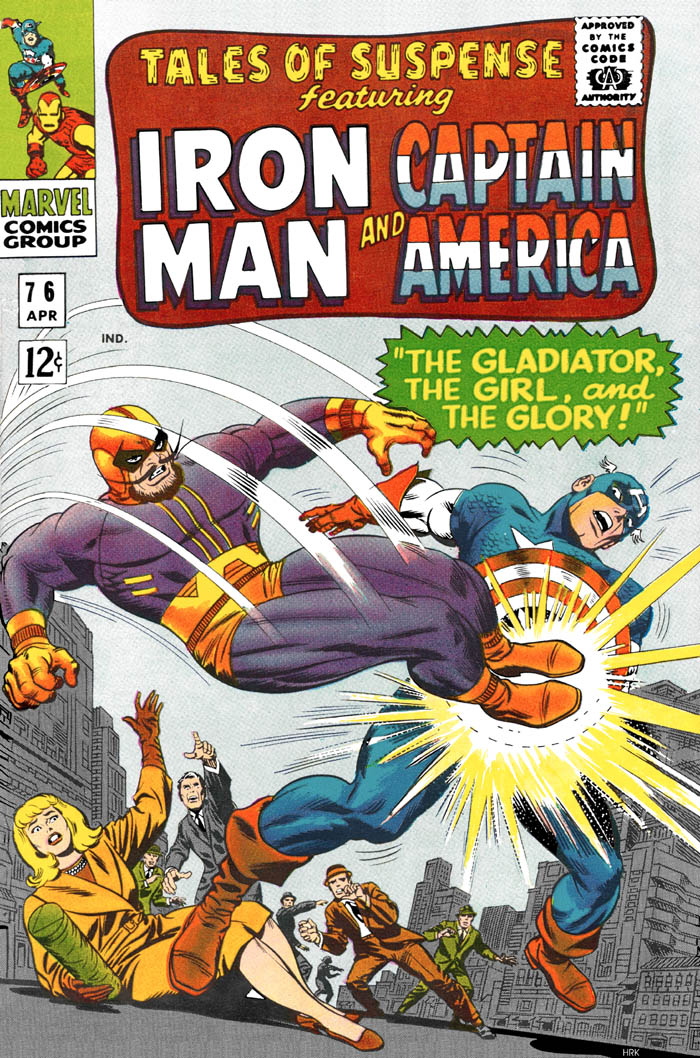 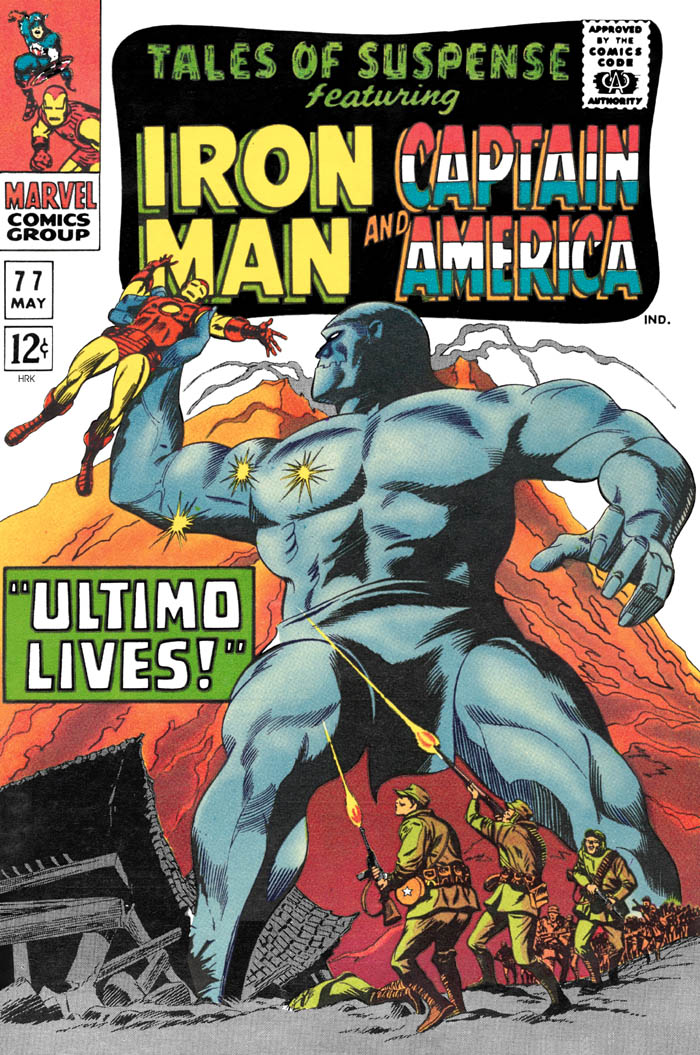 More when they get done!