This is probably my favorite stretch of IRON MAN stories, EVER.  Don Heck & Stan Lee were in top form. Tony Stark was never more dramatic, and Happy & Pepper were never more loyal (and at times, hilarious). We got possibly the greatest Mandarin story ever done (which included his origin!), The Black Widow was given super-powers, Al Hartley filled in on a funnier-than-usual episode, and the entire "Cold War" subtext of the series came to a climax with the introduction of perhaps the ultimate Commie badguy-- The Titanium Man!

Meanwhile, Jack Kirby exploded on the pages of CAPTAIN AMERICA, emphasizing ACTION, ACTION, ACTION, almost to the the total exclusion of "angst". And, for a run of issues designed to separate it from Cap's appearances in THE AVENGERS, we saw "flashbacks" to World War II, when Cap & Bucky Barnes were a team.  This was a slightly older Bucky than seen in the original early-1940's comics, perhaps reflecting Stan Lee's outspoken dislike for "kid sidekicks". One thing that hadn't changed since the 40's, Bucky was a fan's walking fantasy, blowing hell out of Nazis the way a costumed hero with super-strength might not.

As usual, Jack Kirby supplied the covers, which in this period tended to be fairly cramped and chaotic, as he had to somehow fit BOTH series onto all of them. 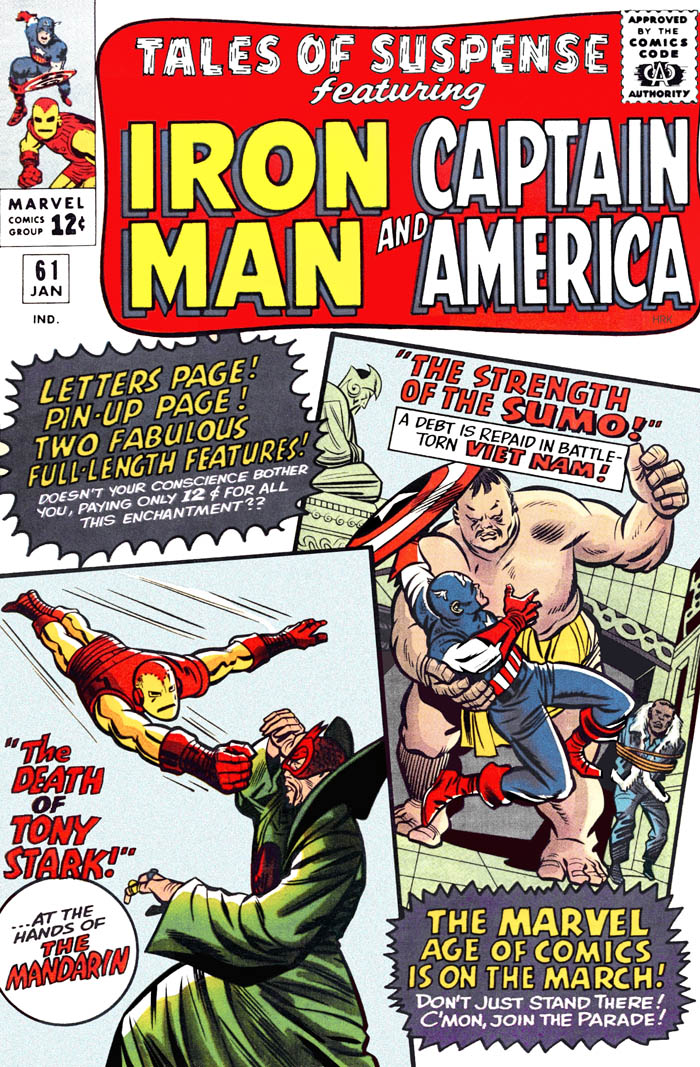 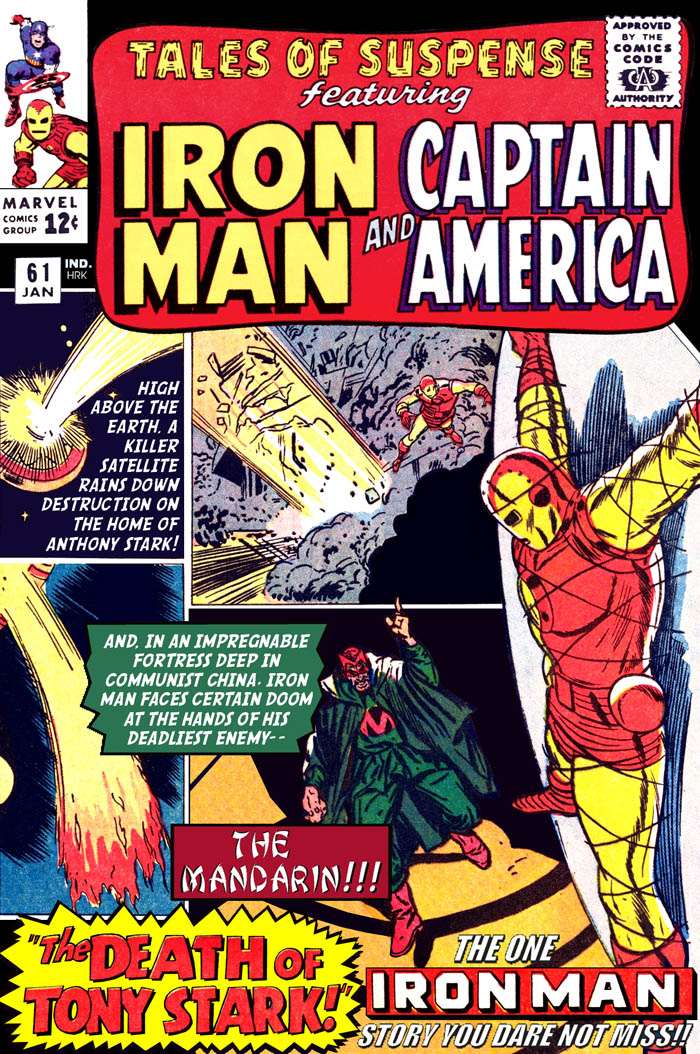 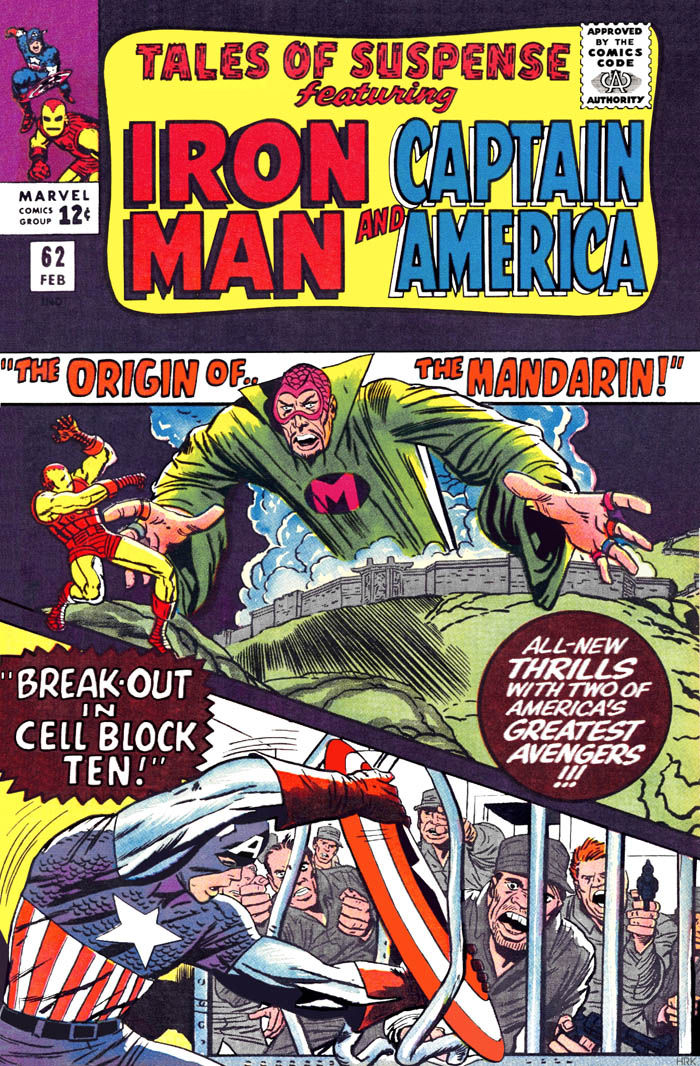 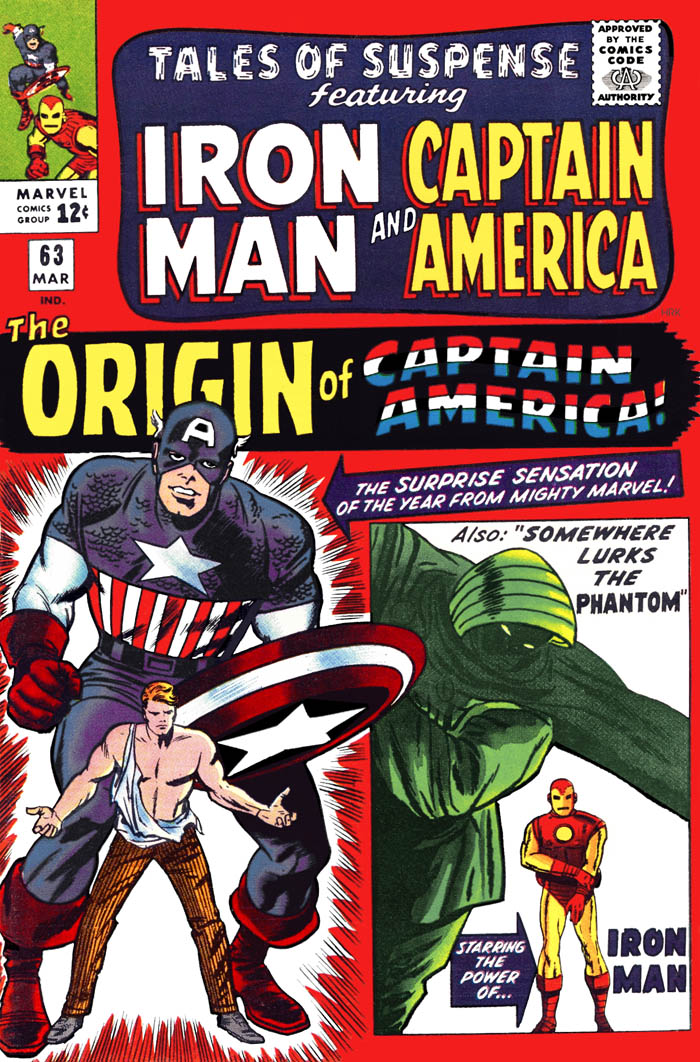 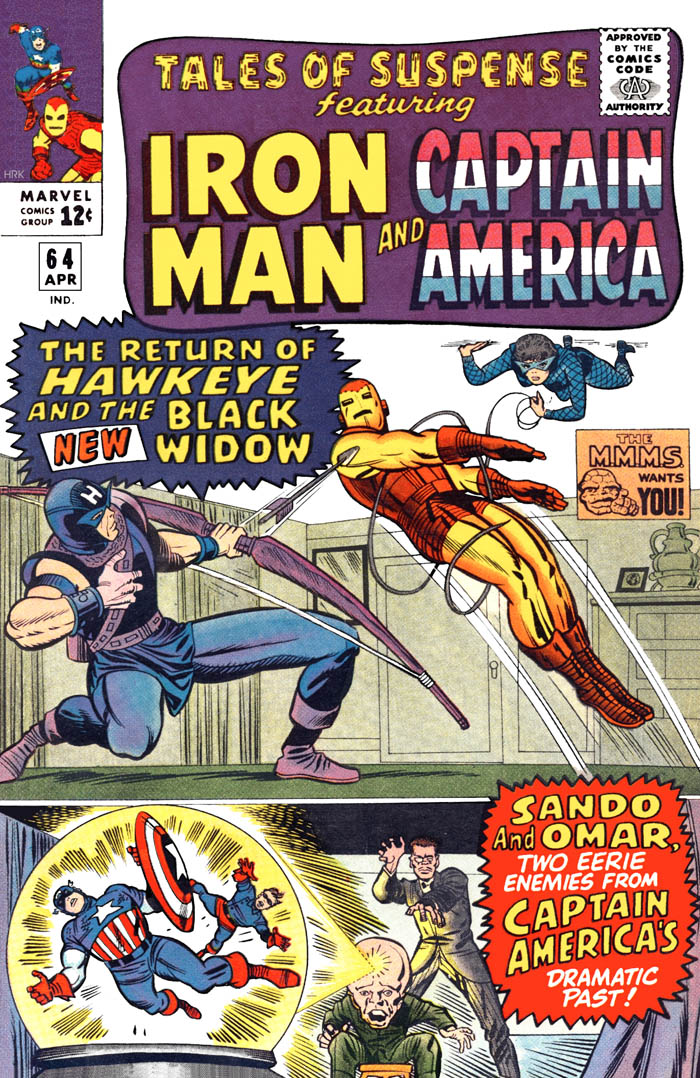 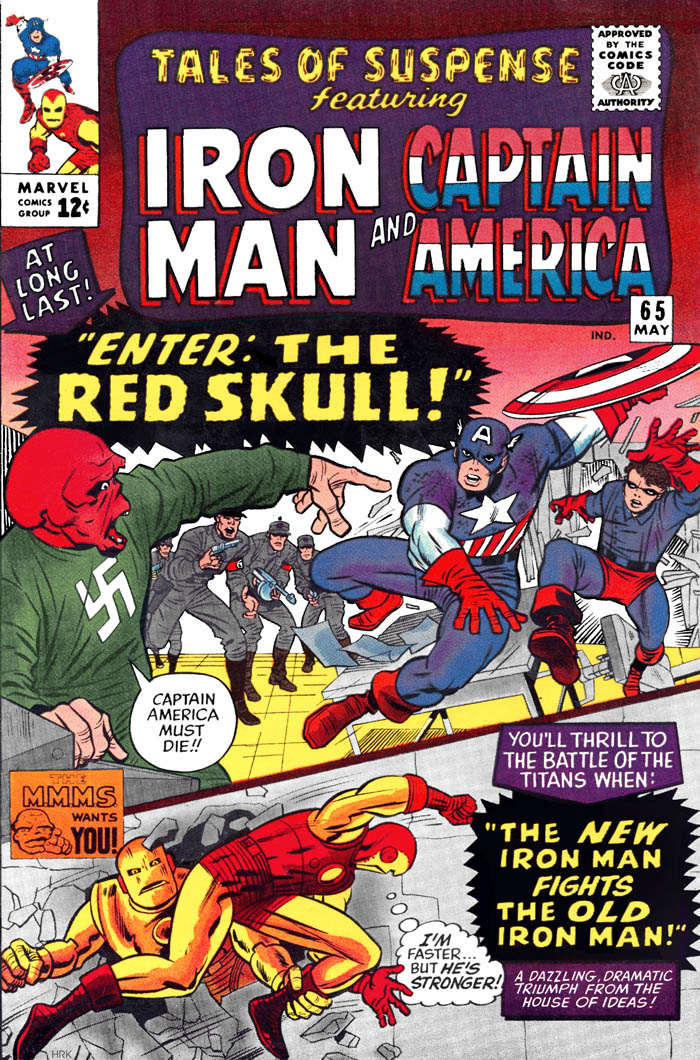 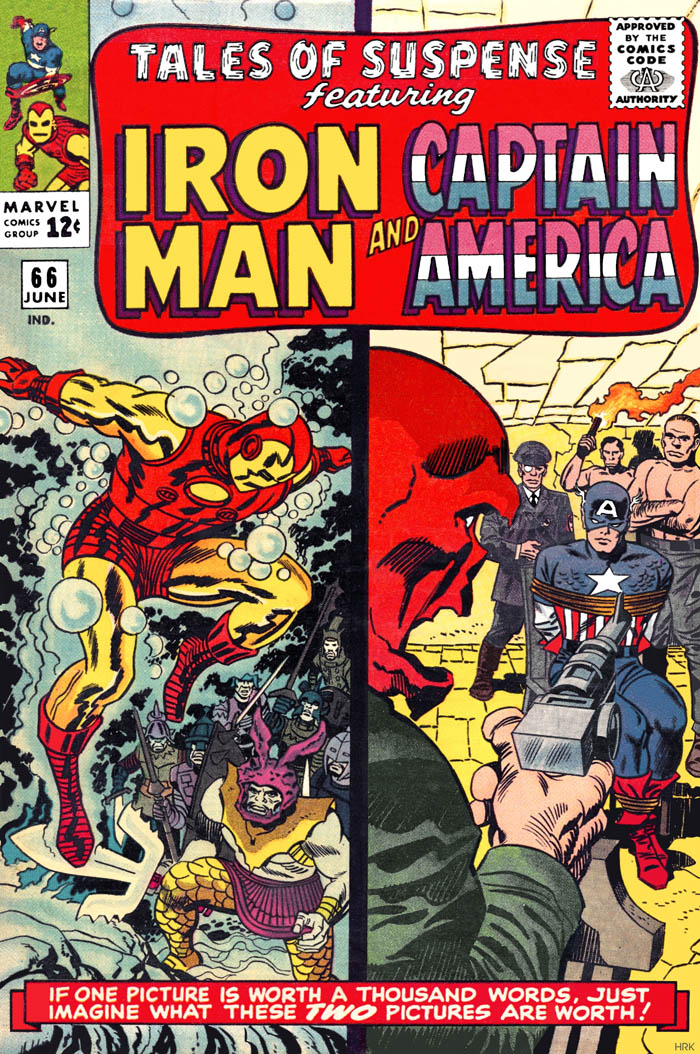 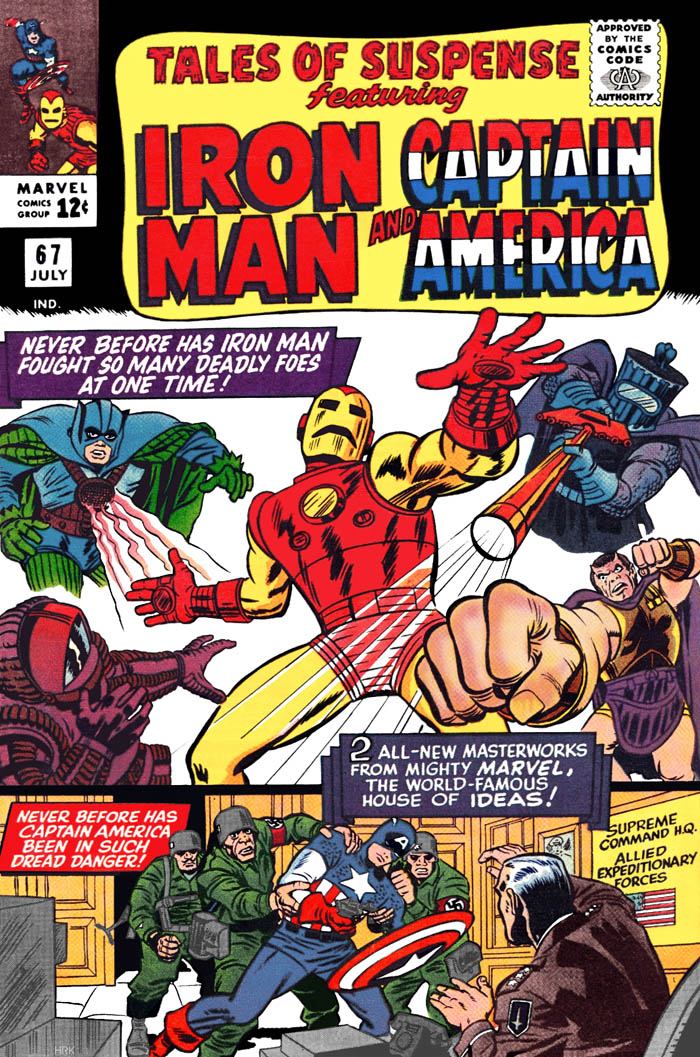 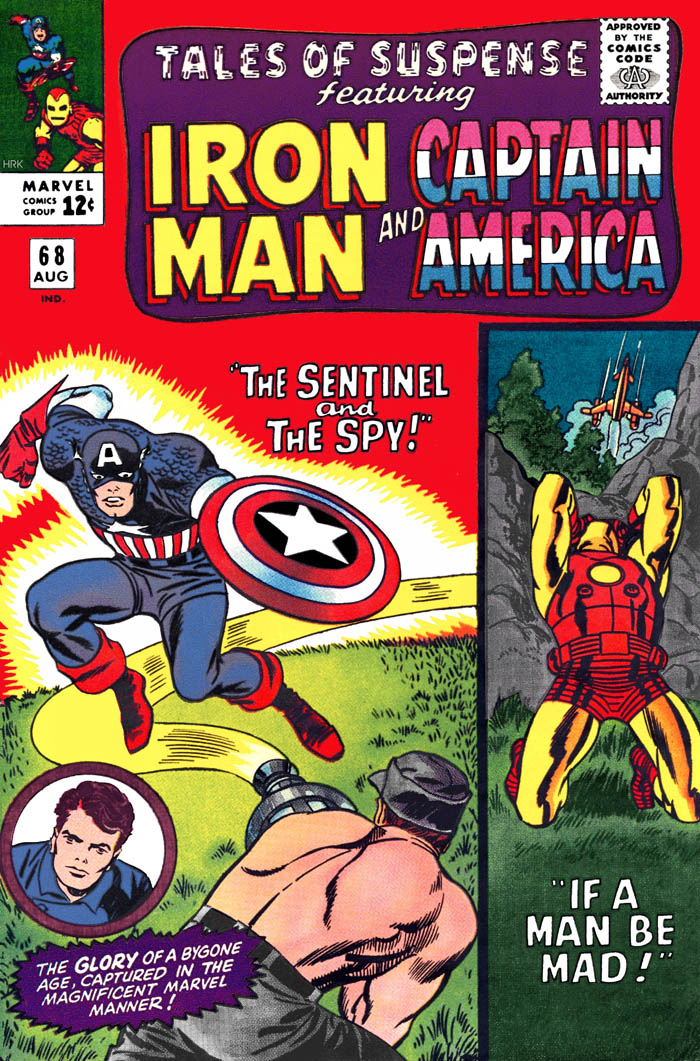 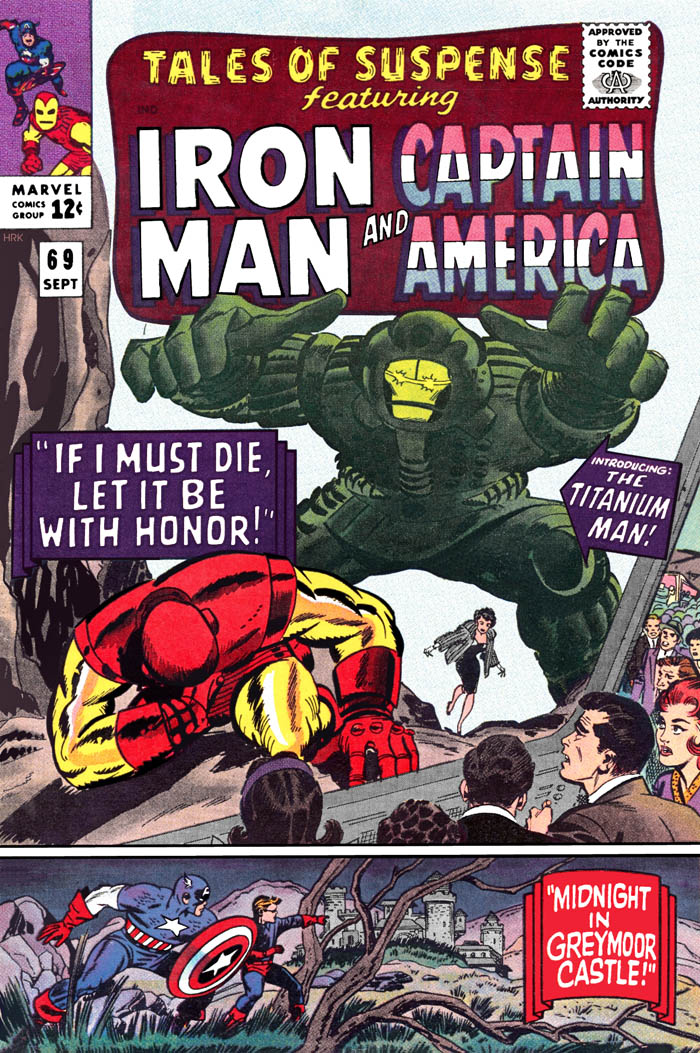 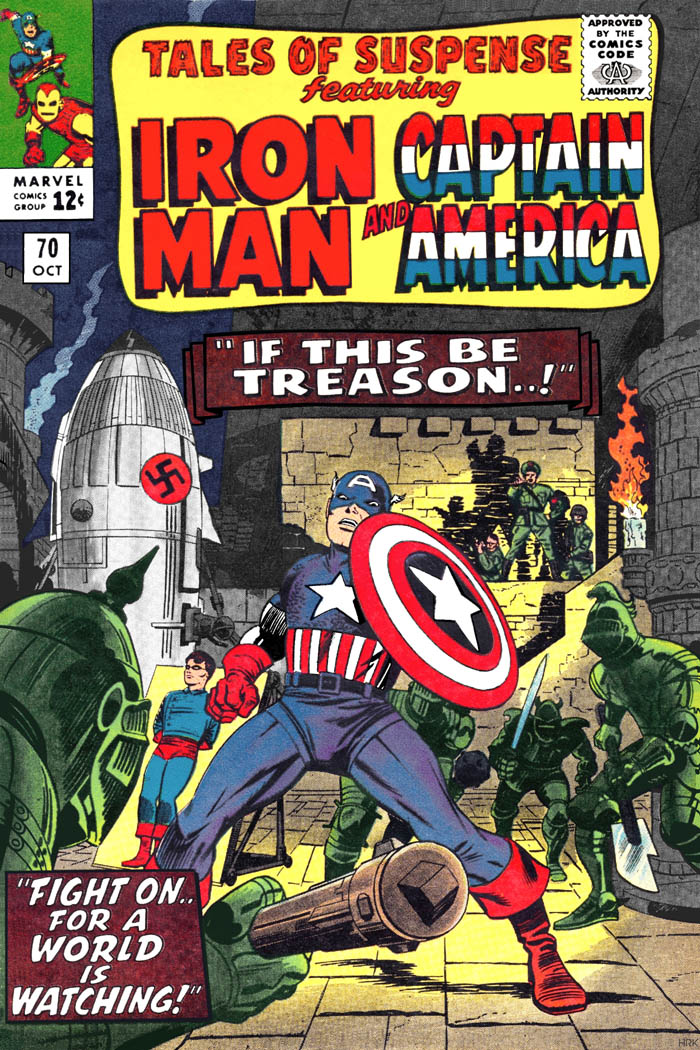