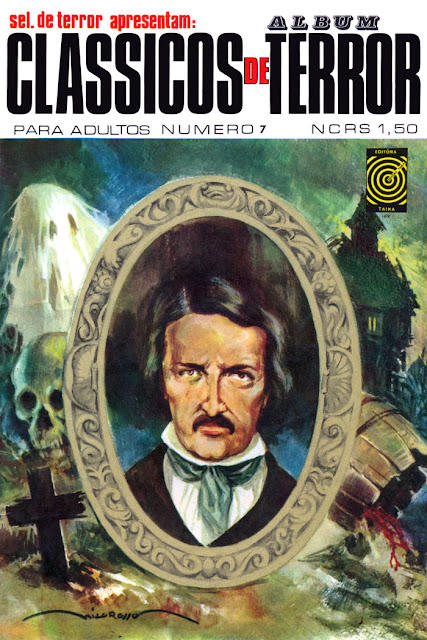 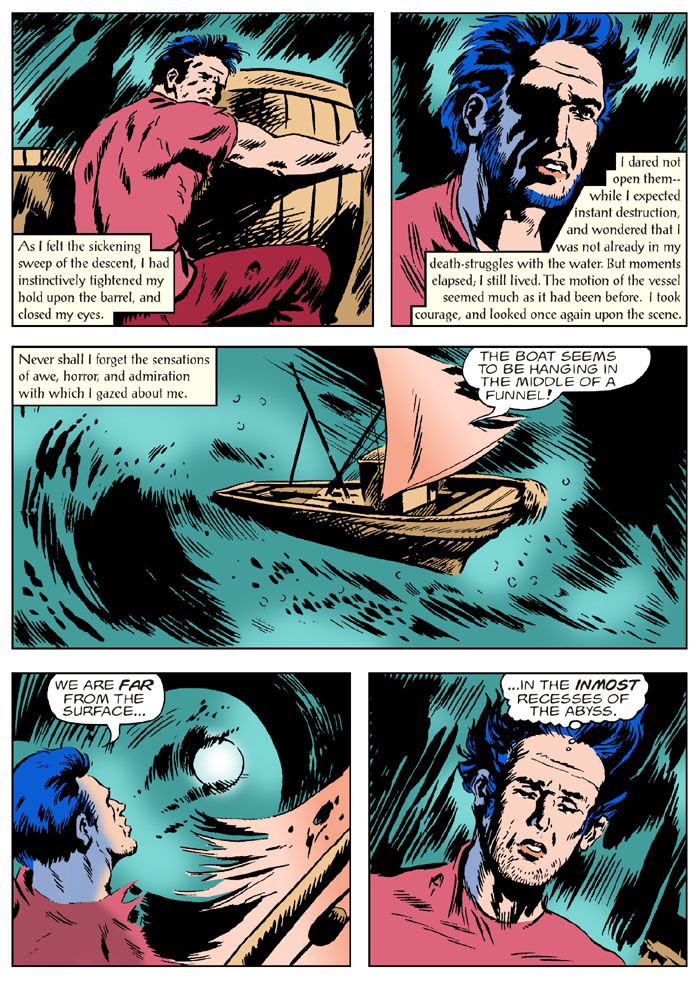 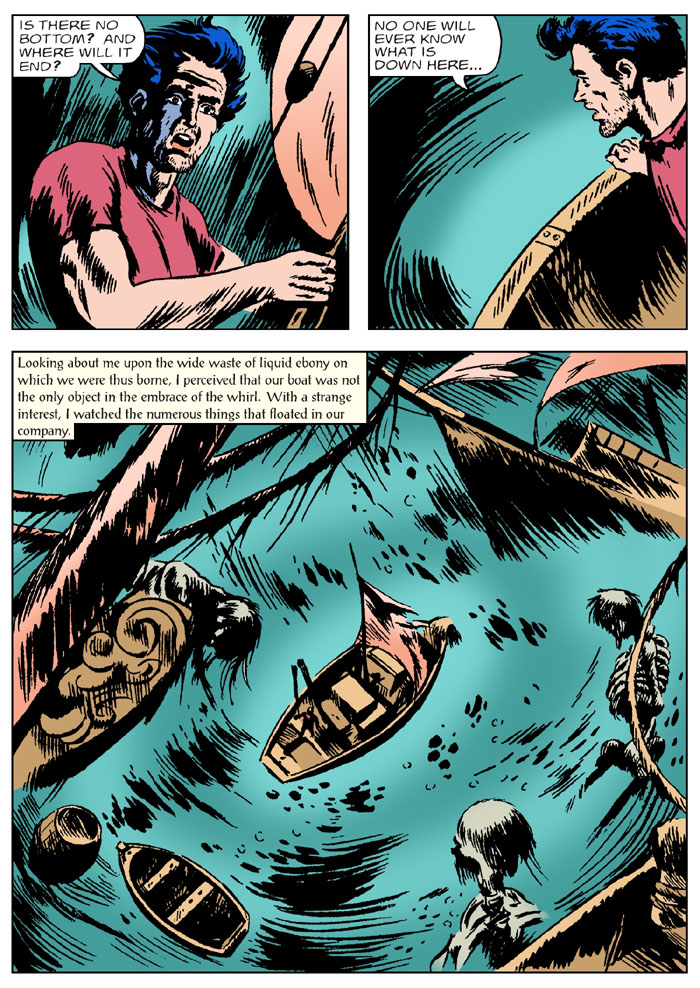 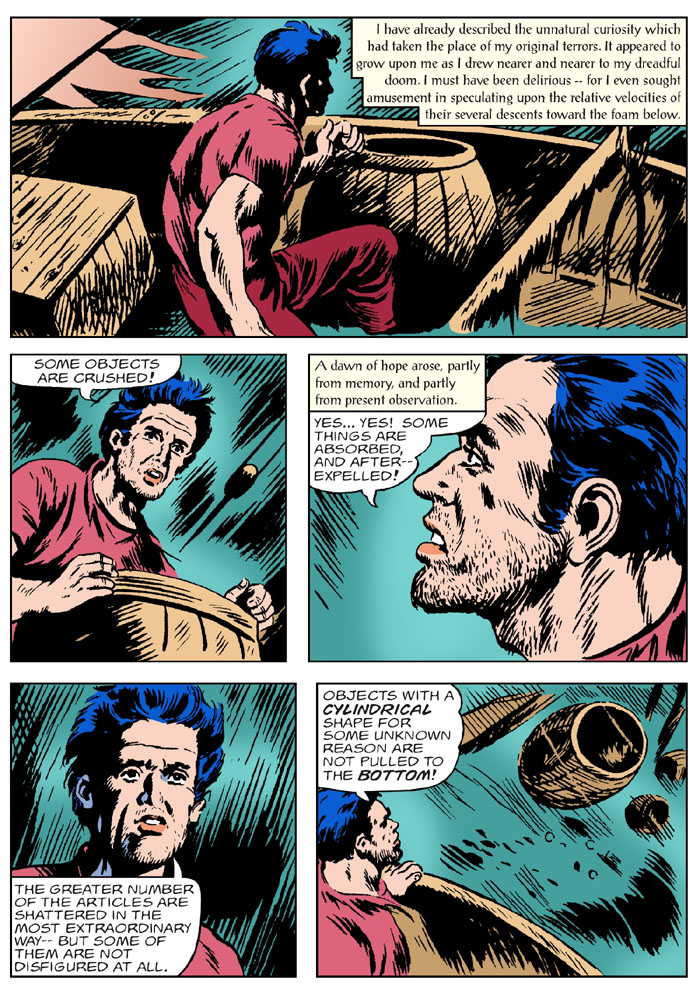 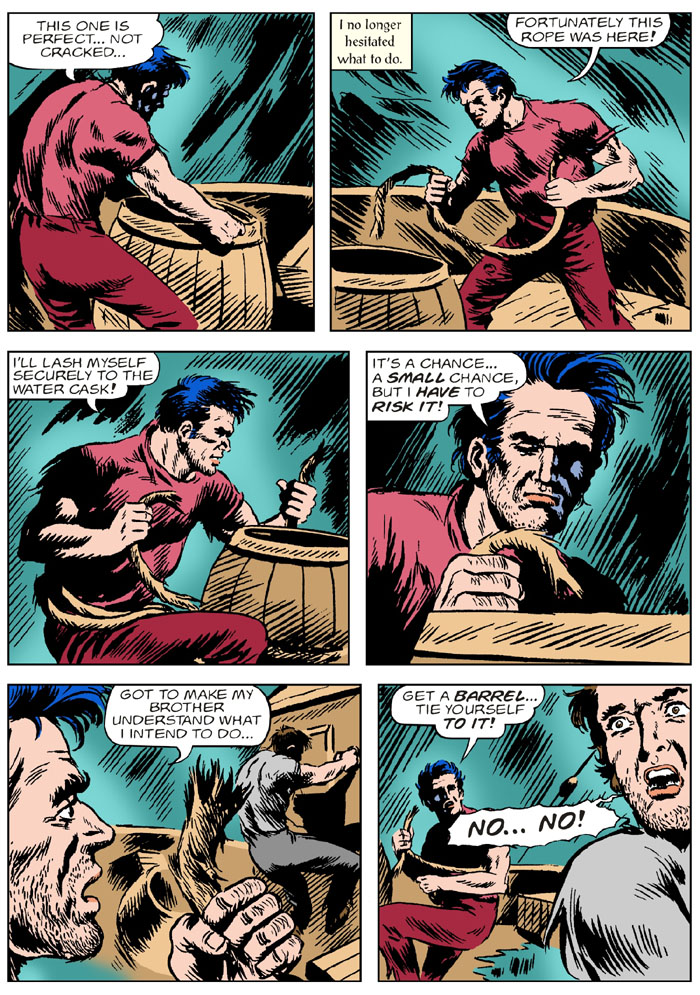 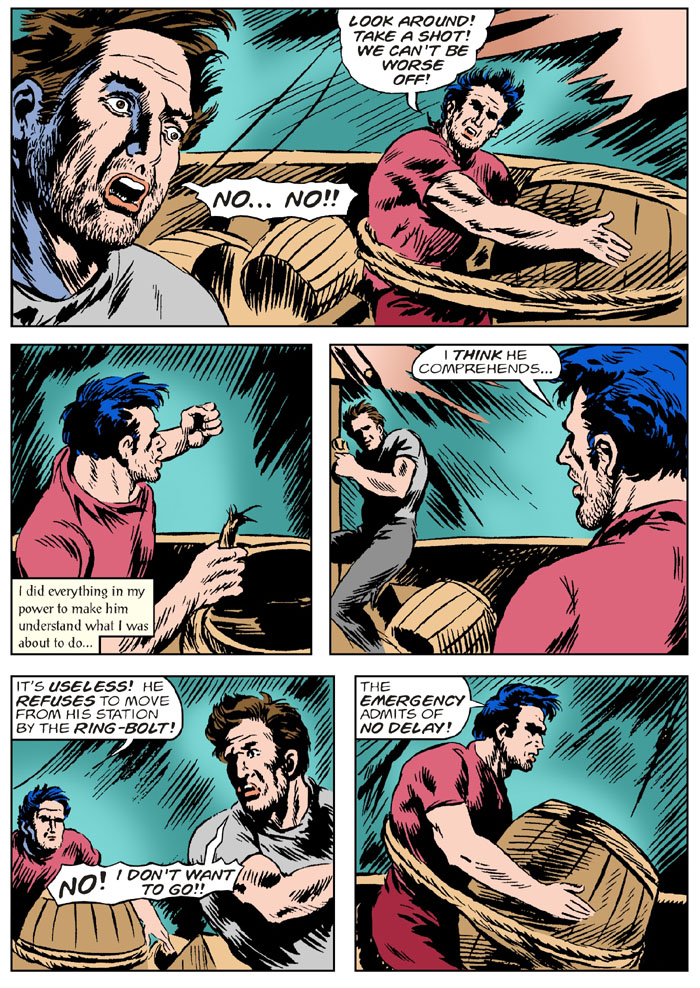 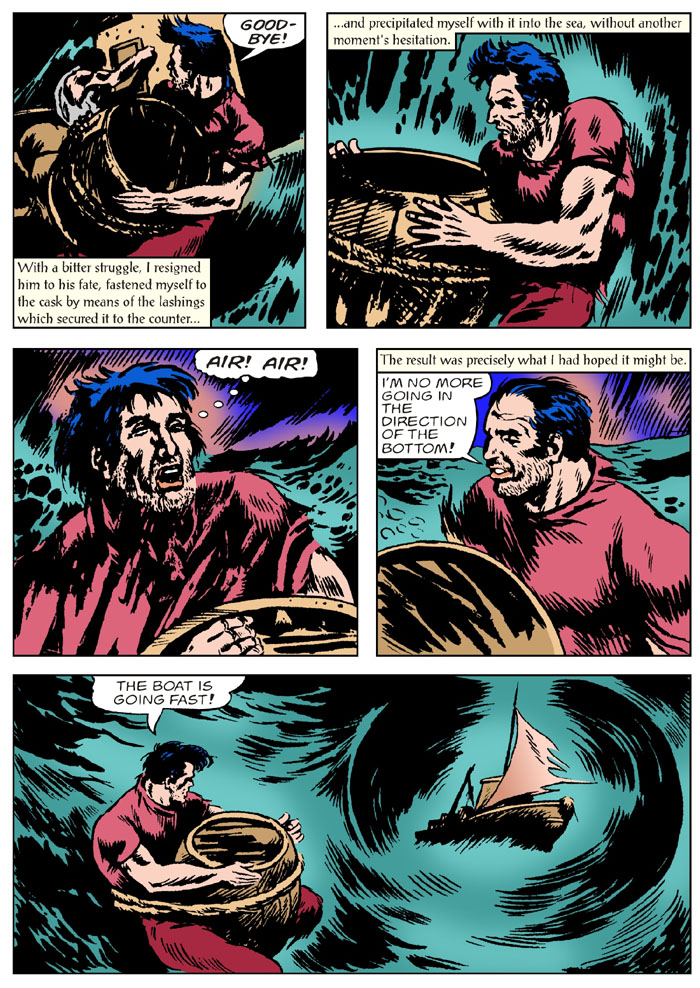 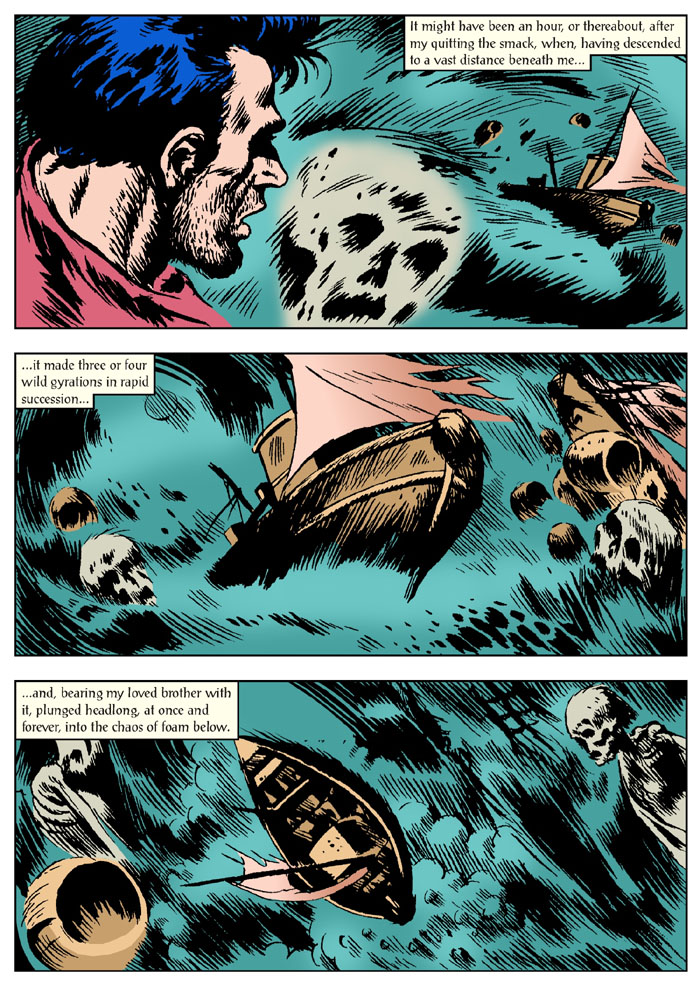 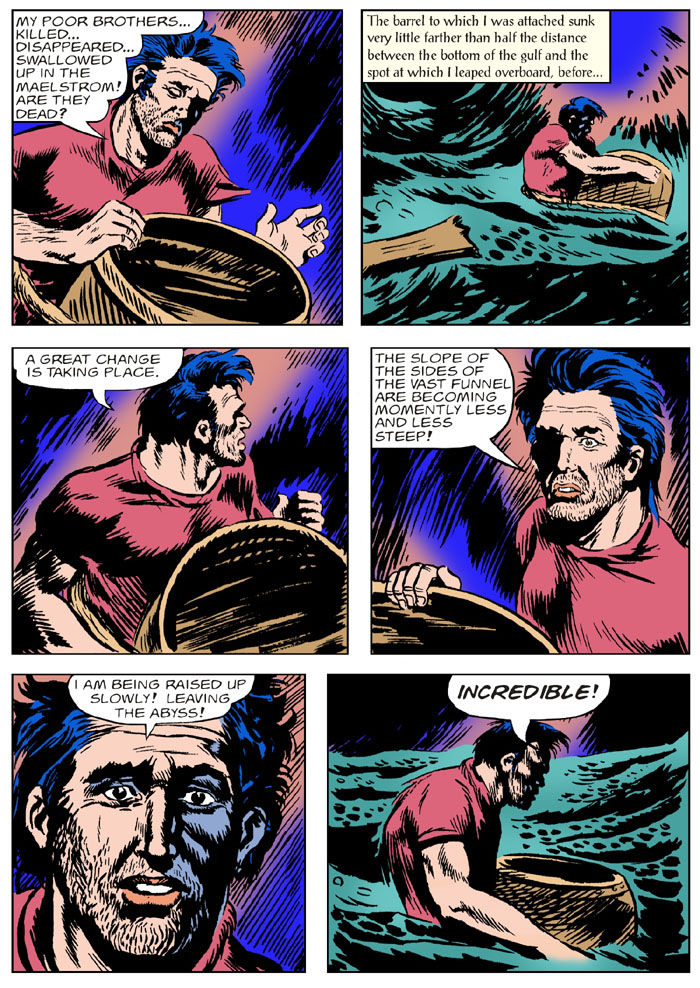 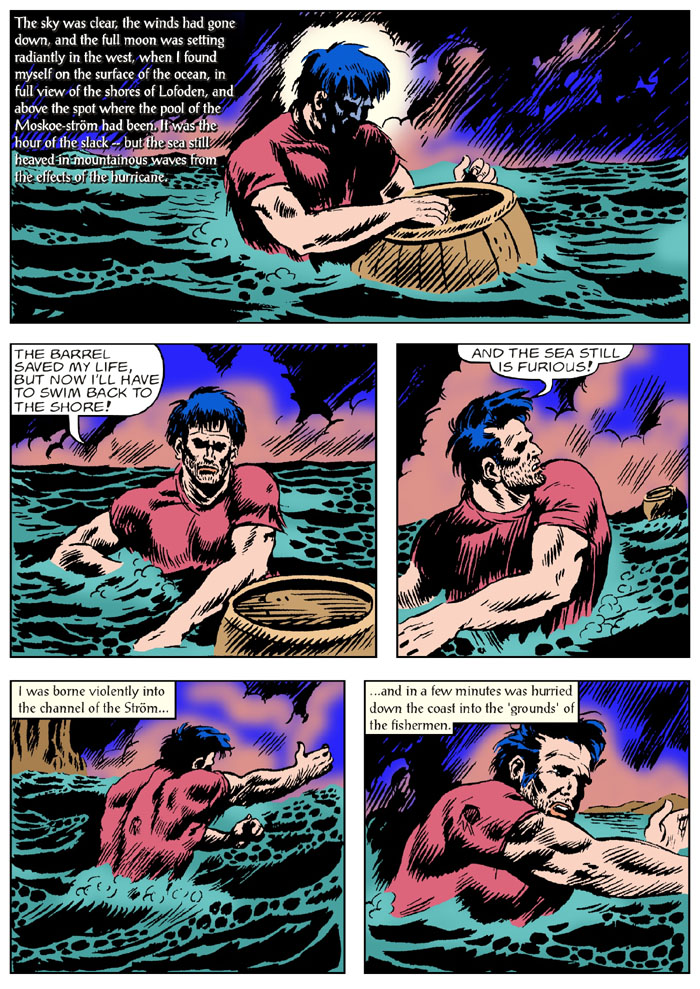 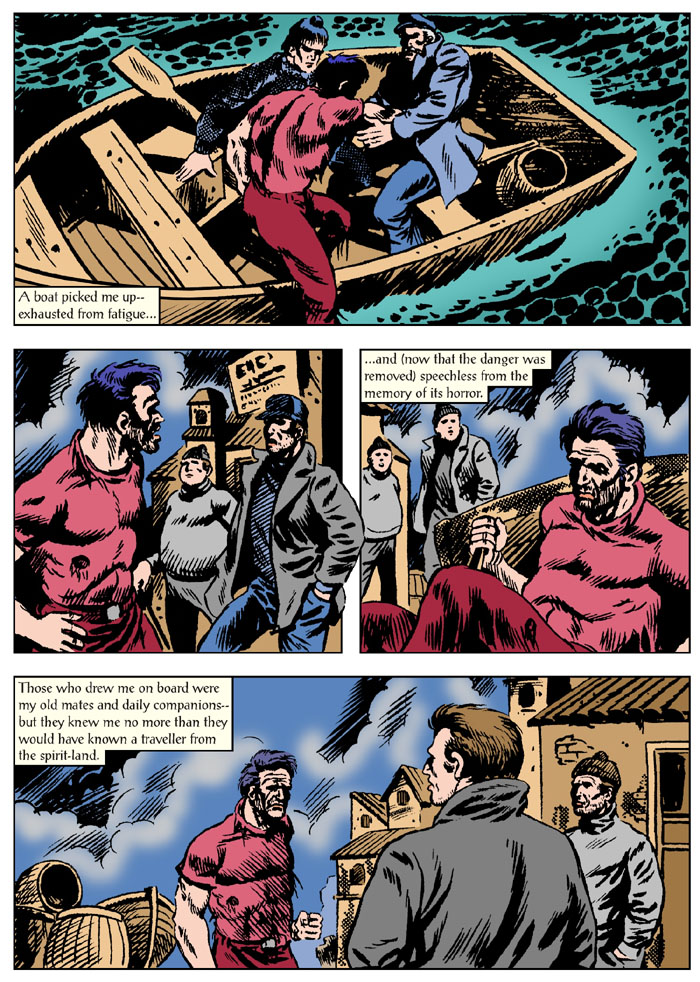 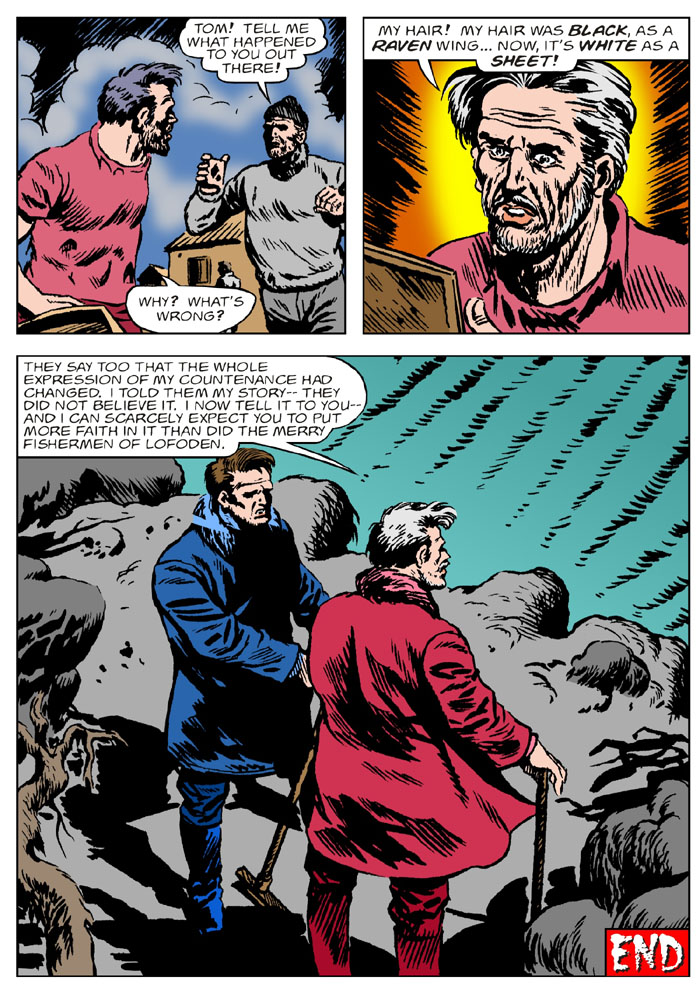 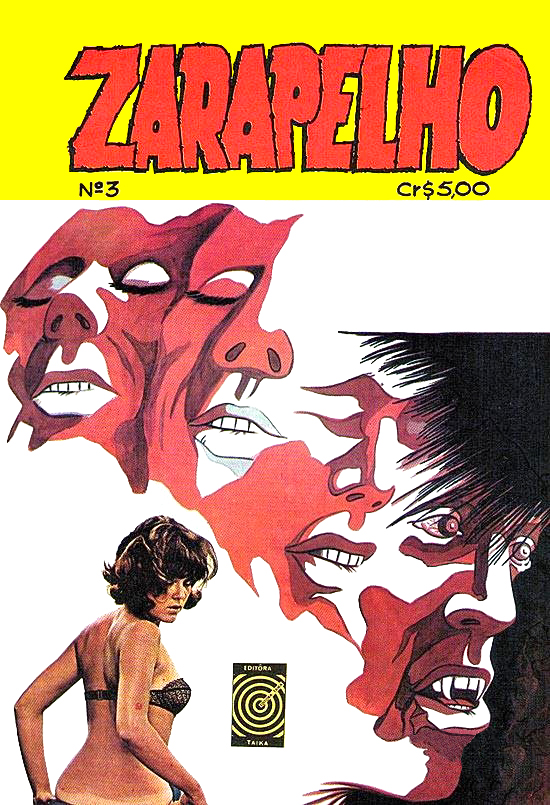 From The Poe Museum site:
“A Descent into the Maelstrom” is the story of a sailor whose ship is trapped in a giant whirlpool. The story was first printed in the May 1841 issue of Grahams Magazine, the same publication that had published “The Murders in the Rue Morgue” a month earlier. At the time of its publication, a reviewer for the Aristidean wrote the story was “noted for the boldness of its subject–a subject never dreamed of before…” Poe’s story was so realistic that some readers thought it was a true story, and a passage from the story was reprinted as fact in the ninth edition of Encyclopedia Britannica. The story was reprinted in Poe’s 1845 collection Tales of Edgar A. Poe. By the next year it had been translated into French and German. It remains one of Poe’s most popular tales and has been compared with both his detective stories and his science fiction. In 1869, Jules Verne, a devotee of Poe’s works, included the Maelstrom in his novel 20,000 Leagues Under the Sea by having Captain Nemo attempt suicide by sending his submarine into the whirlpool."