4th in line, another version of that popular favorite...

I initially ran across this in a 1973 reprint.  Eventually, I figured out it was really from 1960!

"ESTOU VIVO!", or "I'M ALIVE!", is a brief 4-pager that, astonishingly, has a climax that is almost IDENTICAL to a sequence in the 3rd Roger Corman POE film, "THE PREMATURE BURIAL".  And would you believe?  It's a sequence that, while vaguely similar, does NOT actually appear in the original POE story.

This suggests that either someone involved in the Corman film saw this comic from Brazil (unlikely), or, that the scene ALSO appeared in the early adaptation of the SAME story that appeared on the THRILLER tv series, with Boris Karloff-- and that the tv version may have inspired this comic!

At any rate, I've decided, like "The Killer That Walked Like A Man", "Buried Alive" and "Masquerade Party", to consider this story another version of a POE story, in this case, "The Premature Burial".

The story is the work of Gedeone Malagola.  He is mainly known as one of the most important comics writers of Brazil (alongside R.F. Lucchetti), who was responsible for creating many popular characters, while also occasionally doing art, tending to imitate the styles of several Amercian cartoonists when he did, including Joe Kubert, Carmine Infantino & John Prentice.  He also worked as a policeman and did comics on the side (not unlike Peter Morisi here in the States).  Thanks to Toni Rodrigues for identifying his work!

This is his 3rd of 3 POE adaptations.

(I originally set this up back in April 2015, but decided to replace that page with this one due to the large number of stories from Editora Continental / Outubro / Taika that have turned up since) 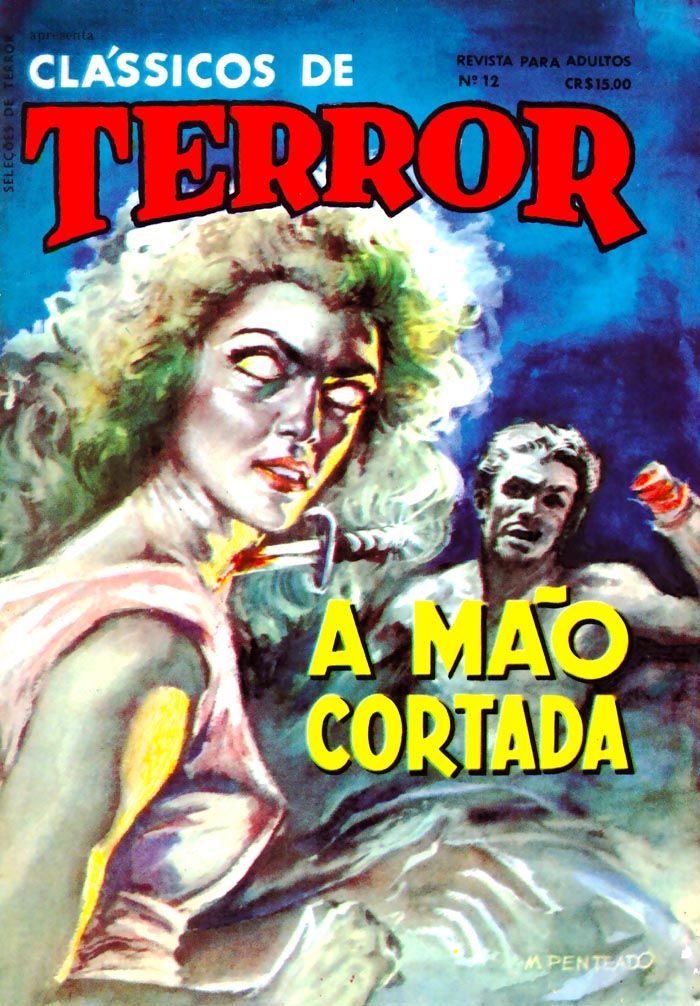 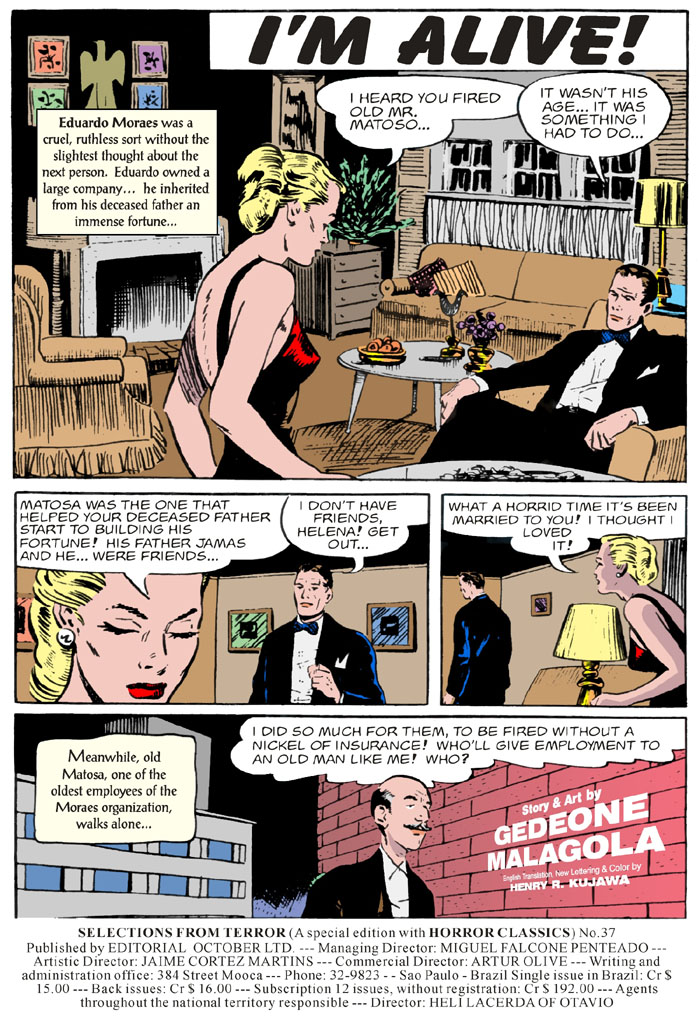 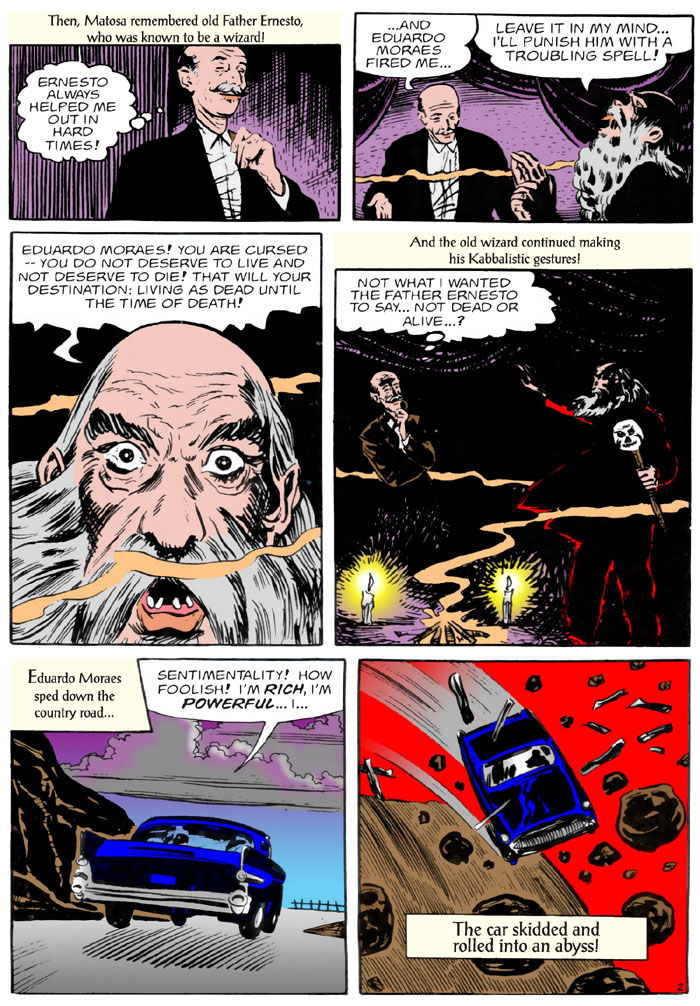 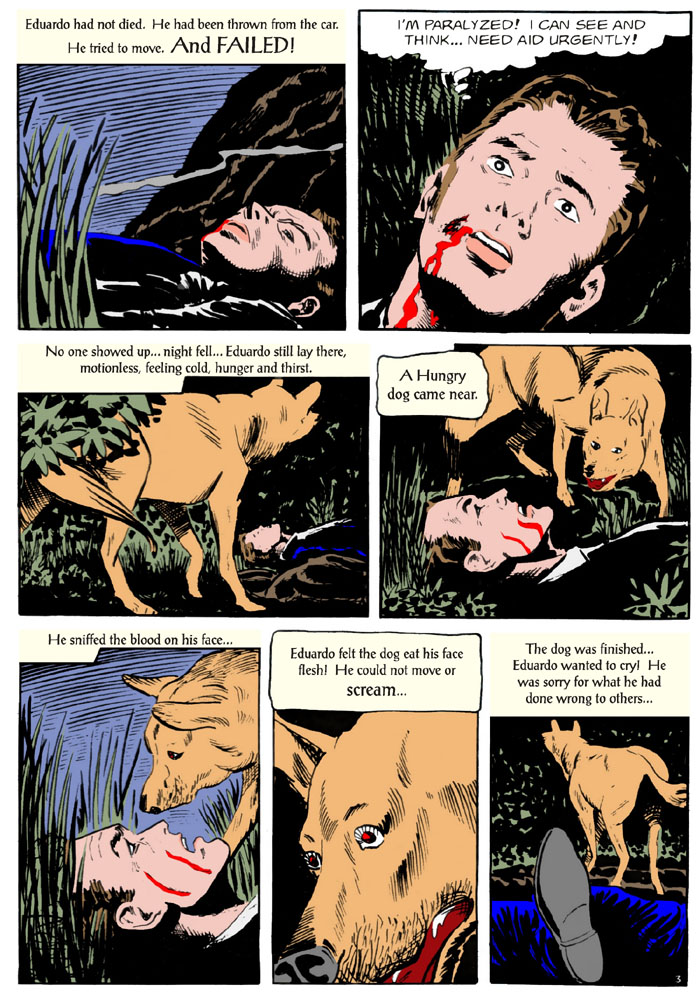 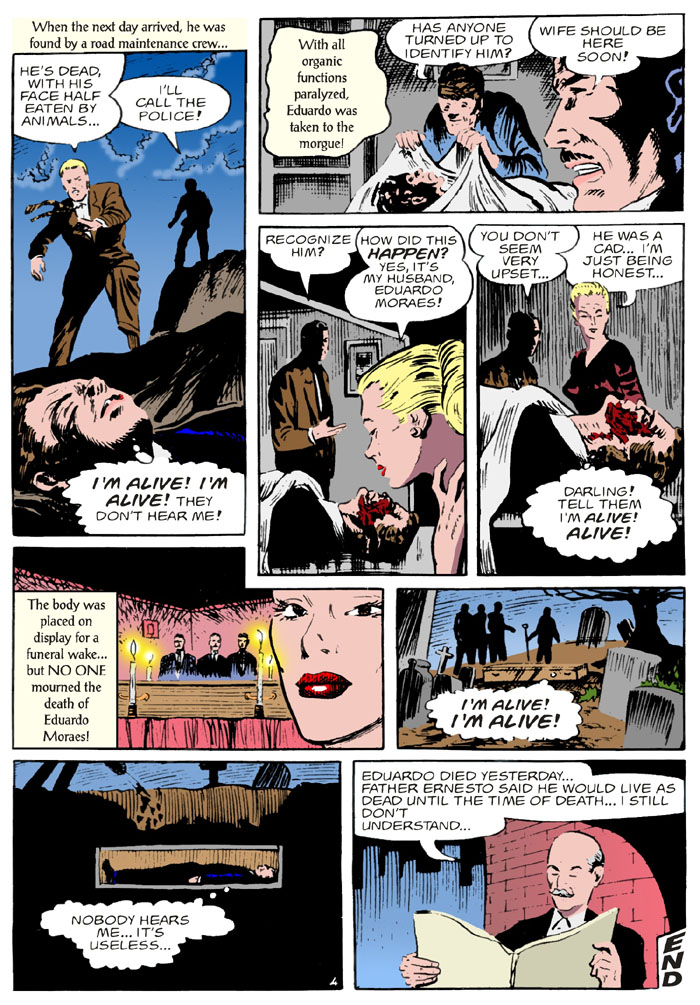 As I said, this story isn't exactly based on Poe... but the final sequence
is amazingly similar to the climax of the 1962 Roger Corman film with
Ray Milland.  Witness... 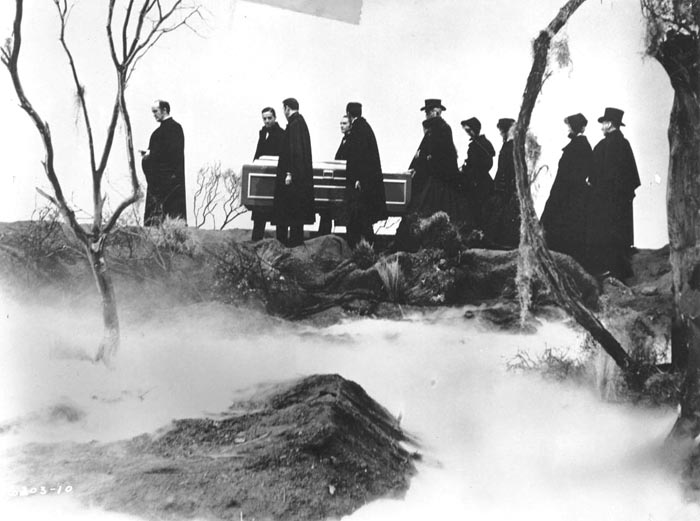 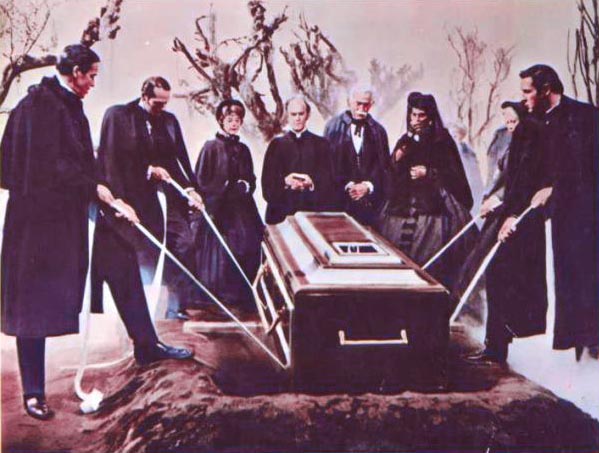 Throughout the entire sequence, Guy Carrell (Ray Milland) is awake and fully aware of what is happening... but unable to speak or move.  Over and over he keeps thinking to himself, "I'm alive! I'M ALIVE!"

As a further bonus, here the 1919 illustration by Harry Clarke...  (Oddly enough, this piece seems to have been the inspiration for the movie poster for the 1969 film "THE OBLONG BOX"!) 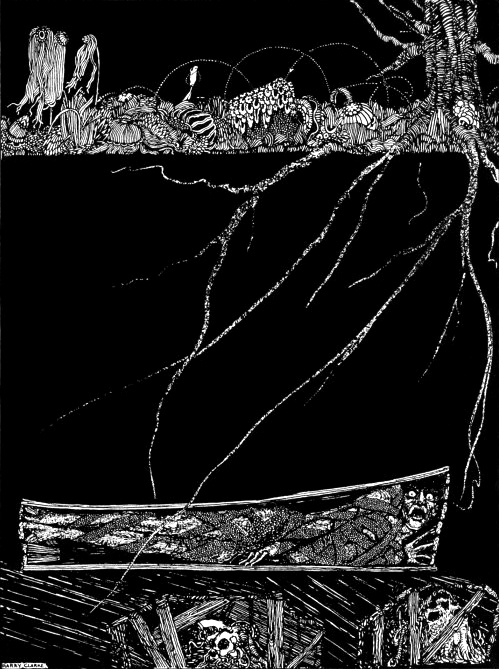 Information and scans have been difficult to find with some of these Brazillian comics.  The cover was reused 13 years later... but, I have no idea what stories were included in the issue! 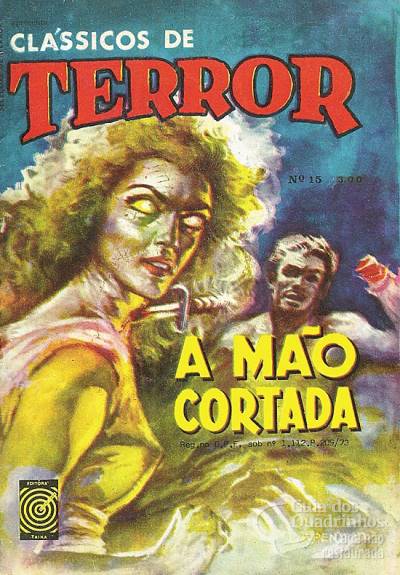 Read about THE CBS RADIO MYSTERY THEATER at Wikipedia.