I've been finding more and more foreign POE comics adaptations, many of them that have NEVER been published in America-- or even in English!  I've made it my goal to correct that situation.

Milano Libri Edizioni was the publisher of LINUS, the very first magazine in Italy devoted exclusively to comics.  After some years, a spin-off magazine was created, ALTER LINUS, which focused on adventure strips-- and occasionally, horror stories.

Alberto Breccia was a cartoonist who was born in Uruguay, at a young age moved to Argentina, and who really started to make headway in his career by being published in Italy.  Why an Italian magazine published a a story in Spanish is beyond me, but I've also seen it in French.  And on THIS page, for the first time anywhere, with the help of "Google Translate", you're going to see it in English.

The story in question...  "THE TELL-TALE HEART".

I've learned, via some intensive online research, that this turned out to be the
1st of 6 POE adaptations Breccia did over the years.  It's also the ONLY one done in traditional comics line-art style; all the others were done as full-color paintings (and in a rather bizarre, expressionistic style, to boot).

I've decided that from here on out, any foreign stories I do English translations of, I will be skipping the originals and only post them in English.  Also, unlike a few I've done lately where I colored something that was in B&W, I decided this one deserved to remain in B&W.  You'll see why! 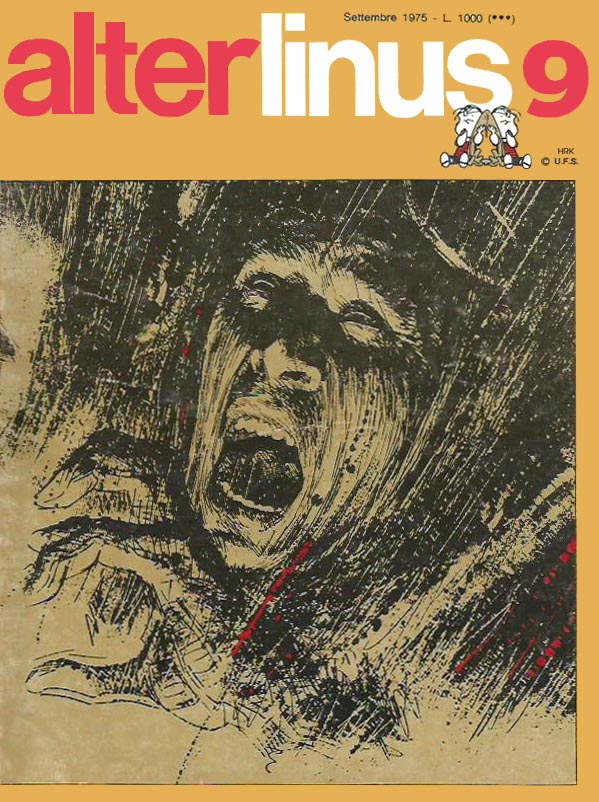 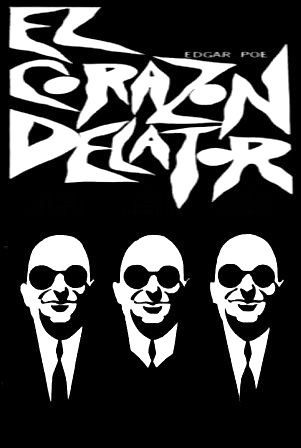 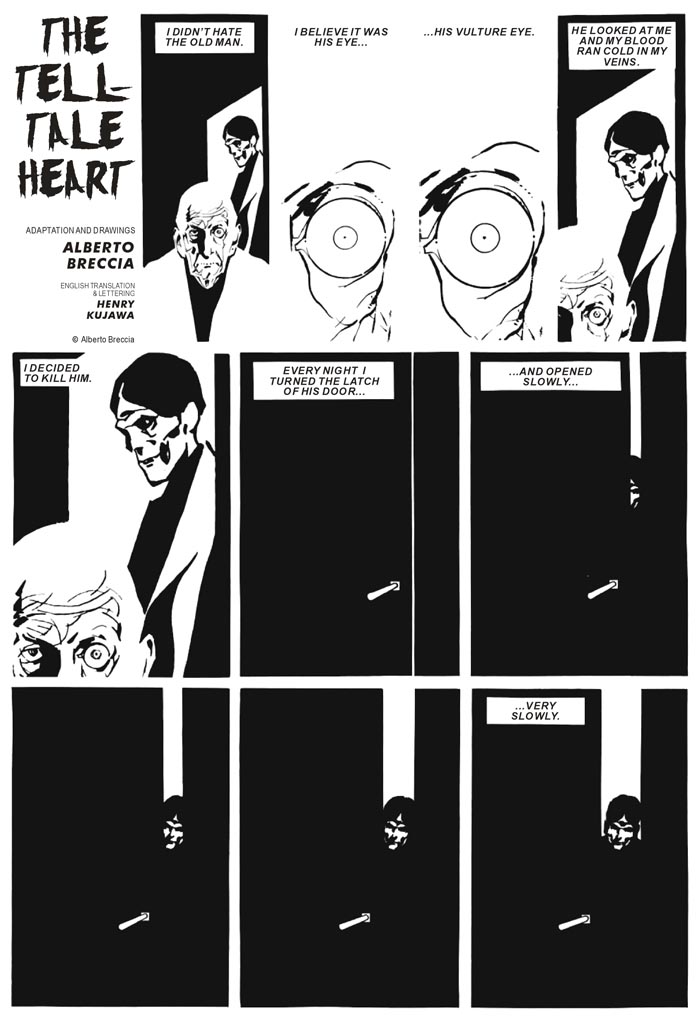 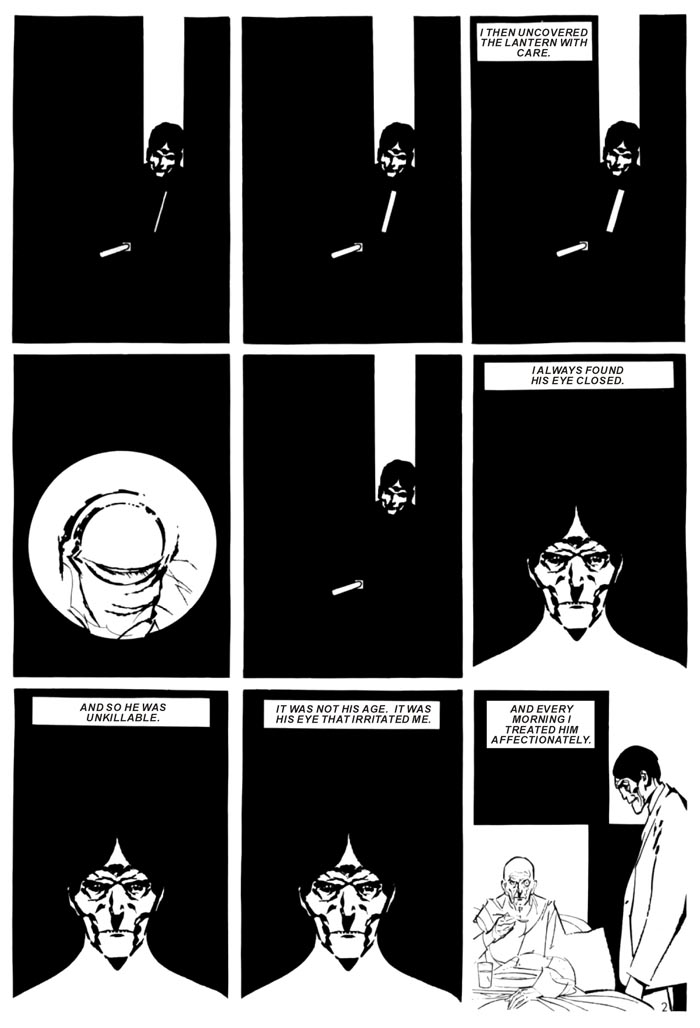 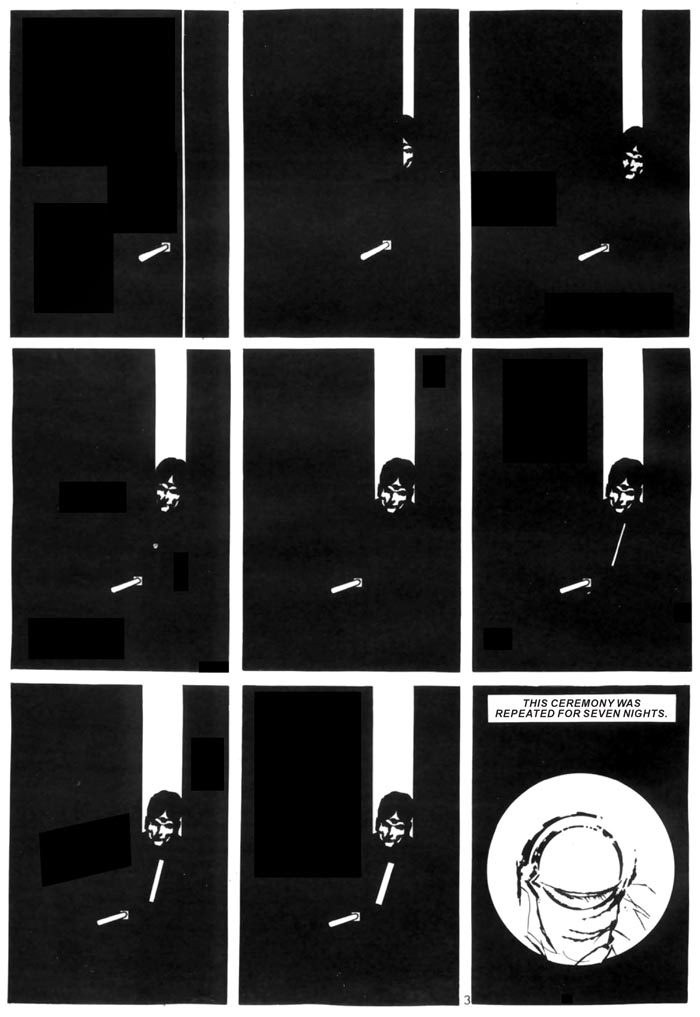 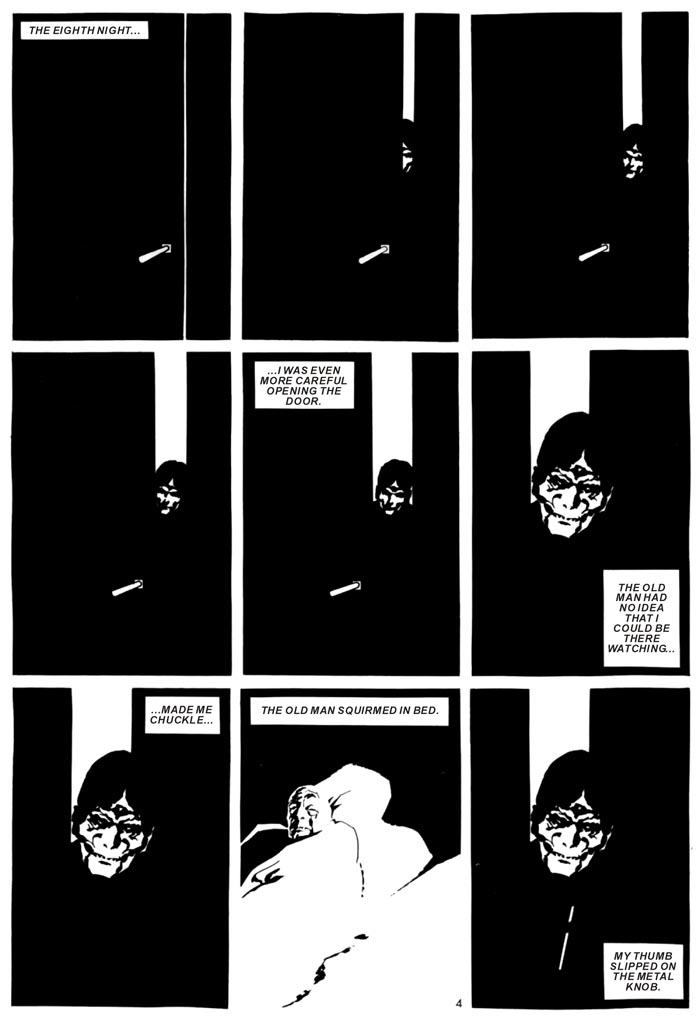 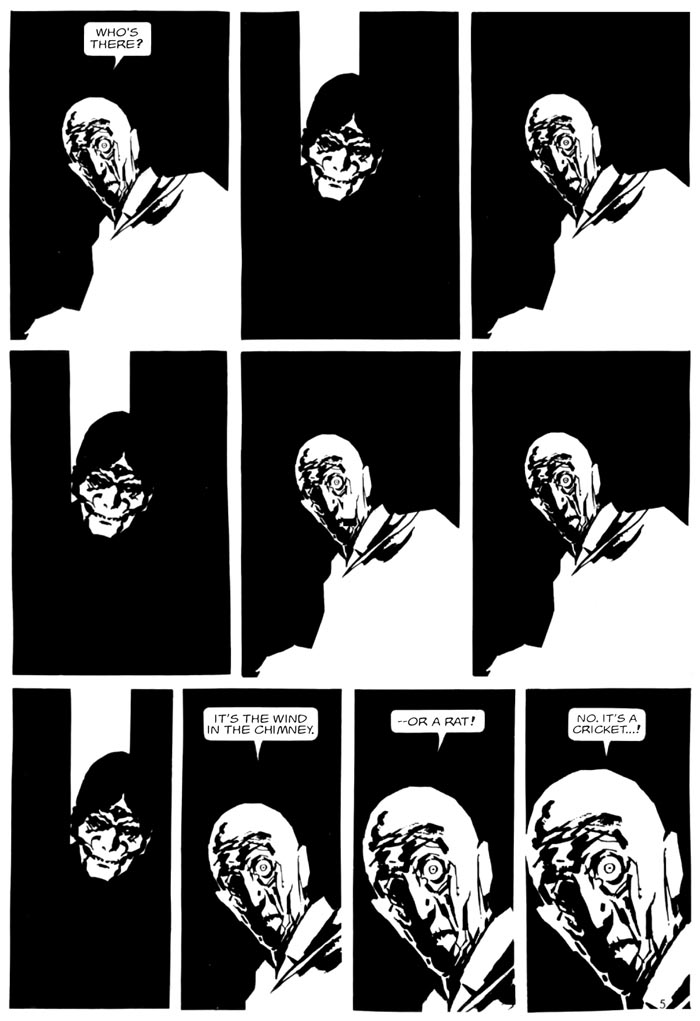 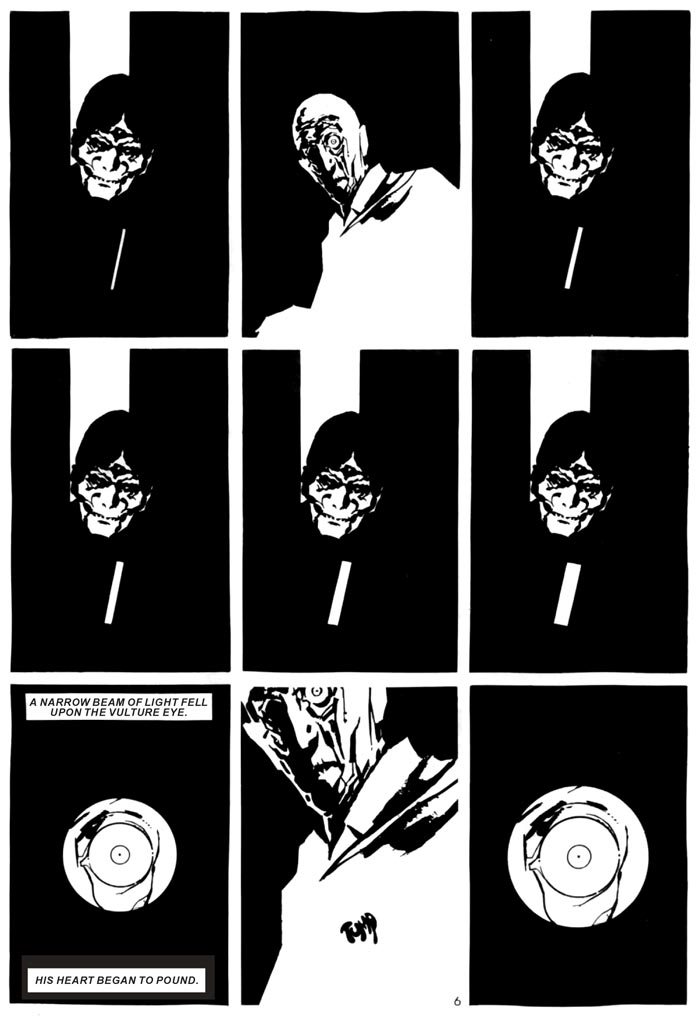 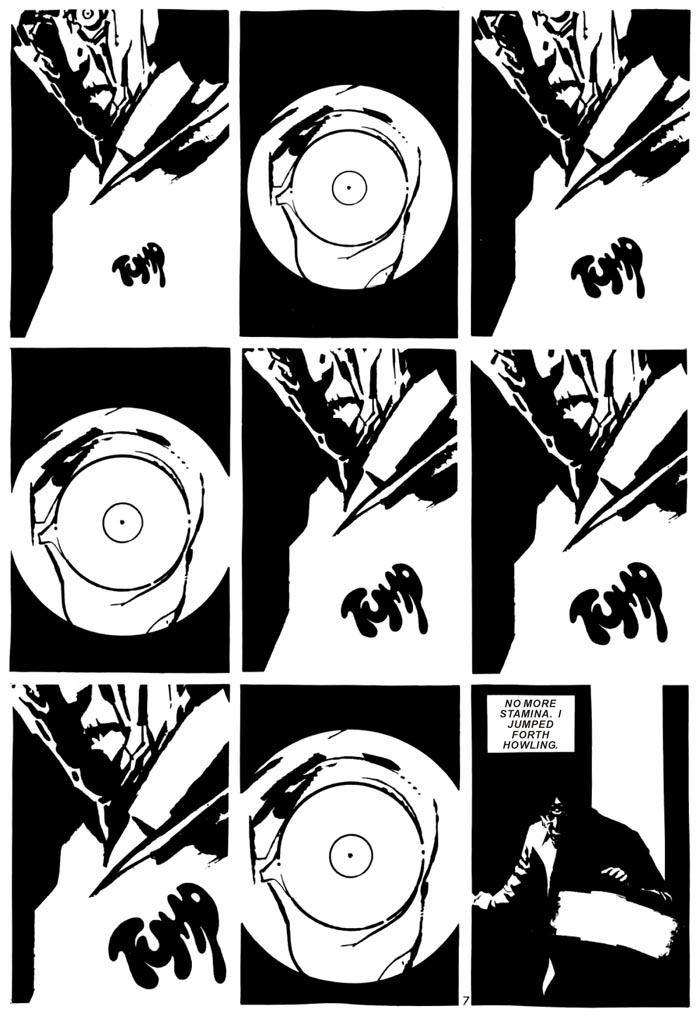 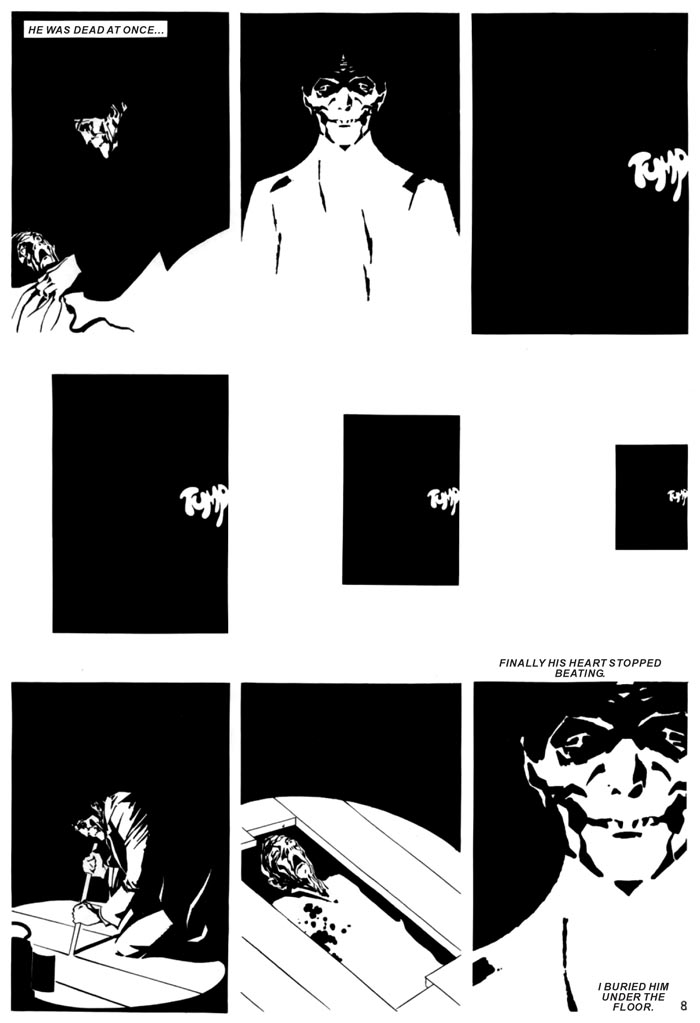 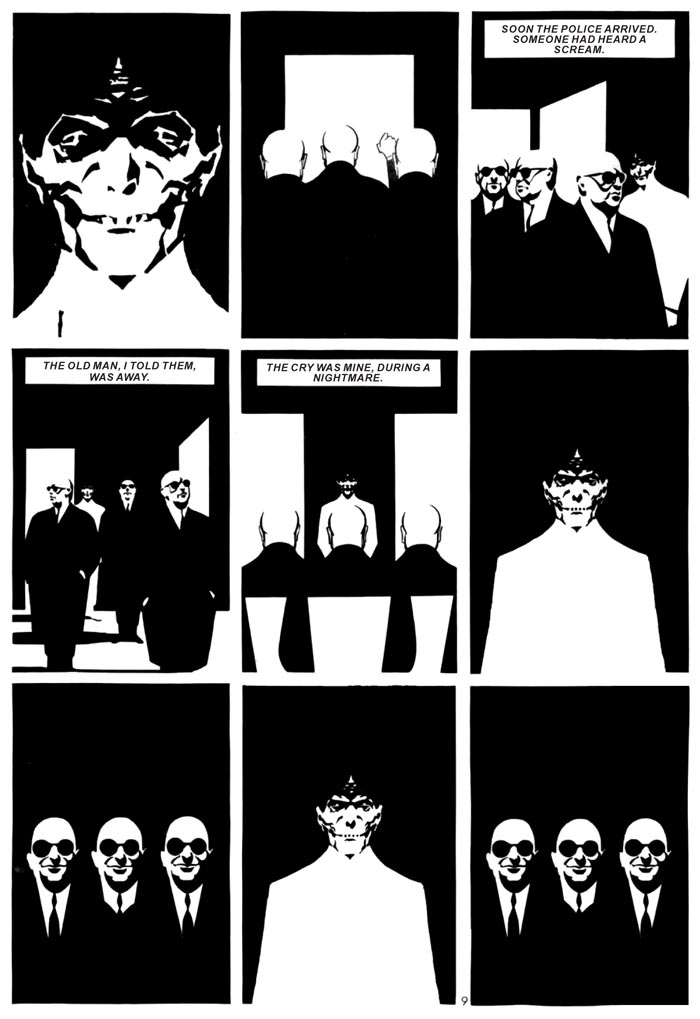 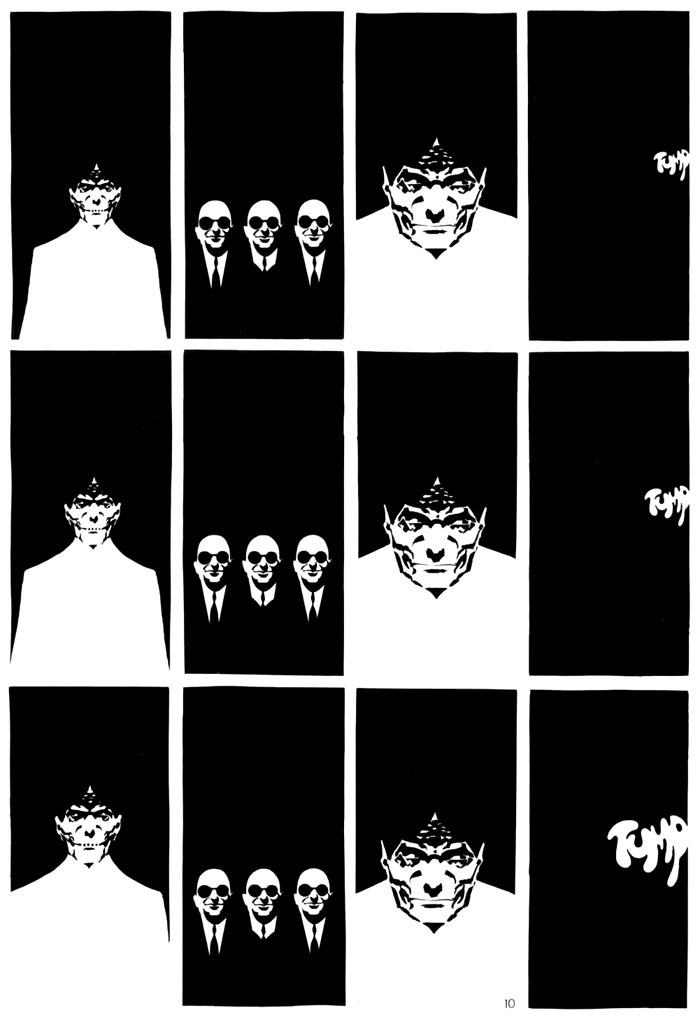 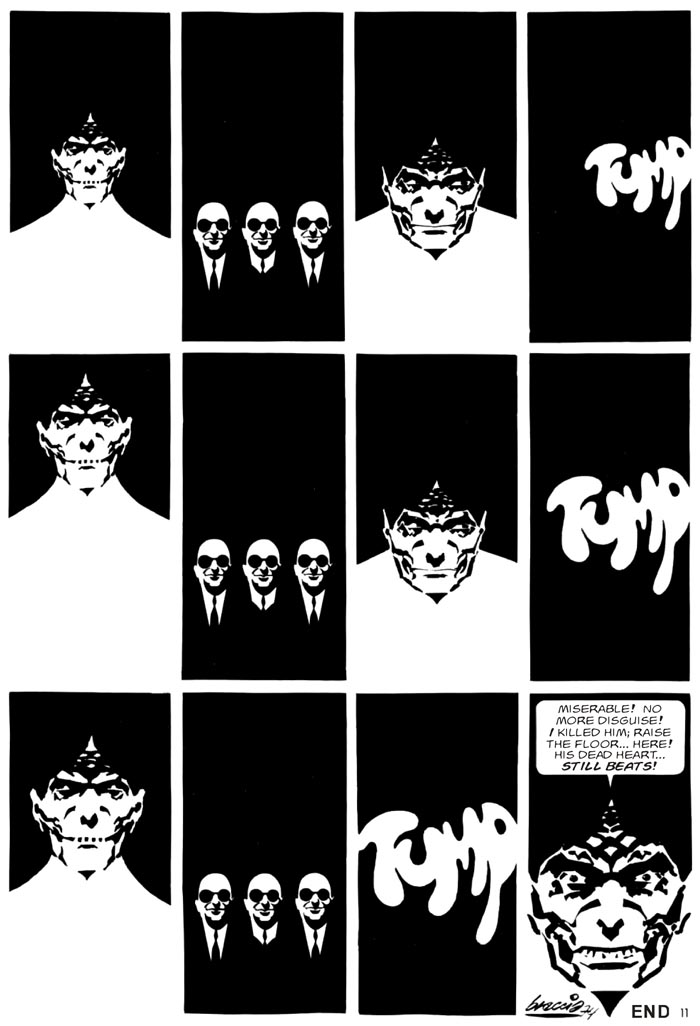 As I worked on this, it slowly started to dawn on me that this single 11-page story is probably the very thing that "inspired" Keith Giffen to imitate, BADLY, from the panel layouts, to the miminalist drawing, to the lighting, to the repetitive panels and their "timing", when he was working on the infamous "Five Years Later" run of DC's LEGION OF SUPER-HEROES.  I cannot for the life of me envision anything LESS appropiate for a utopian future science-fiction series.  Would to GOD he had never done such a horrible, misguided thing.  It's over 25 years ago, and the wretched horror of those issues still haunts me.  Oh well.

But, back to Breccia...  This story is considered by some to be his "Masterpiece".  Therefore, it's no surprise it's been reprinted at least 8 times over the years!!  I'm posting the covers I've been able to find... 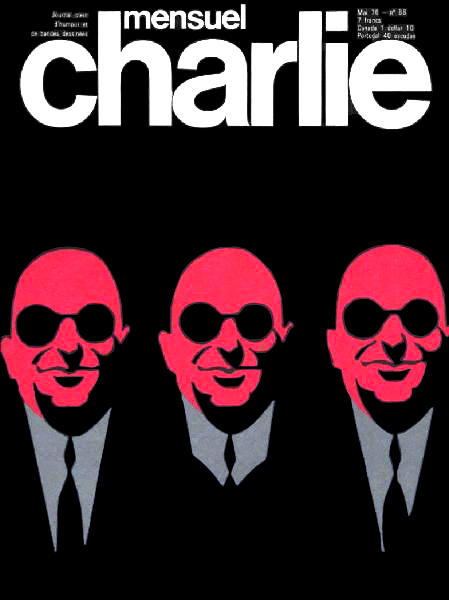 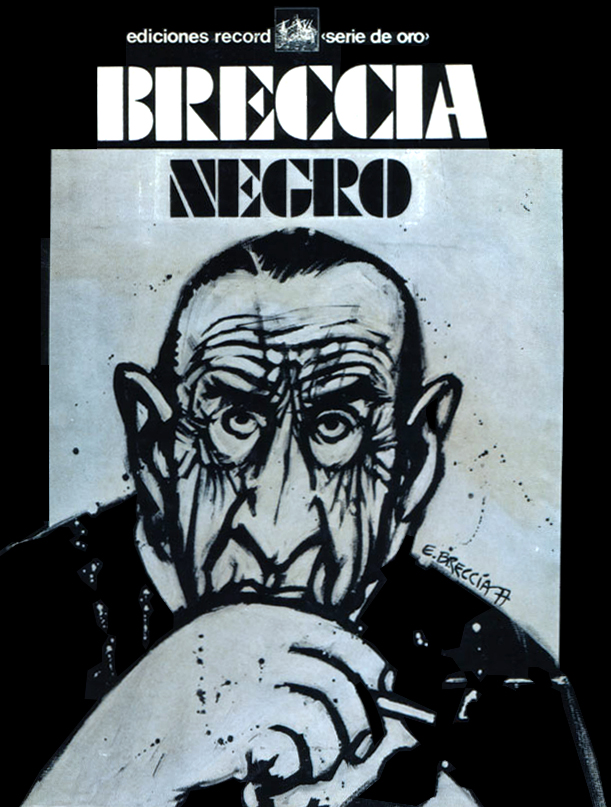 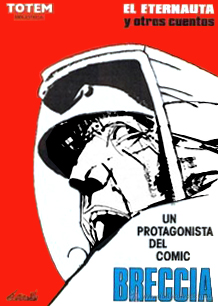 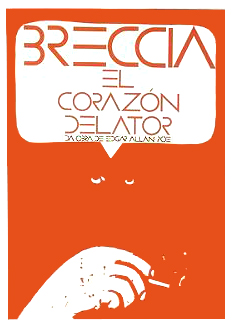 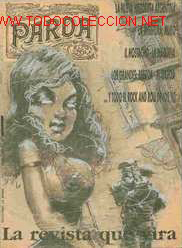 This one reprinted 4 earlier Breccia POE stories, and included a brand-new version of a 5th one.

This one reprinted the same 4 earlier Breccia POE stories, but replaced the 1992 story with the earlier 1982 version of the same tale.  (You can see how this kind of thing could get confusing.) 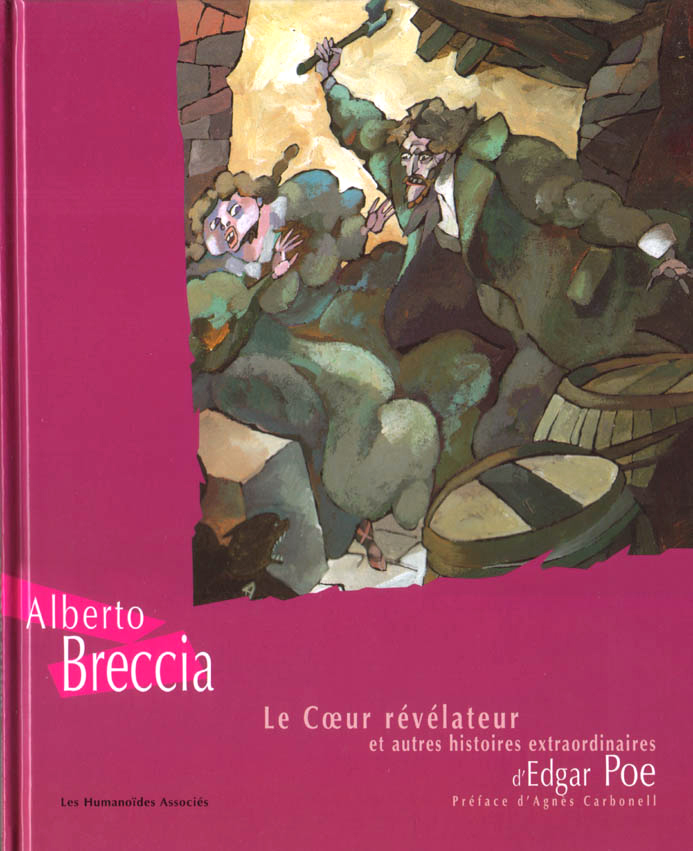 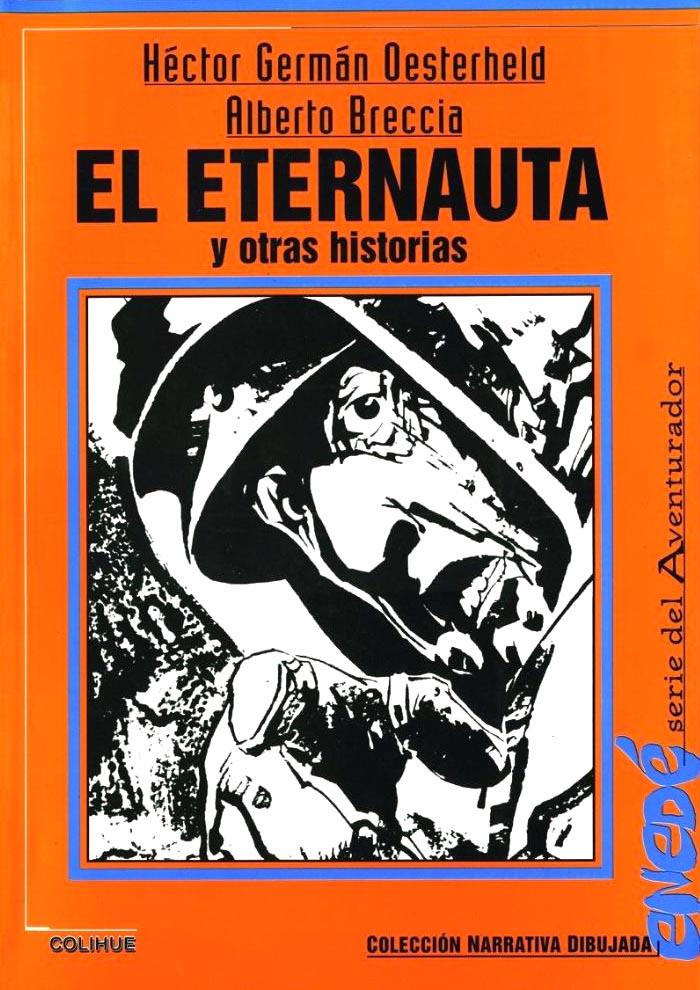 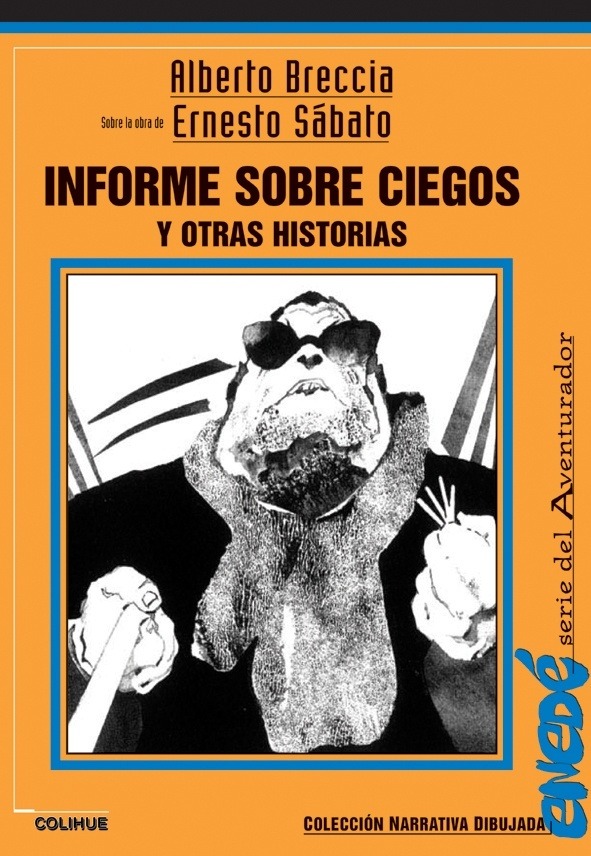 This latest collection has the same 5 stories as in the 1995 book.  (Incredibly, there are 2 different Breccia versions of "Valdemar";  so far, nobody has collected them both in the same place.) 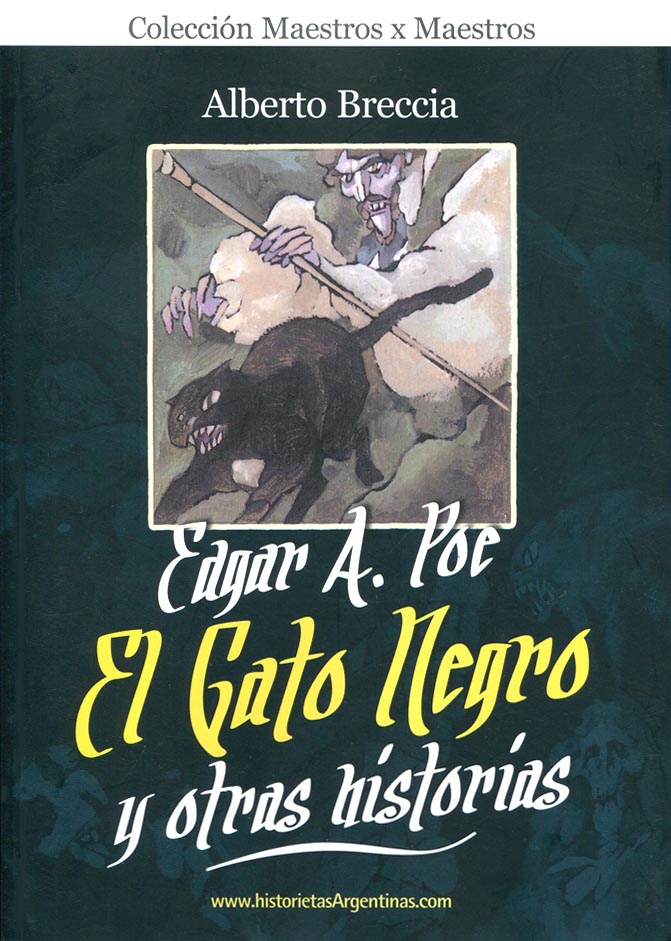 Read about THE TELL TALE HEART at Cliff Notes.
Read the complete short story at the Poe Stories site.
See the TELL-TALE HEART Gallery of Illustrations.