As I noted in the KIT CARSON pages, for a stretch there in the early 1950s, the western comics in BOYS' LIFE magazine sure had a lot of violence and killing, while consistently casting Native American Indians as thieves and killers.

That all started to change when the Johnstone & Cushing 8-page color comics supplement debuted.  Like THE UNTOUCHABLES in its 4th season, both Indians and violence in general began to vanish, before KIT CARSON disappeared entirely.  Meanwhile, the month the color comics section started, one of the brand-new features was a comics series that portrayed American Indians in a far more positive light.  MOG-AN-AH The Mound Builder, by Irving Crump, based on a book from 1931, focused on a pair of Indian tribes, one peace-loving, and the other war-like. 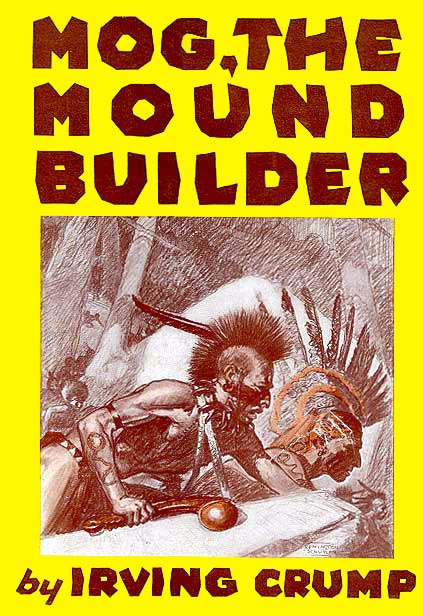 The series only lasted 10 episodes, but was soon replaced by another similar one that was aimed even more at young boys. 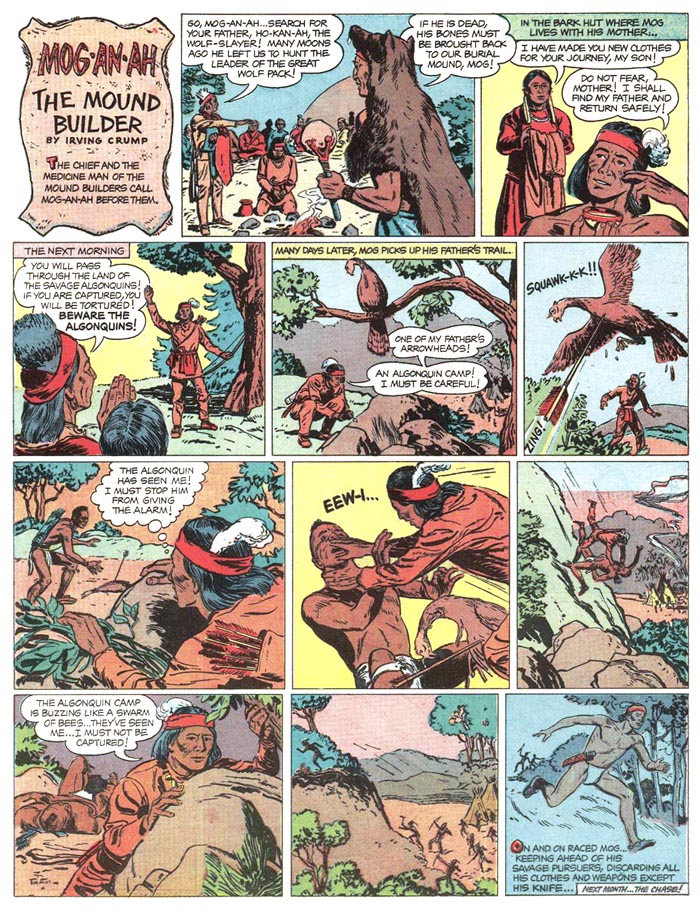 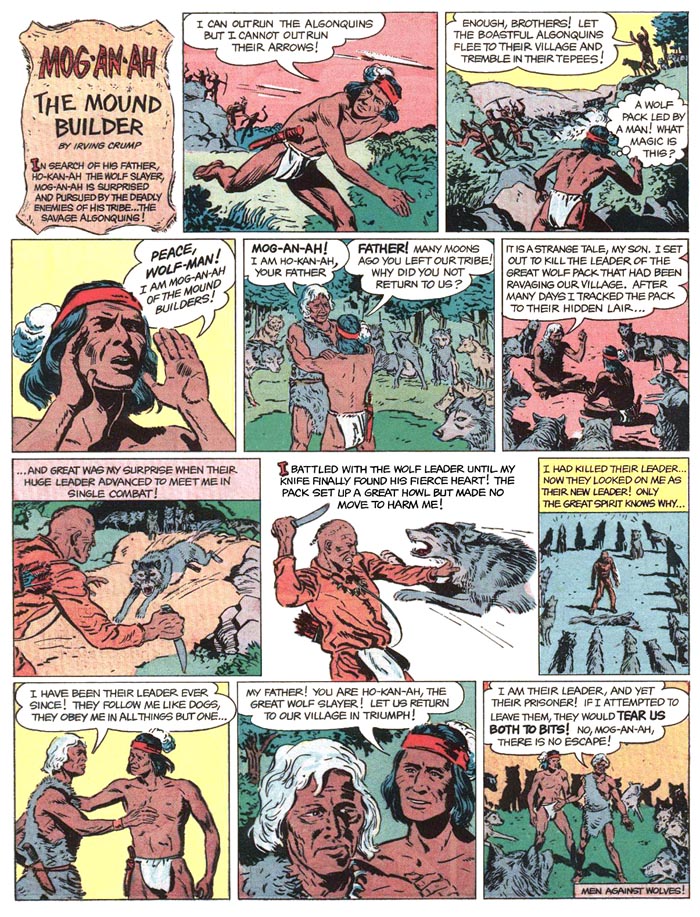 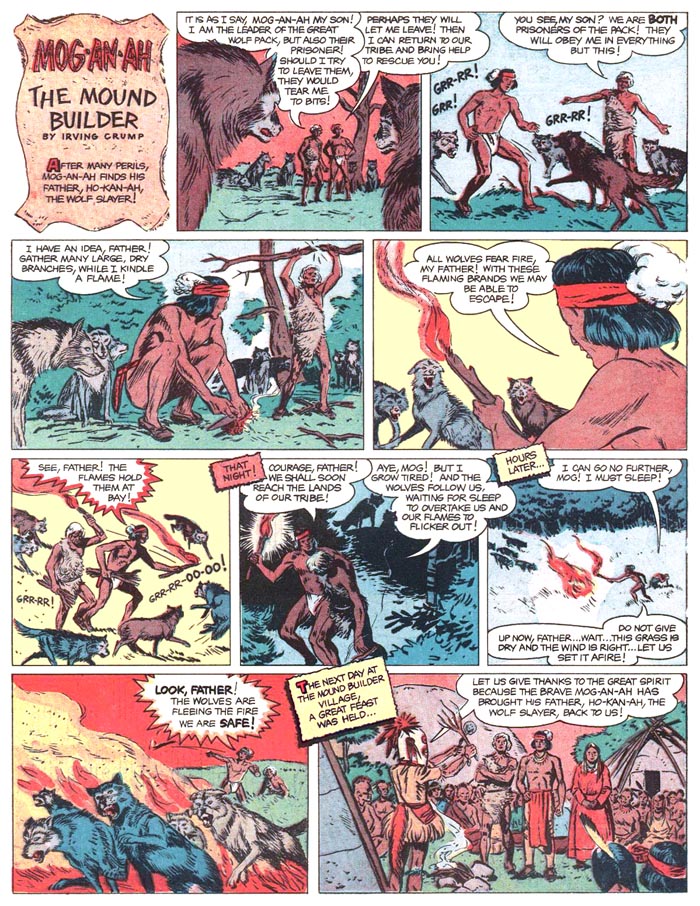 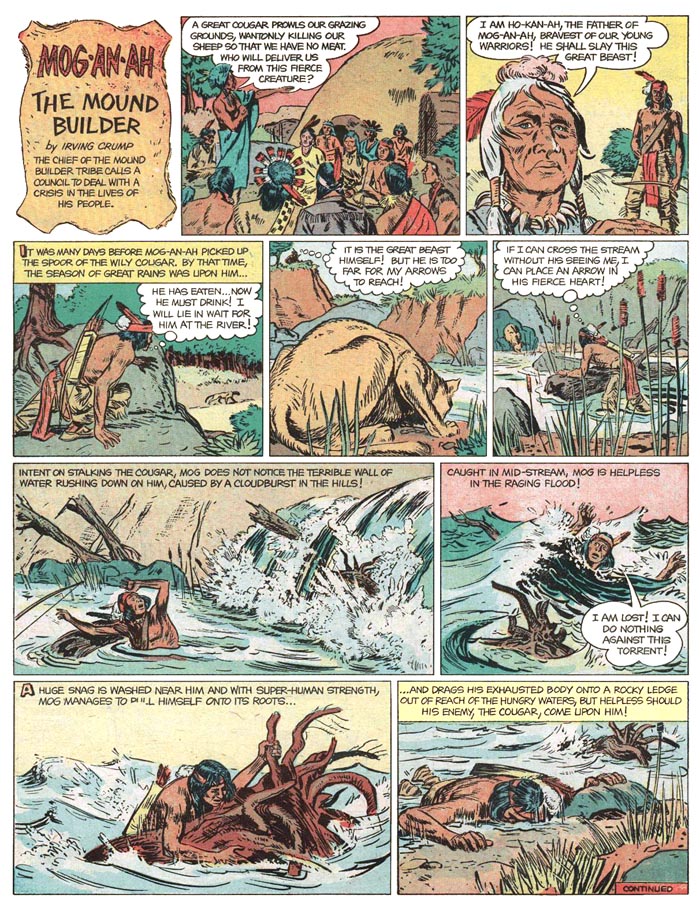 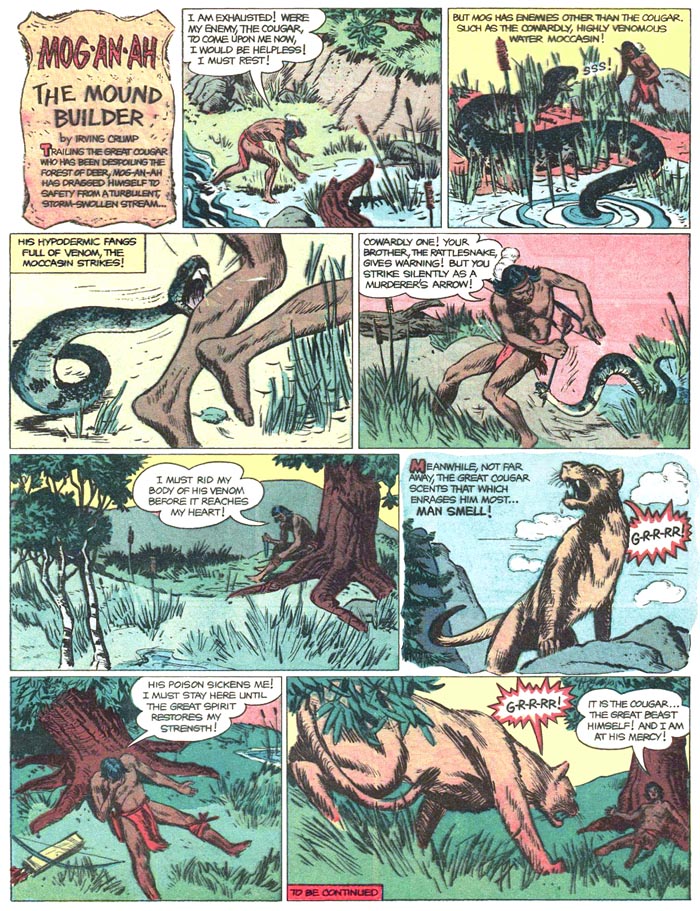 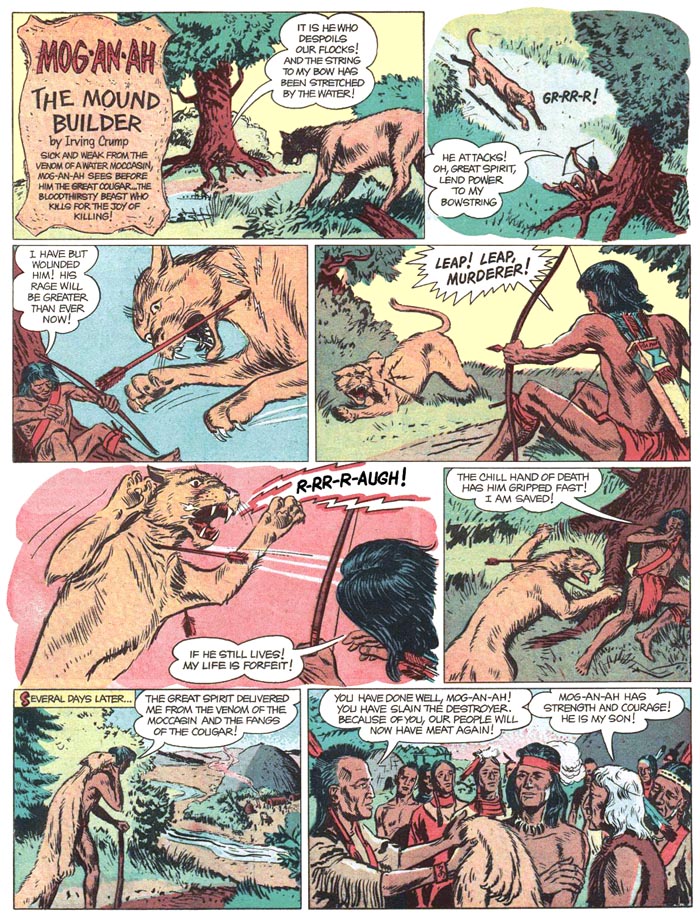 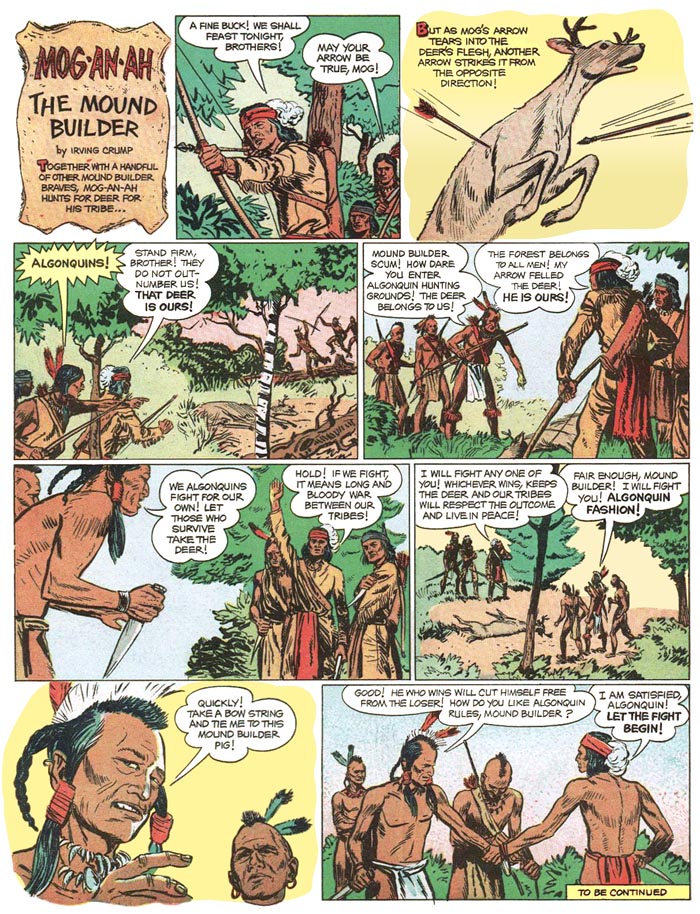 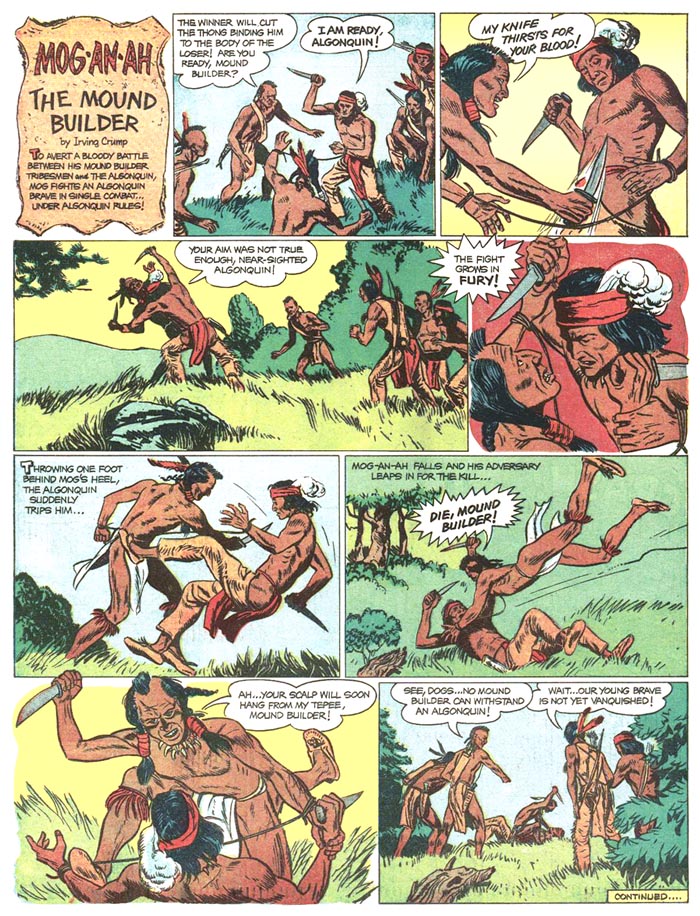 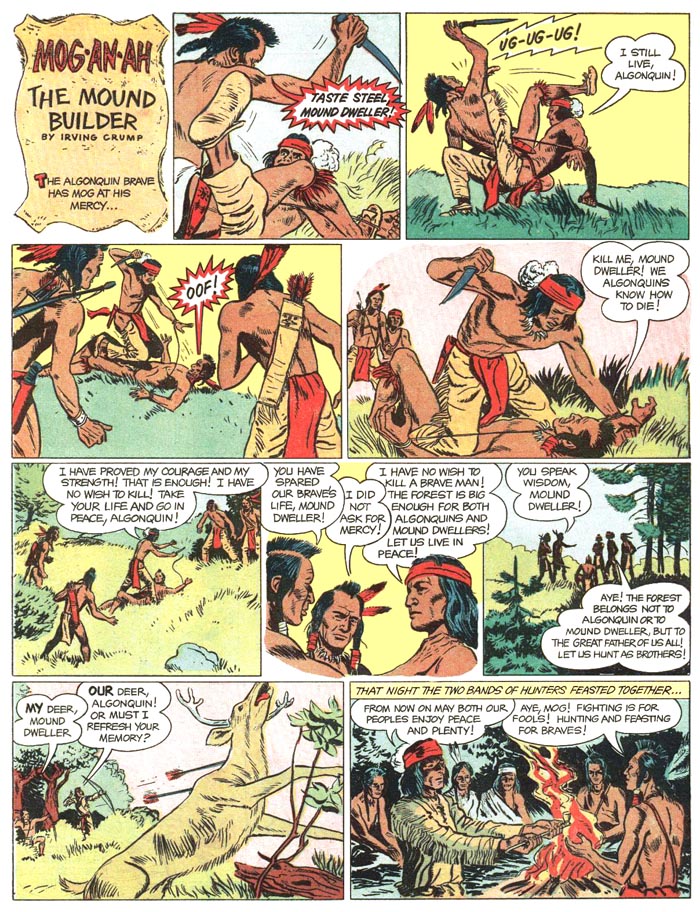 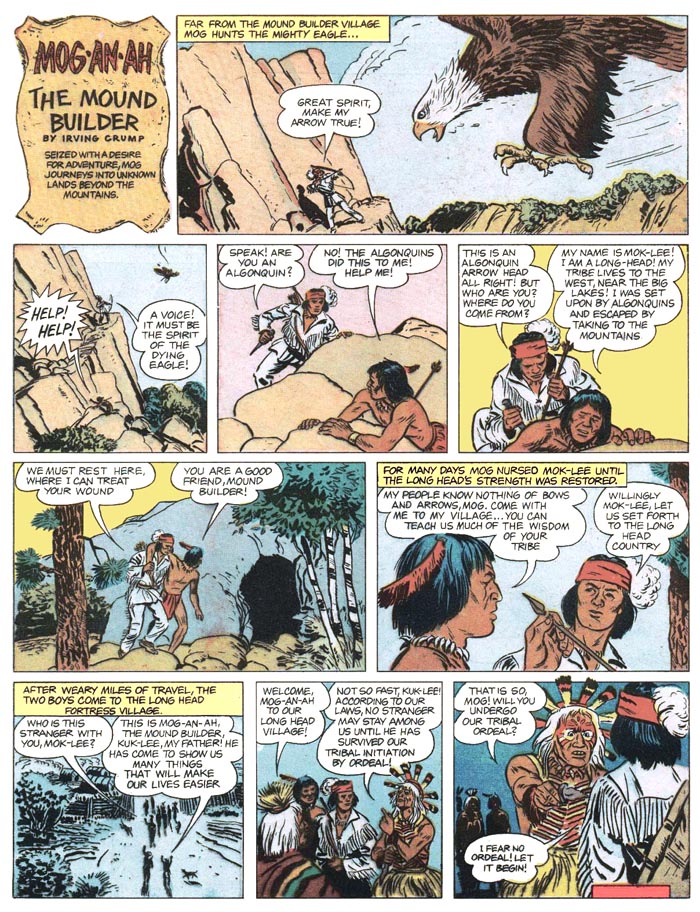 And that's it for MOG-AN-AH... unfortunately, the series was cut off abruptly one episode into a new multi-part story.  (Don't you hate when that happens?)  But I'll be back soon with more FRONTIER TALES, this time starring a young Native American boy!

Raw scan of the 1931 book from the Trussel.com site
Raw scans of the comic from the Boys' Life / Wayback Machine website
Restorations by Henry R. Kujawa

For more:
Read about Irving Crump at the Trussel.com site!
Read about The Archeology Of Arizona at the T-Rat site!