I'm beginning here a project I've been thinking about since last year, when I found the BOYS' LIFE "Wayback Machine" website, which has every page of every issue posted online. At the time, I was thirlled to be able to finally read the entire run of Al Stenzel's SPACE CONQUERORS! after more than 40 years.

I managed to figure out how to download from their site (which wasn't easy!). The next step was cleaning up the images and then re-posting them here. This not only improves the look of the images, but just as important, makes it much easier to read them!

Back when I had a one-year subscription to BOYS' LIFE, my favorite part of the magazine was, naturally, the color comics section.  And, so typical of my own personal tastes, what grabbed me the most was the future, and the past.  As for the latter, I guess growing up Catholic, going to a Catholic church for 30 years, and going to a private Catholic school for 4 years gave me an interest in Bible stories.  While I've never done much reading of the book itself, I've long been a sucker for Biblical movies-- and comics.

I just spent the last several days thumbing thru several years' worth of the magazine, to make sure I could start this project from the BEGINNING...  enjoy! 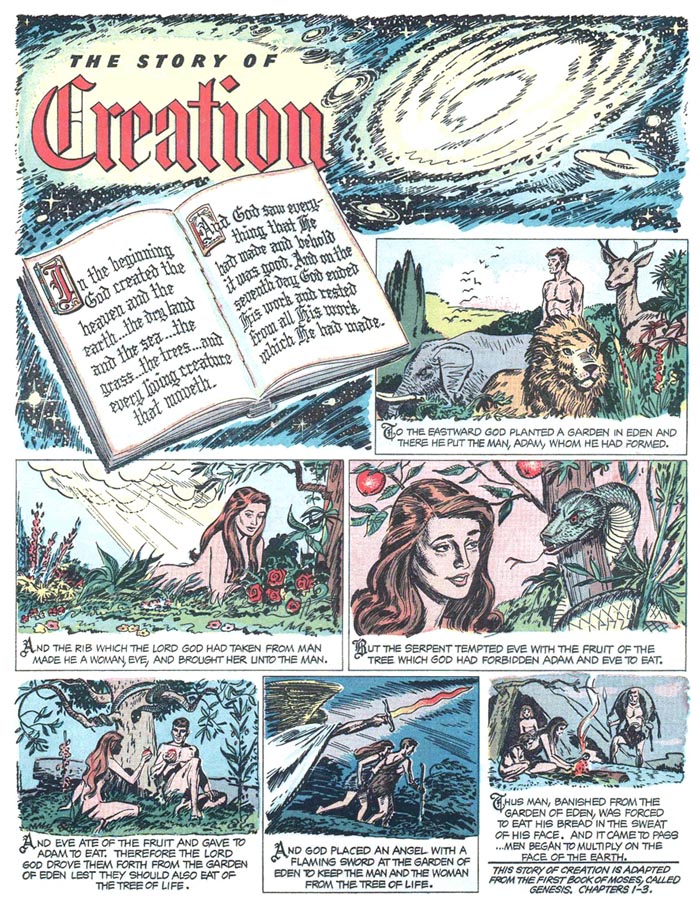 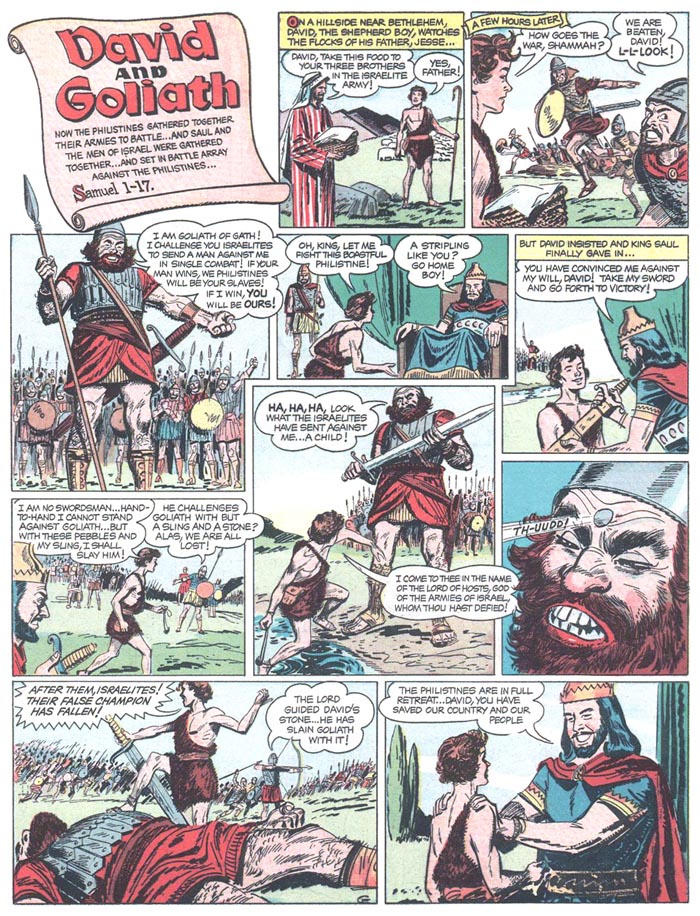 After a rousing start, there were no installments in the November or December issues. But the series would return in January.

One thing that's immediately obvious... this series does NOT follow in any chronological sequence.  I could probably "fix" that... but this is going to take long enough without doing that!

Go to Professor H Revisits The Bible to read all the stories in order!
Posted by Henry R. Kujawa at 11:07 AM