I think by default, as soon as Daredevil returned to New York City, his natural habitat, the John Romita run improved a hundredfold.  Even so, his first story back, fighting Steve Ditko's minor baddie The Ox (previously the "muscle" of both The Enforcers and The Fellowship Of Fear) was nothing to brag about.  One wonders if things might have gotten off to a better start if Wally Wood, on his departure, hadn't gone out of his way to break up the partnership of Matt Murdock & Foggy Nelson, neccessitating Jack Kirby having to "waste" 3 whole issues getting the two of them back together?

I guess this one can be considered Romita's 1st real "solo" work on the book.
(If you don't count his editor.) 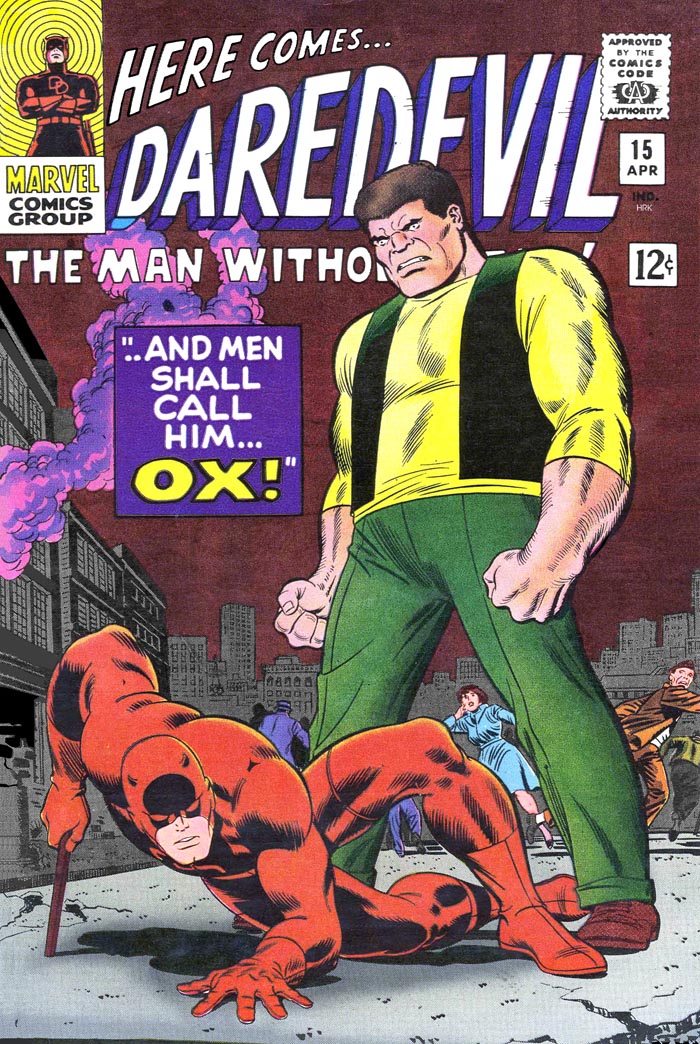 Legend has it that editor Stan Lee, sensing his #2 writer Steve Ditko was about to jump ship over his deep objections to publisher Martin Goodman's dishonesty concerning the total lack of royalties for licensing connected with characters he was creating, looked around and considered John Romita an ideal candidate to take over AMAZING SPIDER-MAN, should Ditko in fact leave.  As a "try-out", Lee had Romita feature Spider-Man in a 2-part story. On the one hand, the resulting story underlined just how immature and thick-headed the teenaged hero was (compared to the more mature "Hornhead"). On the other, the story also saw the debut of The Masked Marauder, Romita's 1st major villain creation. 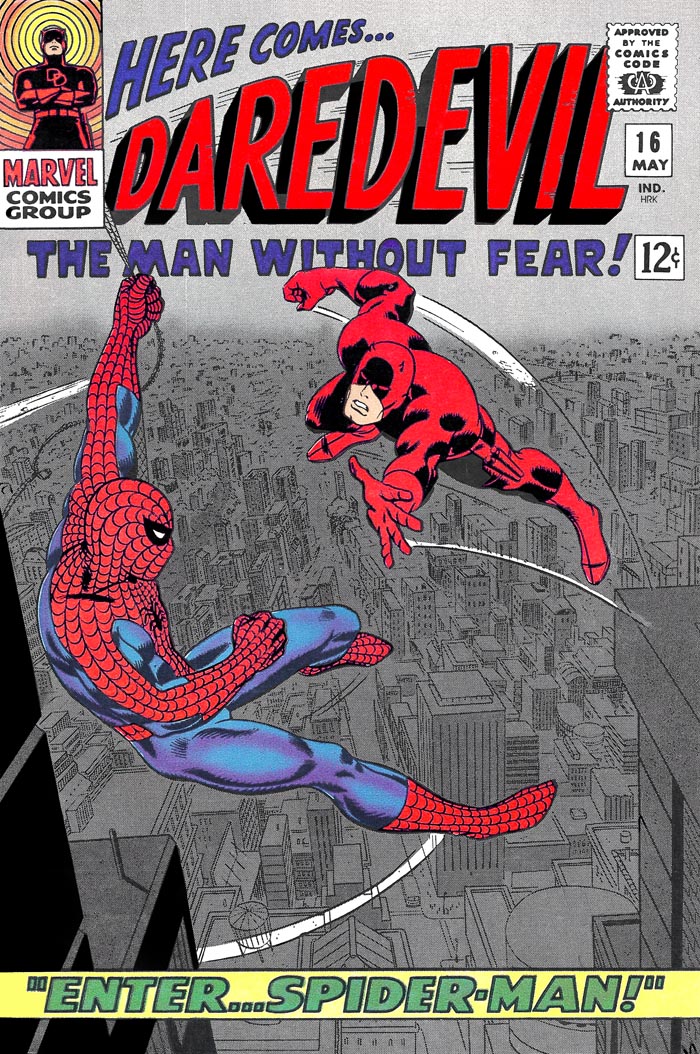 I love Stan Goldberg's subtle coloring on this. The graytones on the foreground and background buildings, combined with that moody night sky, really make for a wonderful combination. In the midst of this, by comparison, the Masked Marauder screams "cartoony", and somehow, in a BAD way. Is it the pose, or just the composition? Oh well! 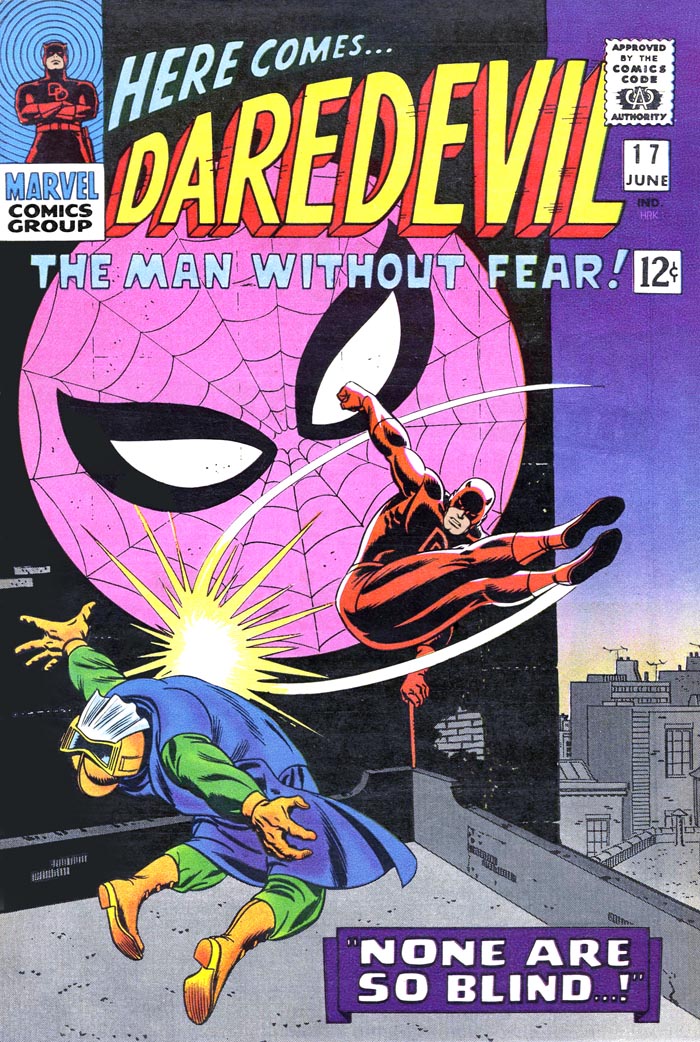 John Romita has always gone on record saying he wishes he could have stuck with DAREDEVIL, rather than taking over AMAZING SPIDER-MAN. While I tend to disagree, in his 7th DD issue he created another classic villain, albeit one who was, in addition to being very dangerous, not quite right in the head.  Or, is that WHY he was so dangerous?  In any case, while the story remained generally silly & ridiculous, The Gladiator certainly wasn't! This was perhaps Romita's best DD cover! 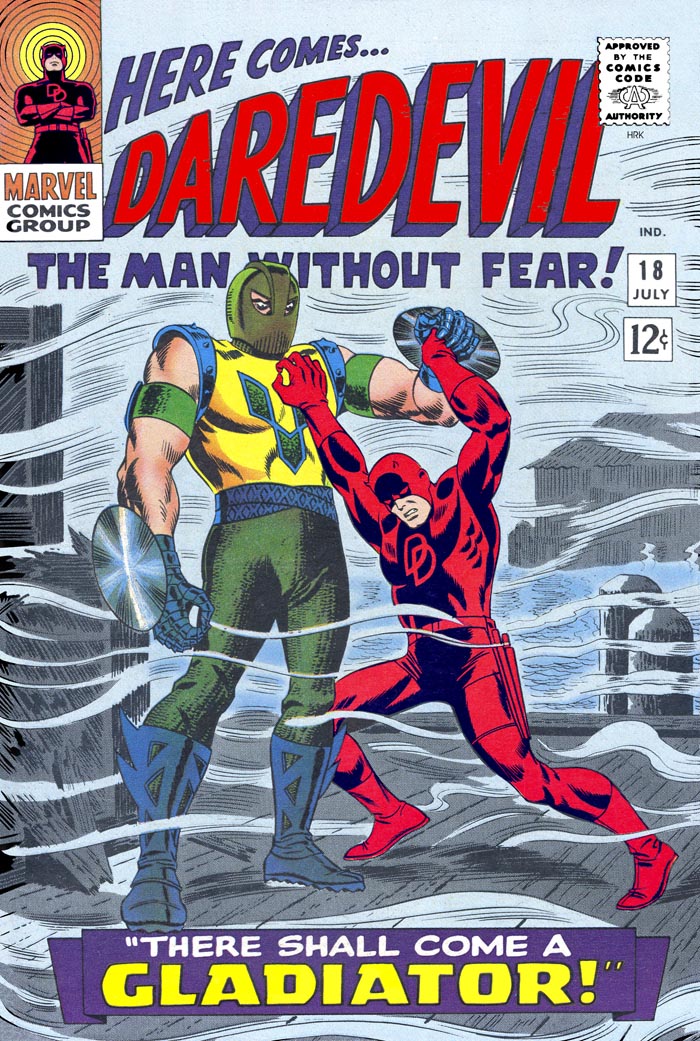 For years I've been hearing that John Romita tried to incorporate some of Steve Ditko's style into his work when he started on AMAZING SPIDER-MAN, convinced that Ditko would return any issue.  I've never noticed this myself, but check out Romita's final DD cover.  You'd almost SWEAR Ditko drew the thing! 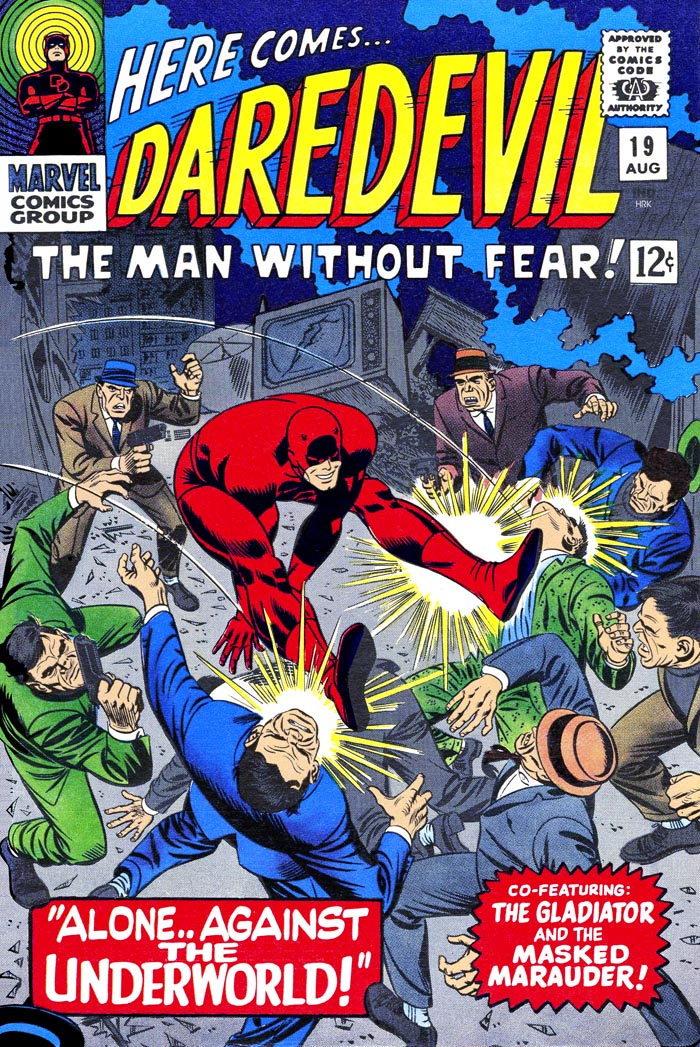 After 8 issues, DAREDEVIL wound up losing its 4th writer-artist in only 2-1/2 years. But unlike the previous 3, John Romita's departure was on the specific instructions of his editor. After months of things building to a head, Steve Ditko LEFT Marvel, and the 2 series he had helmed from the beginning.  A rotating roster of creators took over Dr. Strange (beginning, oddly enough, with Bill Everett, on his return to the company), while AMAZING SPIDER-MAN became the series John Romita would be most associated with for the rest of his career. 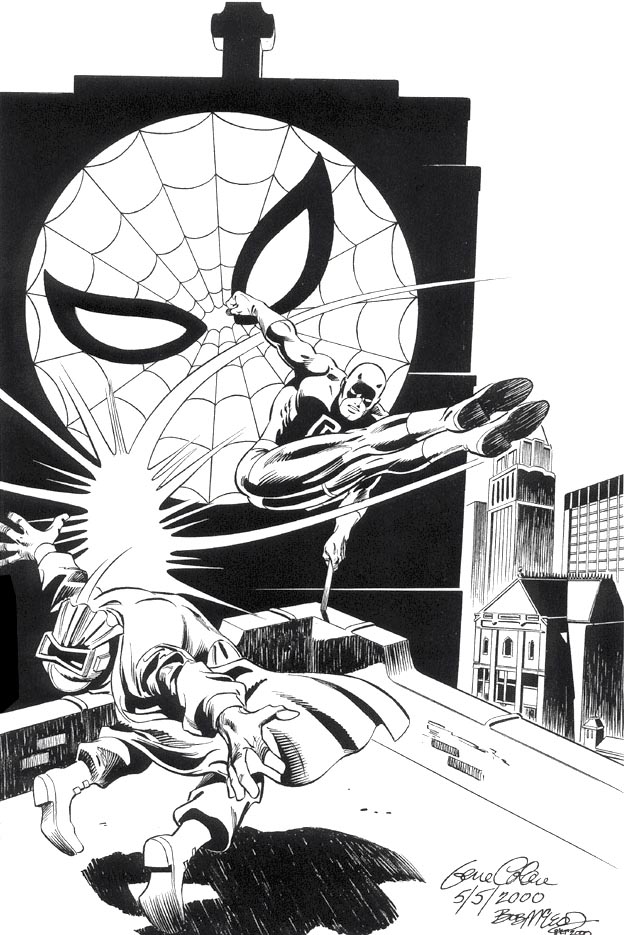