My Mom loved horror movies.  Her favorite actors were Boris Karloff & Bela Lugosi.  In fact, she had once seen Lugosi in a live stage performance of DRACULA.  And she was the one who introduced me to horror movies.  While my 1st Frankenstein movie was the one with Abbott & Costello (what a place to come in), she once woke me up in the middle of the night so I could come downstairs to see the 1931 FRANKENSTEIN on TV for the first time.

And then there was CHAMBER OF DARKNESS #5-- a horror-anthology title.  It was many years before I realized this comic had a special significance for me.  While my first exposure to Jack Kirby was FANTASTIC FOUR ANNUAL #3, and my 2nd was FANTASTIC FOUR #71, it turns out the story "...And Fear Shall Follow!" was the first one I ever read where Jack Kirby-- who, as it turns out, wrote ALL of the stories he illustrated for Marvel-- was allowed to write his own DIALOGUE (and get credited and paid for writing AT ALL).  I used to think it was CAPTAIN AMERICA #193, when he returned to Marvel in 1976, but, no, it was this modest little 6-pager, wonderfully inked by John Verpoorten, under a dynamite cover by Kirby & Sub-Mariner creator Bill Everett!

Later on, thru some very strange circumstances, Mom also wound up buying my very 1st VAMPIRELLA comic-- but that's another story!

Right now, let's turn back the clock to just before Jack Kirby jumped ship from Marvel to DC, and read a real classic of suspense! 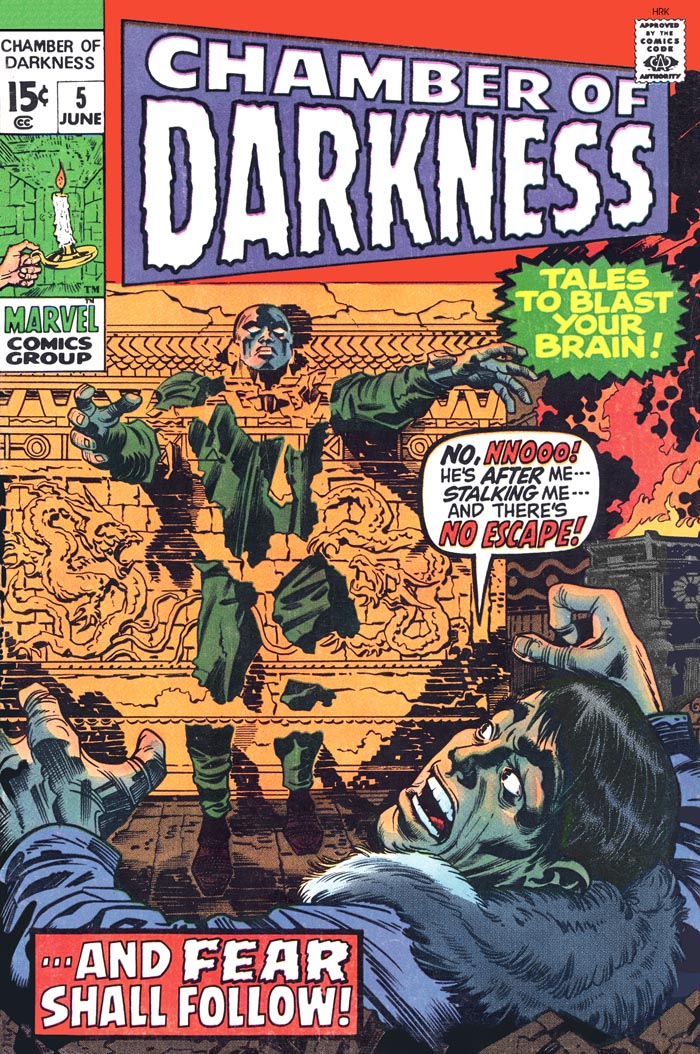 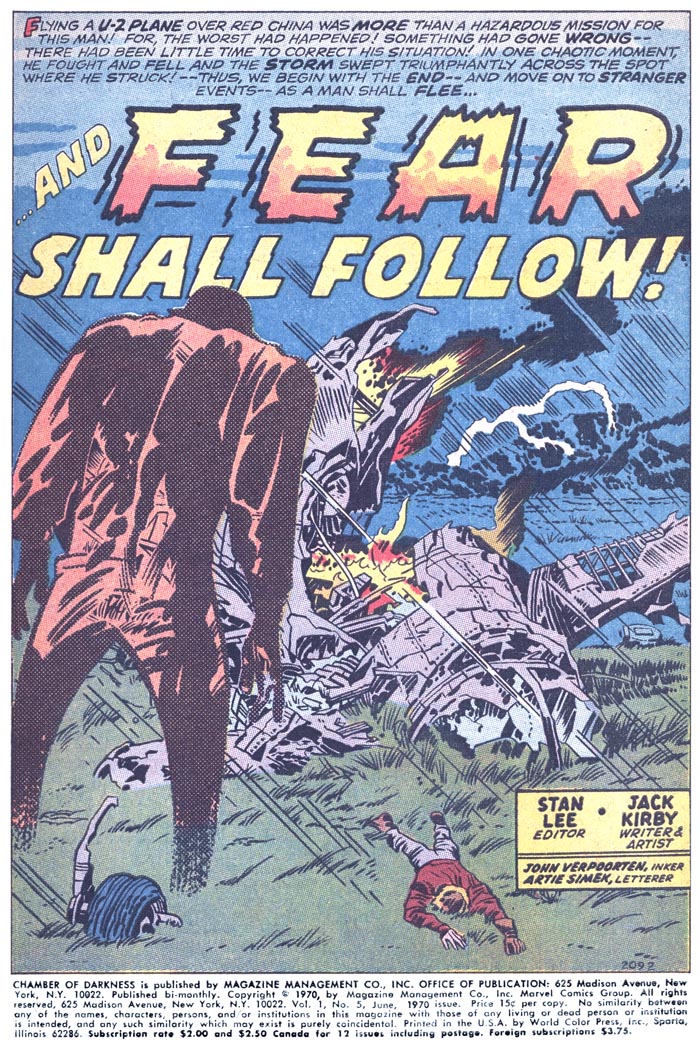 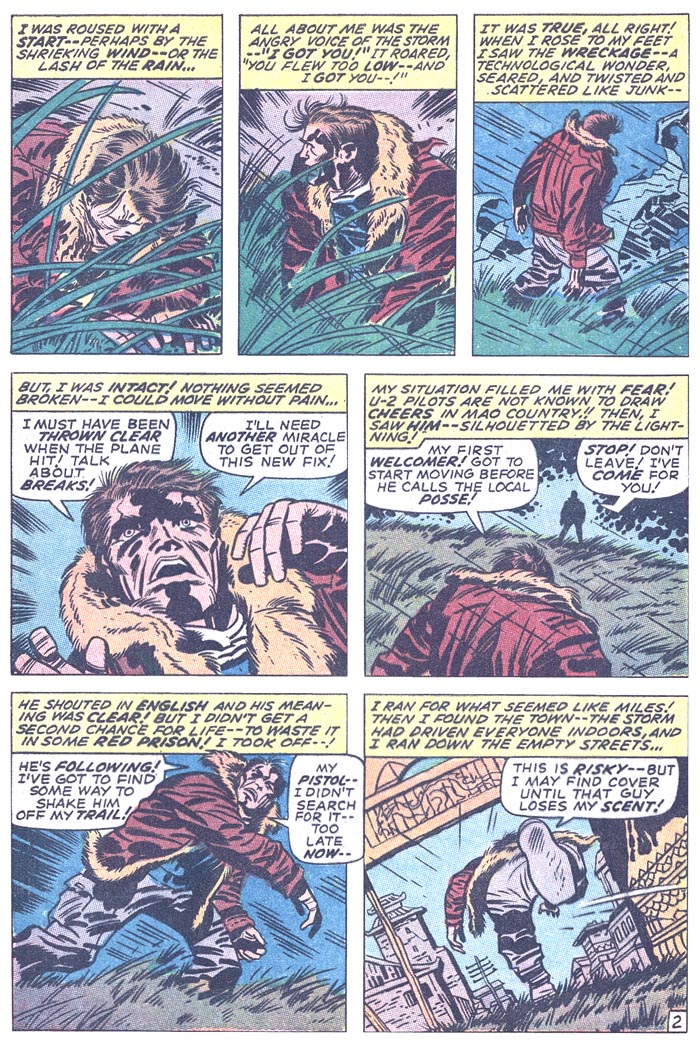 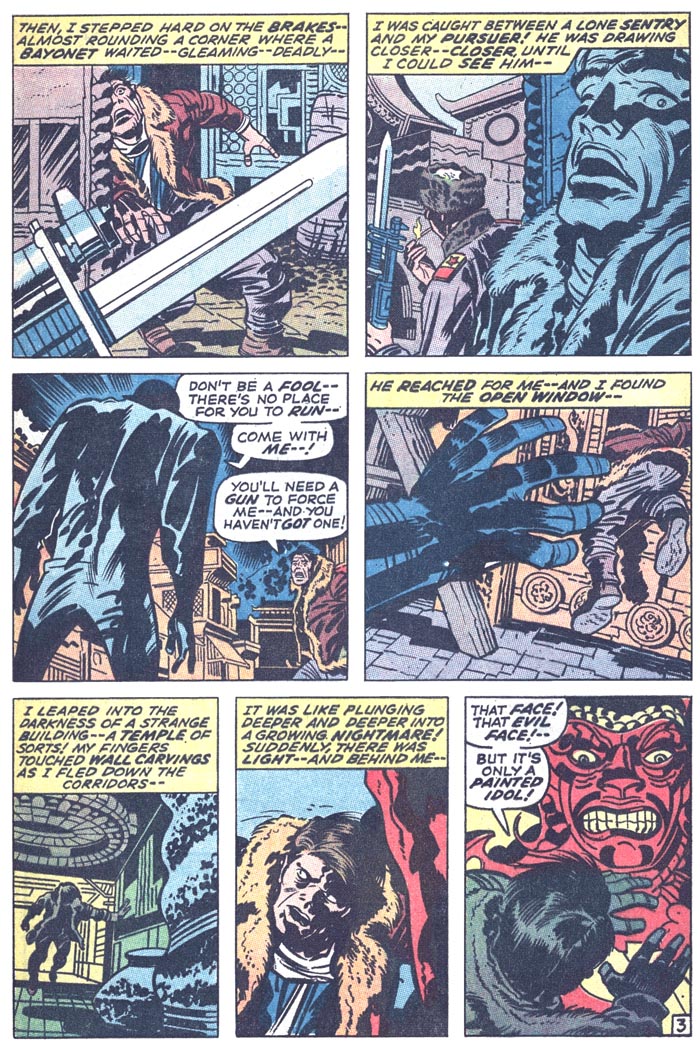 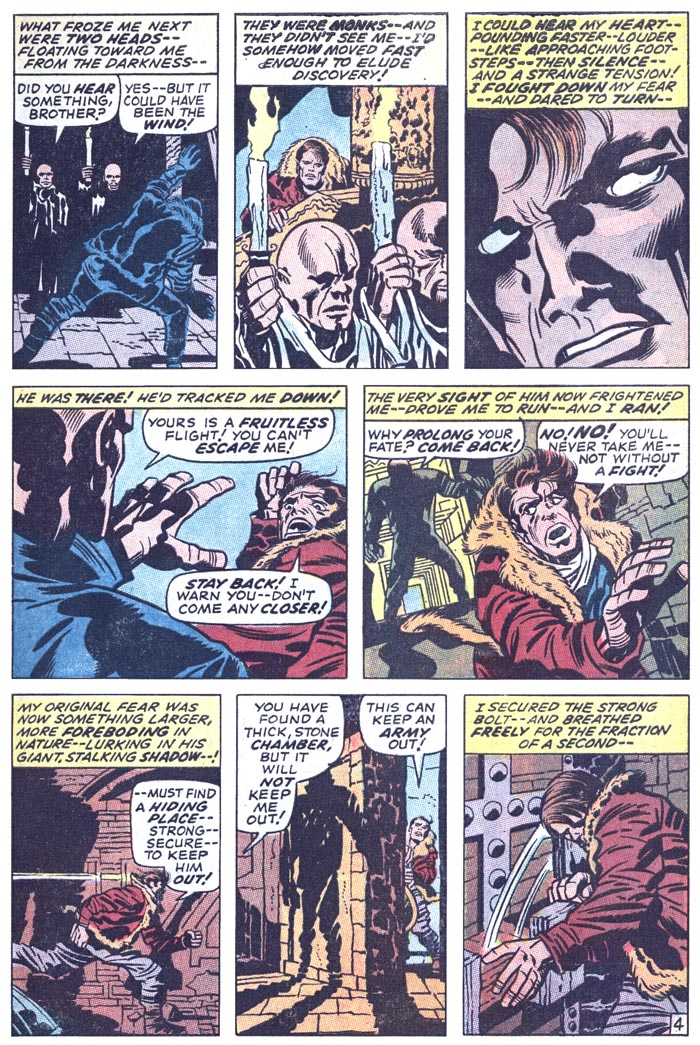 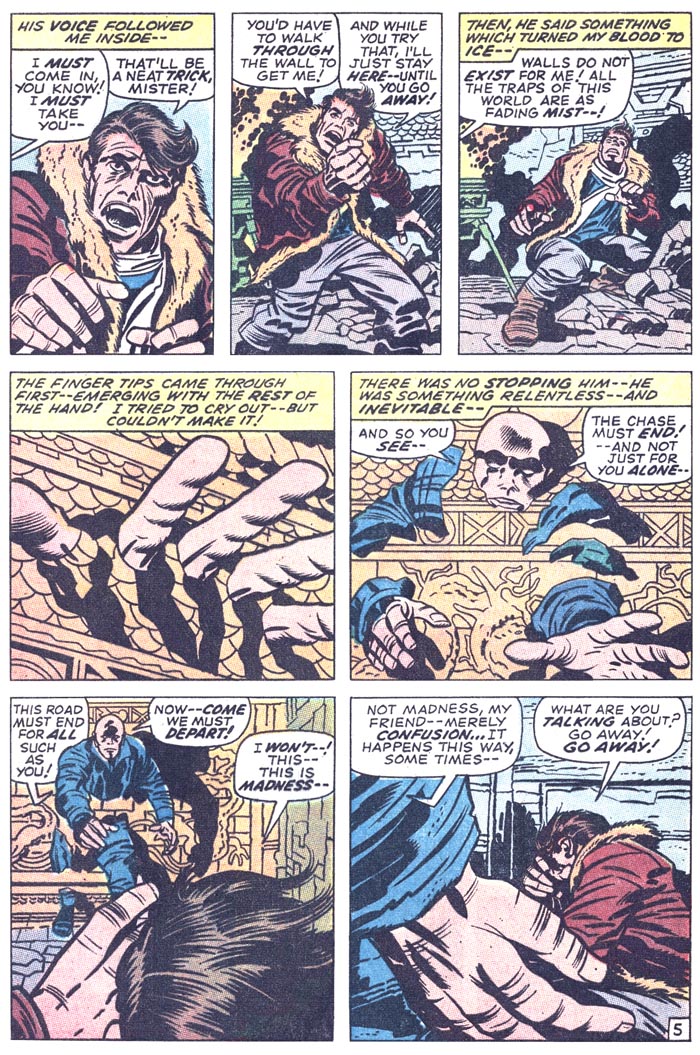 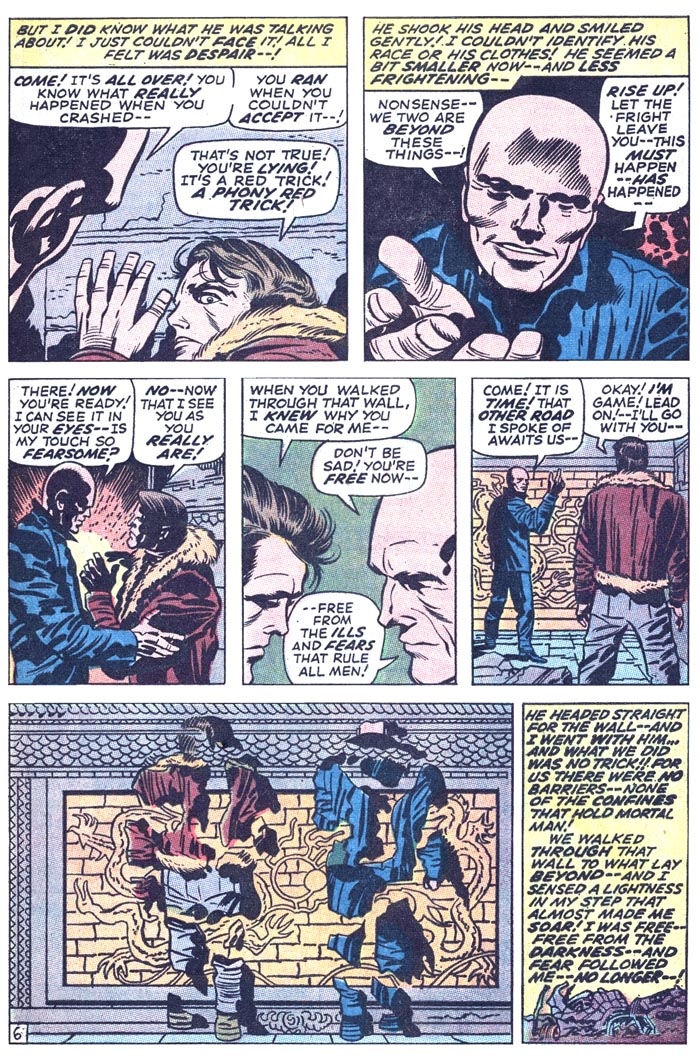 I wanted to wait until after the story to mention this... you might notice the "ghostly" figure on page 1 is identical to the one on page 3, panel 3.  Since this is the sort of thing Jack Kirby NEVER did, it tells me it was probably the work of the production department, on the orders from Kirby's EDITOR.  Since you don't actually find out what's really going on until the end of page 6, you have NO IDEA there's anything "supernatural" in the story until the end.  EXCEPT for the fact that the ending is telegraphed right there on the splash page.  WAY TO GO, "editor"!!!

I'll just add that looking back on this, it also annoys the hell out of me that the "Editor"'s name takes up as much space in the credits box as the guy who was BOTH the writer AND artist. In the words of Spider-Man (from one of the Grantray-Lawrence TV cartoons), "...talk about a king-size EGO!!"

You can SEE, right there, why Kirby left Marvel a few months later.

All scans from my collection!