One of the real legends of EC Comics' horror was illustrator Johnny Craig.  TALES FROM THE CRYPT, THE VAULT OF HORROR, his name was synonmous with these classics of twisted morality tales.

Although it was many years before I made the connection, several of Craig's stories were adapted into the Amicus Films horror anthology, TALES FROM THE CRYPT (1972), probably the most intense film that tiny studio ever produced.

In the late 60's, Craig did some work for Marvel--mostly on IRON MAN, where he started out inking Gene Colan, then doing full art when Colan departed the series, then, most notably, inking George Tuska when he took over.  All of these issues were written by Archie Goodwin, which has a certain amount of sense to it.  Goodwin made his reputation as both editor and chief writer for Jim Warren's 1960's horror comics revival, in CREEPY, EERIE and later, VAMPIRELLA.

However, the first time I ever laid eyes on Craig's work was when he did full art, illustrating an adaptation of an H.P. Lovecraft story, "The Music of Erich Zann".  A contemporary of Robert E. Howard, Lovecraft's stories appeared in many pulp magazines in the 1930's, but remained relatively obscure to the general public until Roger Corman decided to adapt his story "The Strange Case Of Charles Dexter Ward" to film, released under the title THE HAUNTED PALACE because American International wanted to market it as part of their "Edgar Allan Poe" series.

All of which is a rather long-winded intro to a very concise 7-page comic-book story.  This is some of the BEST art I've ever seen from Craig, which is why I feel it deserves more exposure.

Finally, I like the fact that for ONCE, someone else's name was lettered in BEFORE and BIGGER than the editor.  ENJOY! 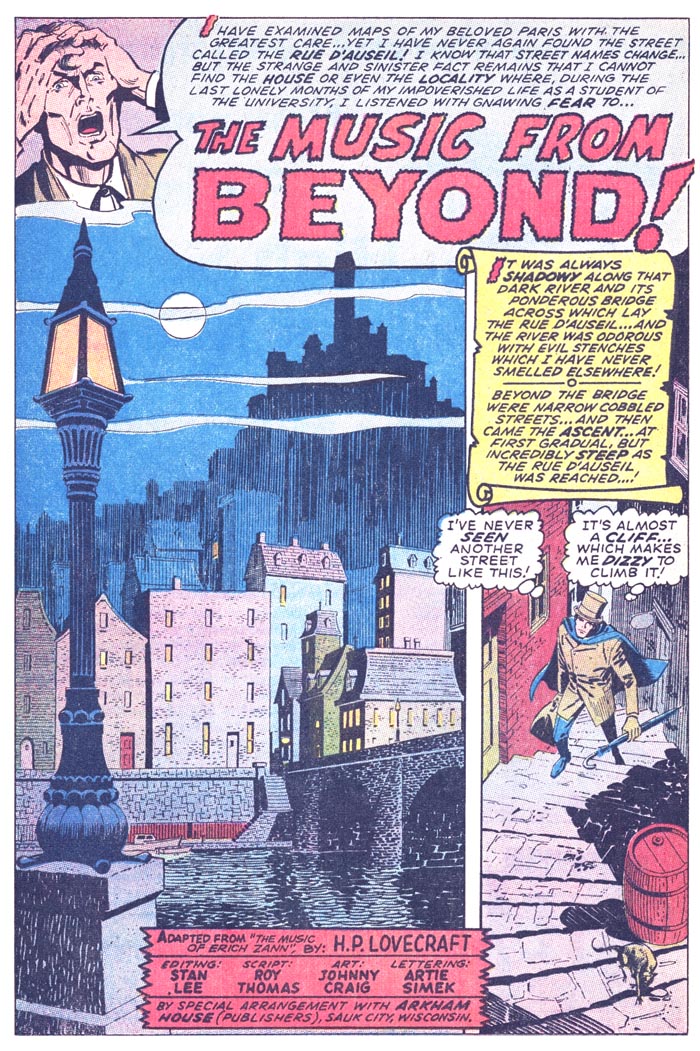 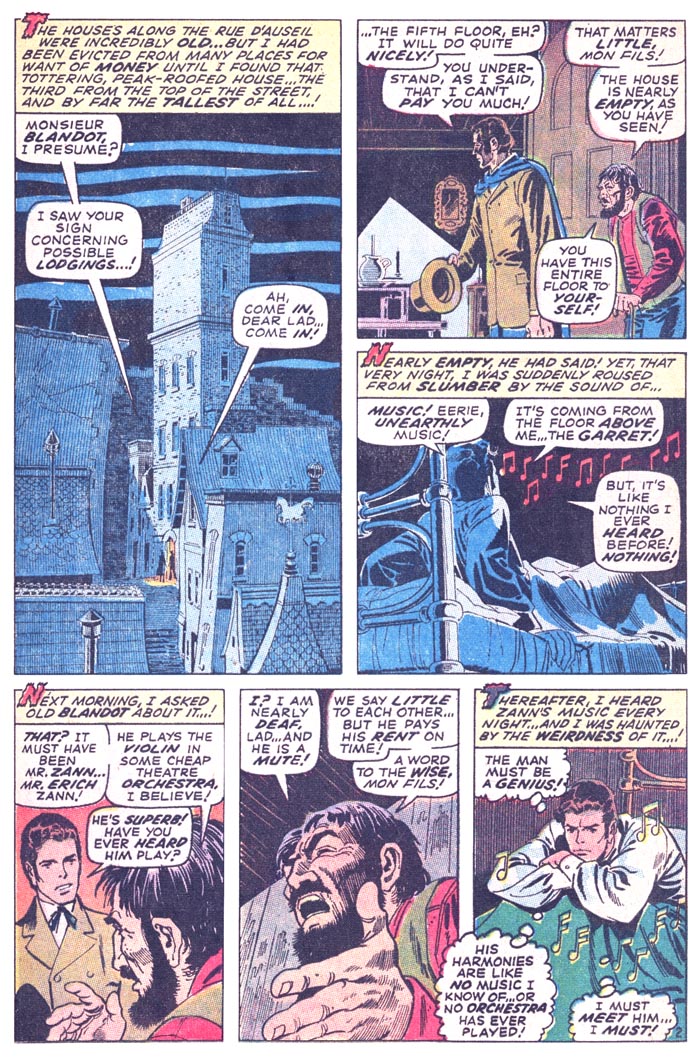 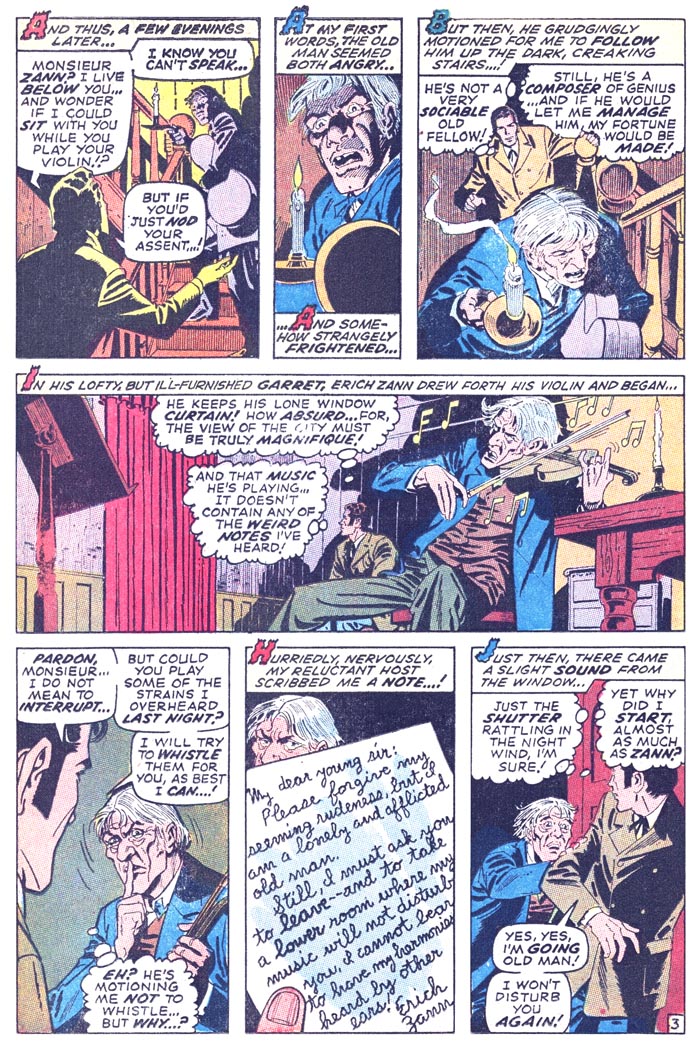 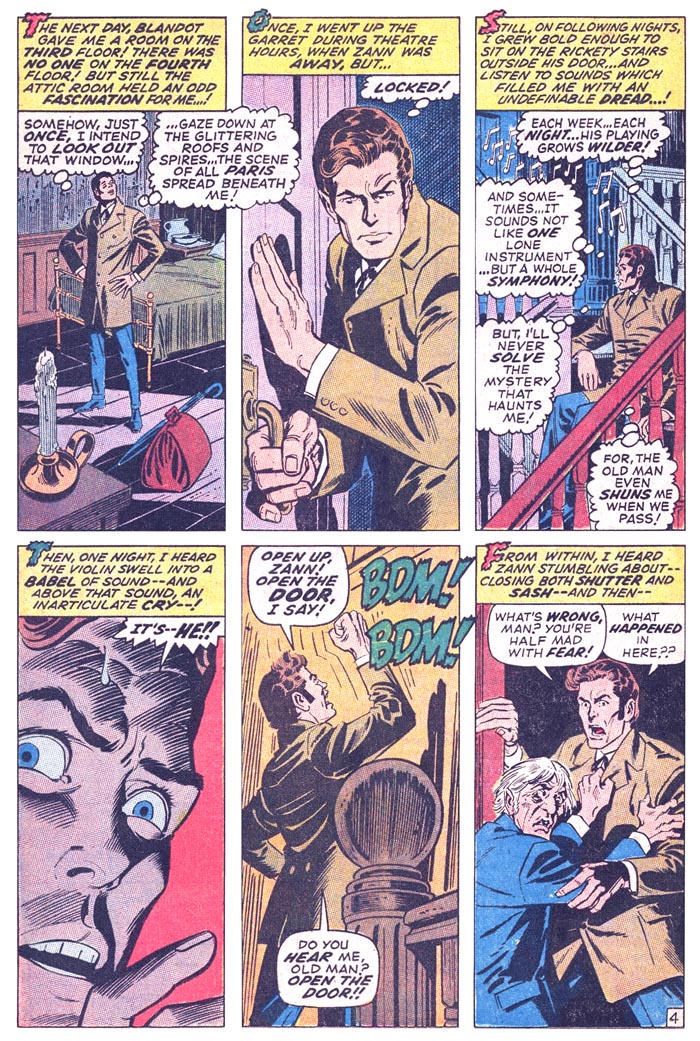 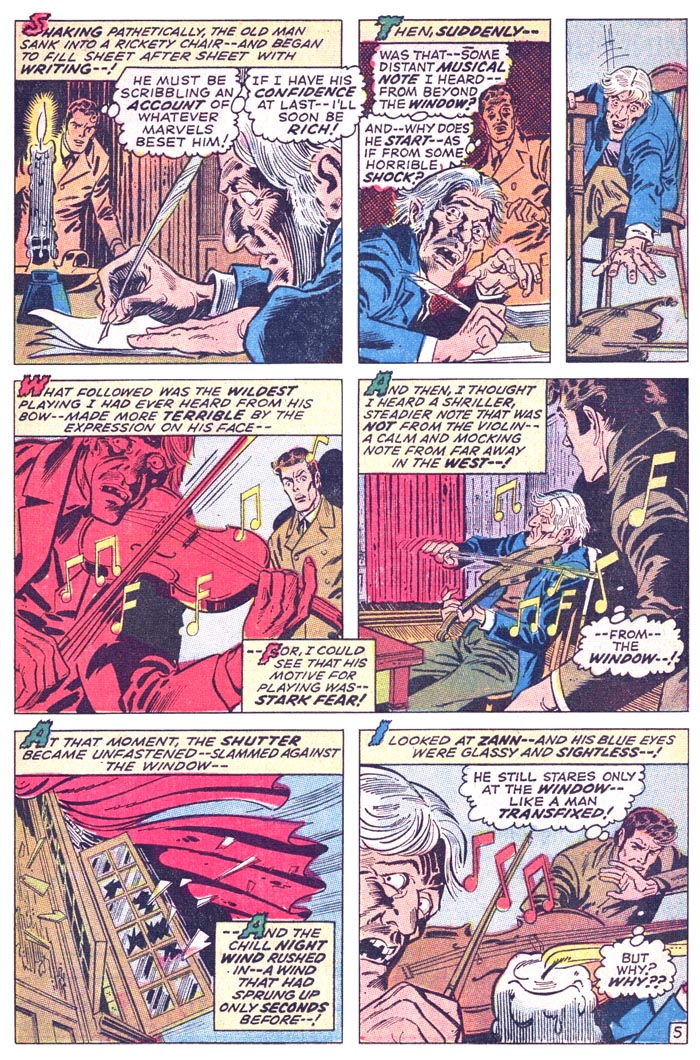 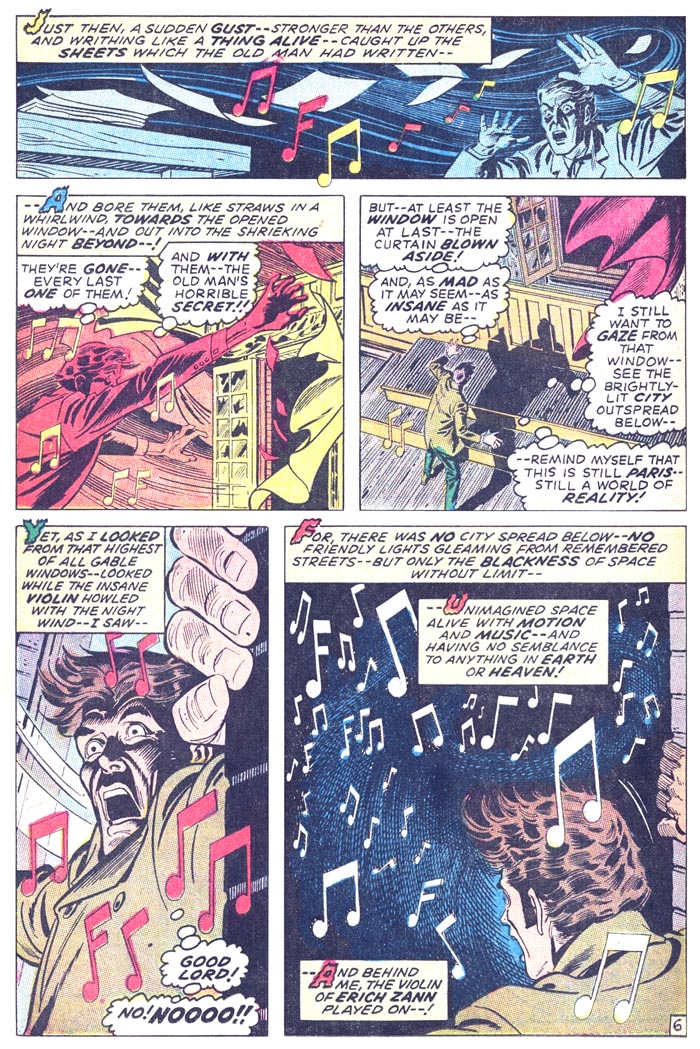 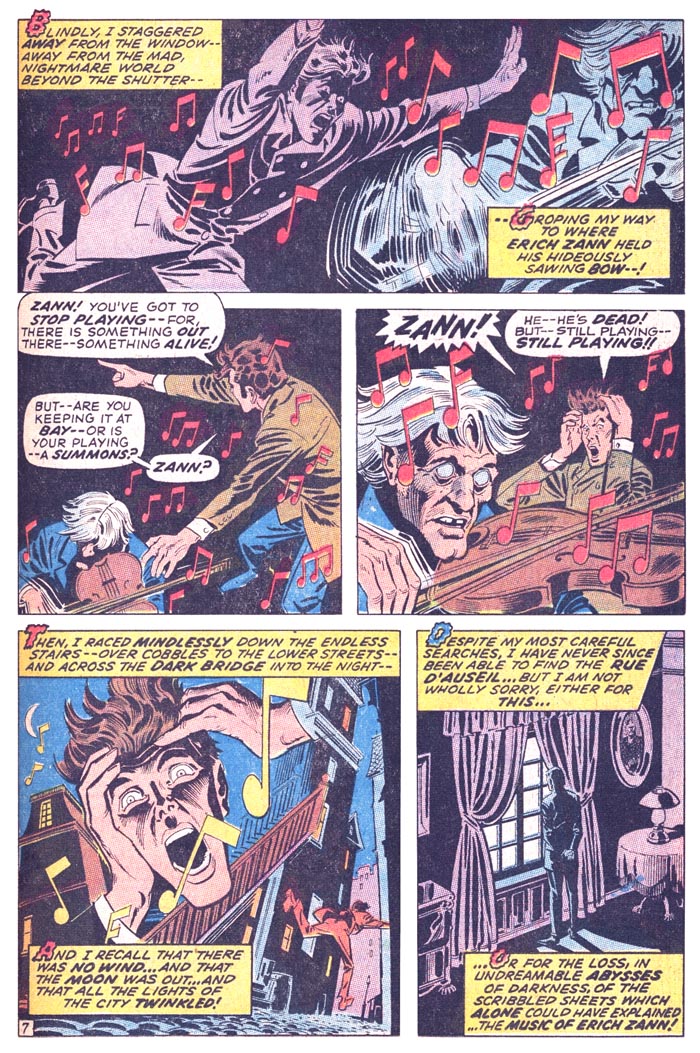 All scans from my collection!