In the wild years of expansion, Roy Thomas got the idea to team up several characters who did not seem to be good fits for a team book.  The list included Sub-Mariner, The Hulk, and Silver Surfer.  However, when Stan Lee requested that nobody use The Surfer on a regular basis (saying he wanted to write the character himself), Roy decided on Dr. Strange instead.  The final issue of Doc's late-60's mag had led into a loose 3-parter that spanned his book, Subby's and The Hulk's, so the precedent was already there.

Following 3 appearances in MARVEL FEATURE, THE DEFENDERS got their own series, and soon had a mammoth crossover with THE AVENGERS, making the "official" super-team of the Marvel Universe aware of "the other guys". 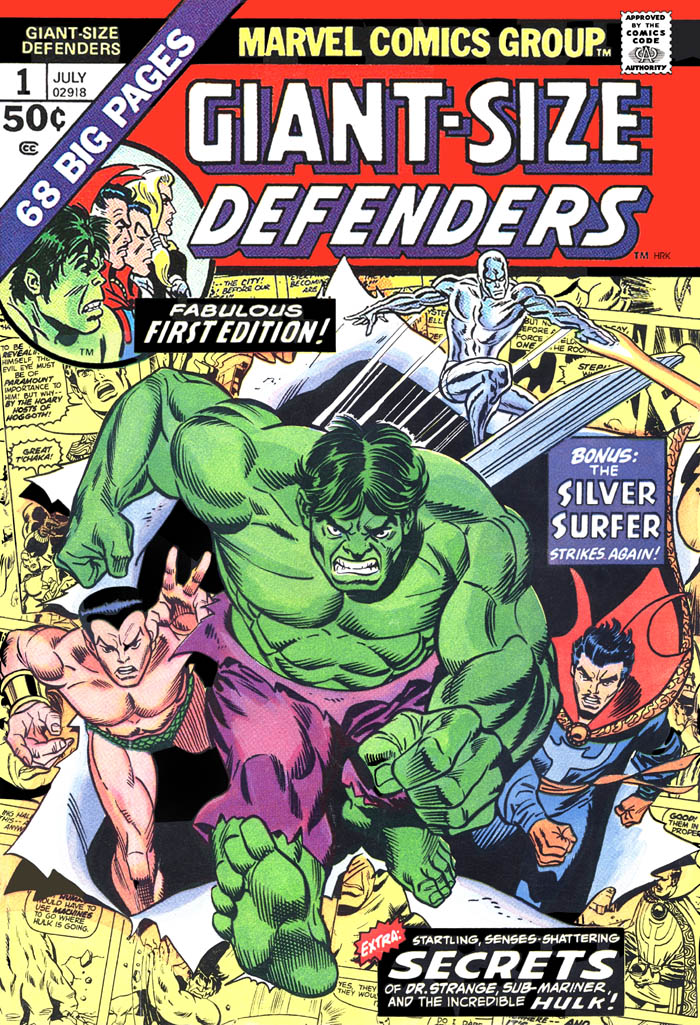 Just as with GIANT-SIZE SUPER-VILLAIN TEAM-UP, when the 1st issue of this book was put on the schedule, there was not enough time to actually do a full book. Tony Isabella, Jim Starlin & Al Milgrom stepped in and concocted a 9-page character piece. Following up on The Hulk FINALLY being convinced that "stupid magician" and "sword girl" were (GASP!) his "friends" (see the last page of THE DEFENDERS #12), he follows Doc home for a peaceful meal. As he does, Valkyrie asks Doc's girlfriend Clea about the "team", which serves as the perfect excuse for flashbacks, in the form of reprints! What could have been mere filler of the most tedious kind, instead, thanks to those involved, became 9 of the most INTENSELY stunning pages in Jim Starlin's career. I became convinced after seeing these pages, that Starlin really should have done a run of DR. STRANGE. I also feel that he gave us just about the SEXIEST depictions ever seen of both Clea, and The Valkyrie! 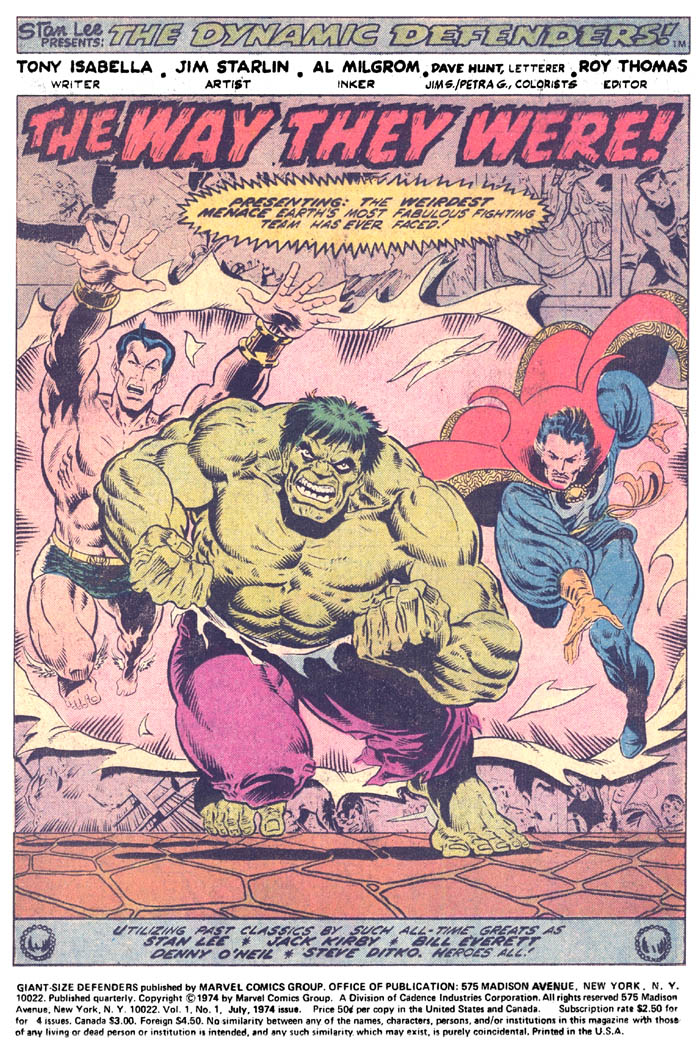 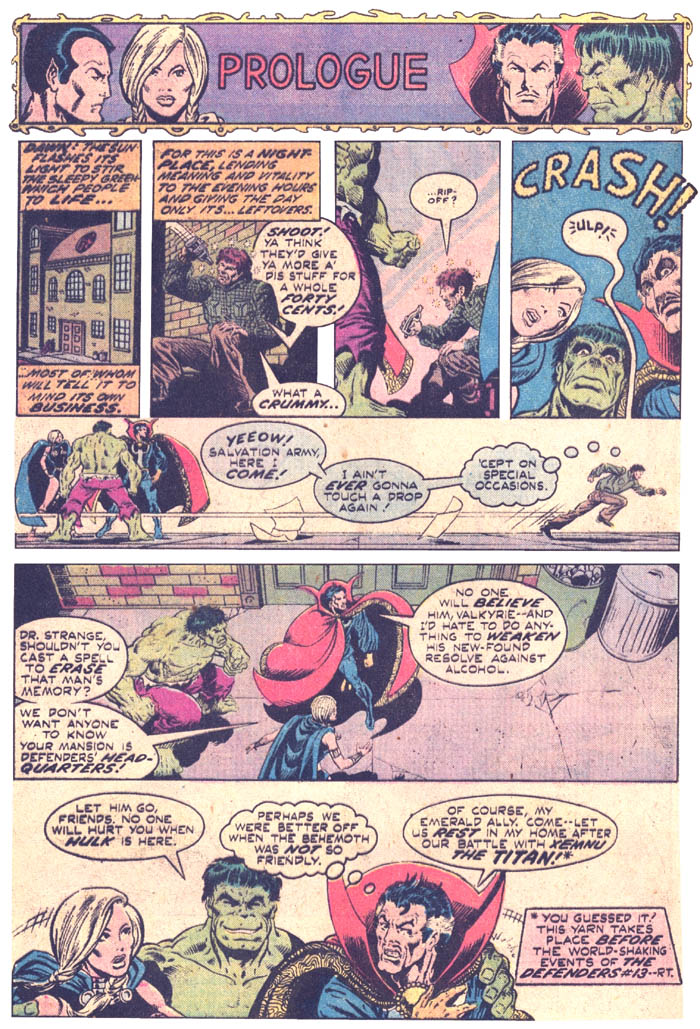 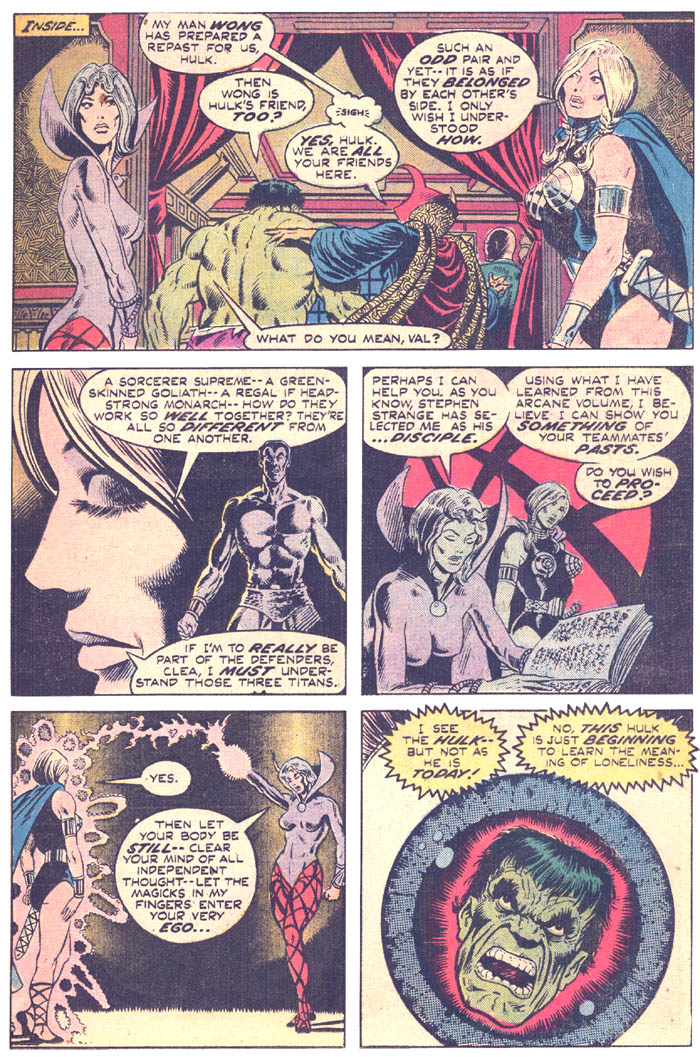 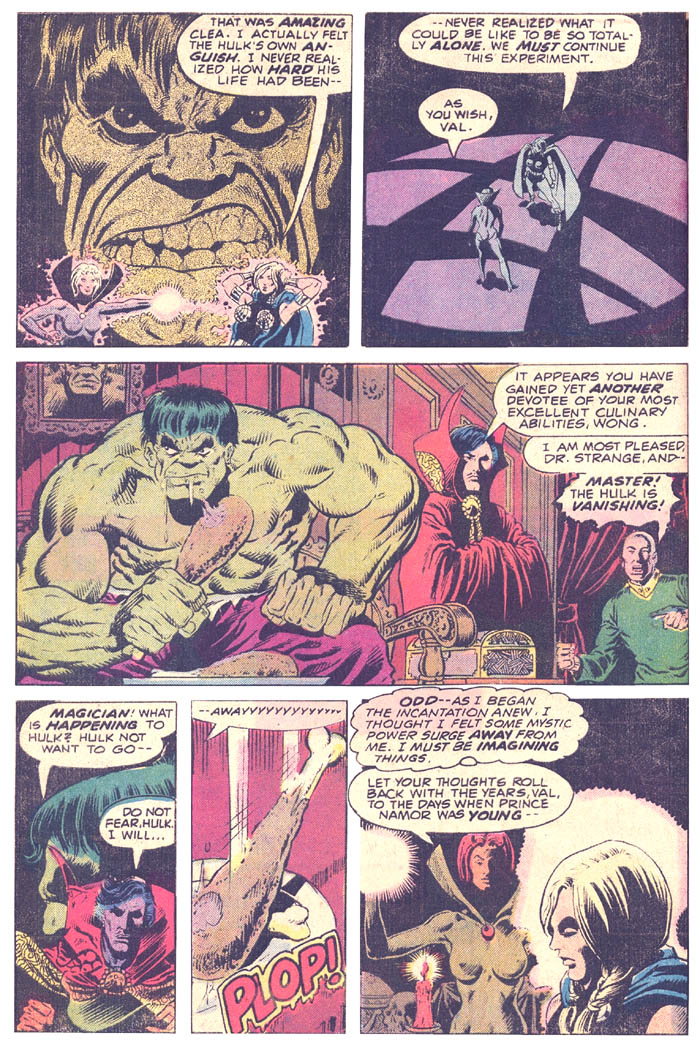 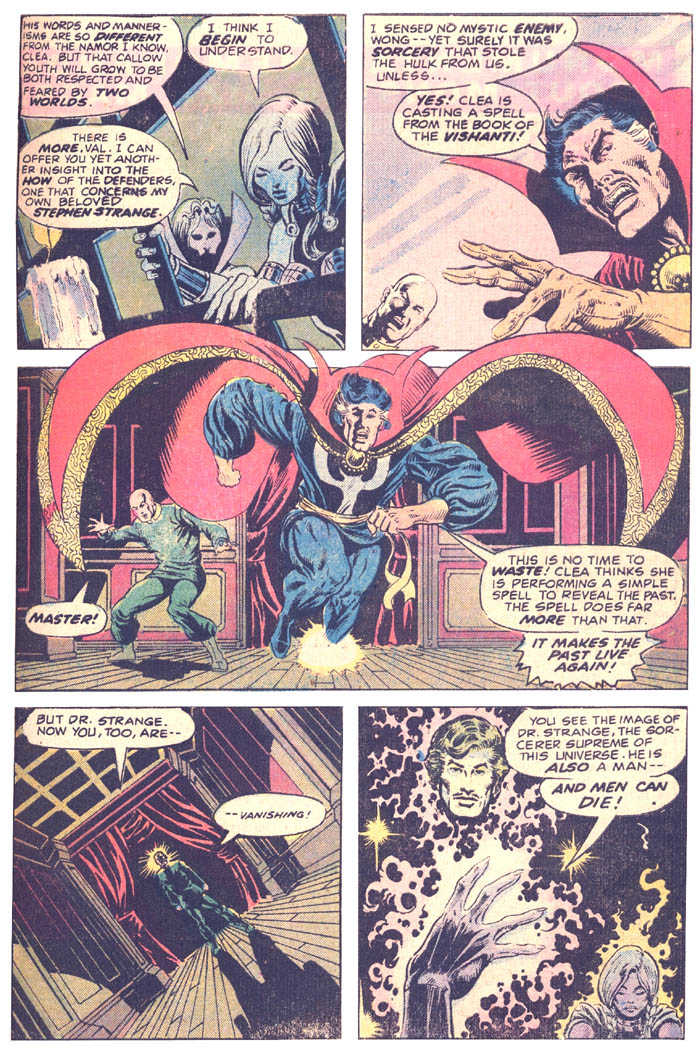 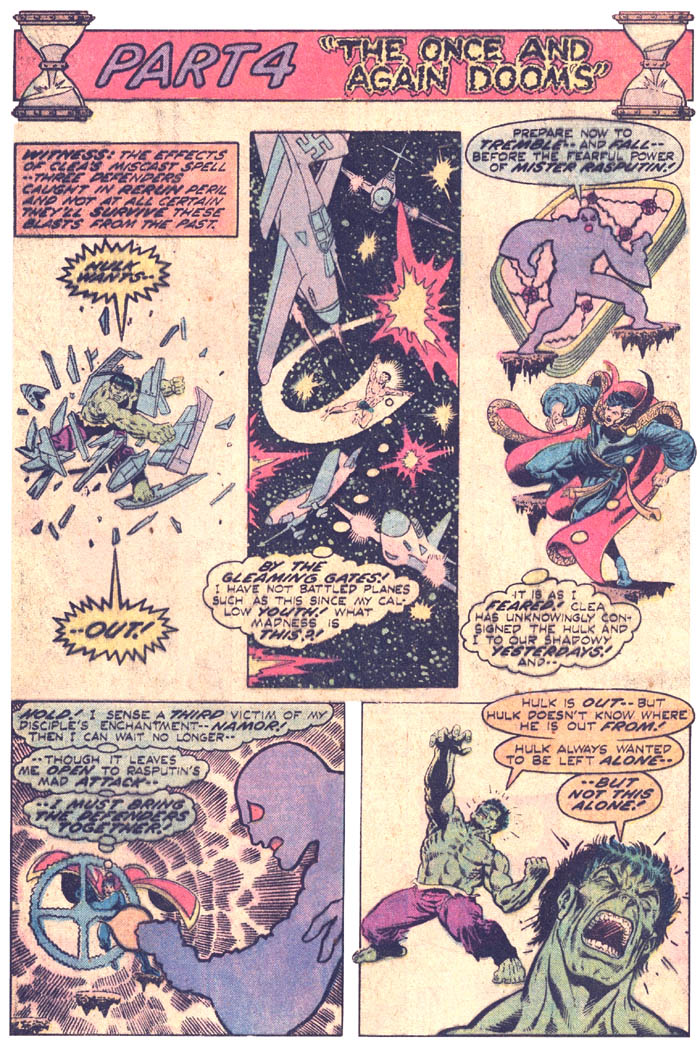 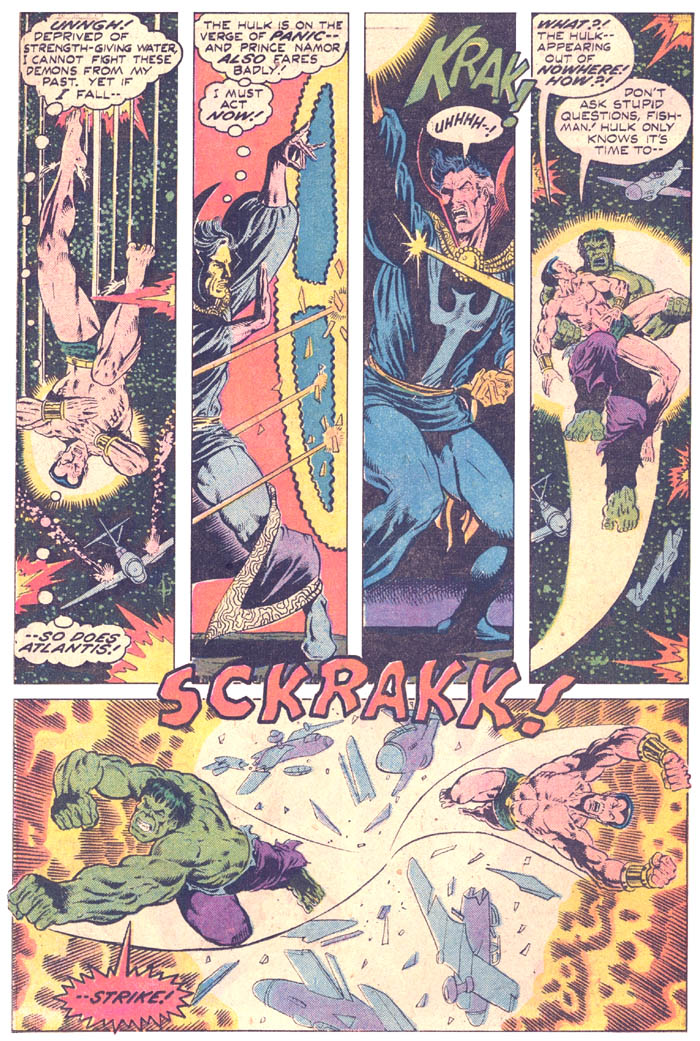 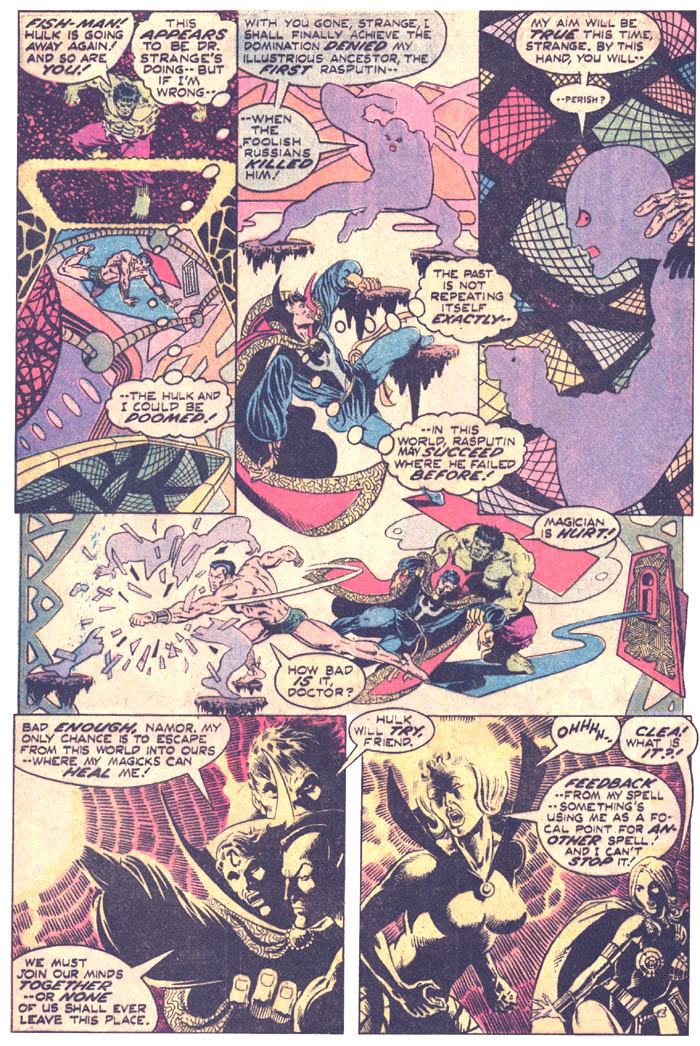 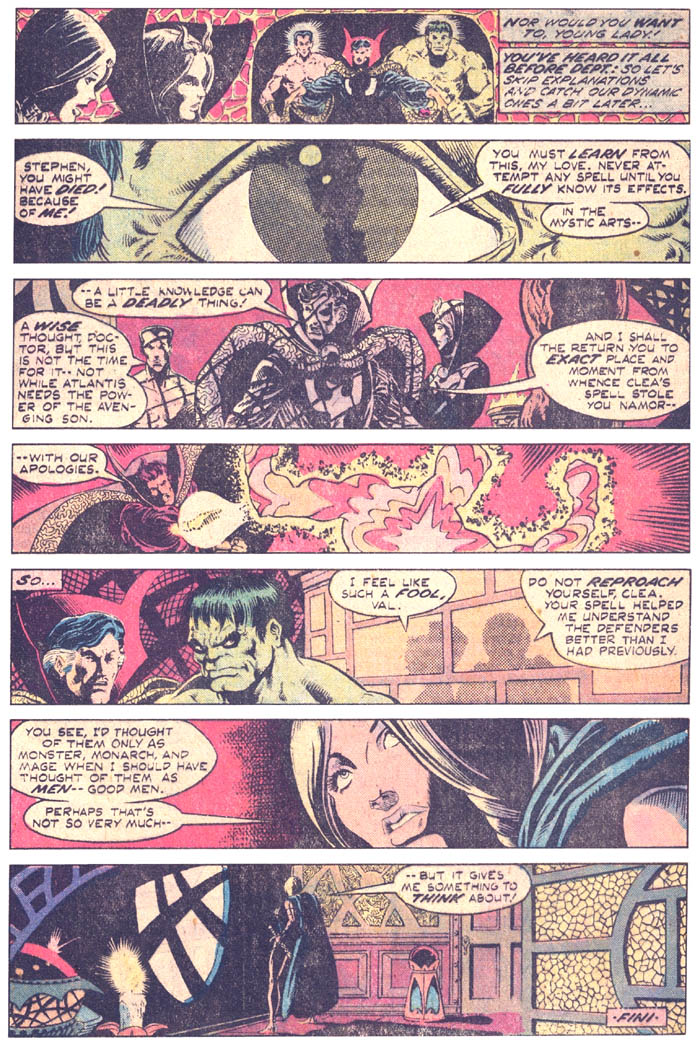 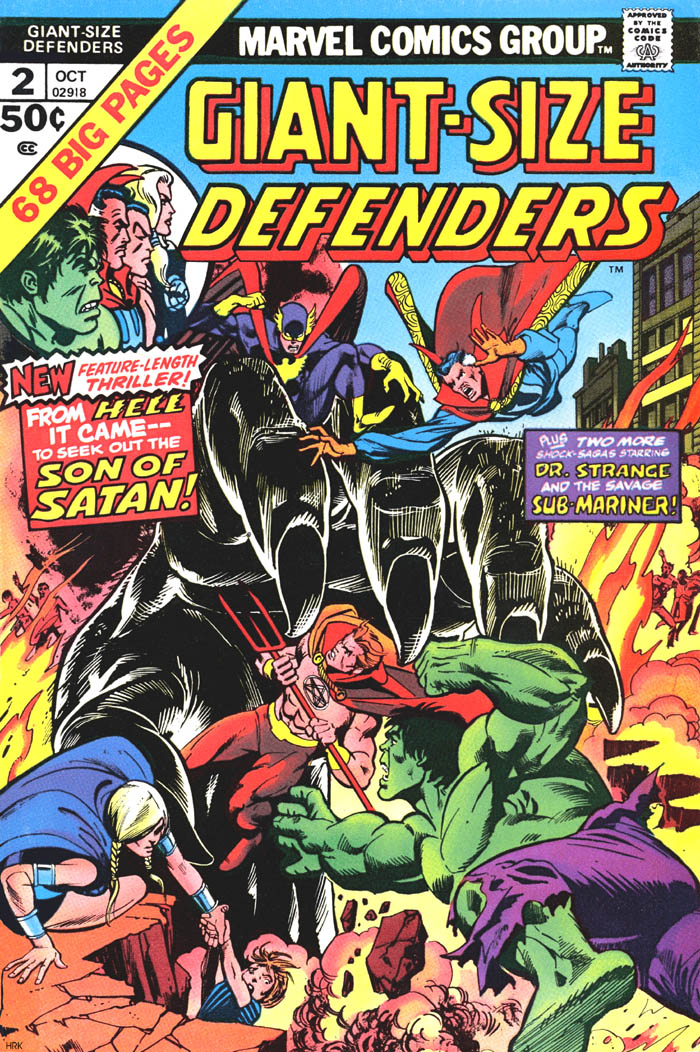 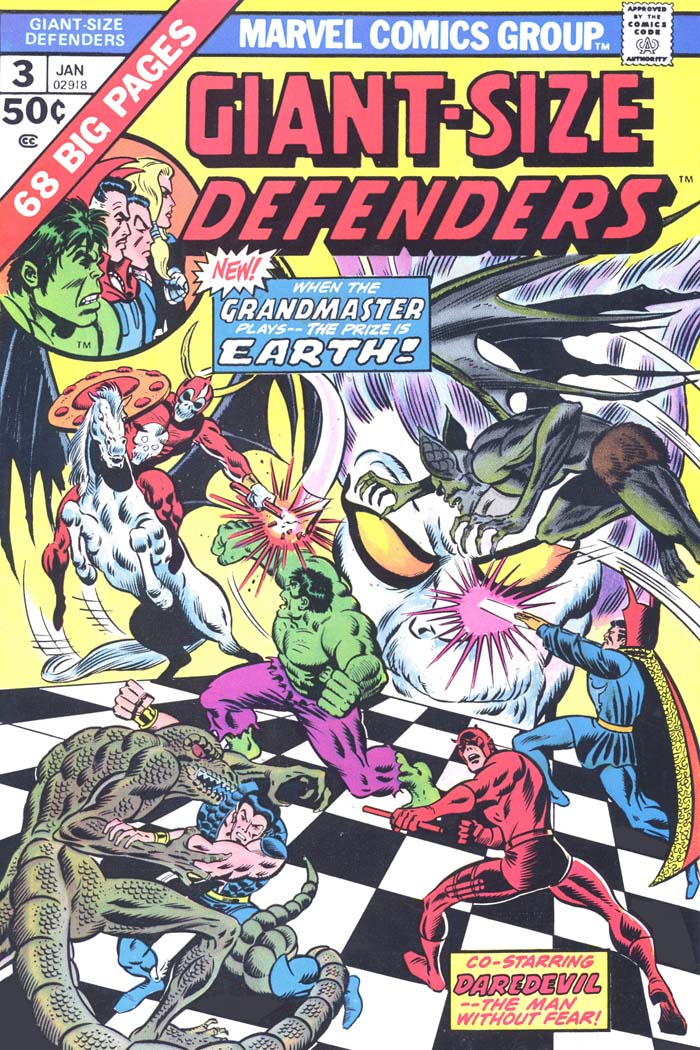 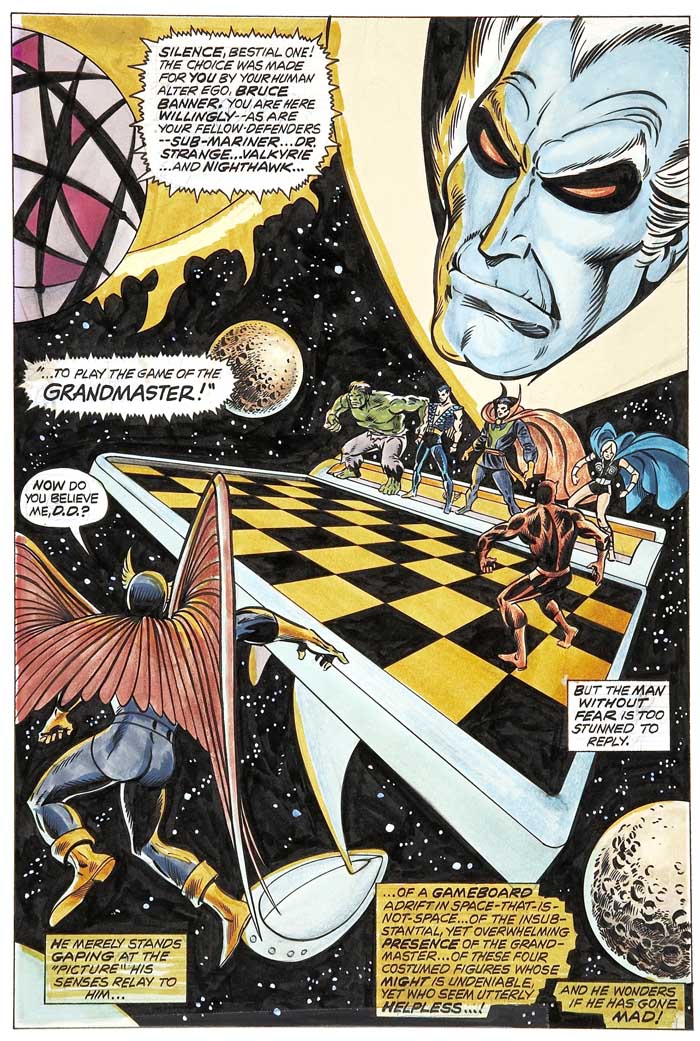 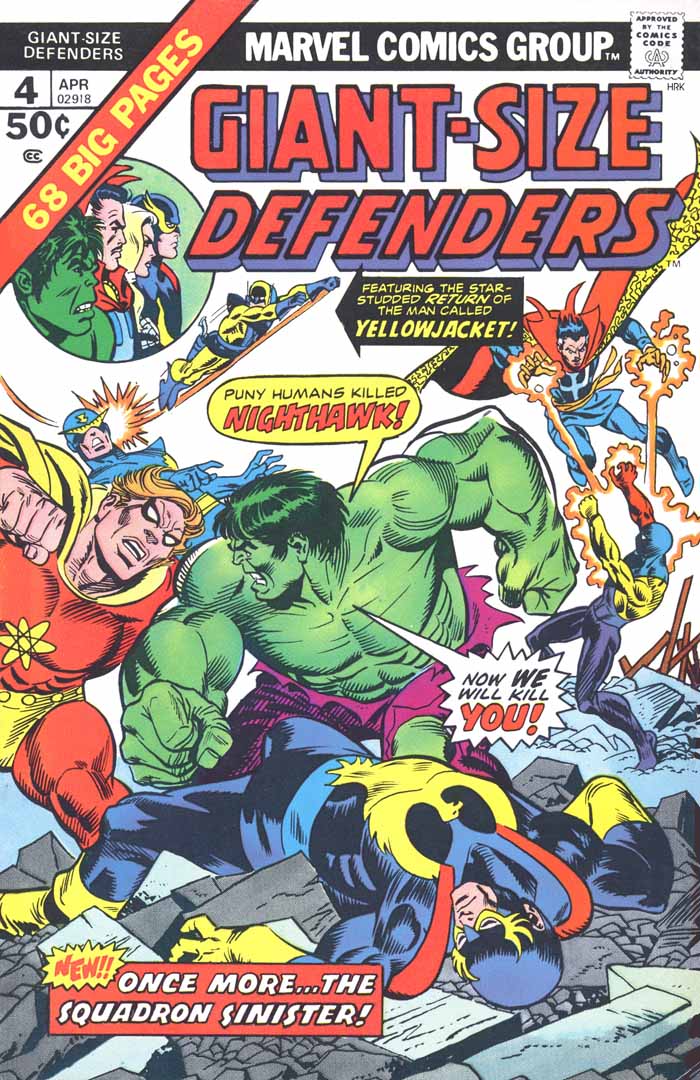 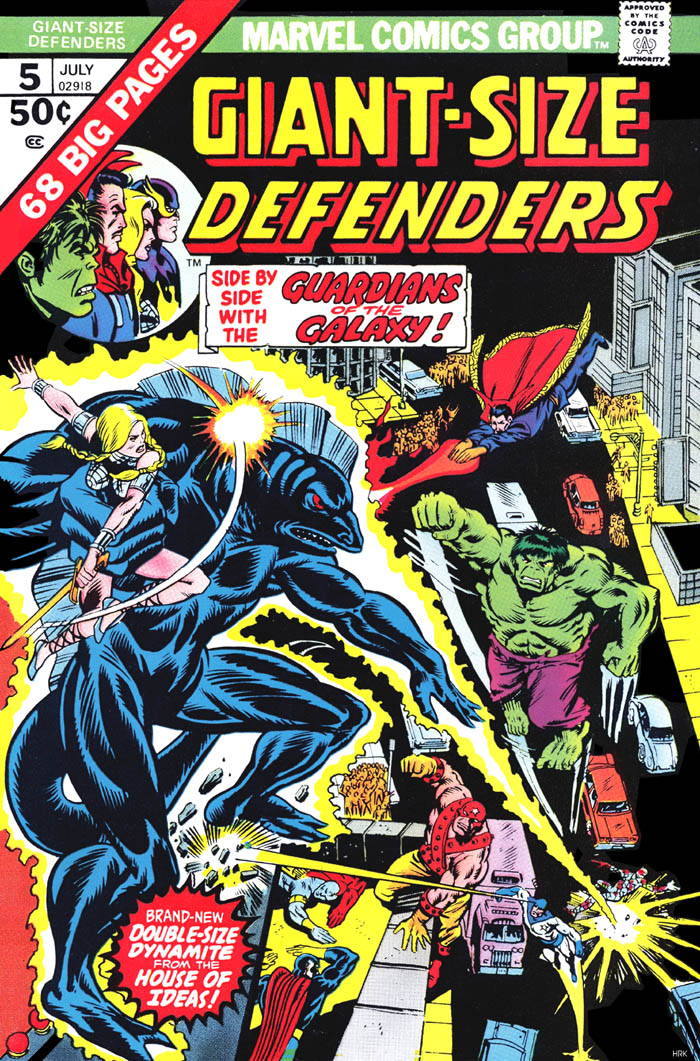