Editorial Novaro is a publisher based in Mexico City.  Begining in the 1950s, their output has included reprints of American comics.  For "fiscal reasons" they had subdivisions, EMSA (Ediciones Modernas), SEA (Sociedad Editora America), and for many years were the single largest comics publisher in Latin America.

In the 1970s, the demand for American comics was so high in Latin American countries and Spain, that local talent was recruited to create new adventures never seen in America!

Since 1985, they decided to drop out of comics to focus on other publishing areas, including free textbooks to Mexico's education system, which are printed in the millions, because they are distributed on several continents.

As of 8-27-2017, I have not been able to determine who the writer or artist were on this book.  Any help in that area would be appreciated!

As I processed this comic, I was surprised to find than embedded in its narrative was the 1st comics adaptation of Poe's satire on the mental health industry...

"THE SYSTEM OF DOCTOR TARR AND PROFESSOR FETHER".

While most of the comic required no research to translate into English, the part that was adaptated from Poe's short story required I reference the original text, as some of what was kicked out of Google Translate made no obvious sense.  This has become quite normal for this project. 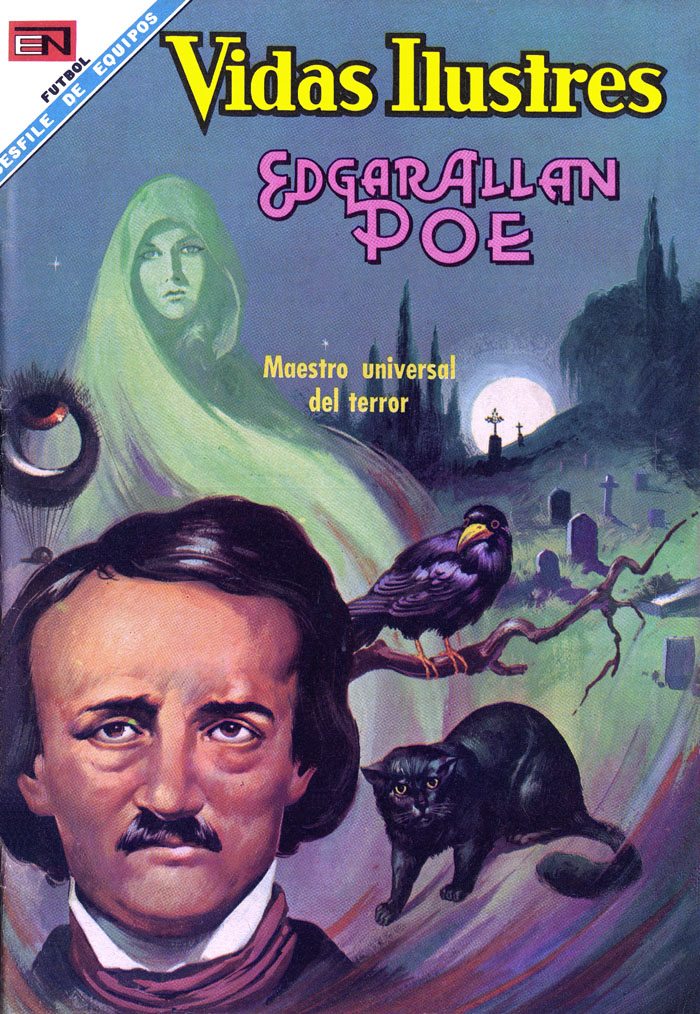 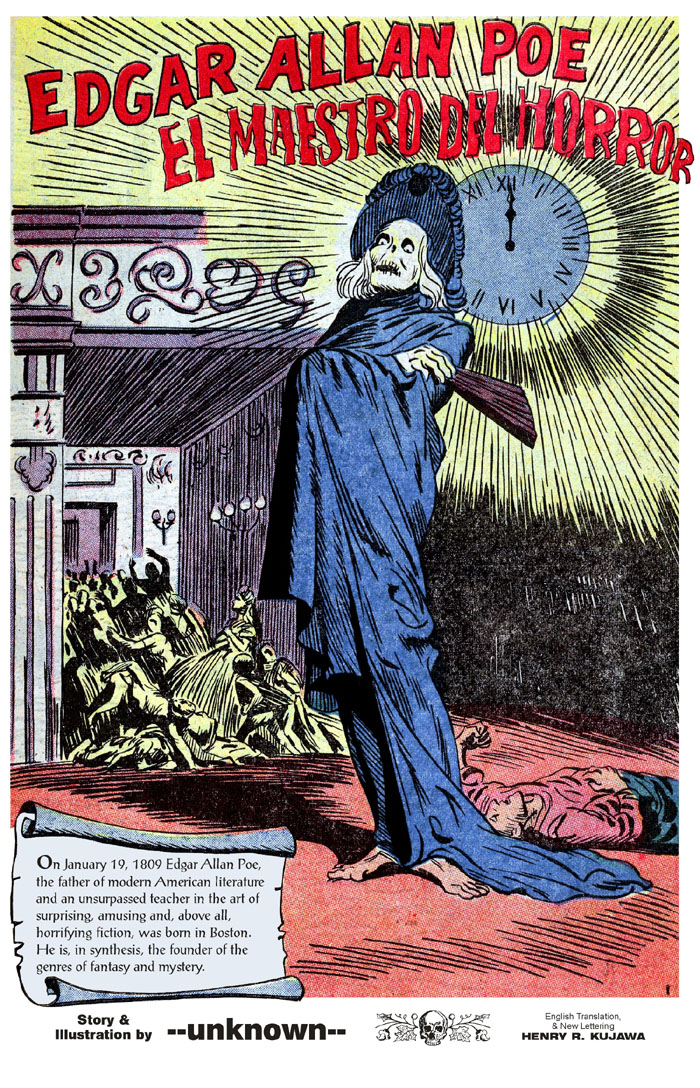 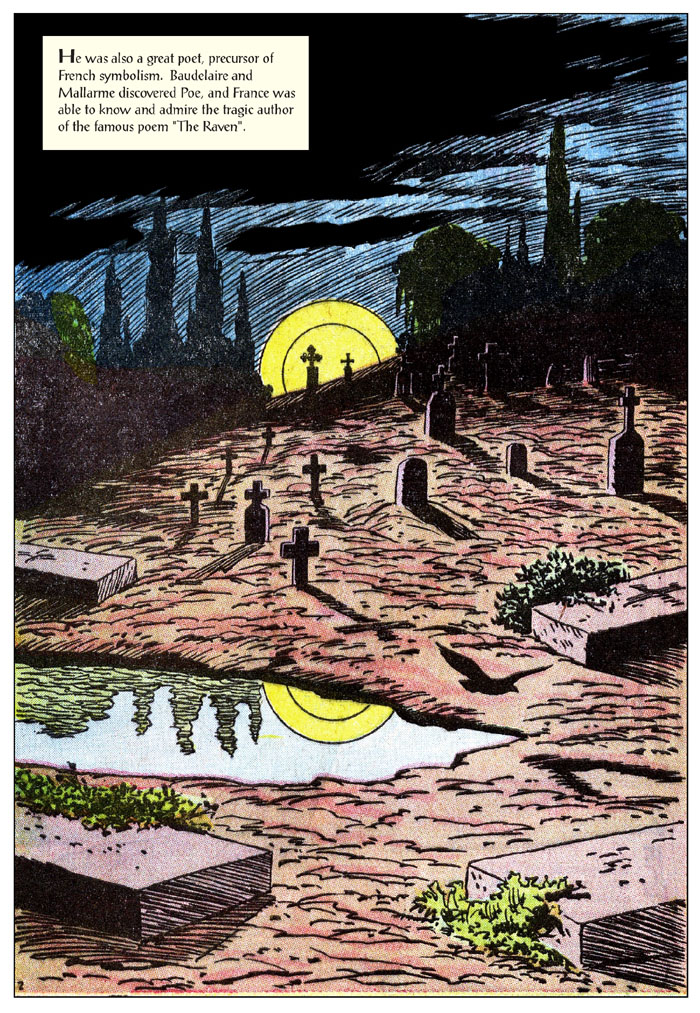 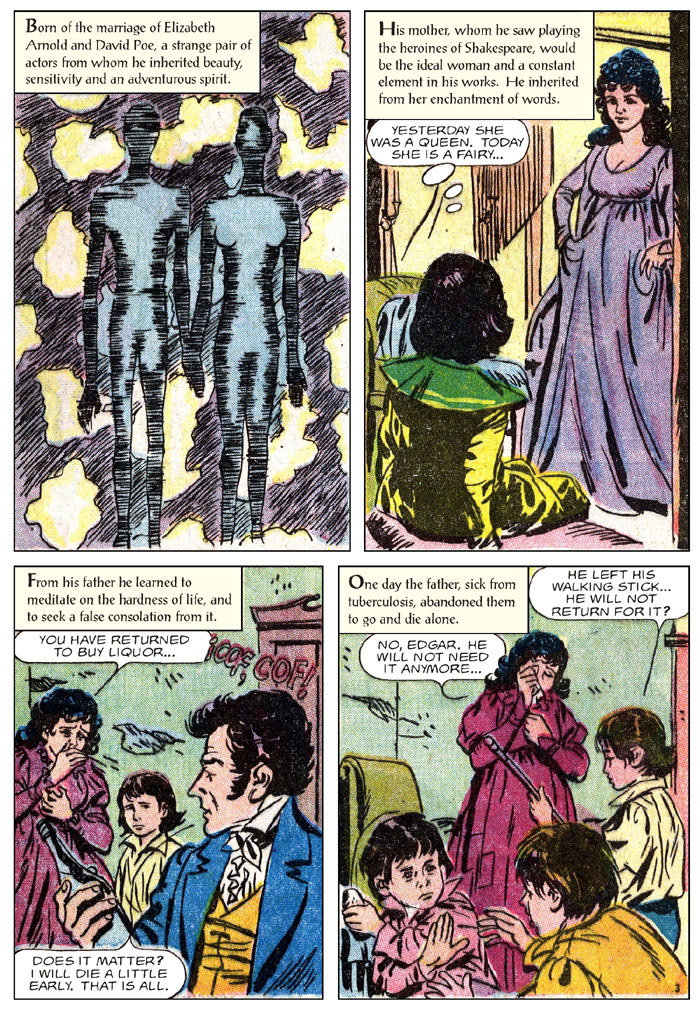 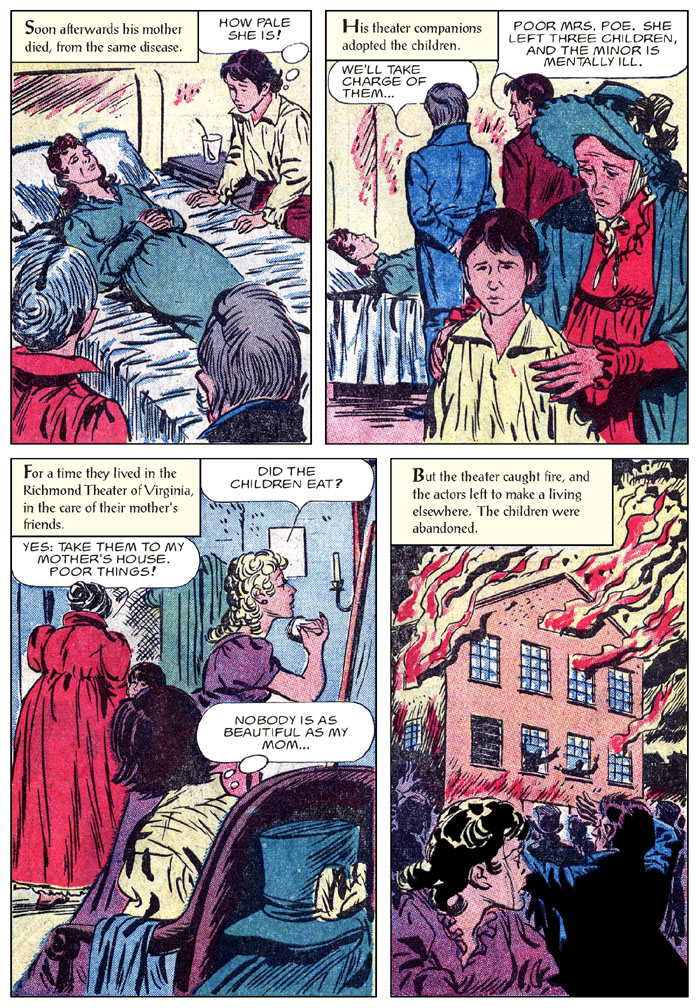 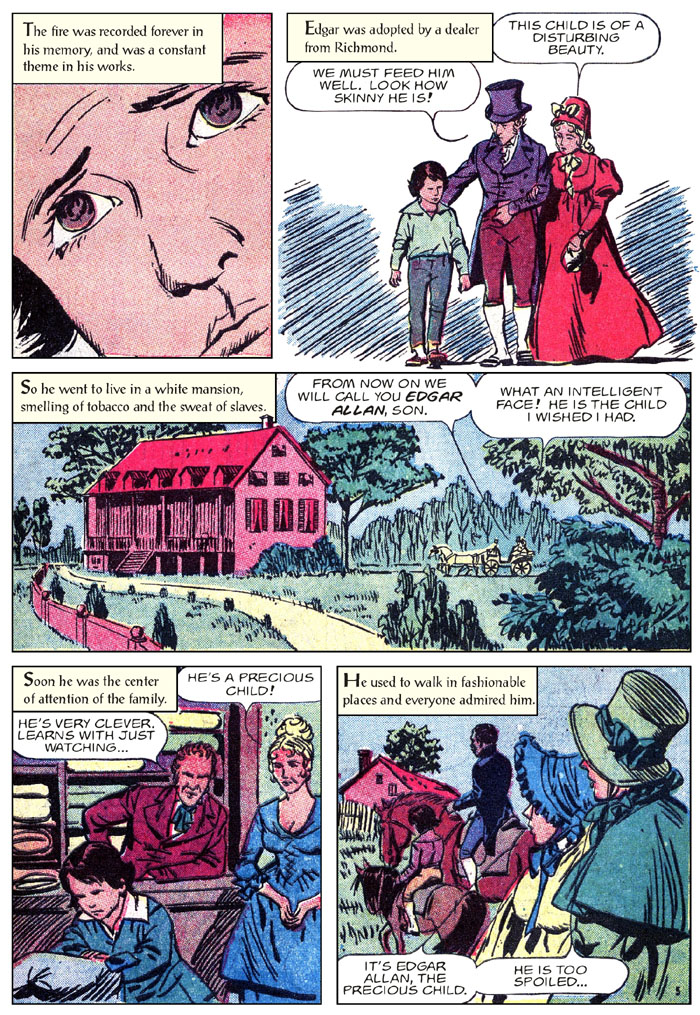 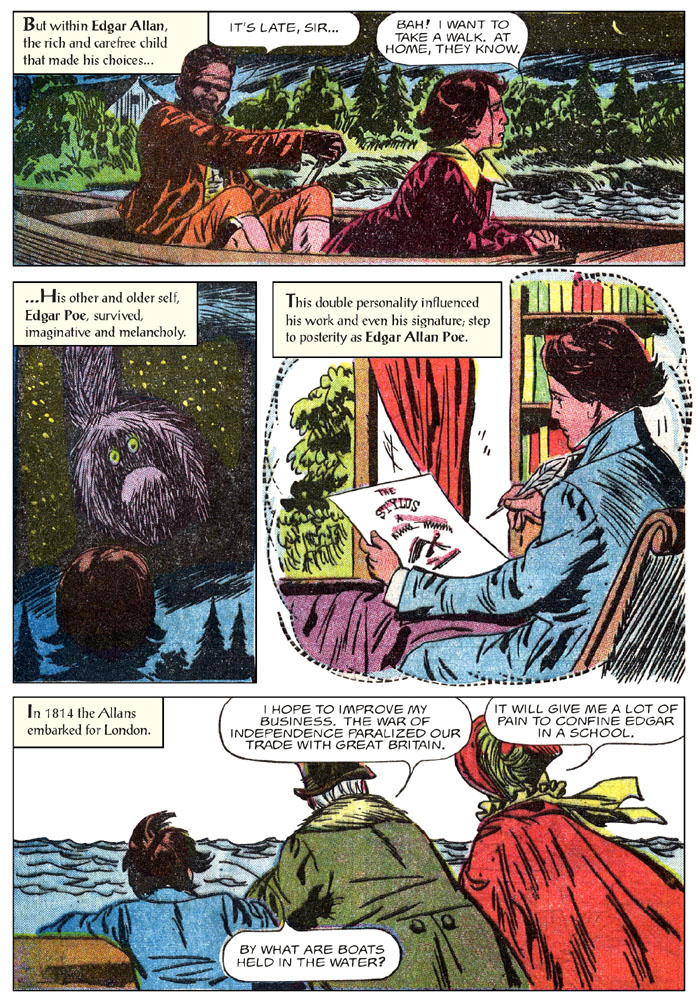 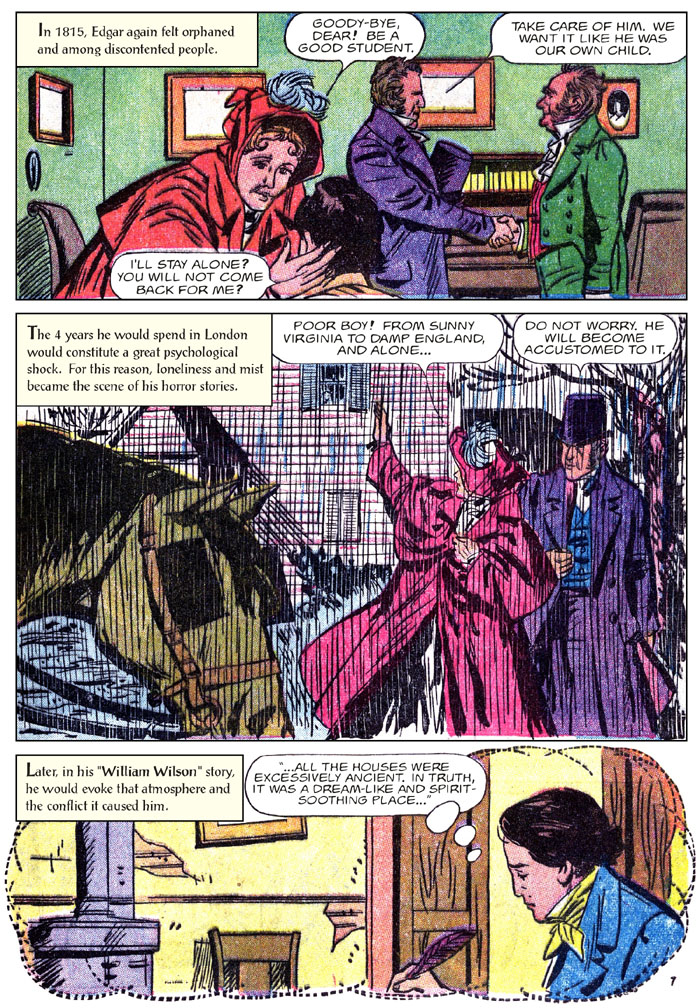 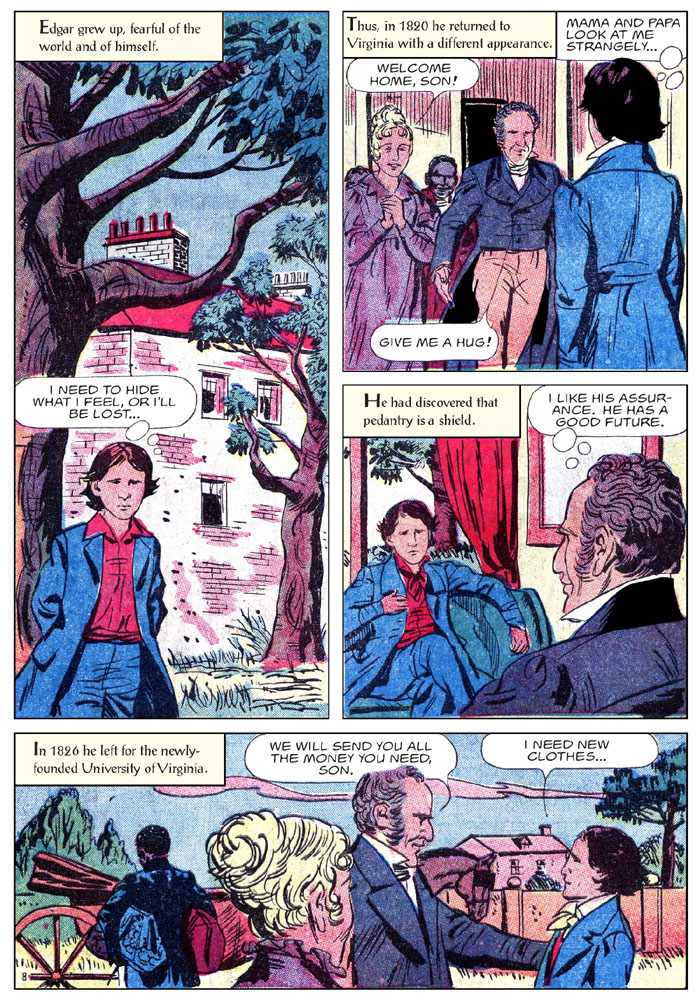 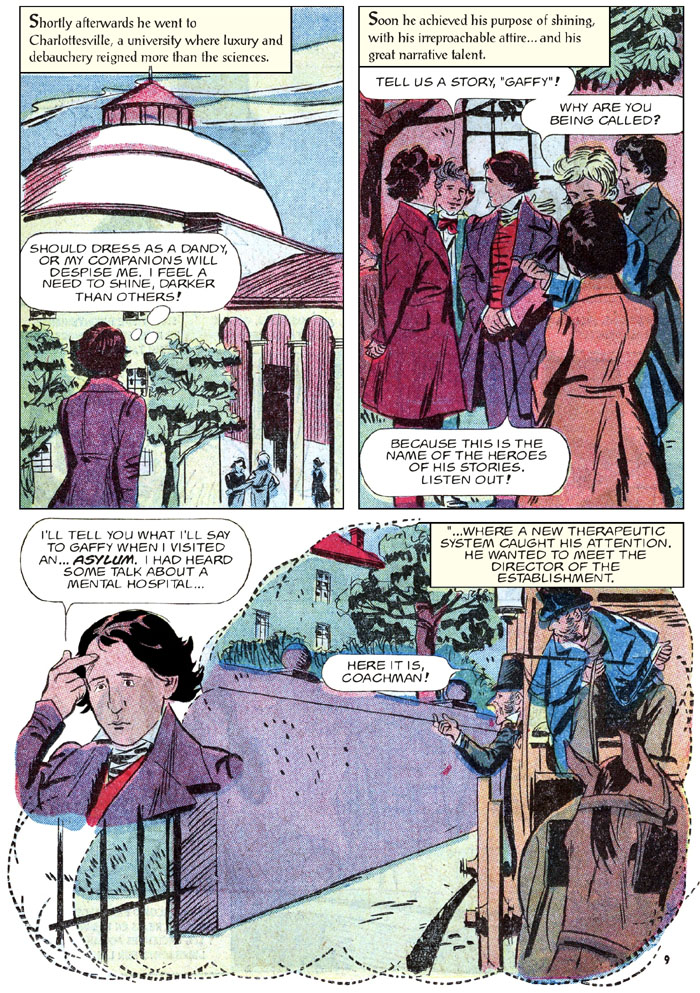 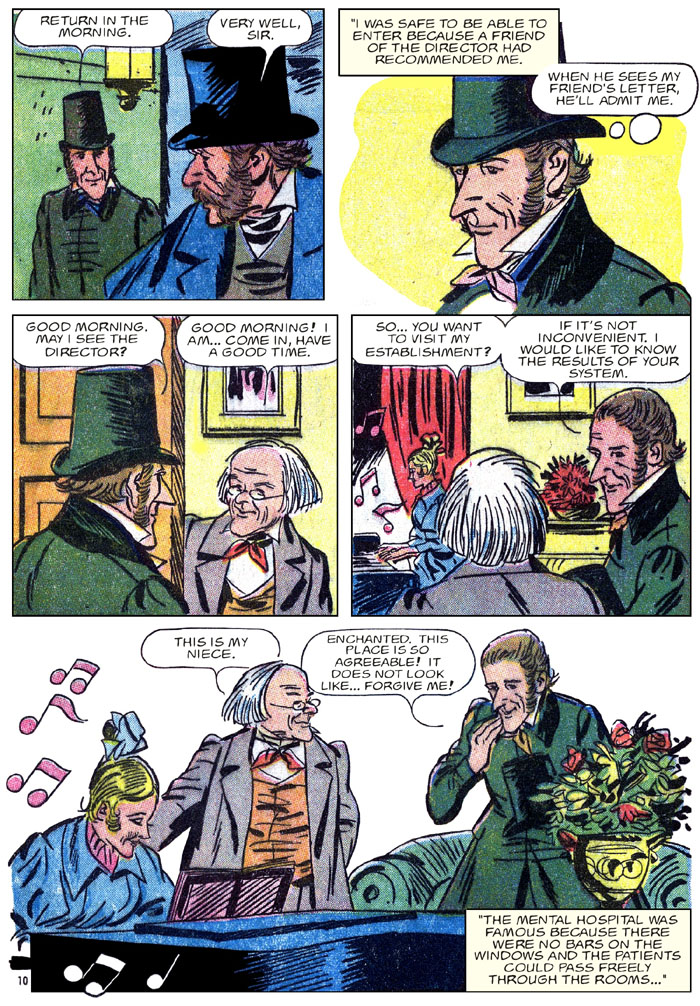 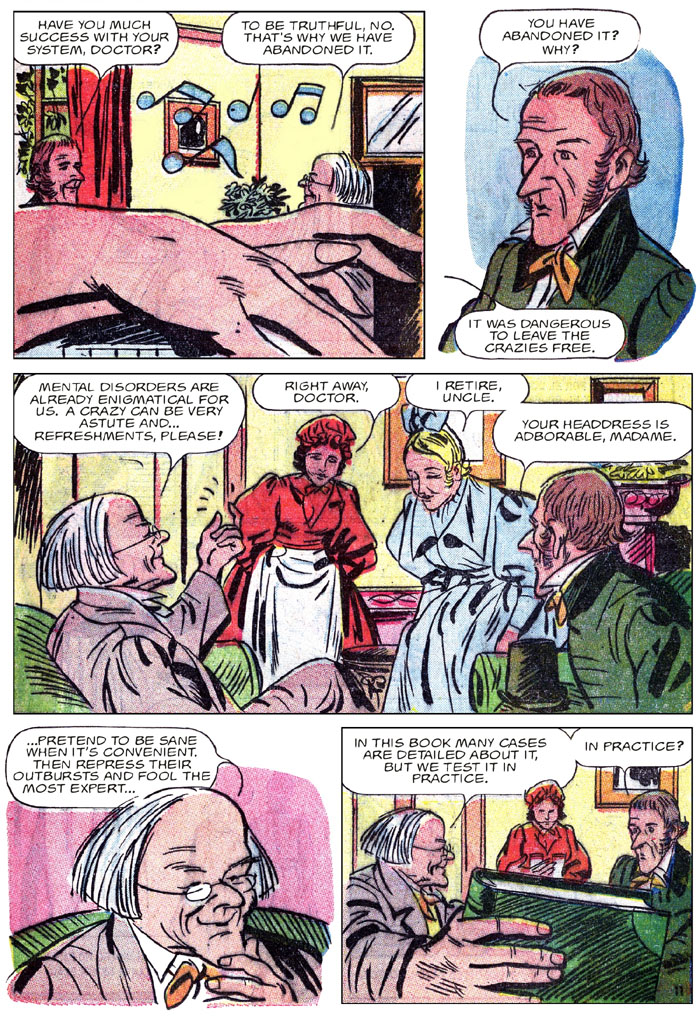 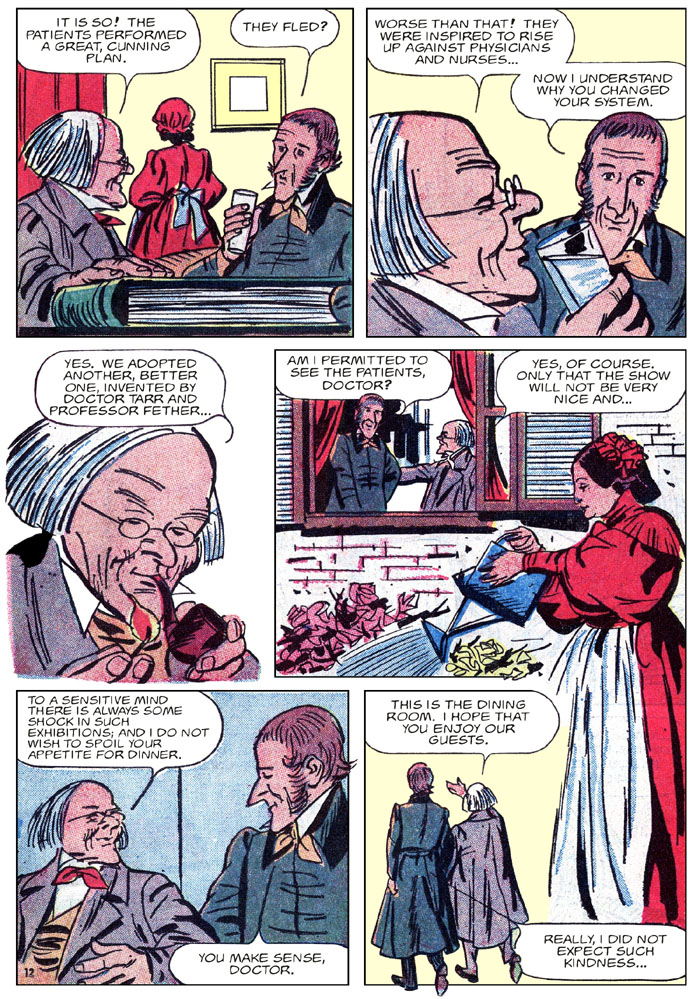 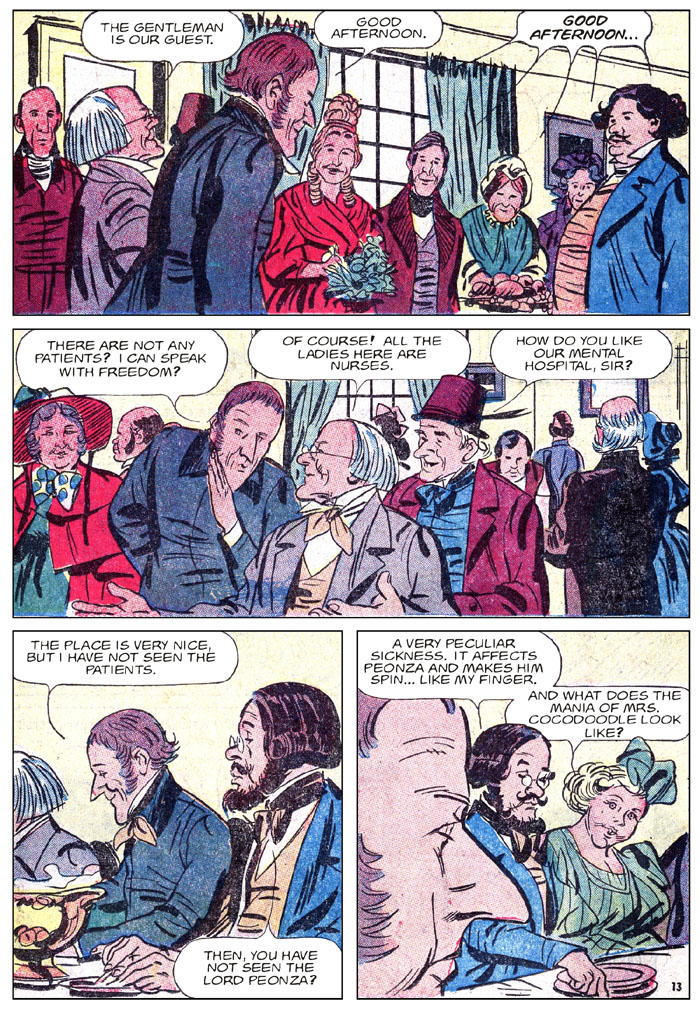 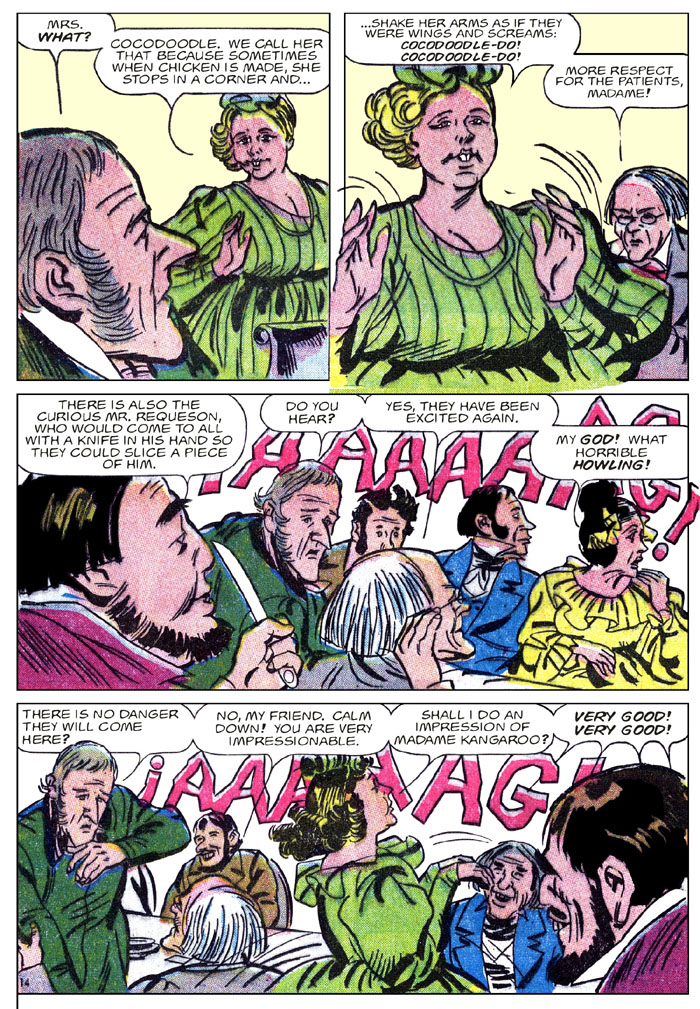 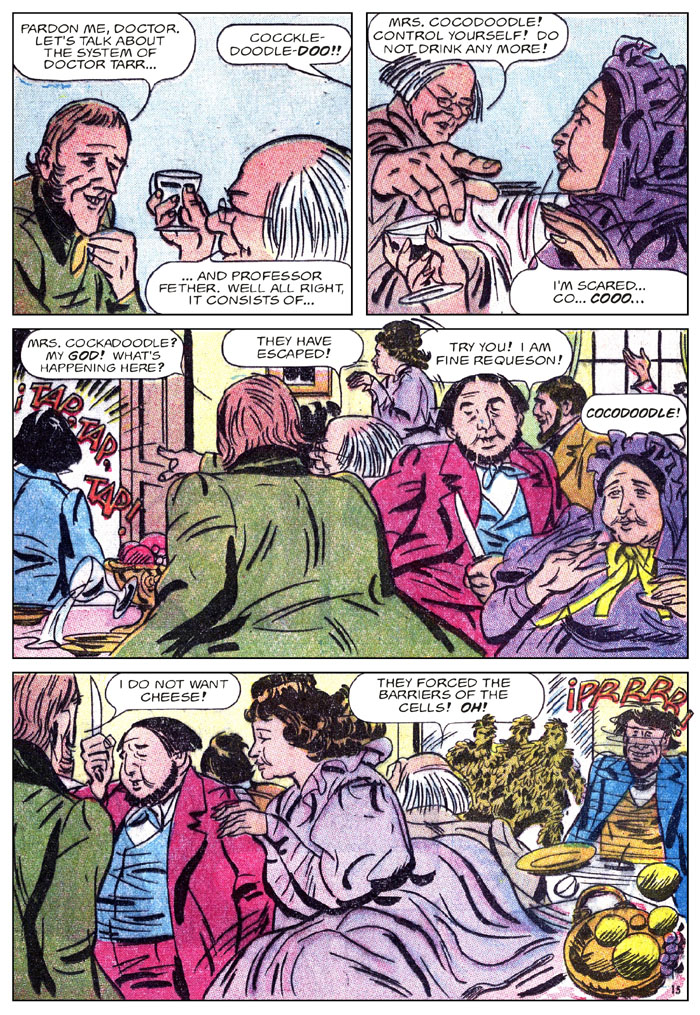 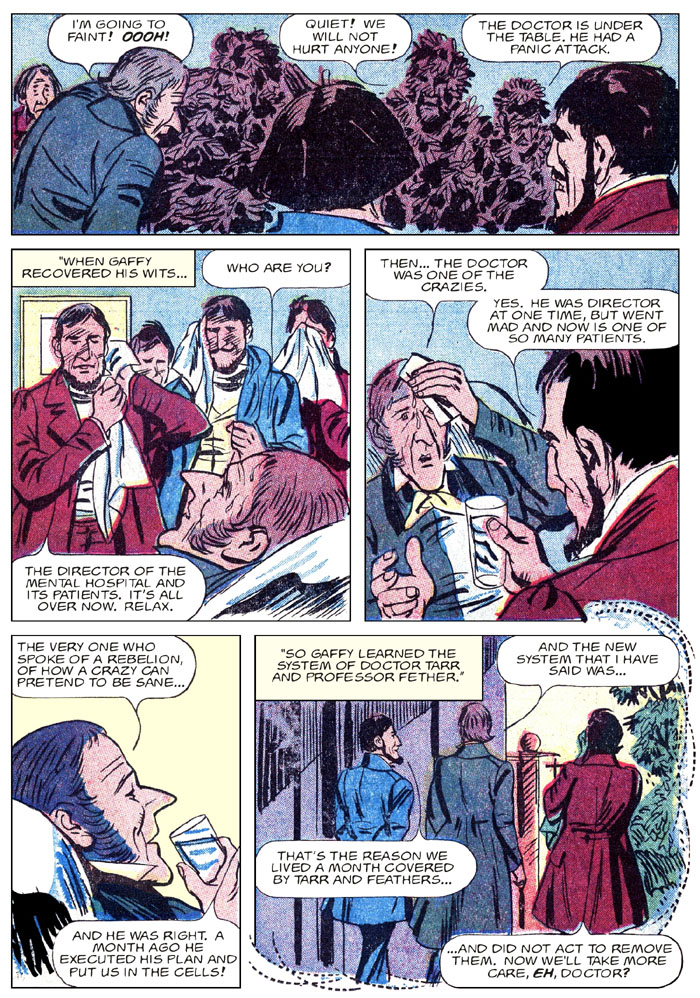 Scans of VIDAS ILUSTRES #195
from MY collection!
with special thanks to Gustavo Daniel Iglesias