The newest chronological retelling of the Biblical stories begun with the March 1963 installment continued with the stories of "Abraham", "Isaac", "Jacob", "Joseph", "Moses"... and, of course, "The Nativity".

It strikes me that at the rate they kept going back to the beginning of The Old Testament, it looked like they weren't EVER going to get around to telling the story of "Jesus" (The New Testament). Perhaps Al Stenzel was Jewish?  (It seems a fair question.)

I hope no one minds a bit of editorializing on my part here.  I have serious problems with the first 3 episodes this year.  For one, I wonder what kind of god insists on almost making his most loyal servant KILL his only son, just to prove he "fears" him? A friend of mine at work once said, "People who don't trust aren't trustworthy." Further, why on Earth does Jacob coerce his hard-working brother Esau to SELL him his birthright, just because the guy was starving at one point?

Perhaps worse, later on, Jacob AND his mother both conspire together to lie to his father (her husband), on the man's deathbed, so that Jacob will get what rightfully should have been Esau's? I know this are very brief, trimmed-down retellings of these stories, but it sure seems to me there must be something very important missing in each case that I'm just not getting.  Otherwise, it strikes me as just unconscionably rotten behavior. And frankly, with the stories told the way they are here, it would seem they're approving of it.

If one views The Bible as "morality plays", then we should see a point to such awful behavior, that it comes at a terrible cost. Otherwise, what is it teaching anyone who reads them? This was the EXACT complaint lodged at "Crime" comics in the 1950's, that many of them simply portrayed crimes and glorified being a criminal (the very thing director Howard Hawks complained about certain "Pre-Code" films when he made his own film SCARFACE all the way back in 1932). By comparison, if one checks out any "Crime" comics done by Jack Kirby in the late 40's-early 50's, EVERY single one of them shows the criminals coming to a BAD ending. EVERY one.


On the other hand... this new version of "Joseph In Egypt" DOES contain one very important detail the previous several versions were missing. That being, the reason the Captain of the guard's wife LIED to her husband about Joseph and had him thrown in prison, was because she had the HOTS for Joseph and wanted to cheat on her husband with him.  When Joseph refused to betray the man who'd put his trust in him (and commit ADULTERY), she got pissed at his rejection. Boy, that's a really terrific wife that guy had.  (He said, sarcastically.)

Come to think of it, there was a plot twist JUST like that in I AM A FUGITIVE FROM A CHAIN GANG.  A woman falls for Paul Muni, but when he refuses to marry her, she turns him in to the cops! Boy, that really did HER some good, didn't it?  (He said, sarcastically.) 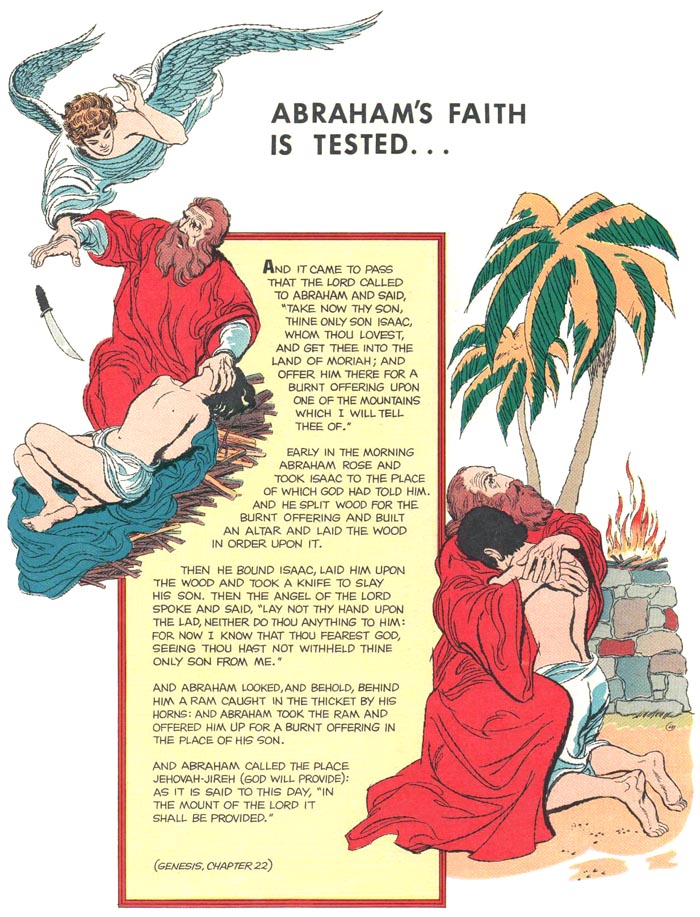 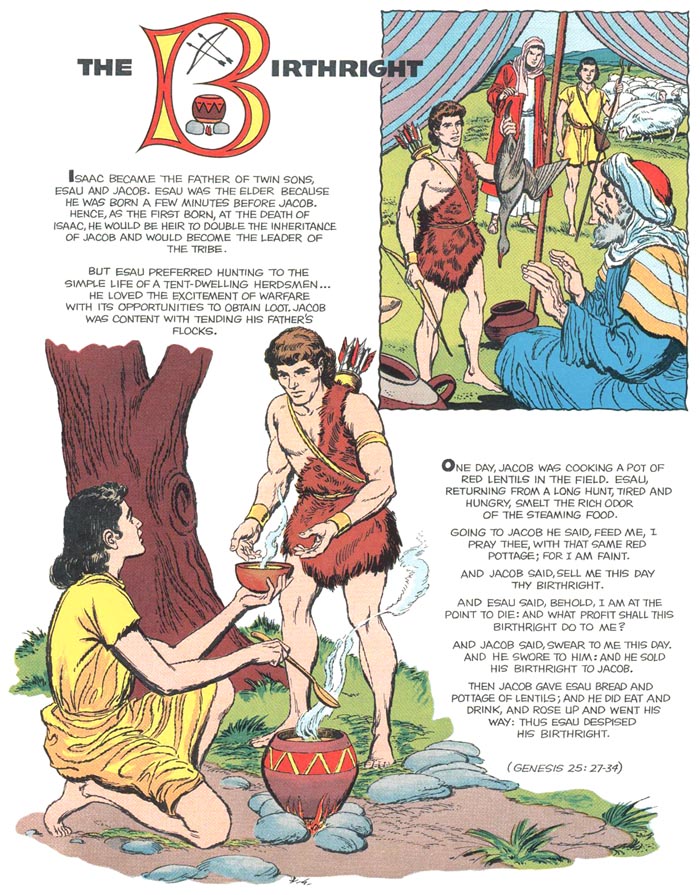 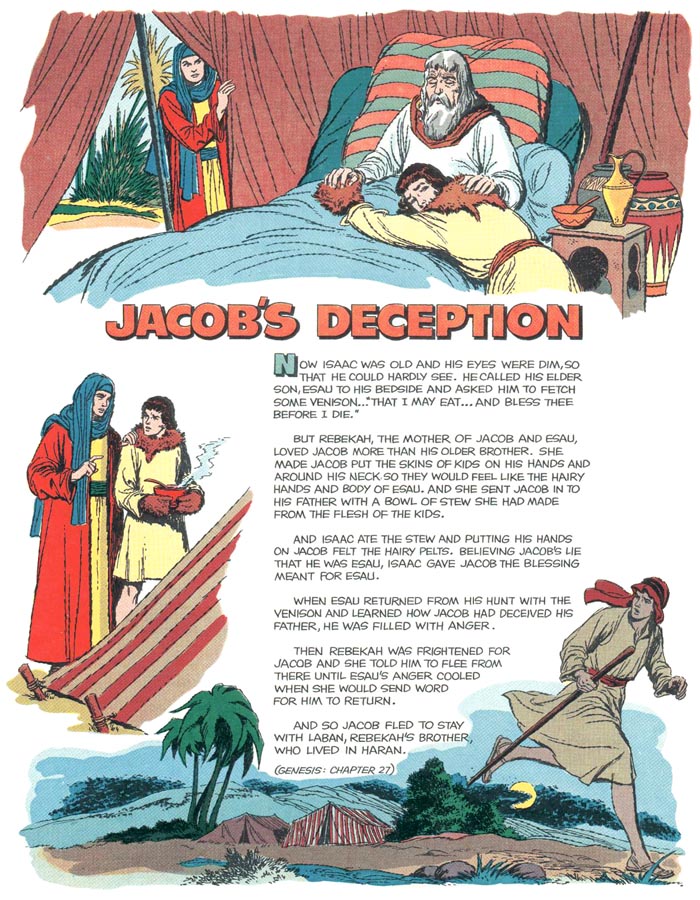 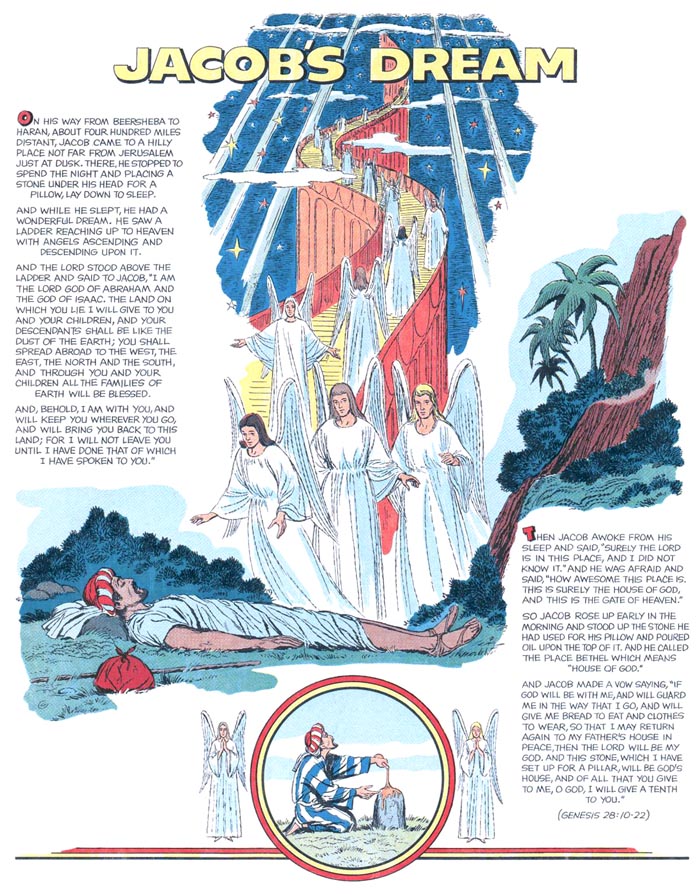 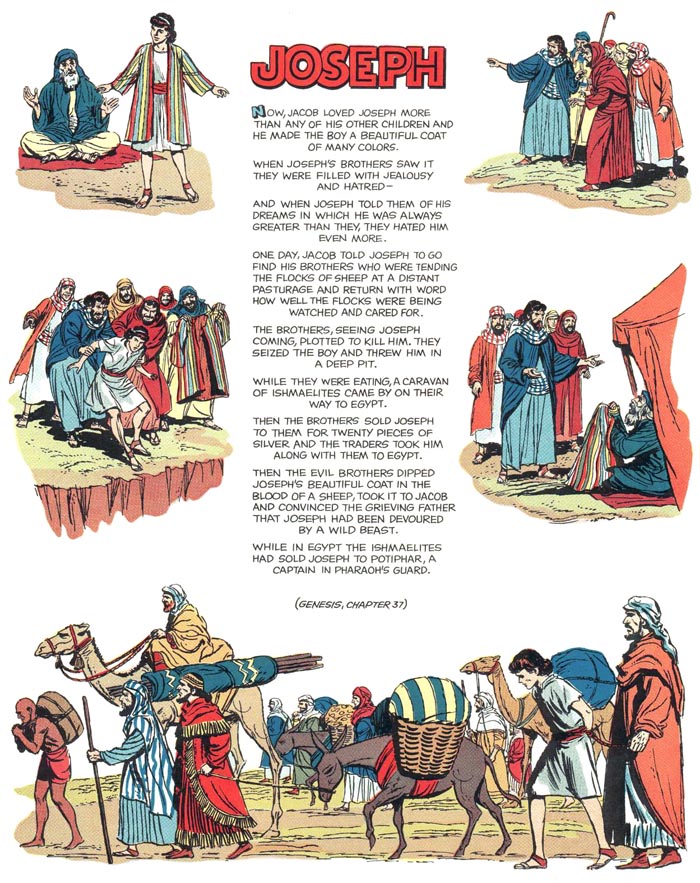 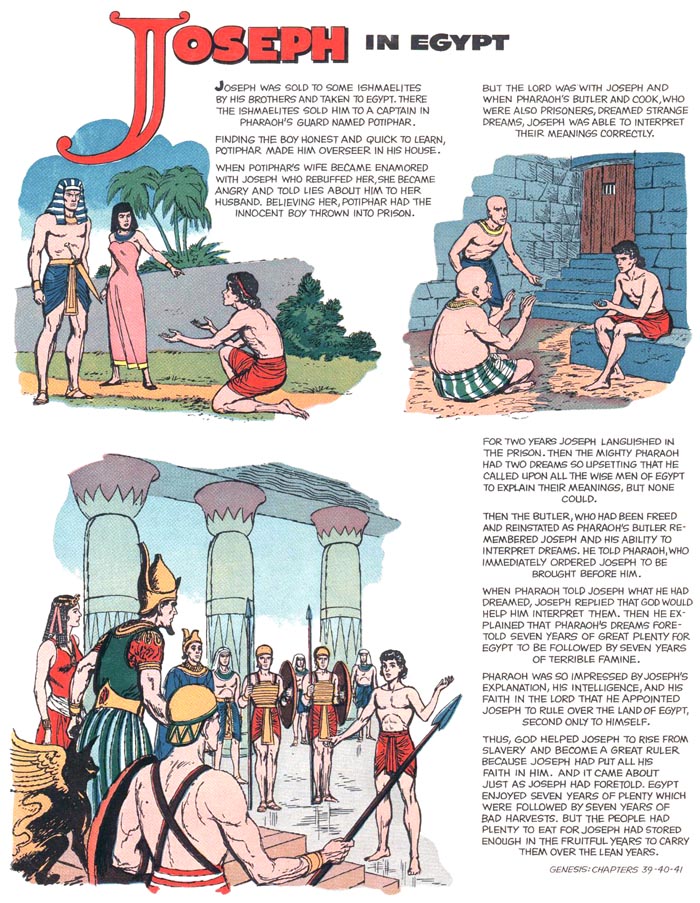 I double-checked.  For 2 months (July & August), there was no
STORIES FROM THE BIBLE feature.  Then, when it came back,
it had been CUT in HALF-- just like SPACE CONQUERORS!
had been around 1959.  Don't you HATE when they do that kind of thing? 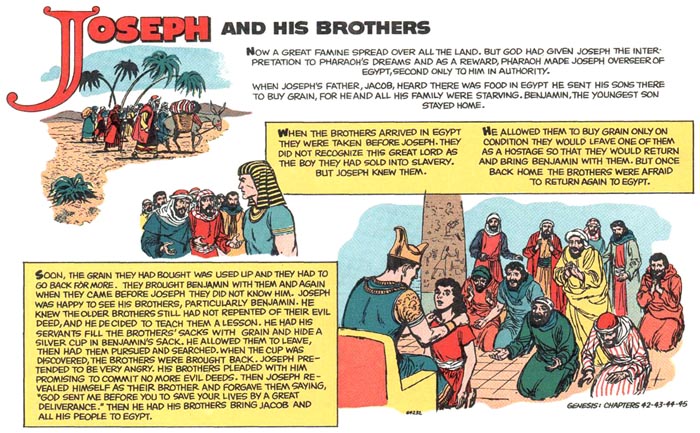 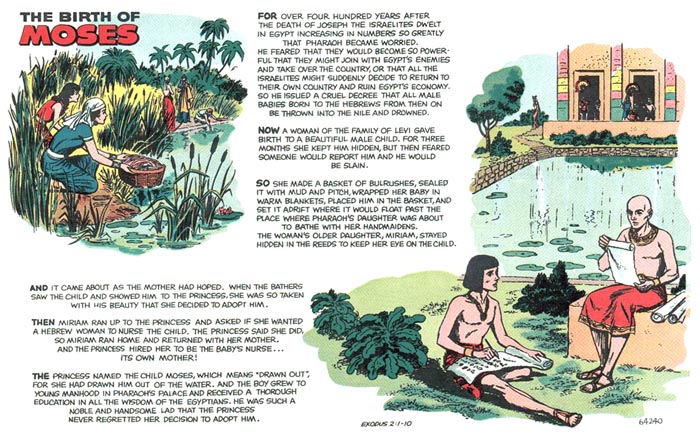 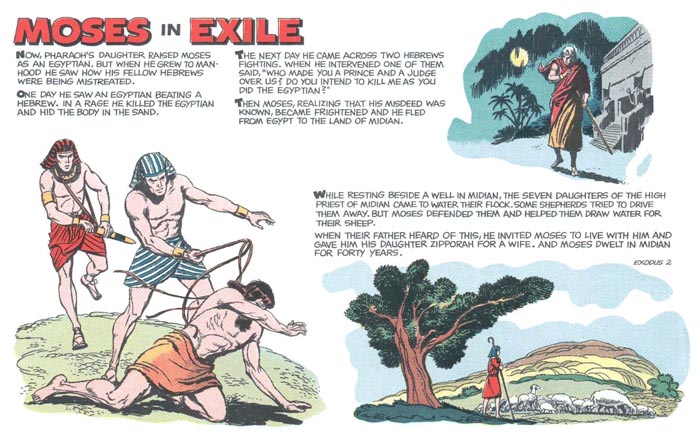 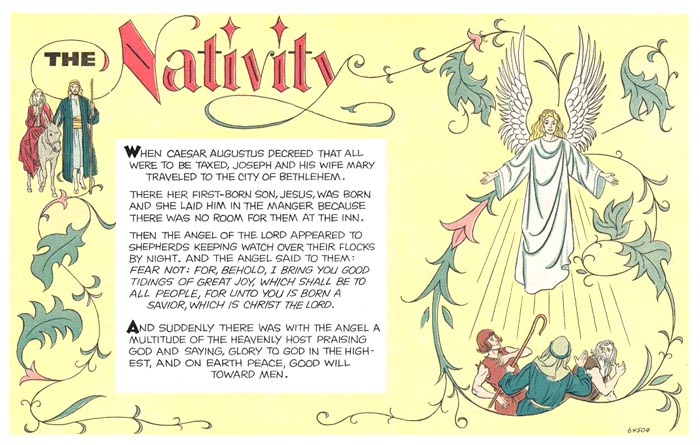