In the 1960's, Jack Kirby created the bulk of the "Marvel Universe".  In the early 1970's, he created several different little corners of DC's "Multiverse".  Apart from the "Fourth World" books and THE DEMON, none of the rest were ever really intended to part of "Earth-1". Later editors & writers would try to change this, although most of what they strove for would wind up getting cast aside in the wake of CRISIS ON INFINITE EARTHS in 1986 and the "New DC Universe" that followed.

For the purposes of this project, I plan to continue on past the point where Jack Kirby left DC to return to Marvel, and include, if I can, every single book that featured Jack's early-70's creations.  Some of these, as done by other people, were pretty dire.  If I can stand it, I'll try to do my best on the covers, anyway!

We start this page with the FINAL Jack Kirby cover at DC in the 70's.
Why, WHY did it take them 5 whole years before finally teaming up
Kirby with Wally Wood? 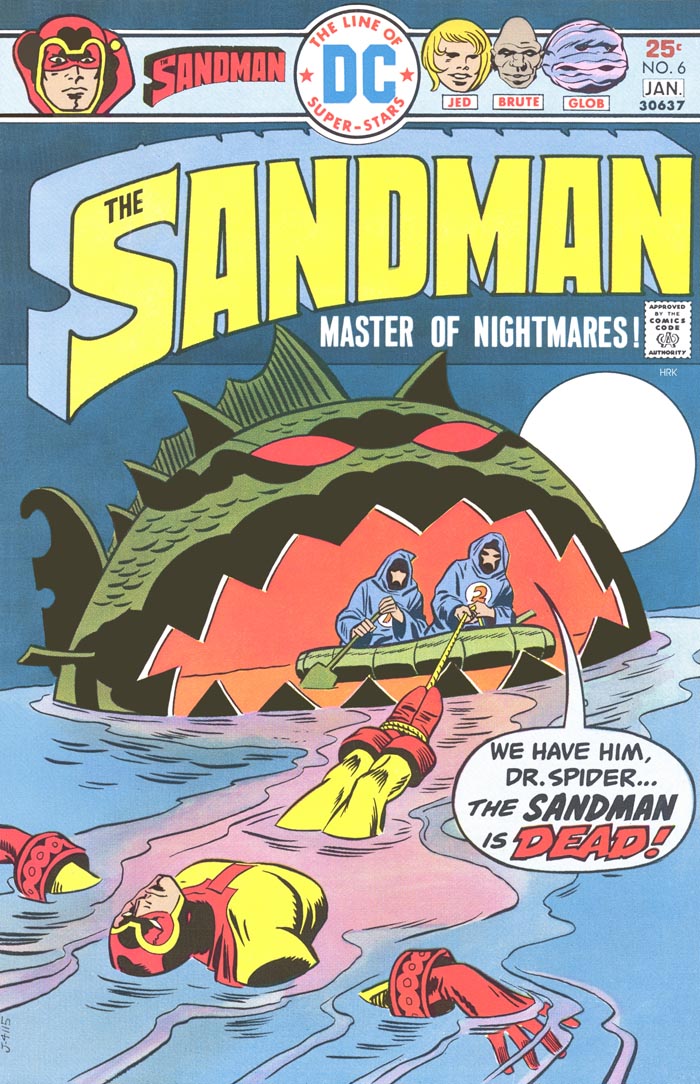 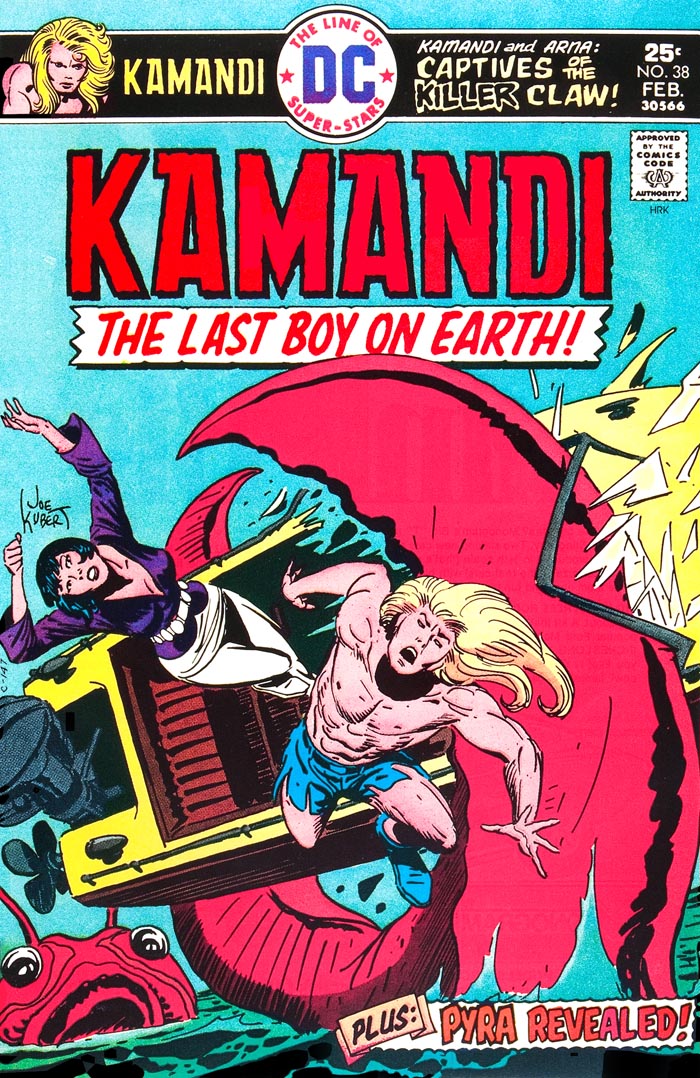 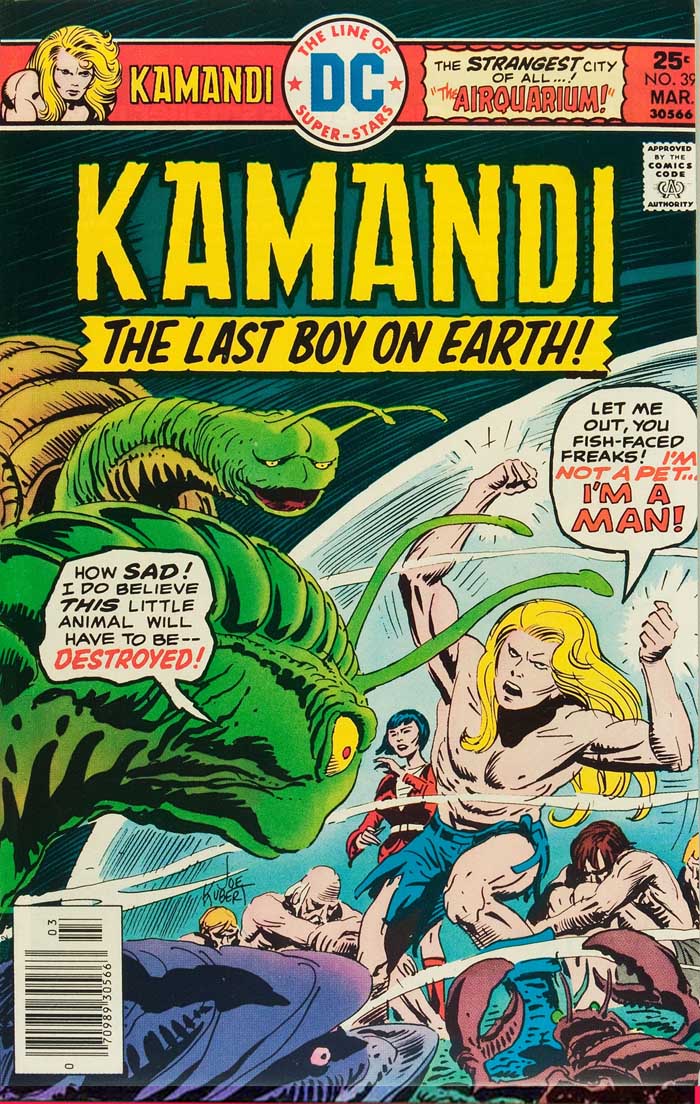 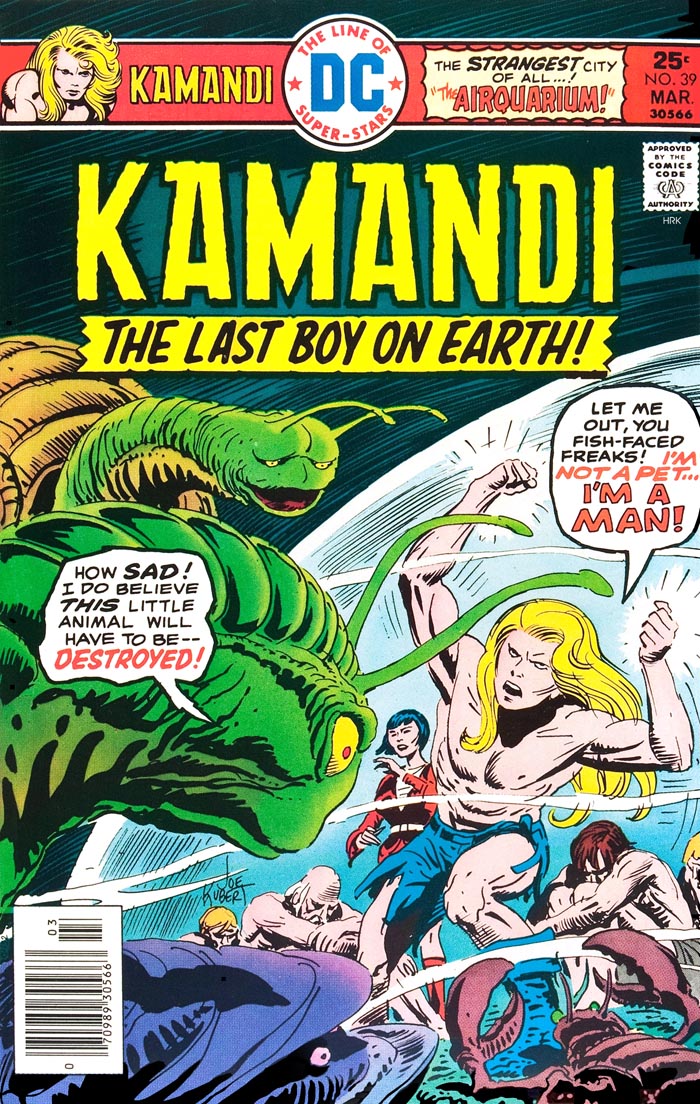 And now, we come to the LAST of Jack Kirby's new series to see the light of day at DC.  It's also the last of his new books to see the light of day at DC.  KING KOBRA was no doubt intended as an update on DR. FU MANCHU, the evil Asian scientist-criminal mastermind, who was forever being chased by his Scotland Yard nemesis, Sir Dennis Nayland Smith, and which was proving so successful for Marvel's MASTER OF KUNG FU series.  Like MOKF, Kirby's version would take place in the modern day, and in an interesting twist, the book's hero and villain would be twin brothers!  (Perhaps this was meant as a variation of MOKF's villain & hero being father & son?)

However, before it was published, the concept was seriously tampered with.  It was decided to make the hero a college-age character, completely innocent of the existence of his evil twin, before the start of the story. This meant the villain was also in his early-20's, rather than both having decades of experience and emnity between them. As the first episode was completely finished before this crucial decision was made, artist Pablo Marcos was brought in to REDRAW all the figures of both characters, while writer Martin Pasko completely re-wrote every word of Jack Kirby's dialogue & narration from scratch.

This might have made some sense had Marcos stuck around, or done the cover, but instead, Ernie Chan did the book's first 3 covers, and the interiors went thru a DIFFERENT penciller every issue until Mike Nasser arrived in issue #6.  One wonders WHY this book was even put on the schedule at all under such conditions? The book did not achieve any stability at all until the Paul Levitz took over as editor from Gerry Conway.  Finally, the book's name was shortened to simply KOBRA... despite there already being a Swiss anthology comic of the SAME name that started only a year before. 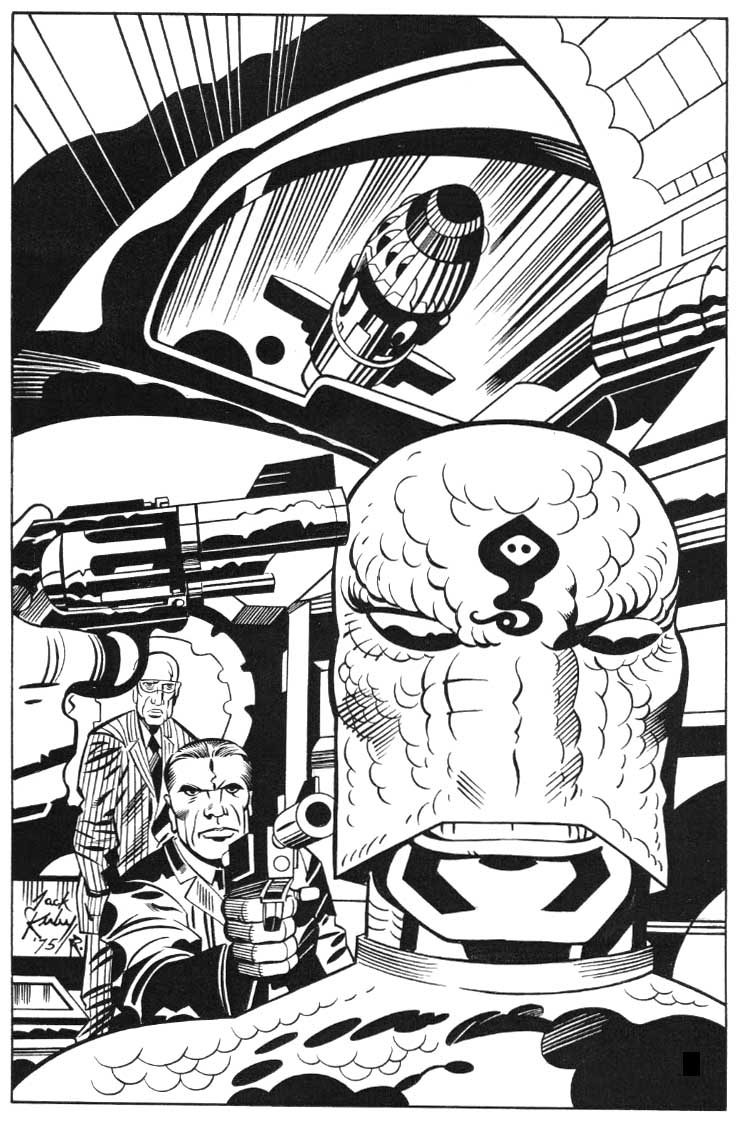 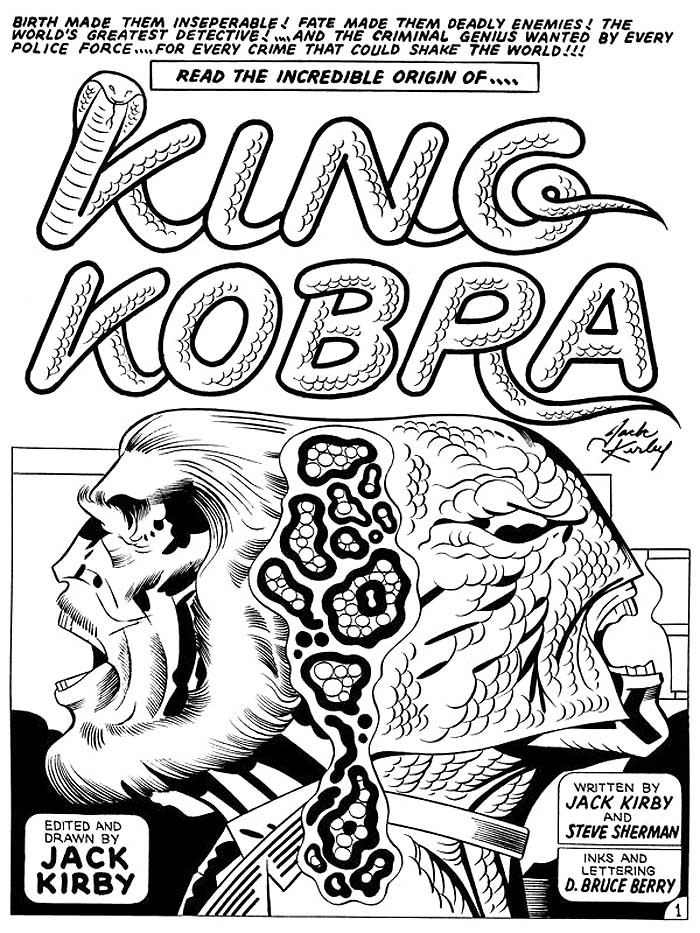 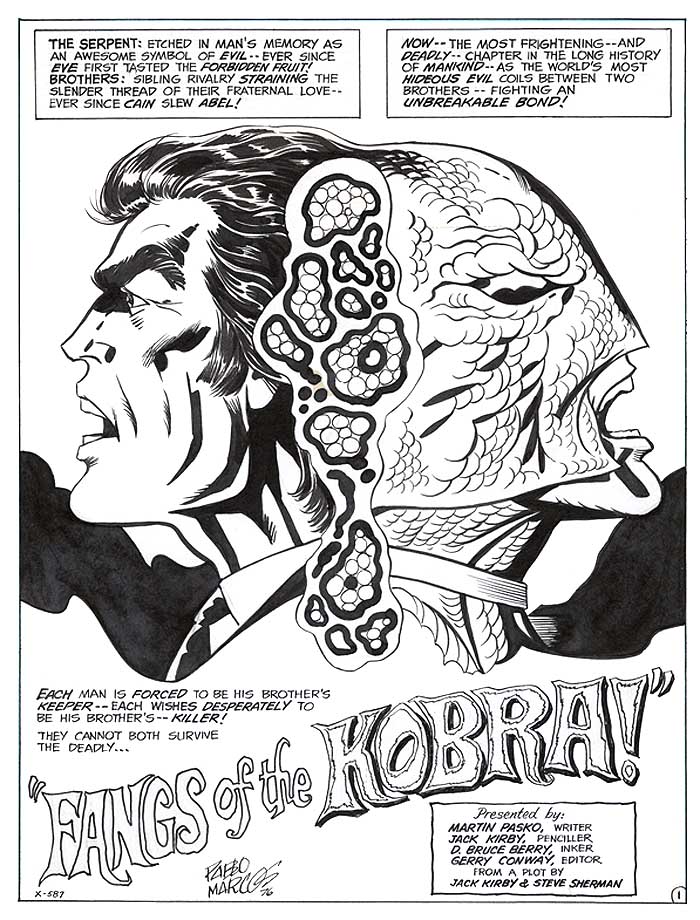 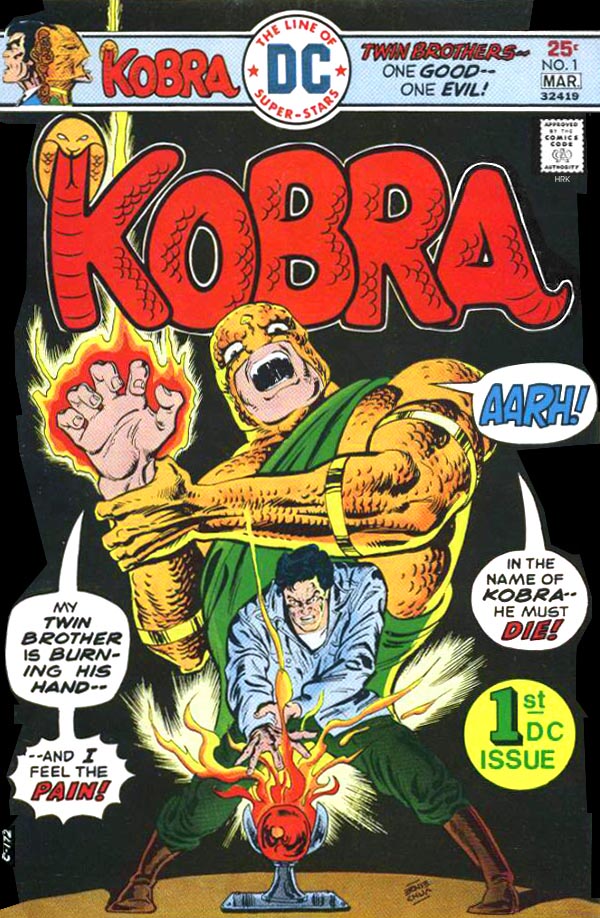 And now, we come to the FINAL Jack Kirby comic of the early-70's DC period. 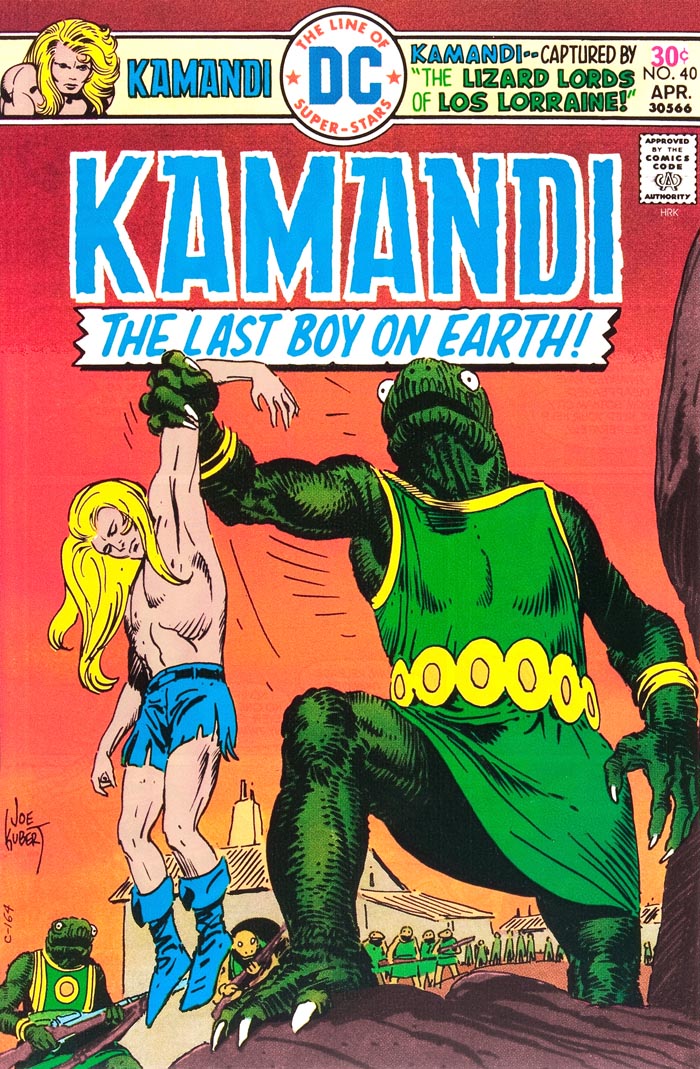 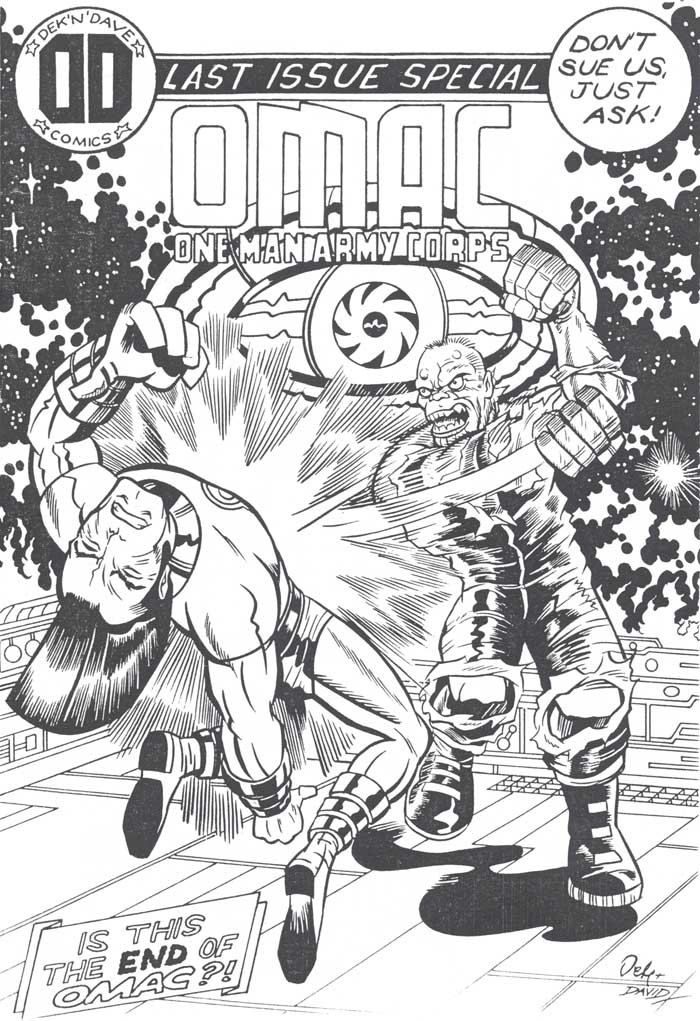 Read the complete OMAC #9 here on this blog!!!!