About 5 years back, I went thru a phase where I really got into "fanzines", specifically the "strip-zines" which features original comics characters. I have virtually none of these in my collection, but thanks to a combination of Gary Carlson's BIG BANG COMICS and Bill Schelly's HAMSTER PRESS reprints, I became rather familiar with some of them.  What I found was a freshness, an excitement, and a genuine sense of FUN that has been missing from most comics put out by "the big two" for too many years.  In a better world, many of these creators and their creations would have had much wider success.

I'm gonna kick off a study of these with this page, devoted to one of the best-known and longest-running strip-zines, STAR-STUDDED COMICS.   Considering I don't have a single one of these in my collection, I had to rely on scans found online and, in some cases, those supplied me by OTHER fans who DO have the actual zines!  As usual, these painstaking "restorations" were a labor of love.  ENJOY! 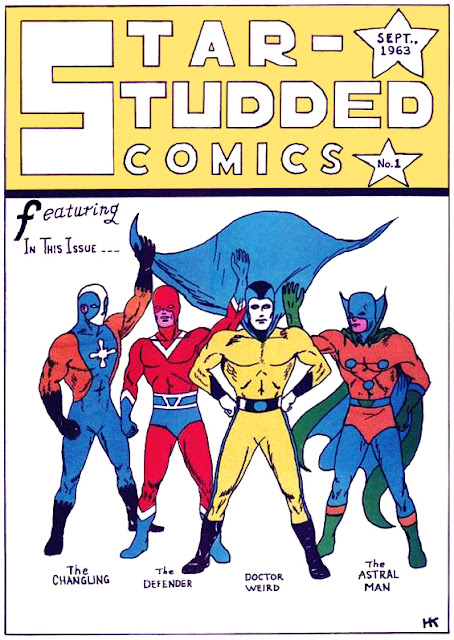 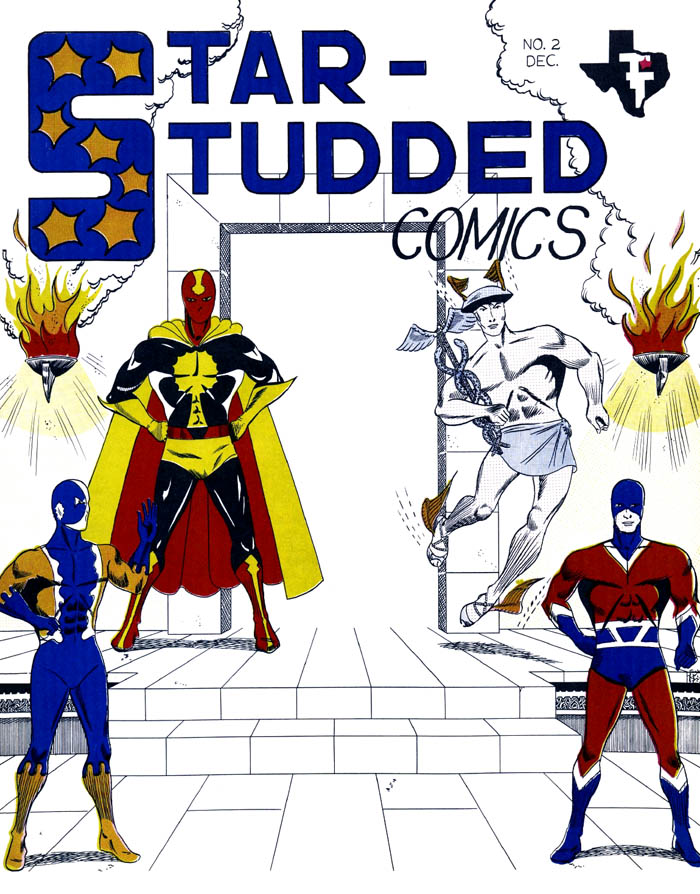 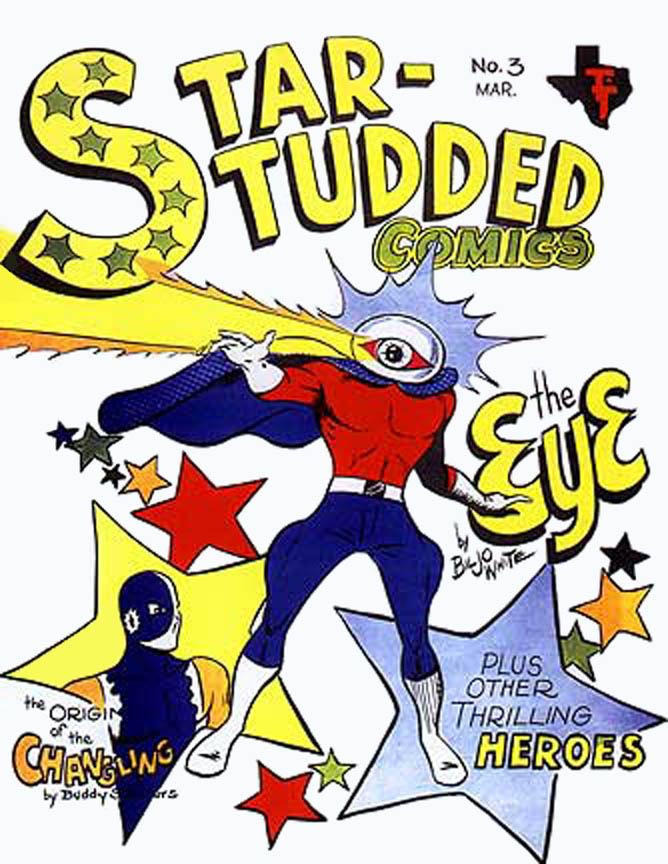 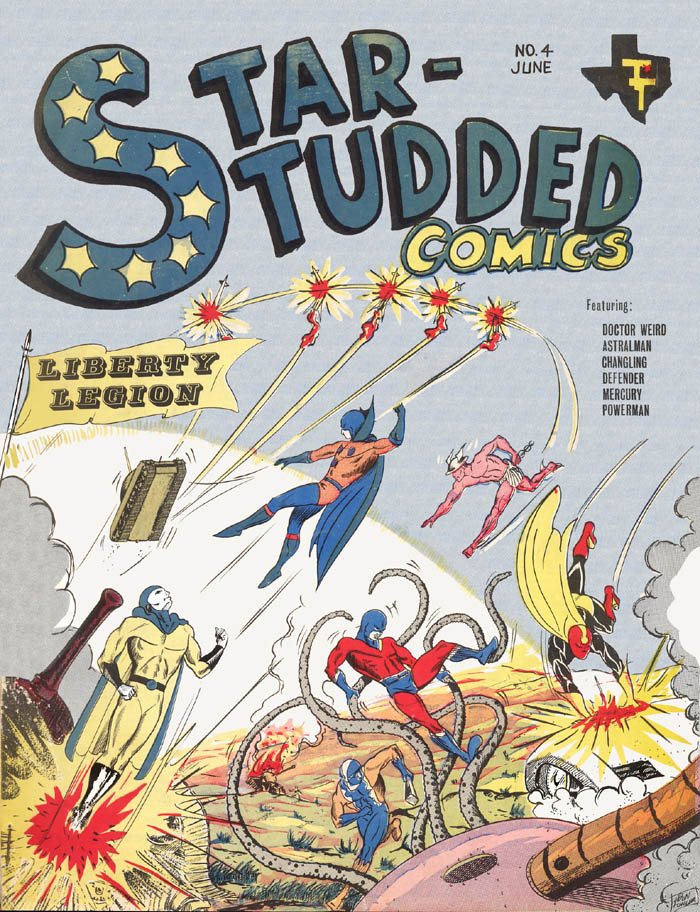 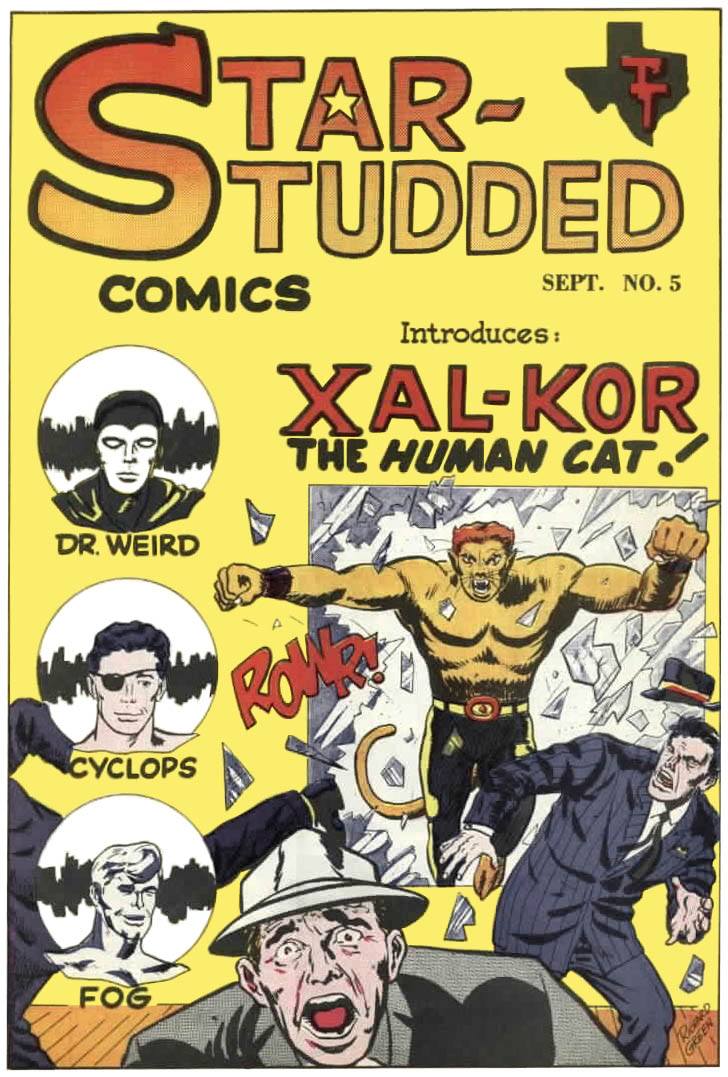 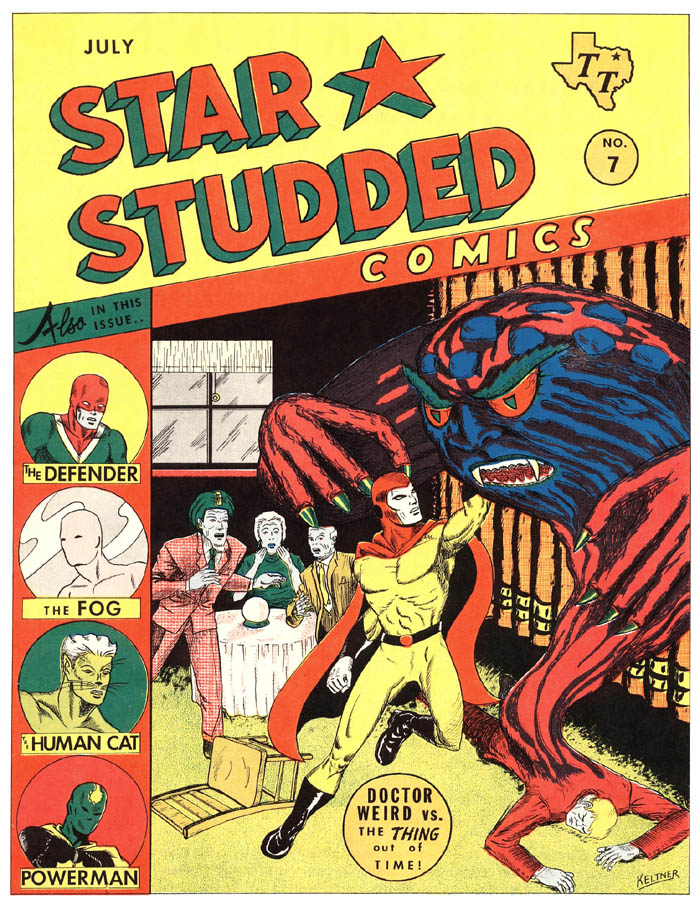 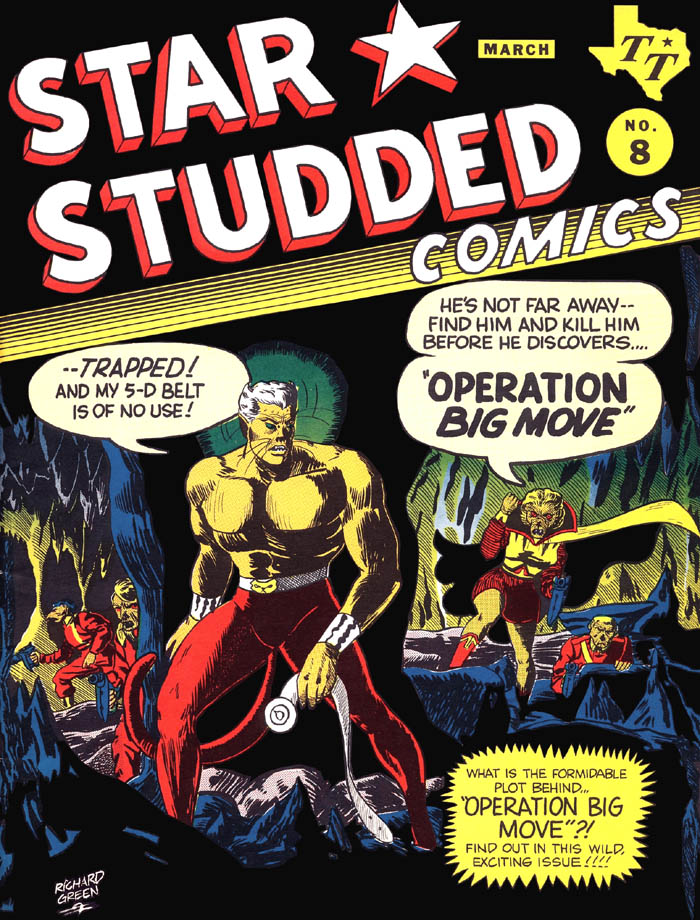 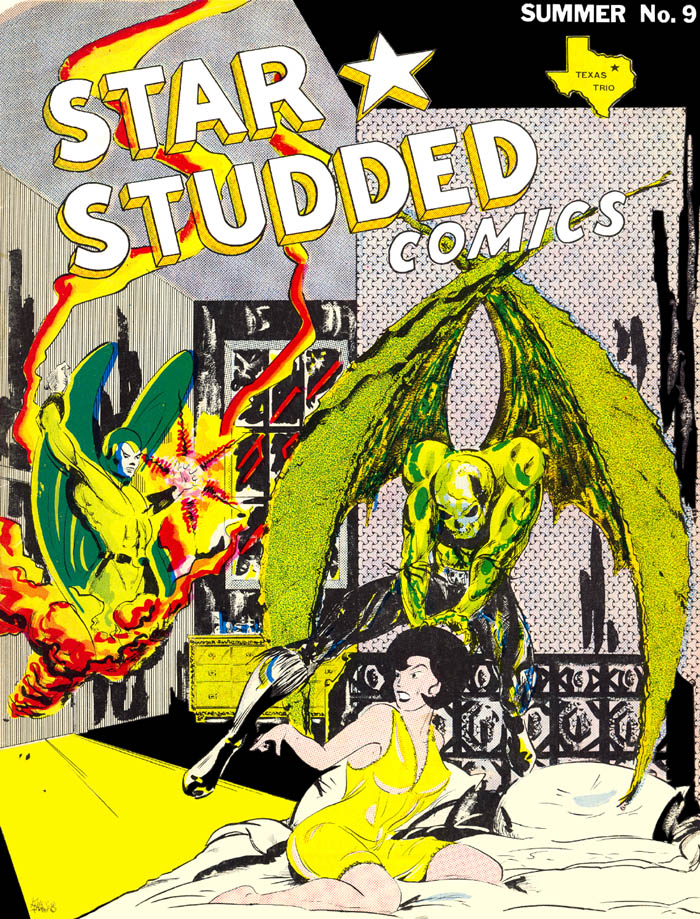 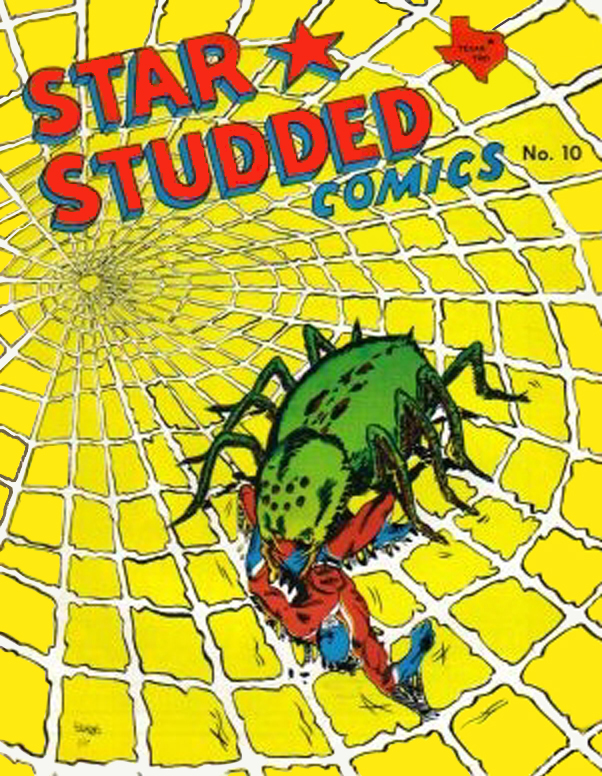