And The Ever-Lovin' Thing

In The Human Torch series in STRANGE TALES, Reed, Sue & Ben had been regular supporting characters from the very beginning, appearing in almost every episode (maybe every episode, I just don't feel like double-checking). It's been suggested at, at some point, it occured to someone that The Thing was the REAL "break-out star" of the F.F., not The Torch.  And so, starting with ST #124 (Sep'64), The name of the series was changed from "Johnny Storm, The Human Torch" to "The Human Torch And The Ever-Lovin' Thing".

Here's the covers I've done snazzy "restorations" on so far... 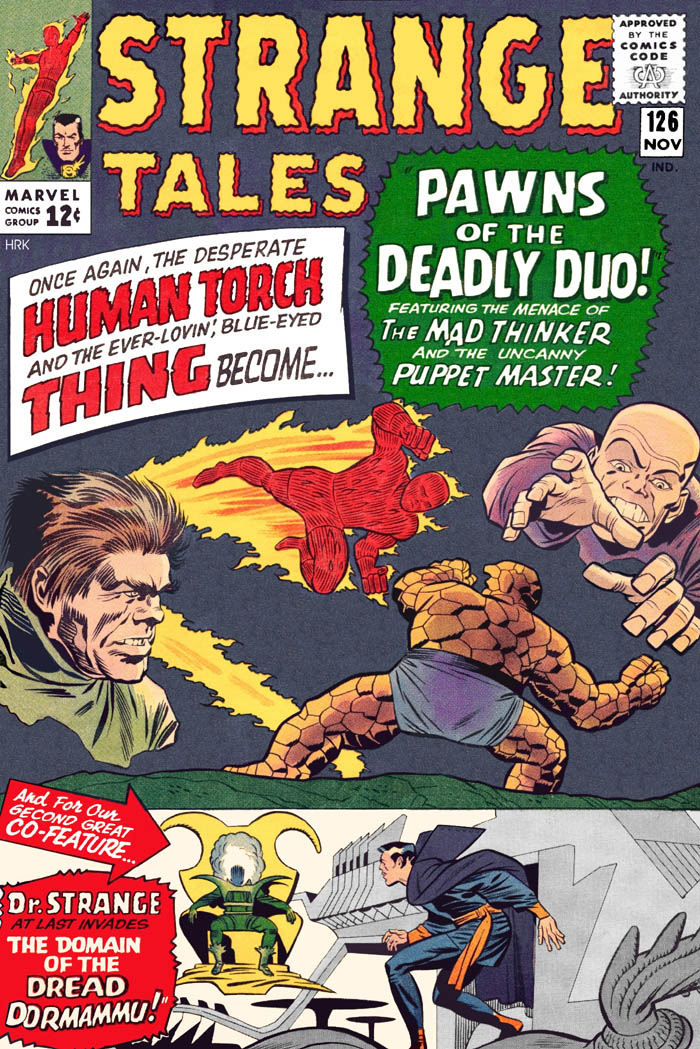 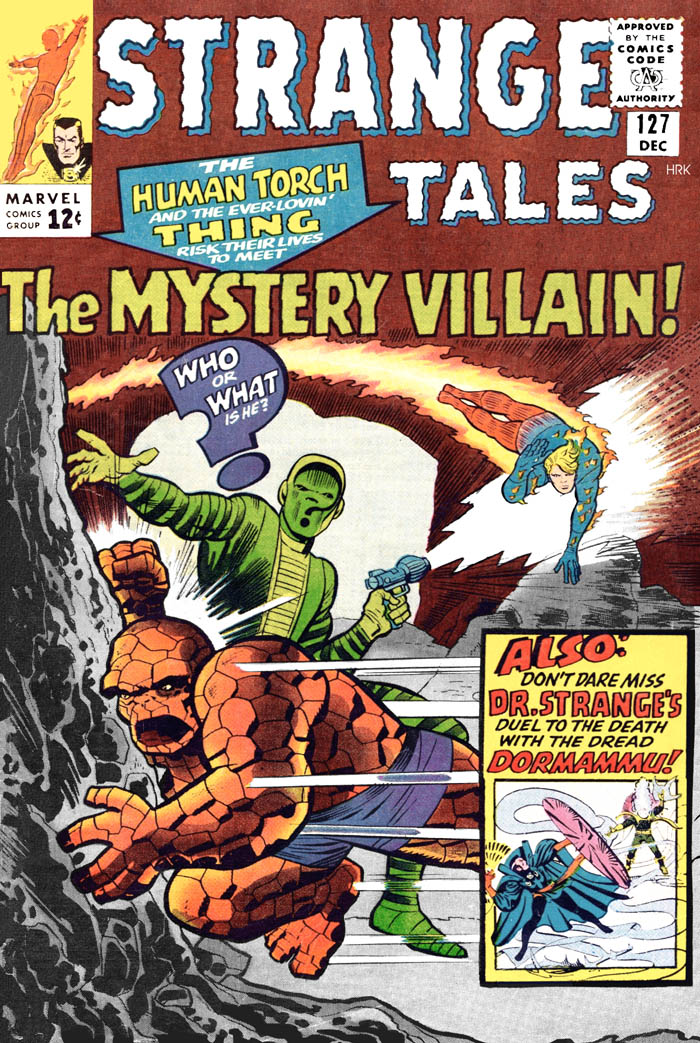 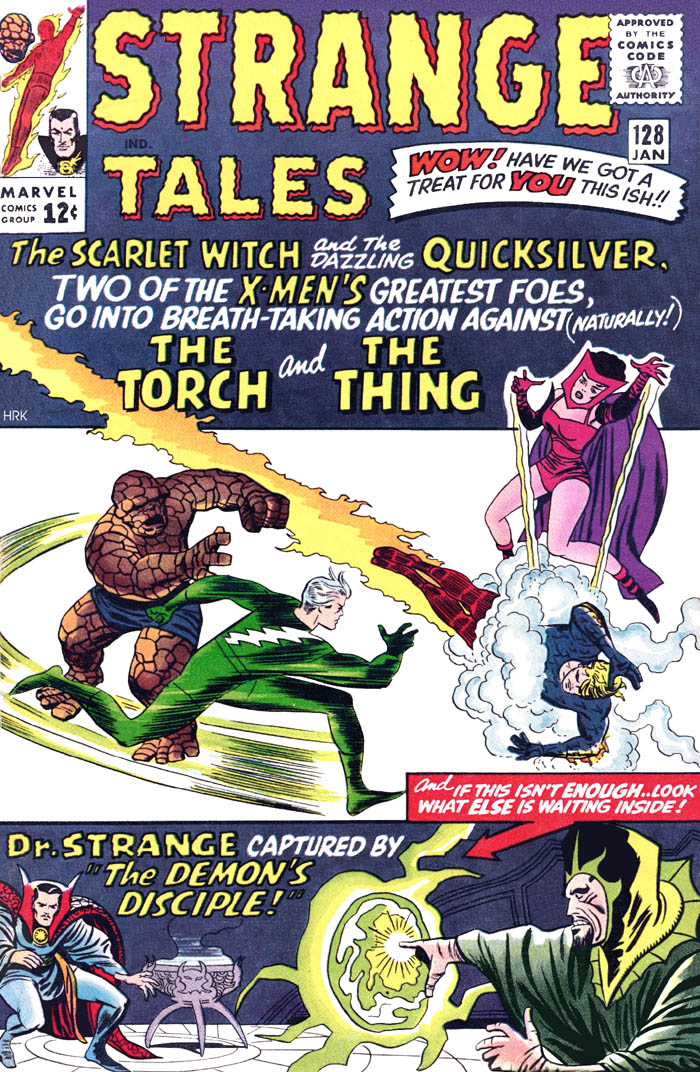 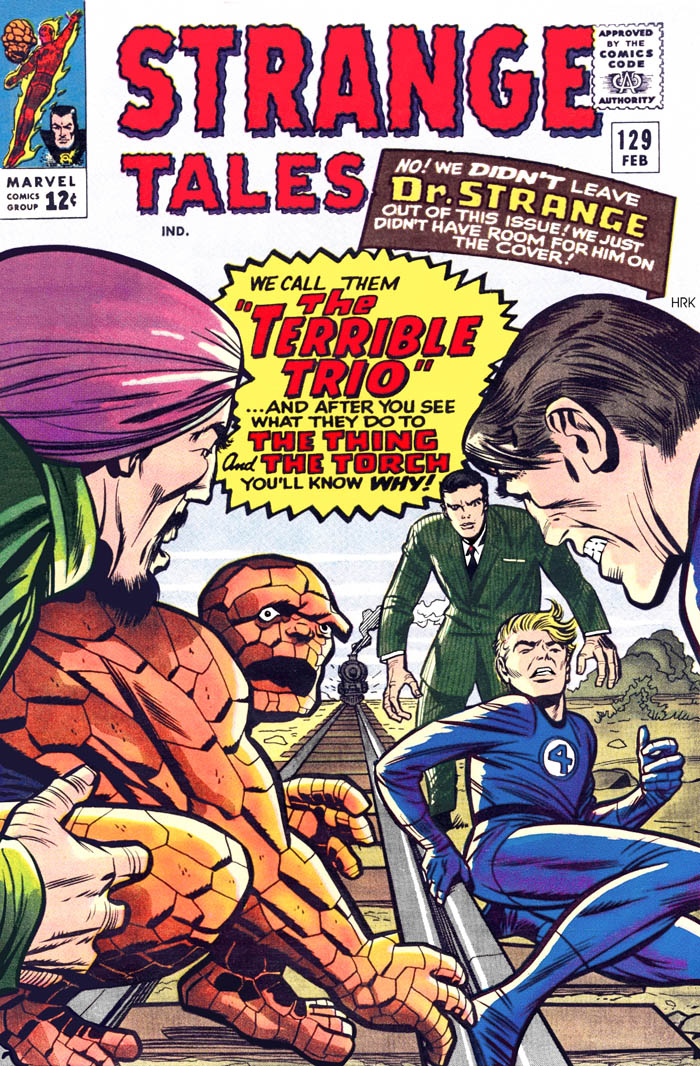 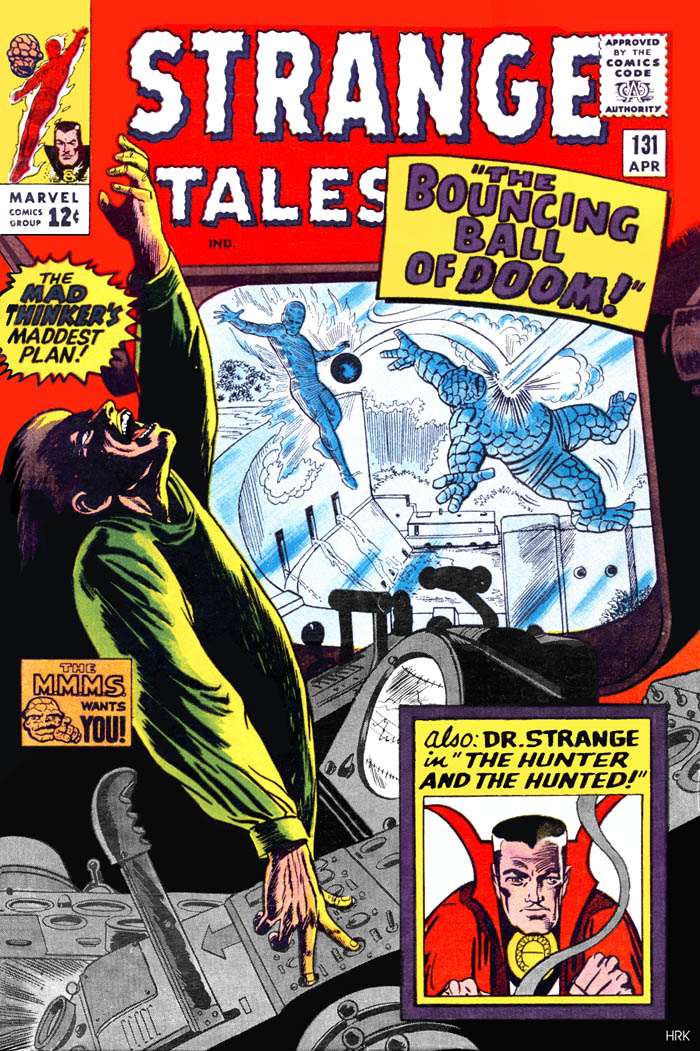 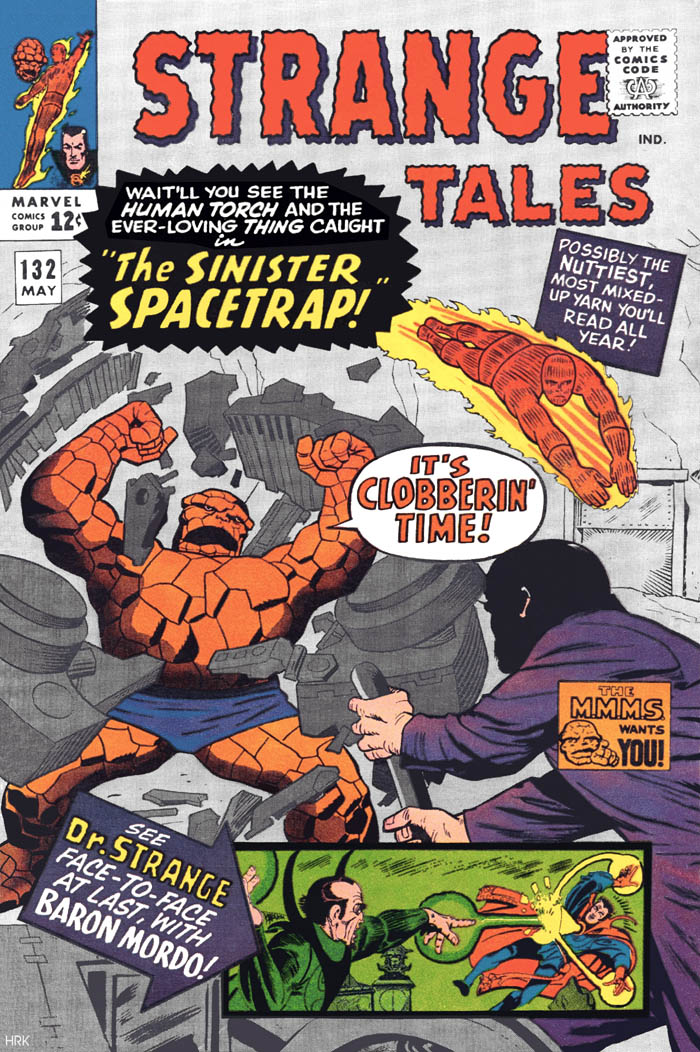 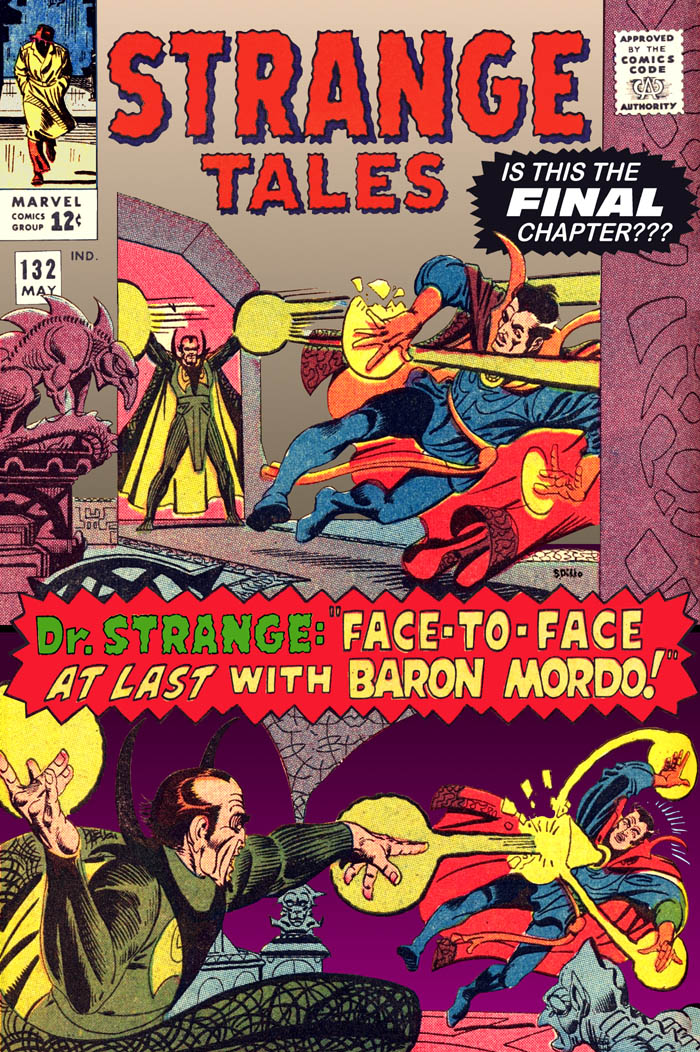 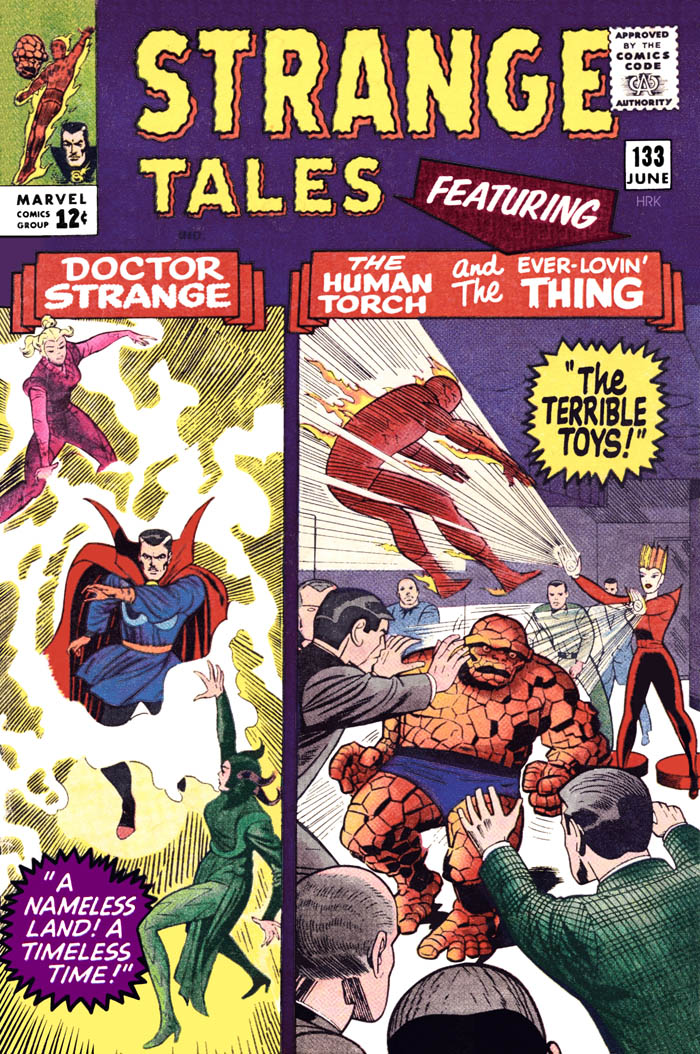