Apparently, the 1st "patriotic" comic-book super-hero was The Shield, from MLJ (later, Archie), who debuted in PEP COMICS #1 (January 1940).  The Shield was the work of writer Harry Shorten & artist Irv Novick, under editor Abner Sundell. 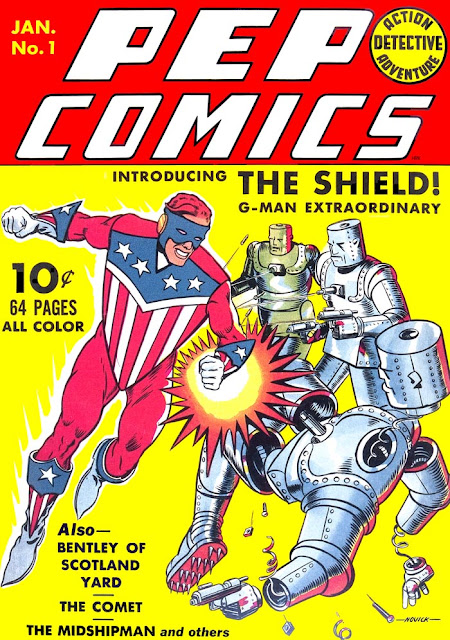 The Shield was quickly followed by Uncle Sam from Quality Comics, who debuted in NATIONAL COMICS #1 (July 1940), the work of writer Will Eisner & artist Dave Berg, and Minute Man from Fawcett Comics, who debuted in MASTER COMICS #11 (February 1941), the work of artist Charles Sultan.  Over at Timely Comics, publisher Martin Goodman, whose specialty was doing knock-offs of already-successful properties, apparently approached his editor & art director, Joe Simon & Jack Kirby, and specifically asked them for a Shield-type character (much as Fawcett's publisher had told his staff to create a Superman-type, which resulted in Captain Marvel!).  They did as asked, but insisted on a contract specifying they would get a percentage of the profits.  Goodman agreed-- or at least, he signed a contract to that effect.

The creation of Joe Simon and Jack Kirby, CAPTAIN AMERICA was, rare for the time, launched in his own title, and became an immediate sales sensation. 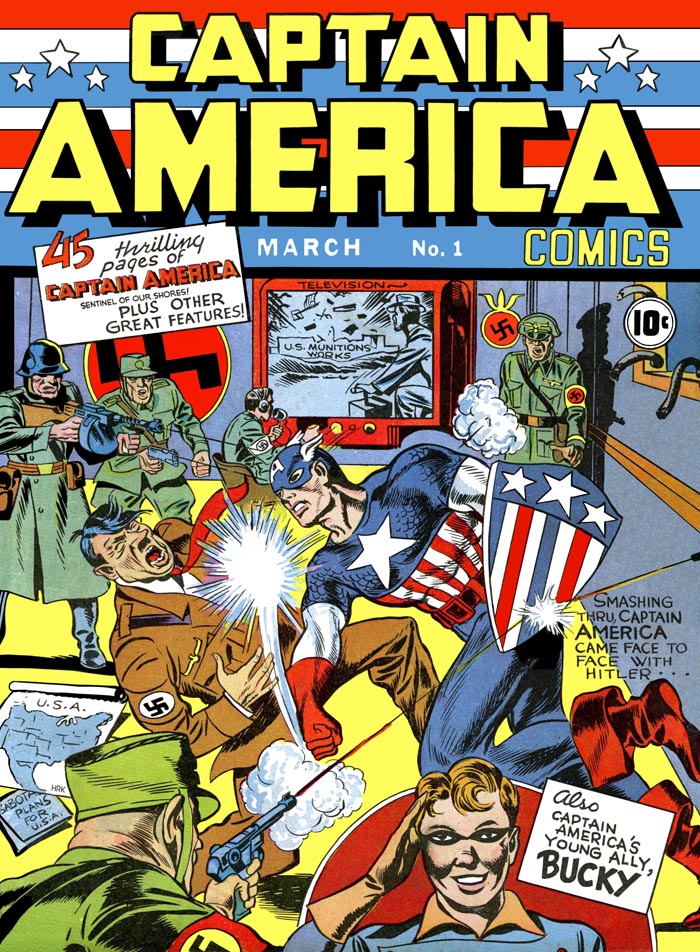 Captain America immediately became the target of a threatened lawsuit from MLJ, for being too similar to The Shield.  In response, Jack Kirby quickly replaced Cap's triangular shield with a round one, which was a better design anyway!