A few years ago, I began a chronological "re-reading project" of every comic-book story Jack Kirby worked on in my collection.  I got thru the 40's, 50's, and 60's (adding every single Marvel from the 60's to the list while I was at it).  At the point where Kirby went to DC, I continued on with the Marvel reading, always intending to pick up Jack's work where I left off.  Now, about 3 years later, I'm finally back on it, and have been re-reading some books I haven't looked at in 30 years.  (And doing scans & "restorations" of the covers in the process.)

For in-depth reviews, go to the CAPTAIN COMICS message board... 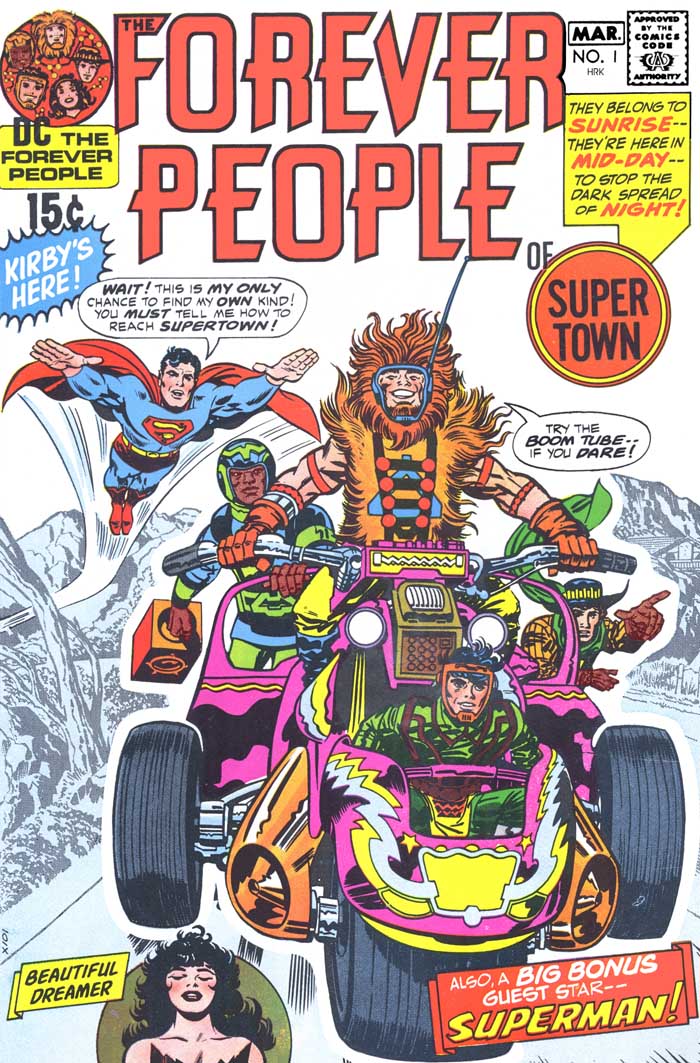 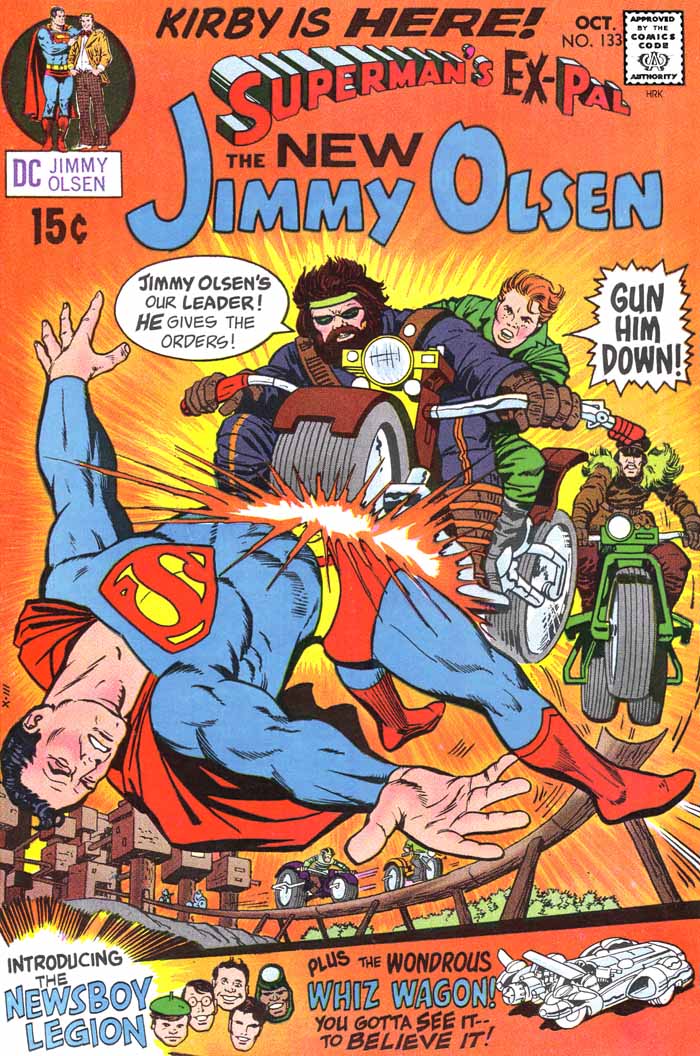 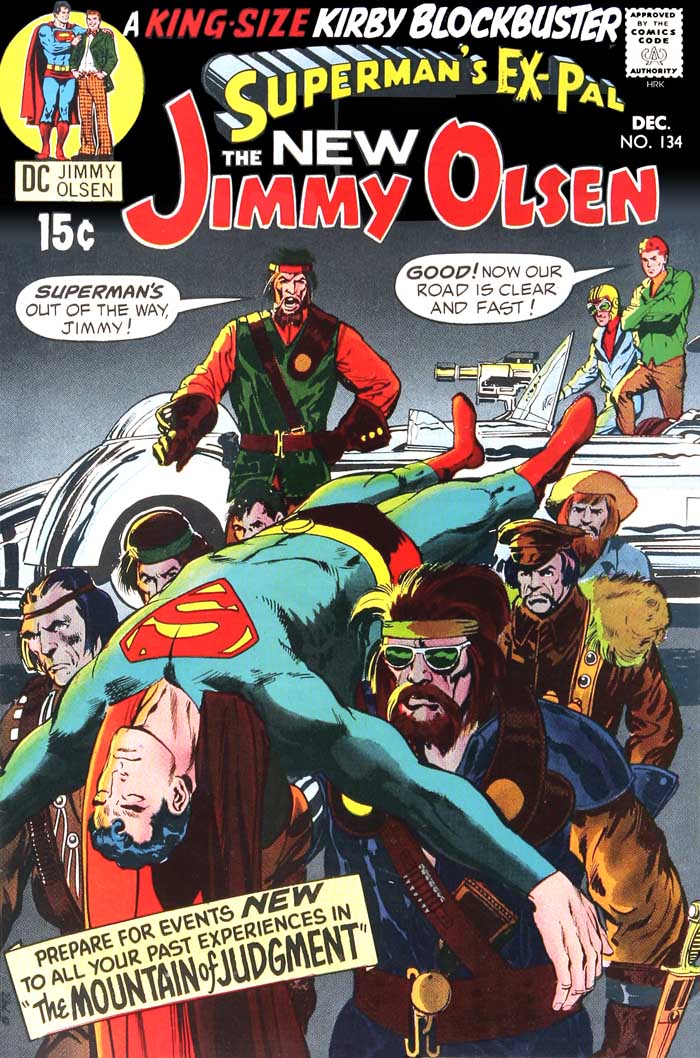 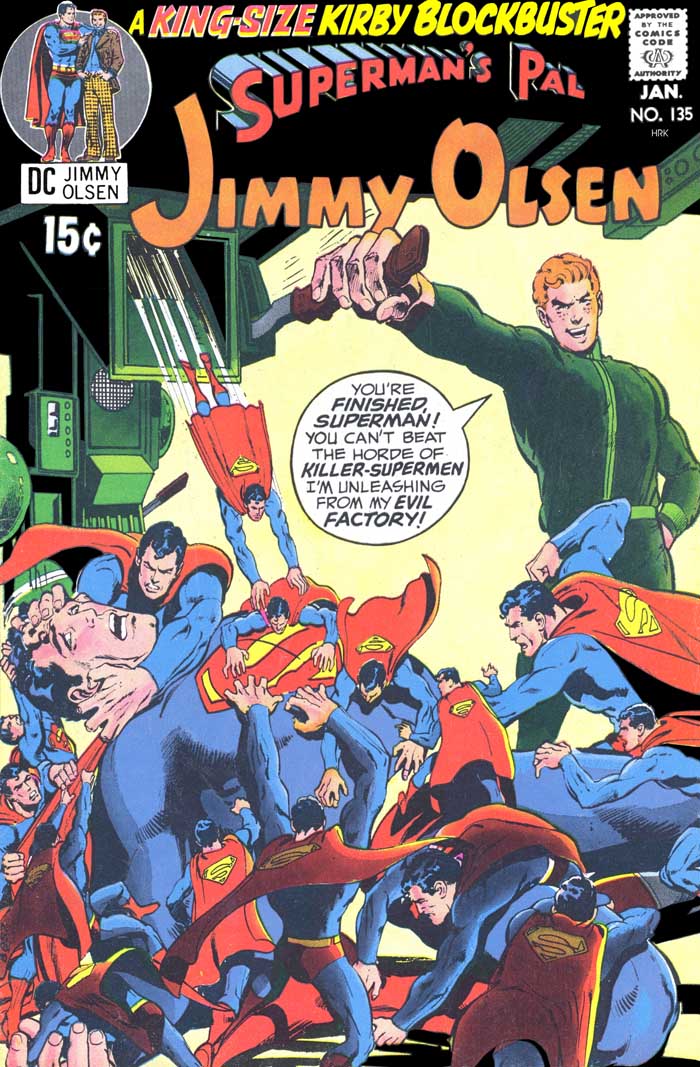 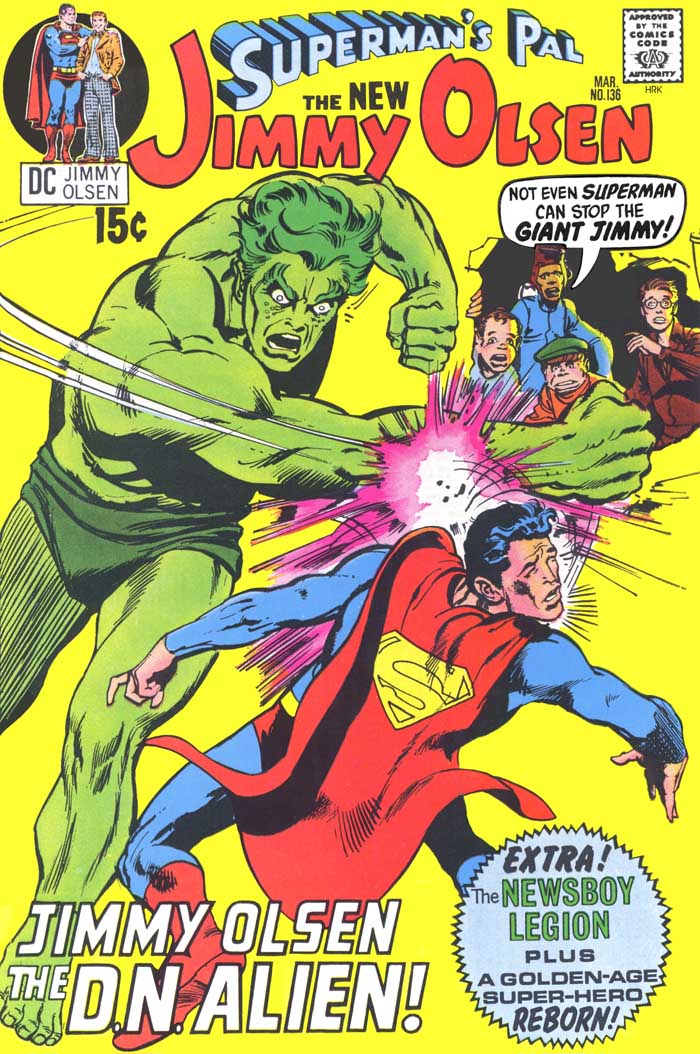 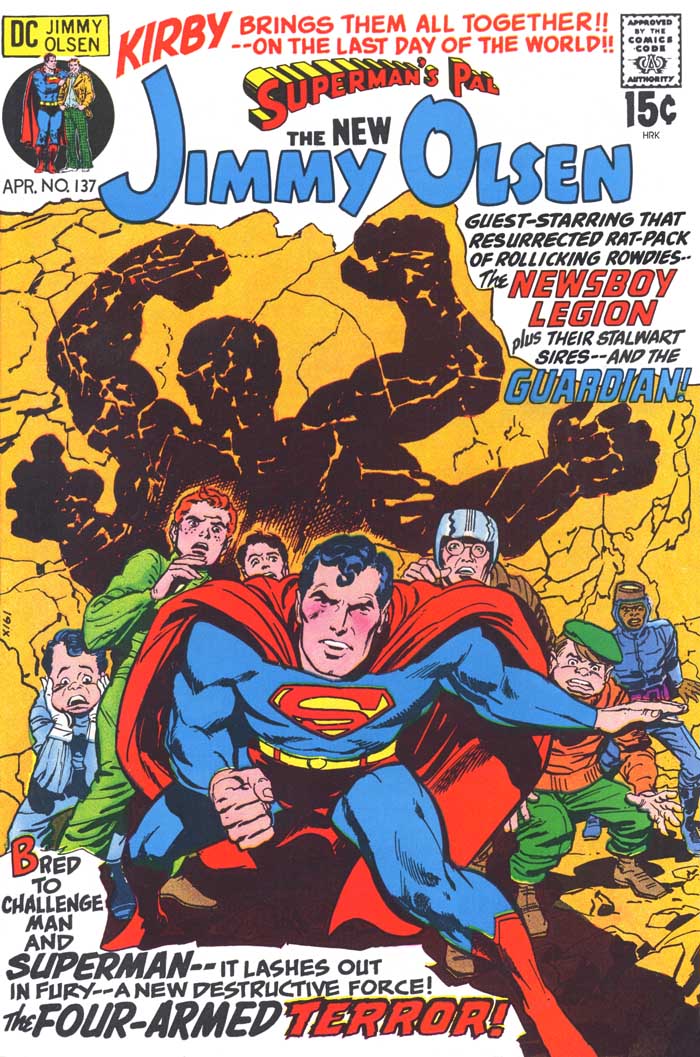 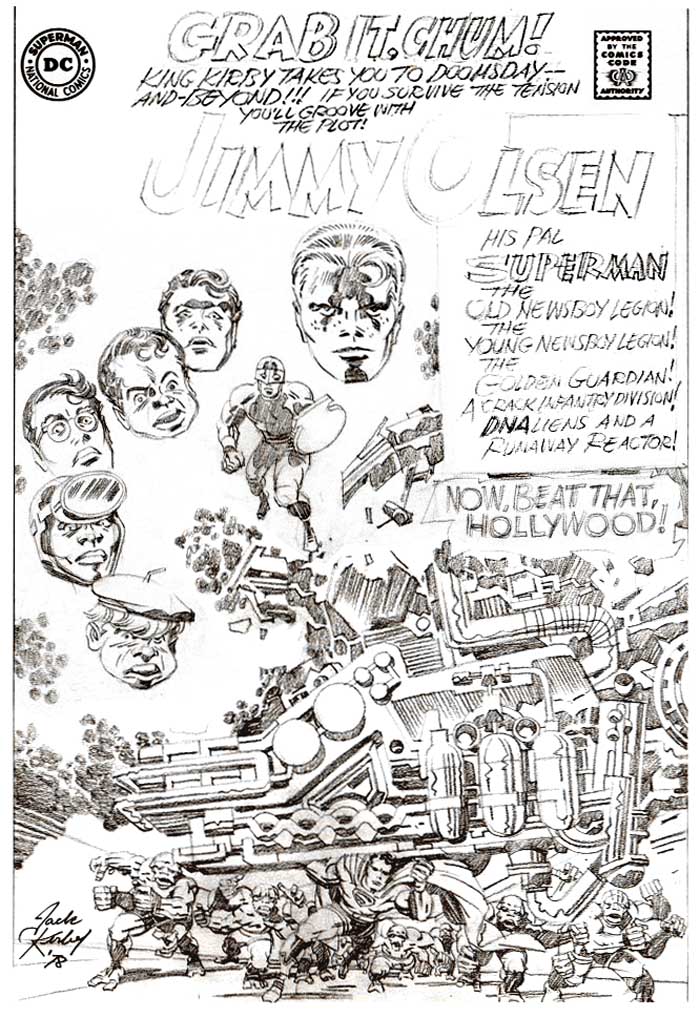 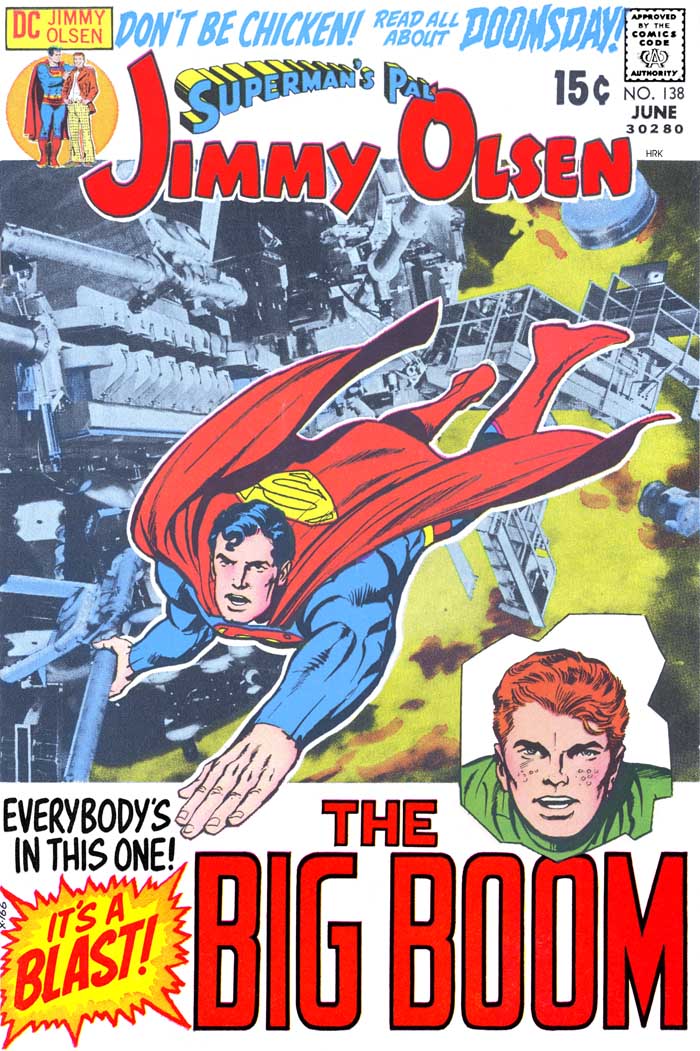 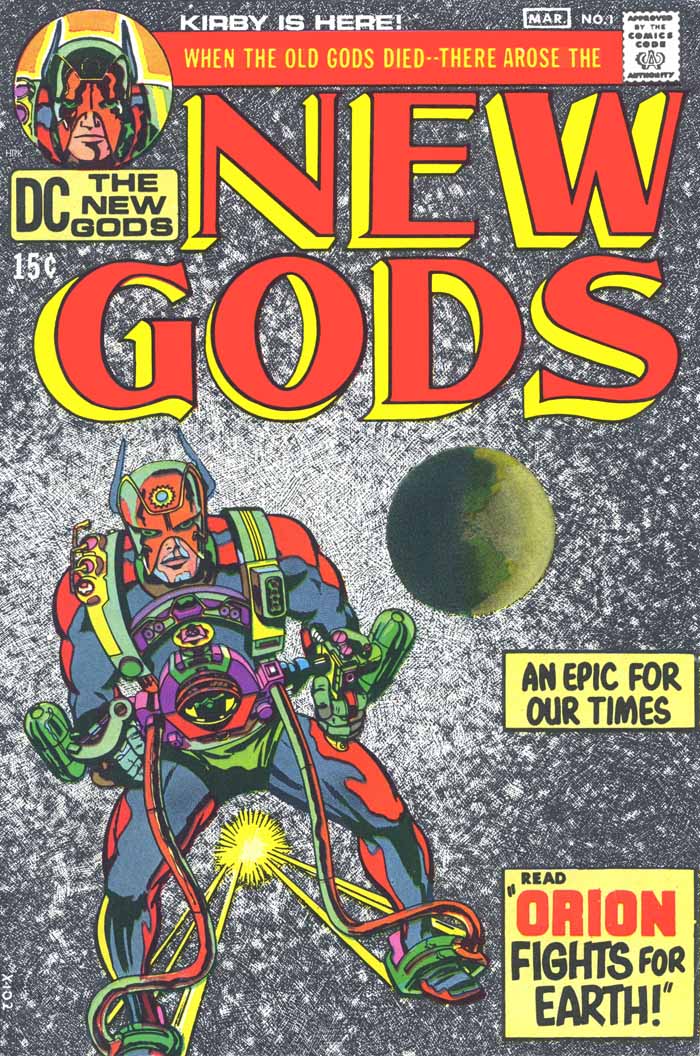 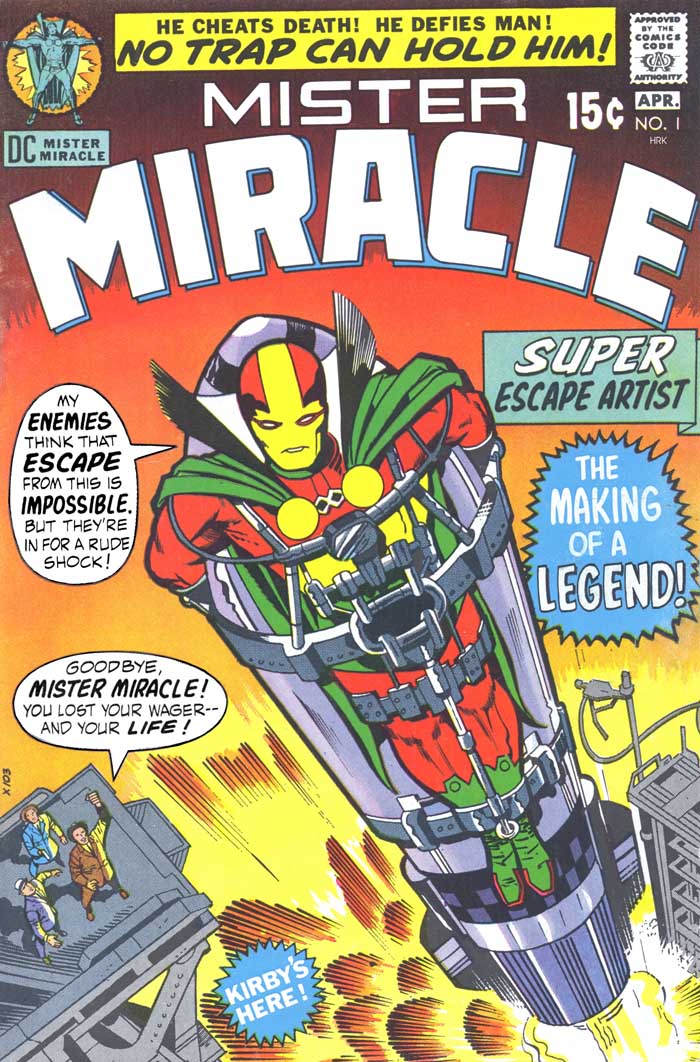 More as I go!
Once again, for in-depth reviews, go to the CAPTAIN COMICS message board...


Here's one I'm posting here because I don't feel like starting a separate page, and I don't really have anything else to go with it.  SUPER DC GIANT was an oversized anthology series devoted to miscellaneous reprints.  Each issue had a different theme.  This particular cover caught my attention as being very unusual, with a "graphic" style ("posterized" is the word I learned in art school).  I figured it would be a good fit on this page of the blog, as it has a February 1971 cover date, which neatly puts it in the time when Jack Kirby's new DC books were just starting to appear. 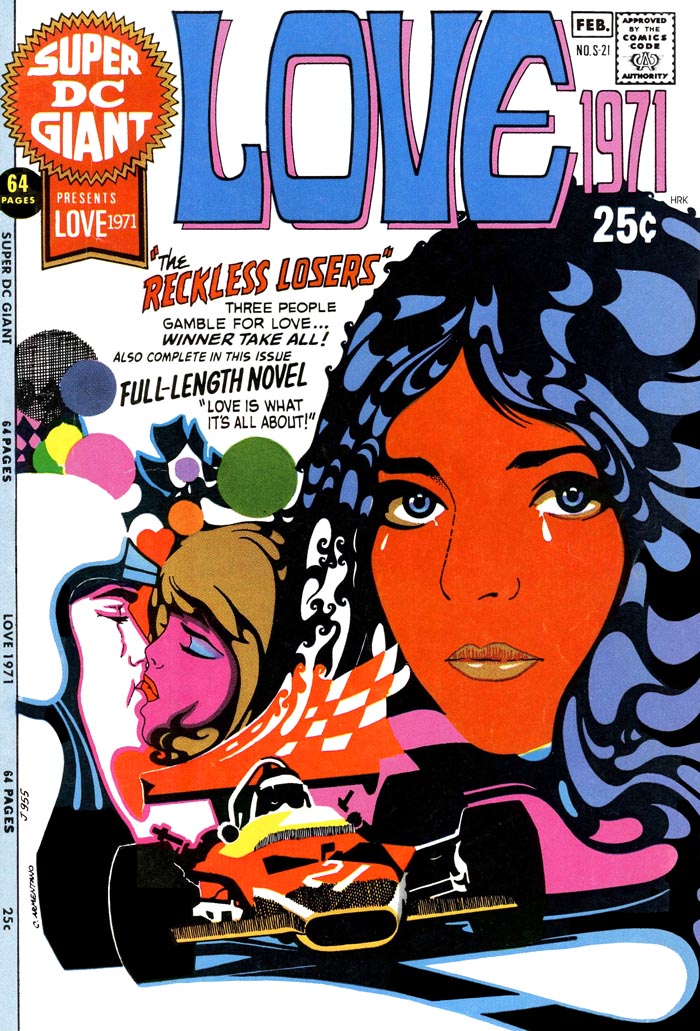