This all started with my Mom, who was a lifelong monster & horror movie fan.  In the late 60s, there was a real resurgence of horror for several years, apparently spurred on by the Hammer Film "DRACULA HAS RISEN FROM THE GRAVE" with Christopher Lee, which became that English studio's biggest money-maker ever.  Before you knew it, horror was everywhere-- in the movies, on TV, in comic-books.

Growing up in my house, we got newspaper comics all the time.  They were "free" with the daily & Sunday papers.  But comic-books were a rare luxury item.  If we didn't get them free from the barber shop (or my Mom's optometrist's office), chances are, she was the one picking them out.  Among the "horror"-related items were AMAZING SPIDER-MAN #102 ("Vampire At Large"), SILVER SURFER #7 ("The Heir Of Frankenstein"), NOT BRAND ECCH #11 ("King Konk '68"), FOR MONSTERS ONLY ("Vampire Hunt '69") FAMOUS MONSTERS OF FILMLAND (we got hooked on that movie magazine for 5 years!), and, a real unusual item... MONSTERS & HEROES #6.

As described last time, the magazine contained monsters, a super-hero comic, and a focus on movie serials, and especially, anything having to do with Edgar Rice Burroughs.

Somehow, for decades, that one issue was all I had of the magazine.  Then in the early 90s, I got ahold of #1 from the Comicrypt in Oaklyn.  I finally got to see how the magazine-- and Altron-Boy-- got started.

Sometime in 1997, Bill Schelly's large anthology reprint collection, FANDOM'S FINEST COMICS came out, and wonder of wonders, it contained the first 2 Altron-Boy chapters.  (The first of which I already had.)  This was a real slow burn for me.  During that period, though, my interest in obscure and fanzine heroes increased greatly, due to the combination of Schelly's books and Gary Carlson's BIG BANG COMICS series.  Increasingly, I found these lesser-known, creator-owned heroes, while often crude & amateurish (but sometimes NOT!) more interesting, and far more "personal".

For whatever reason, it took me until 2006 before I got inspired to go after more M&H issues.  I got #4, 5 & 7 from Mile High Comics, and had every intention of scanning in the Altron-Boy series and posting it online.  But then money got tighter, and I never did go after the ones I was still missing.

UNTIL last month.  I finally got #2 & 3 from Lone Star Comics in Texas (which has become my go-to place for back issues these days), and immediately got started on scanning & cleaning up the pages.

I also found more than one blog which had already beaten me to doing it... but I decided to go ahead anyway.  Apart from my obsession with posting better-looking images at my bloigs than can found anywhere else online, I also wanted to make the blog pages more "personal" than other fans have.

The 2nd issue not only contained 3 Altron-Boy chapters, but a short horror-fantasy story by Louise & Jeffrey Jones.  Ivie mentioned in an editorial that he was hoping to have more people contributing to the contents of the magazine, with a focus on new, up-and-coming talent.  "DRAGON SLAYER" was apparently the first published work by either Louise Jones (who went on to become an editor at Warren and a writer at Marvel) and Jeffrey Jones (who did a lot of stories at Warren and elsewhere).  Unfortunately, this was the only such story to see print in the mag's short run.  I don't think it's EVER been reprinted anywhere.  (It anyone knows where it has, please let me know and I'll update the info here.)

Amazingly enough, 14 years later, Jeff Jones painted the movie poster for the Paramount-Disney film, "DRAGONSLAYER".  I only just saw that film for the first time, 3 weeks ago!  I'm including it here as a bonus. 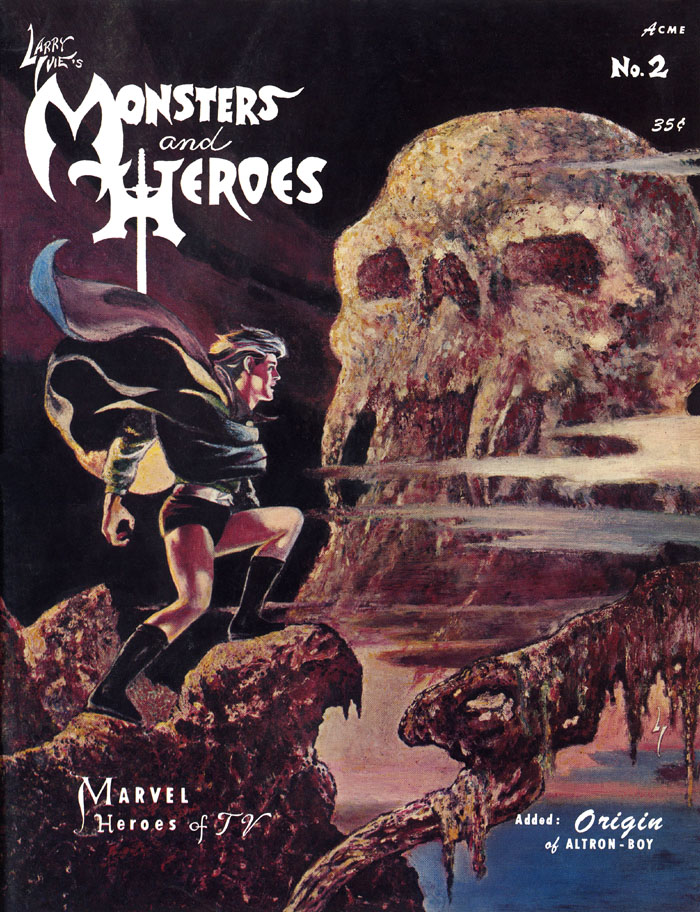 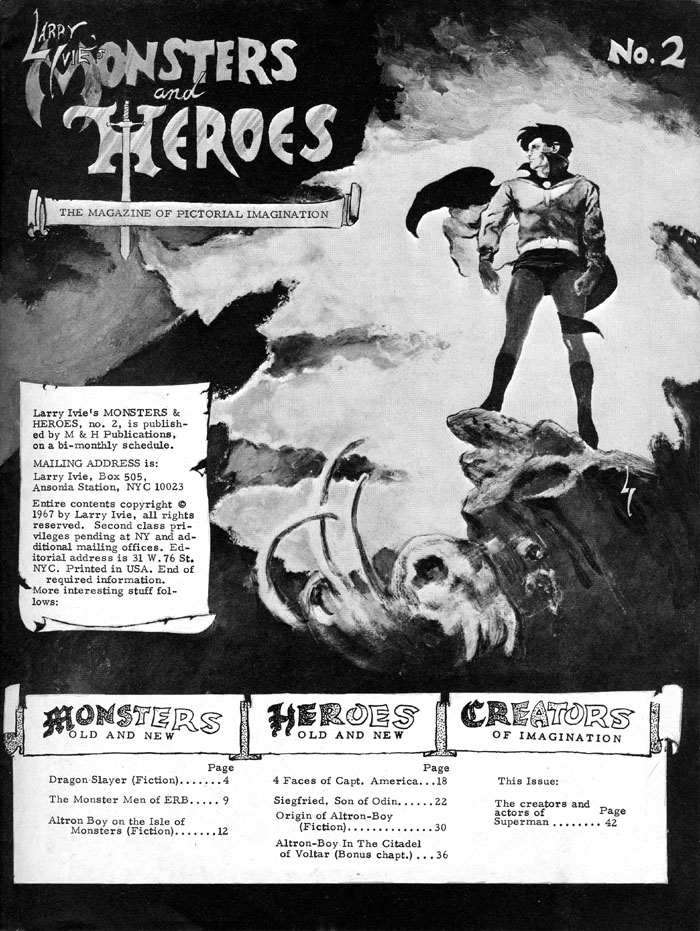 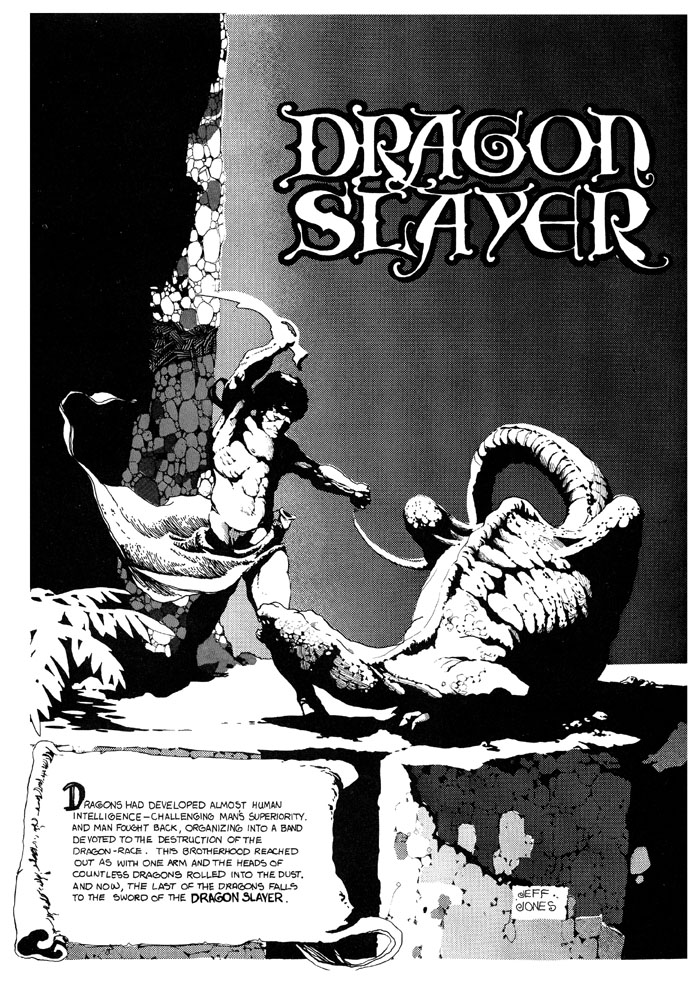 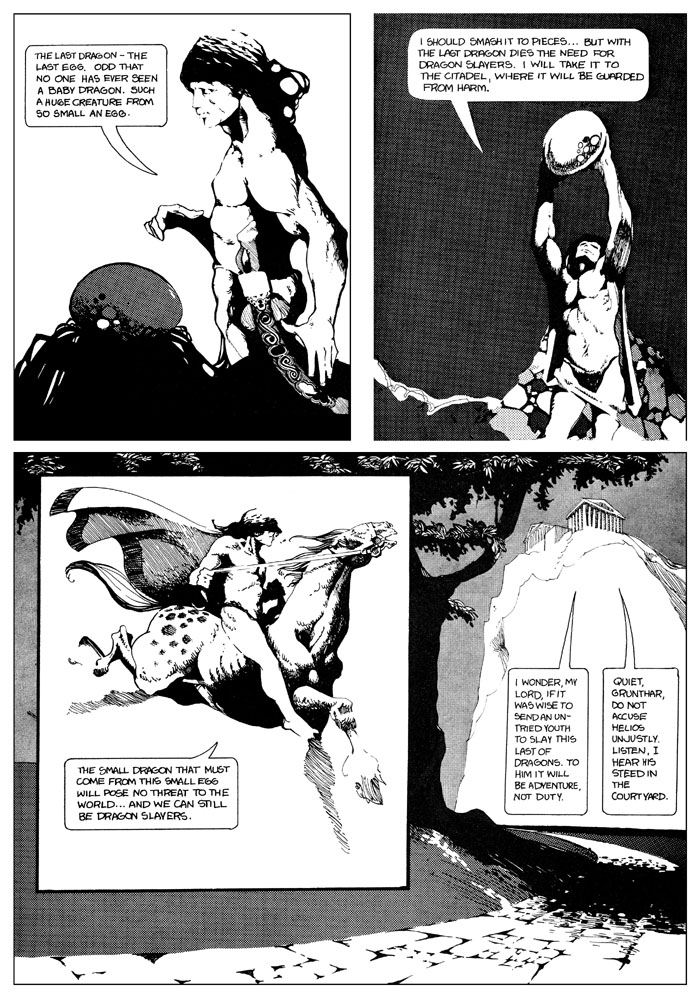 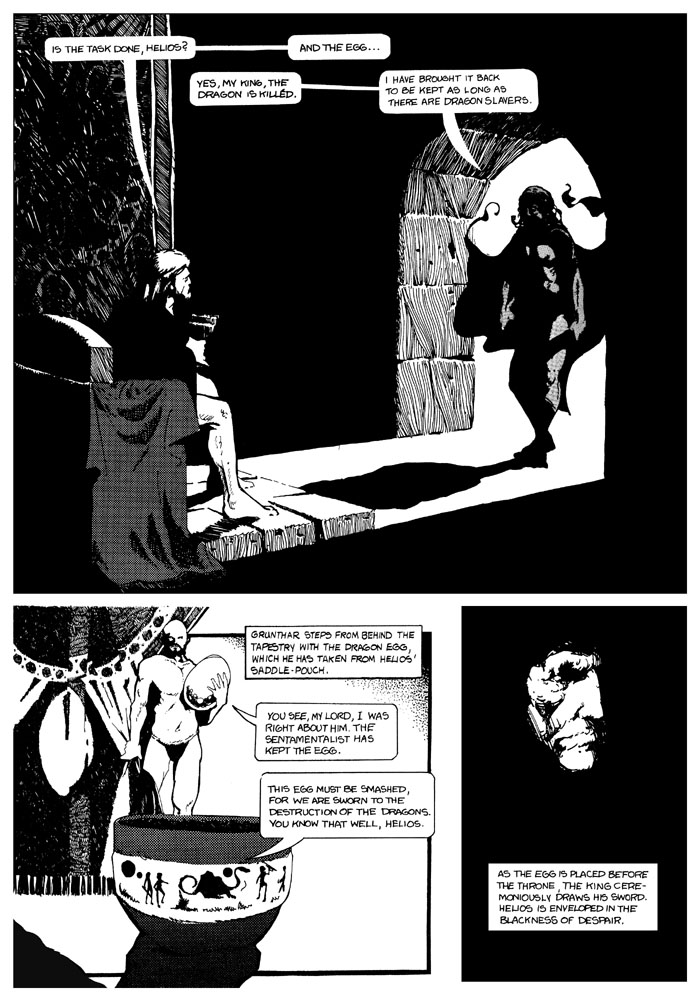 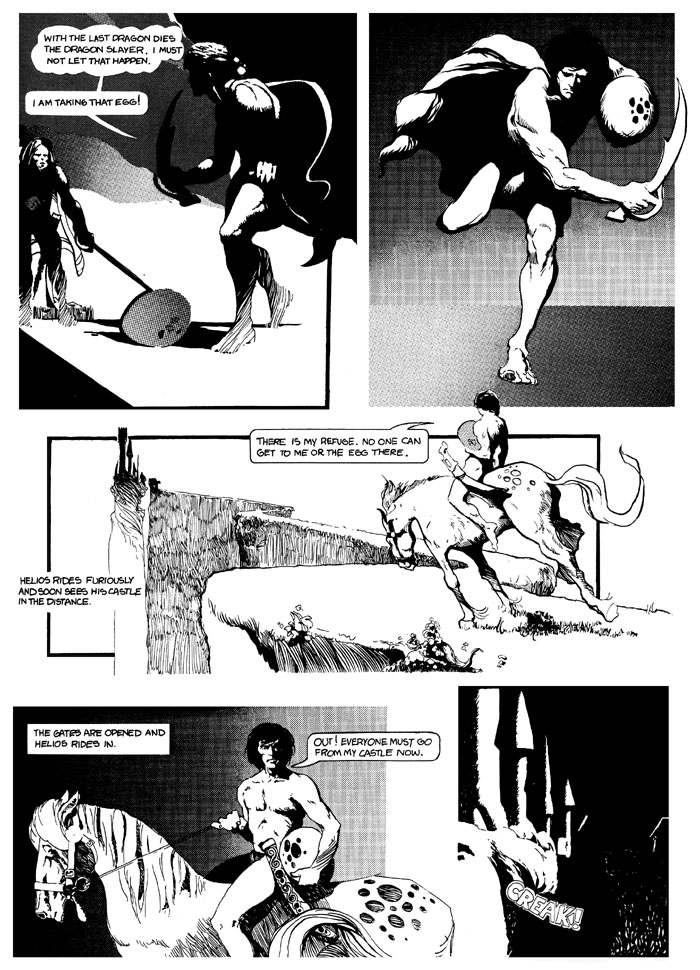 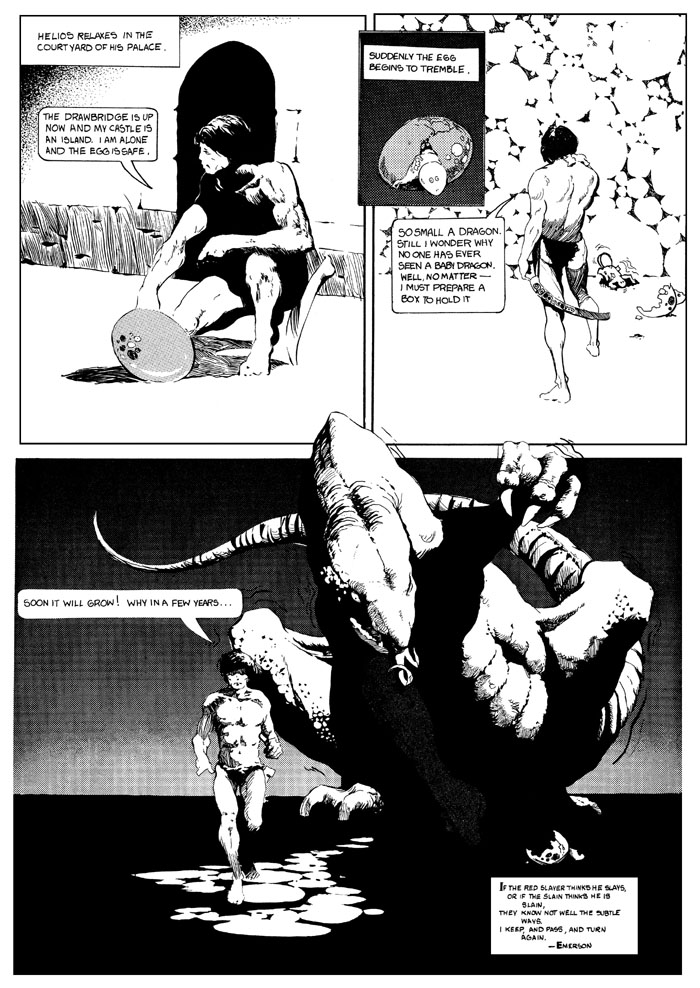 THE CRUSADE AGAINST VOLTAR:  Chapter Two
"ALTRON-BOY AND THE ISLE OF MONSTERS"
Story & Art by LARRY IVIE  /  Page 12 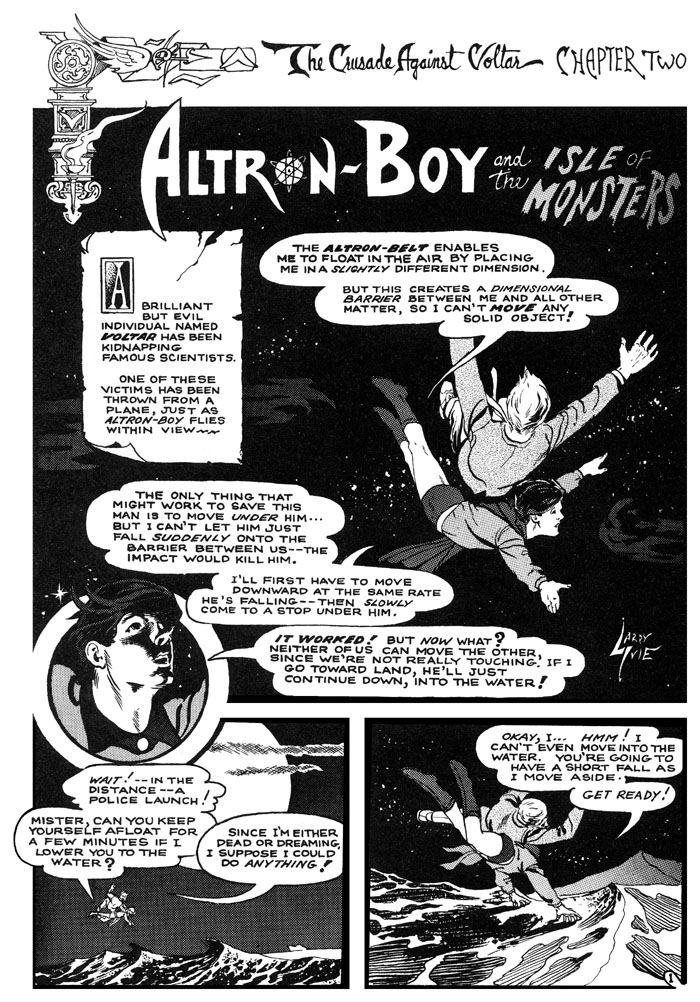 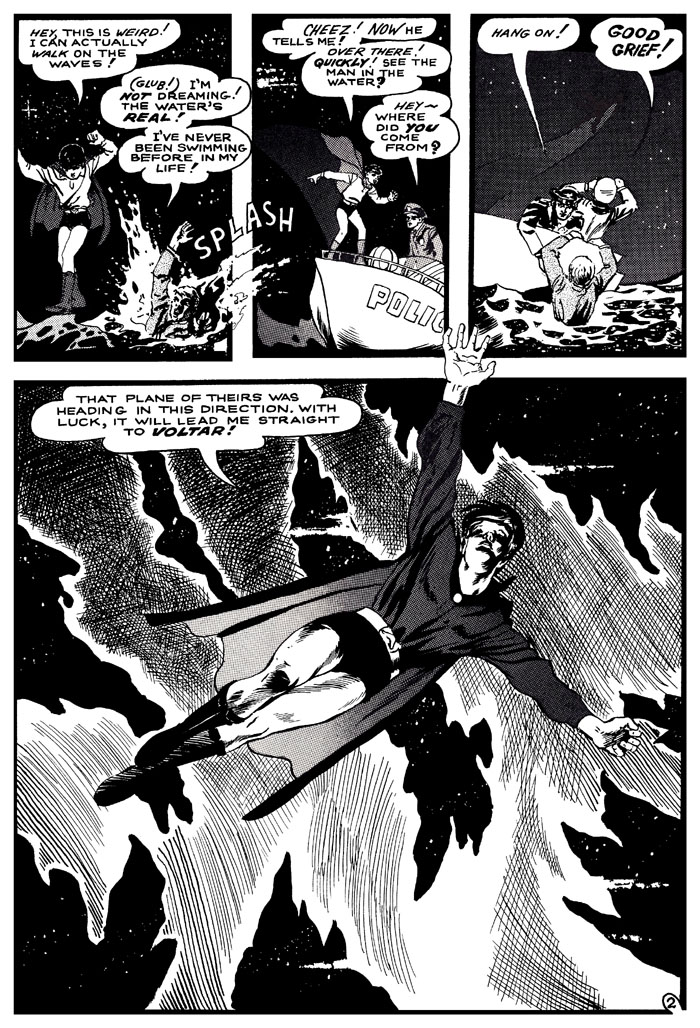 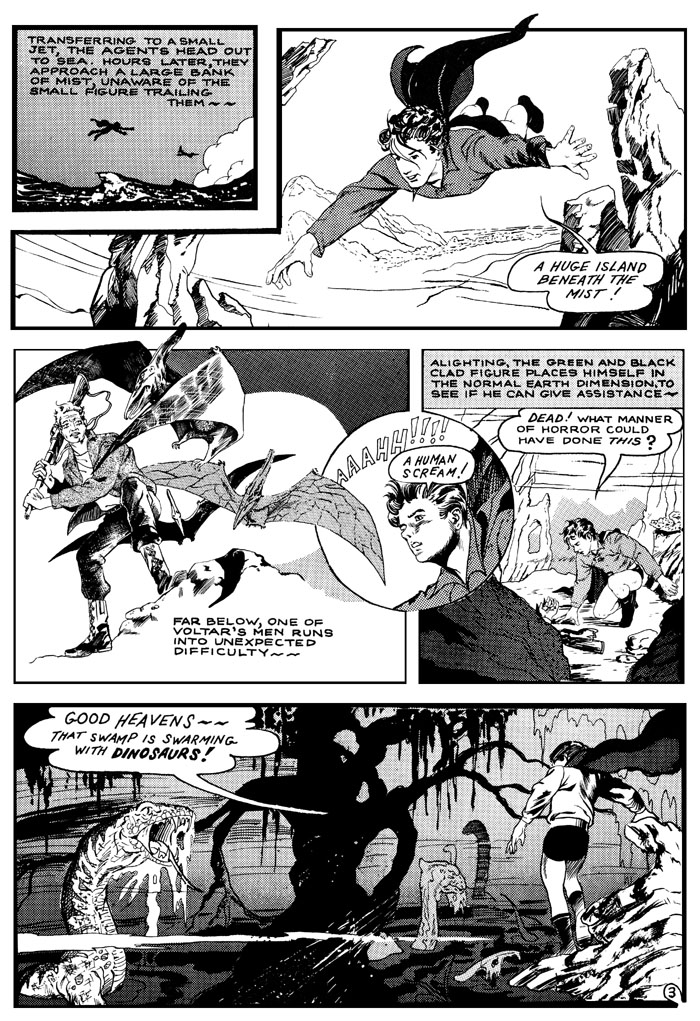 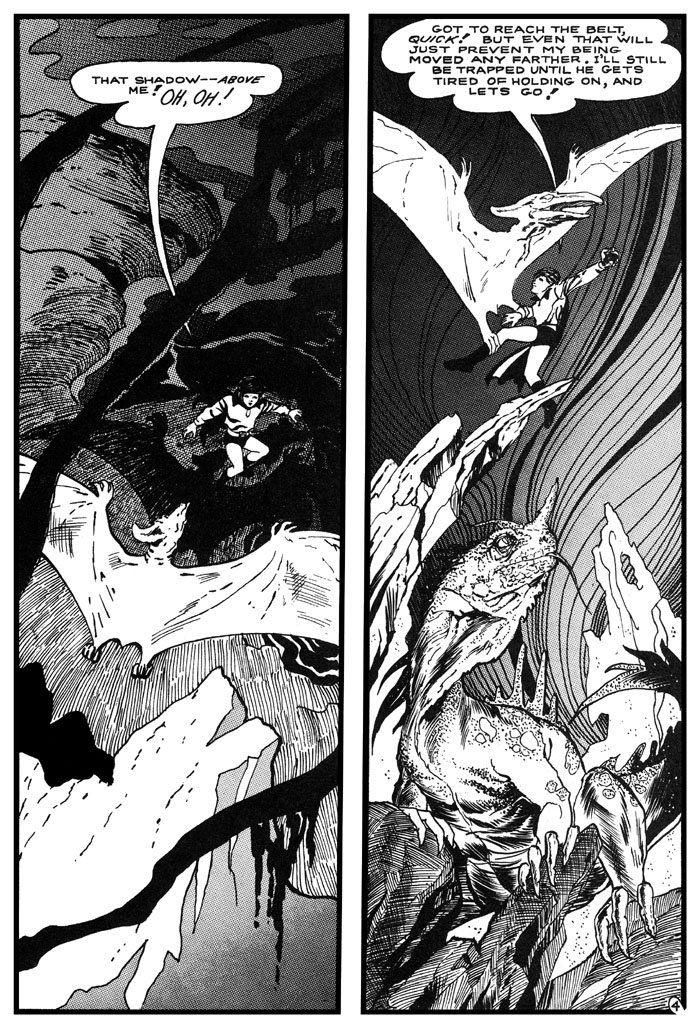 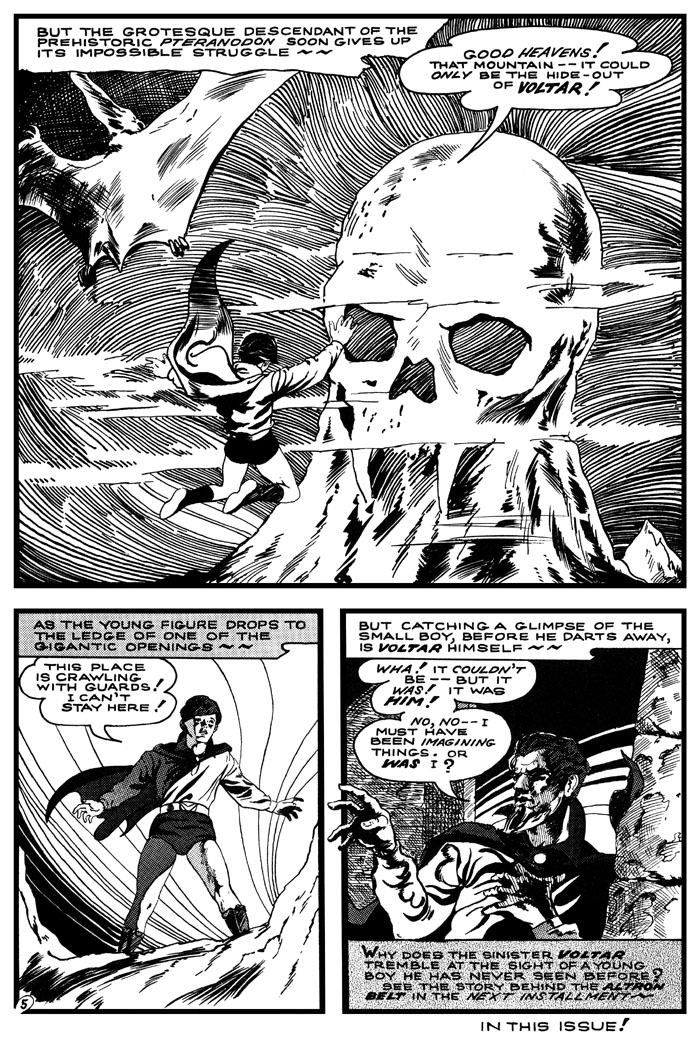 THE CRUSADE AGAINST VOLTAR:  Chapter Three
"SECRET OF THE ALTRON BOY"  /  Page 30 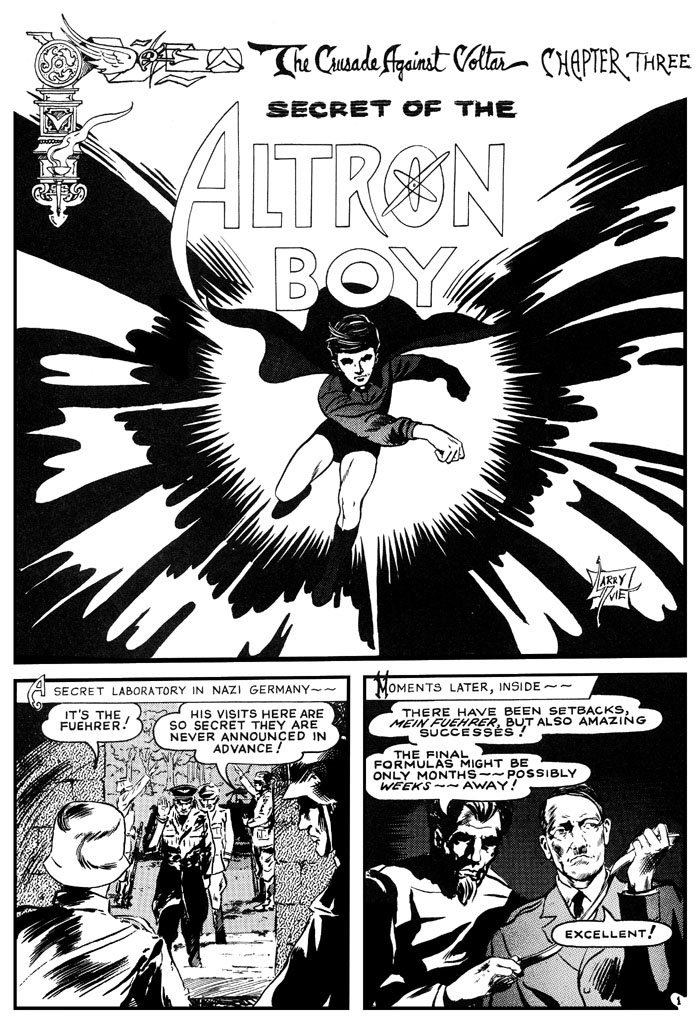 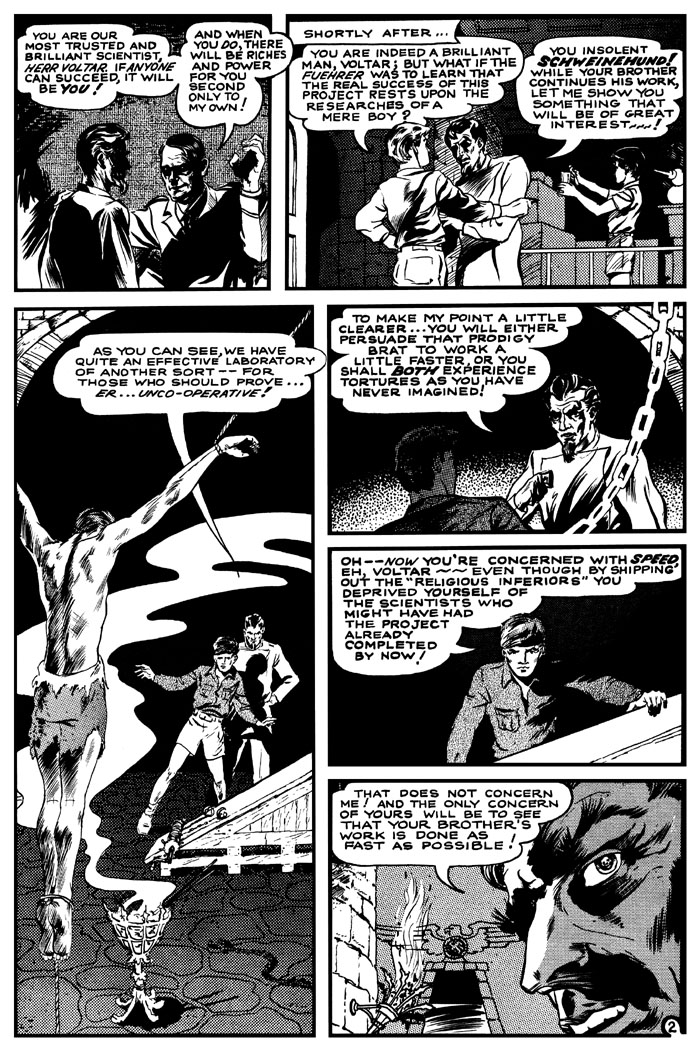 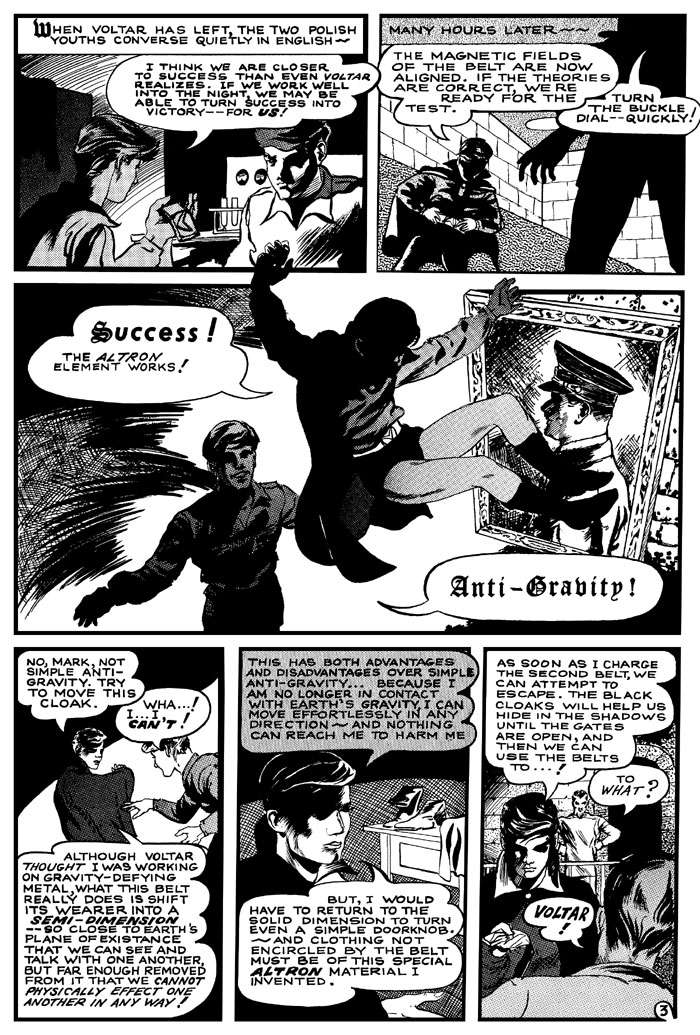 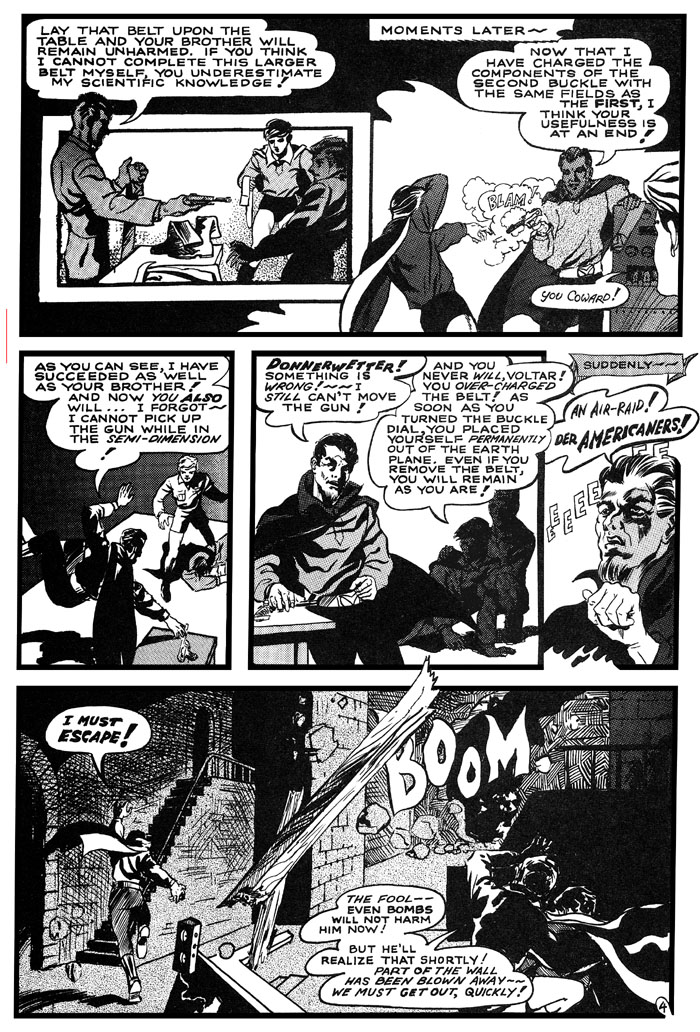 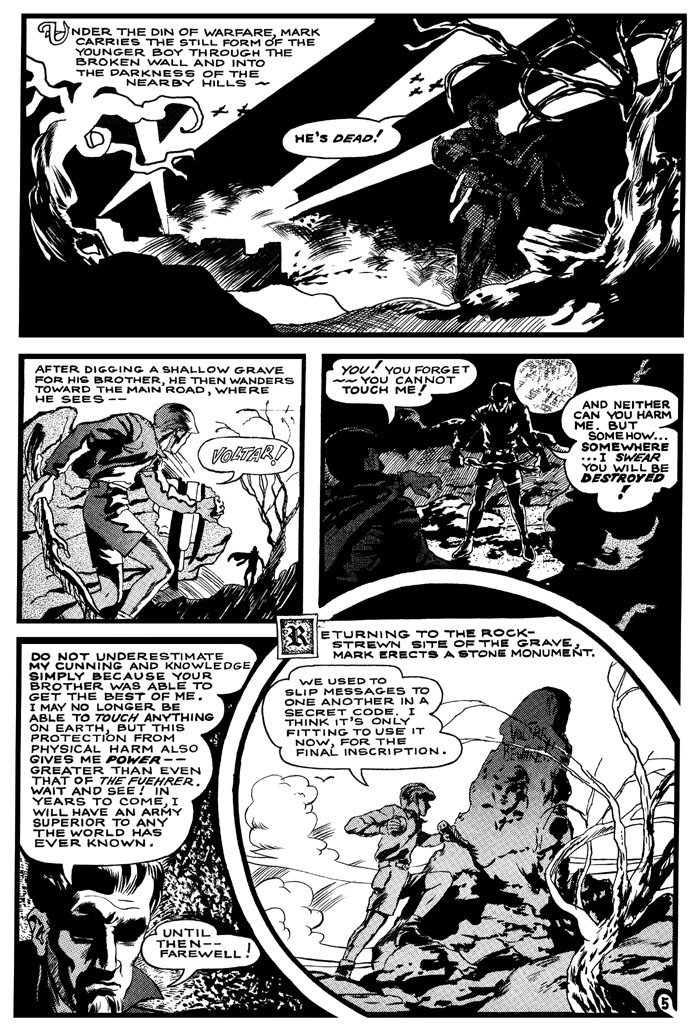 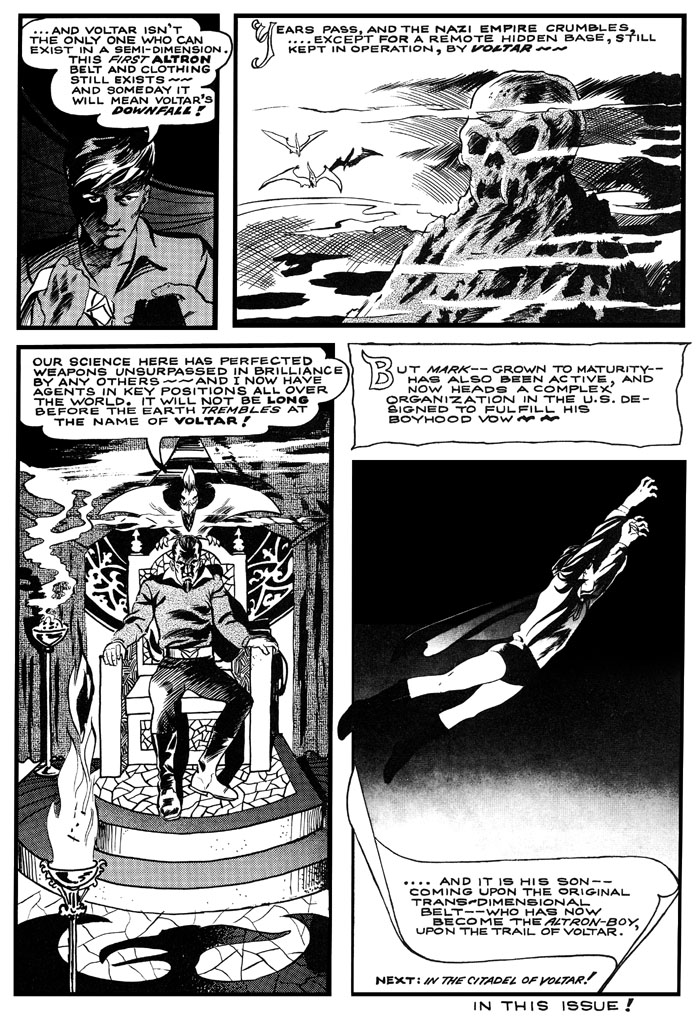 THE CRUSADE AGAINST VOLTAR:  Chapter Four
"IN THE CITADEL OF VOLTAR"  /  Page 36 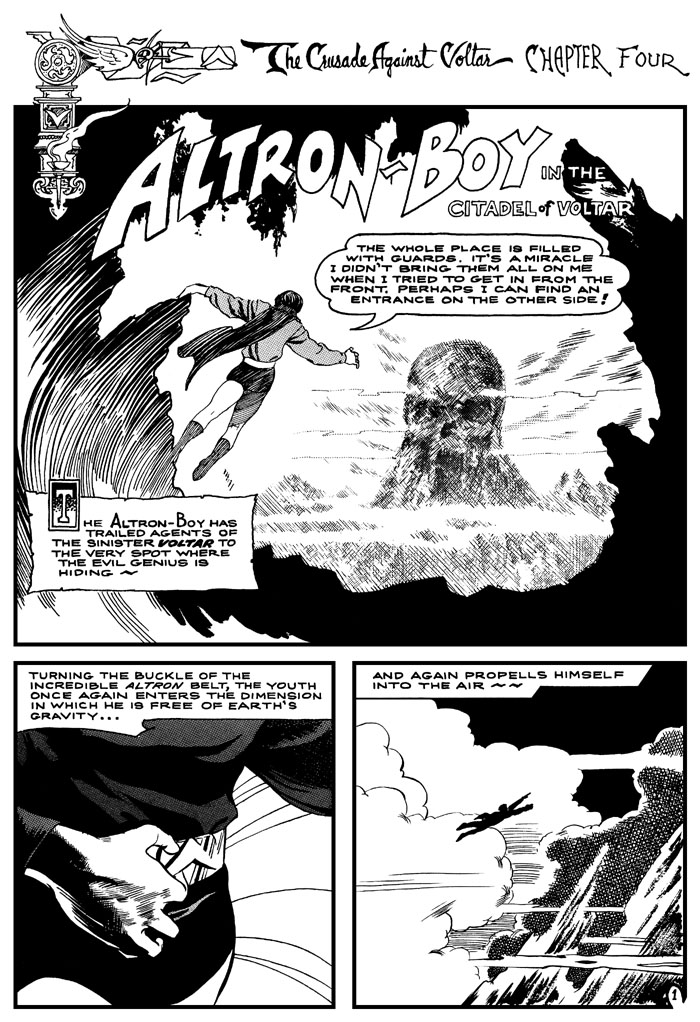 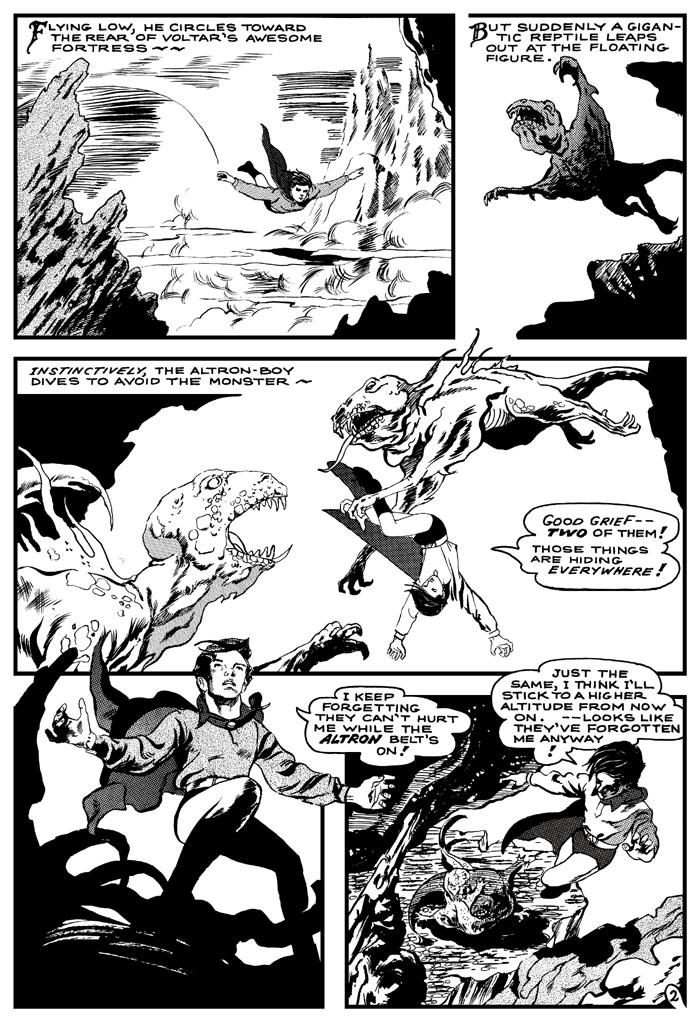 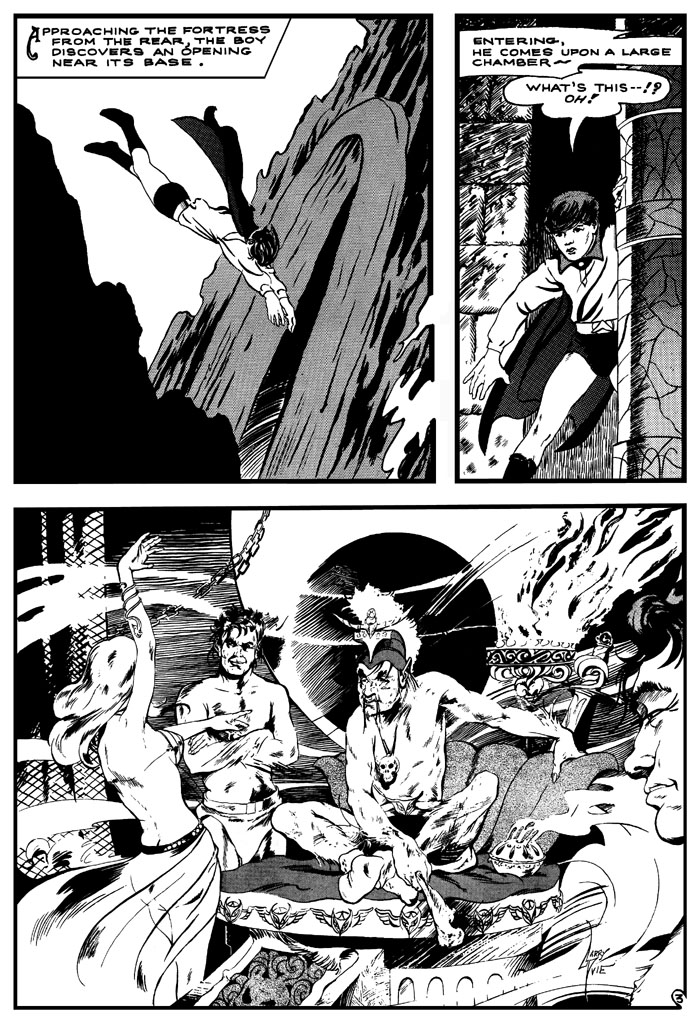 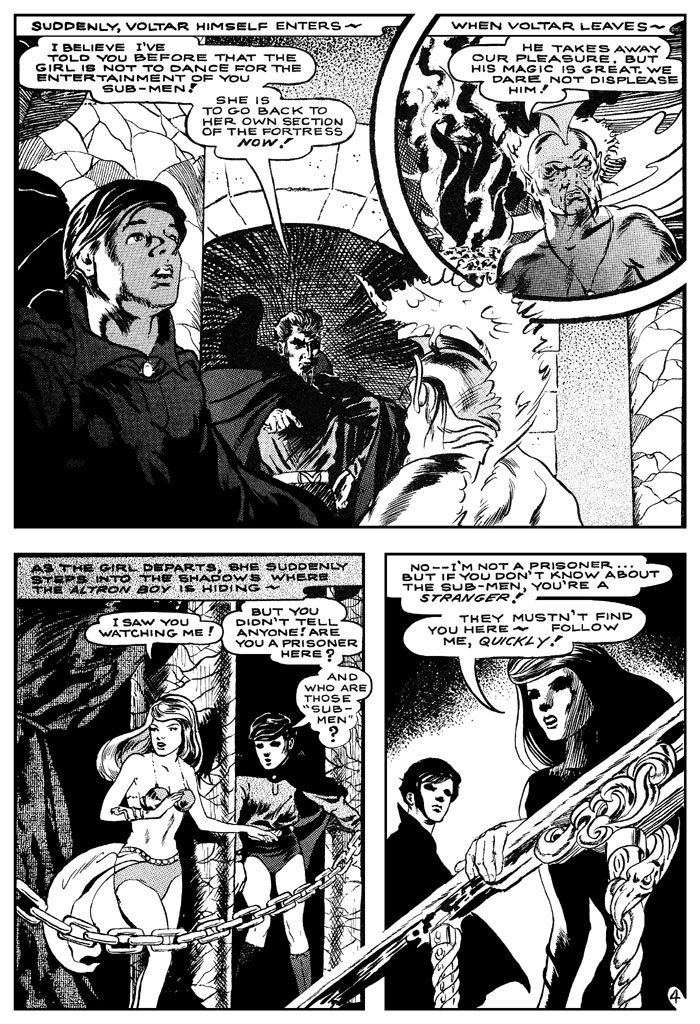 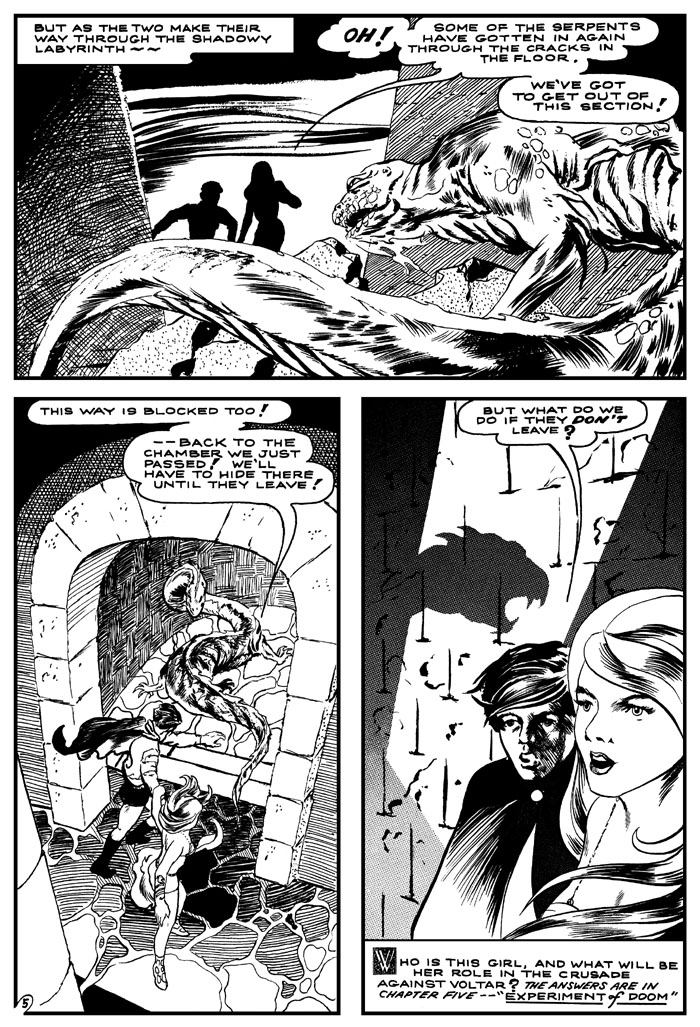 Back Cover  /  The Monster Men 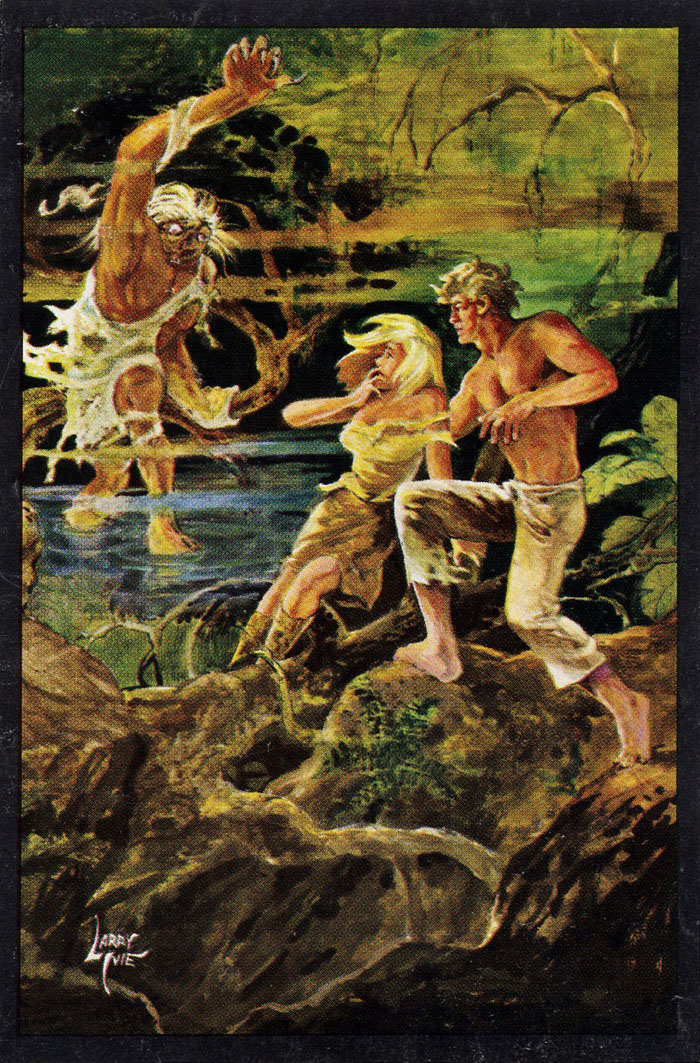 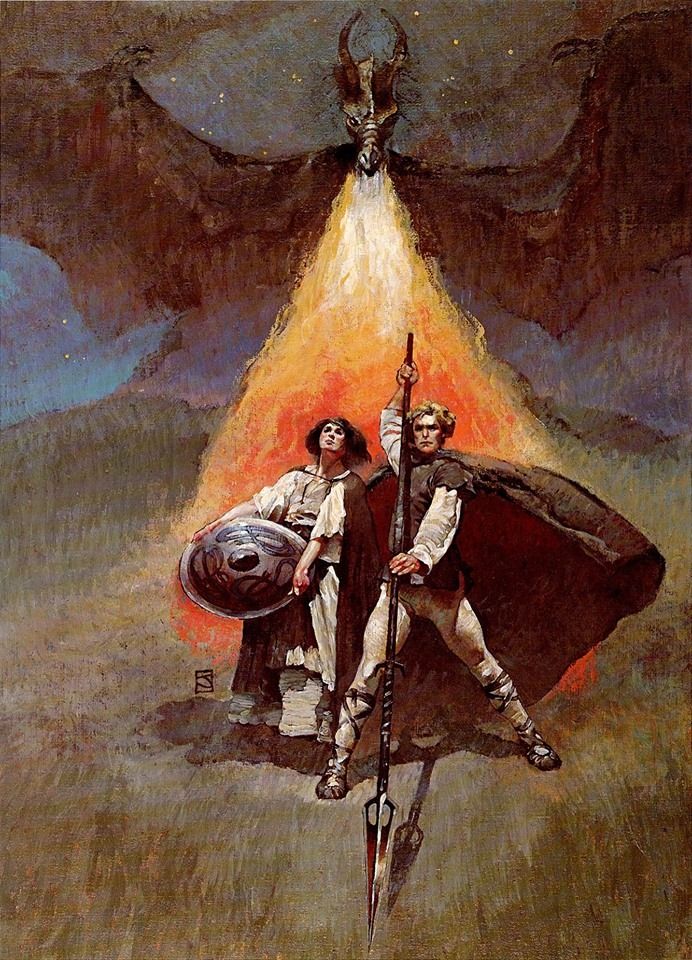 "ALTRON-BOY AND THE ISLE OF MONSTERS" was reprinted along with a ton of other "fanzine" hero strips in Bill Schelly's fabulous anthology... 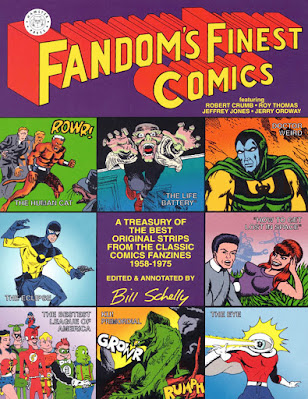 Scans from MY collection!
with special thanks to Buddy Saunders, Skyler & Lone Star Comics.

Scans of DRAGONSLAYER movie poster from the Pinterest site.