I first encountered Al Stenzel's science-fiction-adventure strip, SPACE CONQUERORS, back in early 1968. I'd joined the Cub Scouts in late October '67, and soon ran across BOYS' LIFE magazine, which apparently had strong ties to the Boy Scouts. We got a one-year subscription, and for the next year, my favorite part of each magazine was, naturally, the color comics section in the middle. Of those, the 2 I enjoyed the most were SPACE CONQUERORS and STORIES FROM THE BIBLE.  I guess I had a thing for stories of the past or future.

Sadly, the entire Boy Scout (and Cub Scout) organization in my neighborhood collapsed during the summer of '68 when the Scout Leader decided to step down after having held the post for 8 years-- and NOBODY came forward to take over. I think they were all too busy planning to move out of the city to the suburbs. 3 years later, a race riot "inspired" most of those who hadn't left before to do so. (I wish we had.)

Anyway, I'd clipped that year's worth of SPACE CONQUERORS and pasted them in a scrap book. But due to the ongoing serial nature of the strip, it was really frustrating that I'd walked in on the middle of a story, and we stopped getting the magazine long before it ever reached anything like an ending.  For decades I never ran across any mention of the series, until it turned up a few years back in an issue of Roy Thomas' ALTER EGO magazine.  That's when I learned about Al Stenzel. It made me want to know more-- and wish I could read more. I dug out my scrap book, and in between re-reading the strips for the first time in decades, scanned them into my computer, while planning to cleaning them up and maybe post them somewhere.

Last night, by dumb luck, I happened to do a Google search for "Wayback Machine", to see what might be out there with a name similar to my blog's.  Most of the entries referred to an online system for keeping track of long-ago websites.  But to my total surprise, one of them was the site for BOYS' LIFE magazine.  Incredibly, they had the entire contents of the magazines scanned in and posted, though in a format that, frankly, makes it rather difficult to read and enjoy it too easily. It also has a nasty way of building up an almost crippling amount of "temporary memory" on my computer, forcing me to reboot after browsing a half-dozen issues or so.

Well, as soon as I'd established how to find, zoom in on and download the pages I wanted, I knew what I had to do. You got it.  I'm cleaning up the pages, re-sizing them, and re-posting them HERE. I hope any fans of the strip will enjoy the work I'm gonna be putting in here.

Just before setting up this page, I found out via Patrick Ford in one of my Yahoo Groups that someone else had done a blog devoted to the history of SPACE CONQUERORS, which should serve as a nice companion to what I'm doing here. "planettom" was nice enough to post the ONE strip that was somehow missing from the BOYS' LIFE site, which should save me some worry down the line when I get that far.

This is actually the 2nd post I've done for this series, but this time, I'm starting at the beginning!  ENJOY. 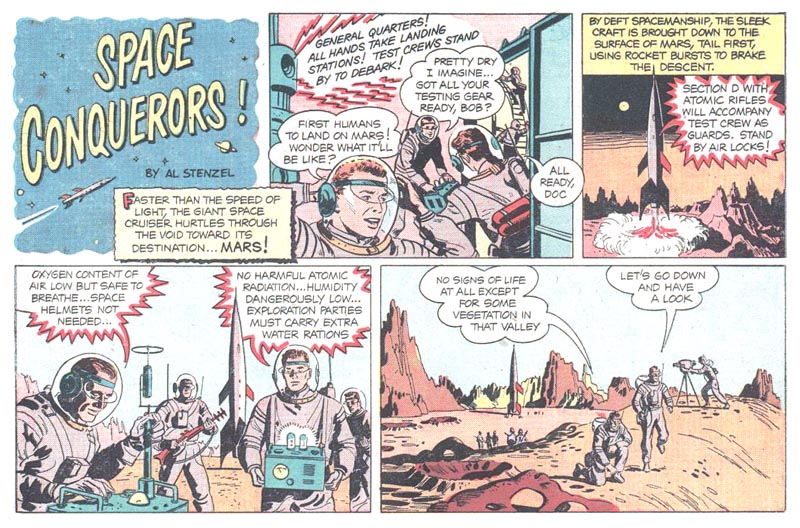 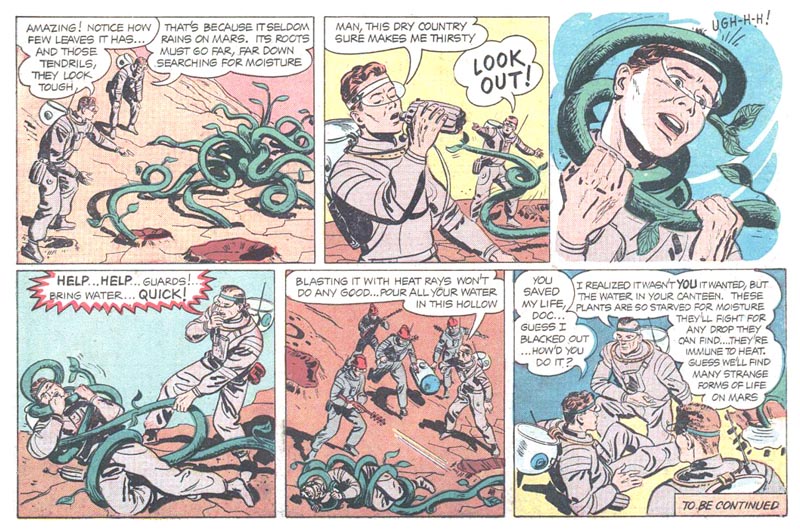 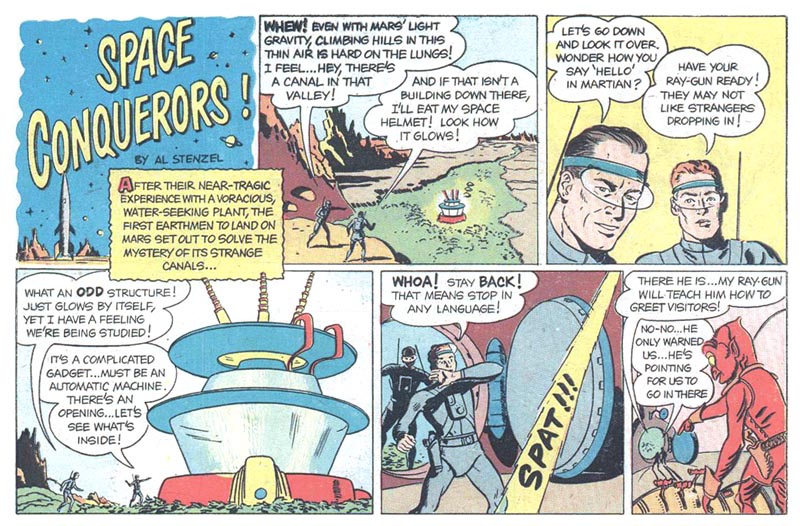 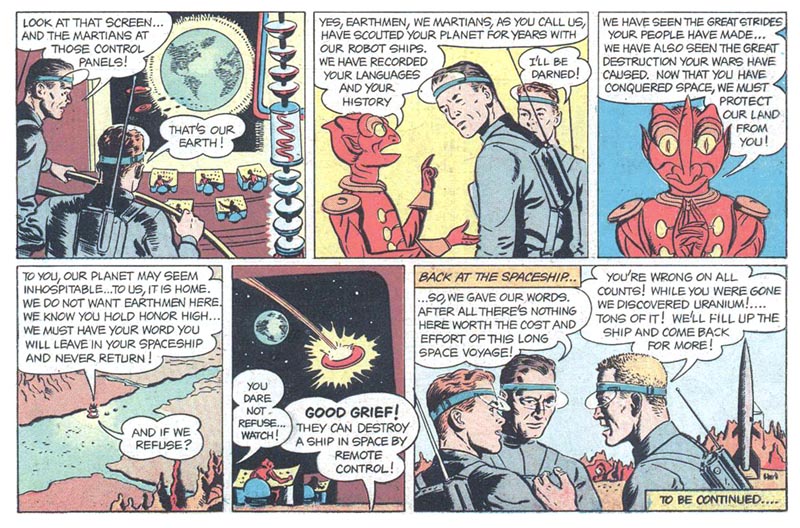 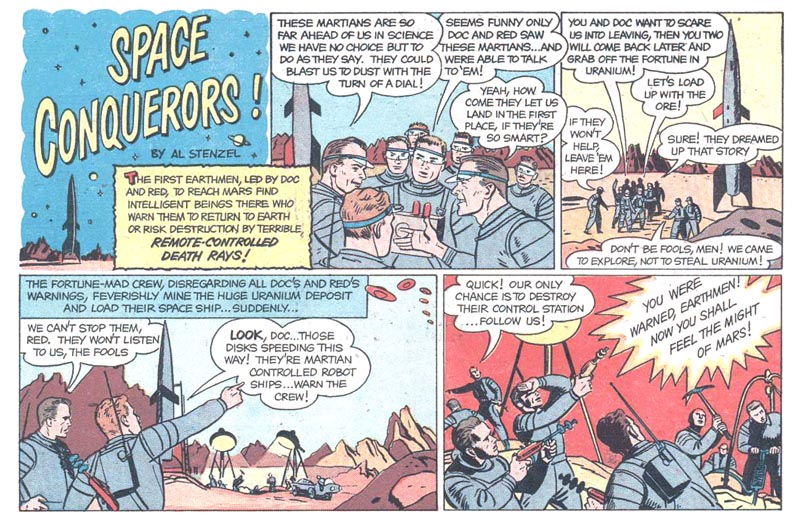 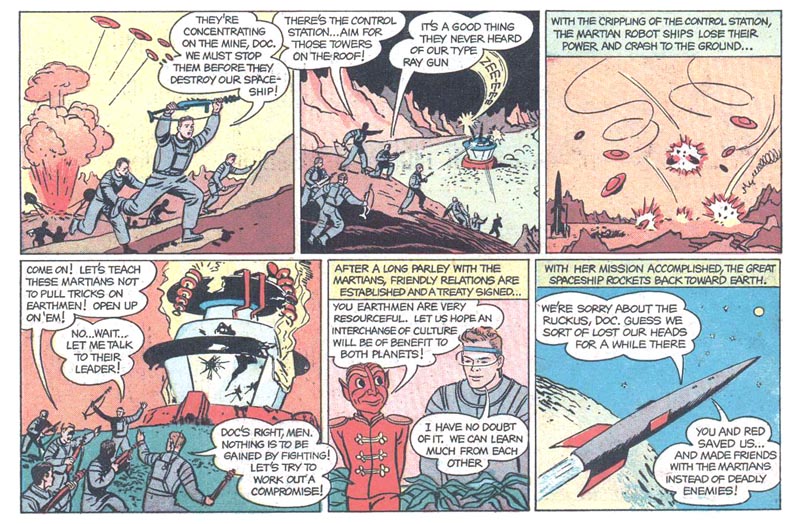 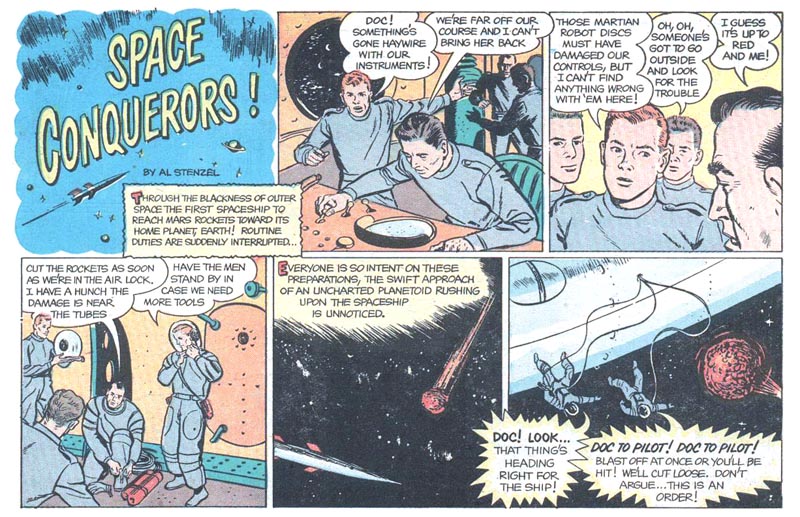 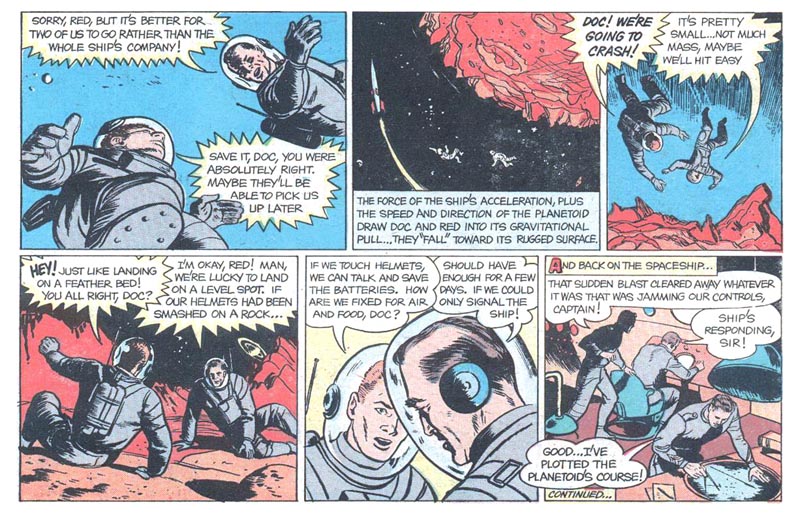