My first exposure to OMAC was Jim Starlin's run (cut short by the "DC Implosion"). I was a fan of his, and really got into what he was doing.  He was followed by Mishkin & Cohn, with LaRoqcue & Colletta, who just didn't cut it somehow.  When I read Jack Kirby's run, however, it immediately became my FAVORITE of his early-70's DC work. Over time, I realized just how totally wrong-headed and character-destructive Starlin's take had been, and how Mishkin & Cohn had actually tried to steer things back to Kirby-- they just didn't have the skills to do it right.

In 2002, UK fans David Morris & Dek Baker did OMAC #9, "IS THIS THE END OF OMAC?" a 22-page story printed in B&W which was, effectively, the 3rd part of Kirby's final story.  Yeah, it was intended as a 3-parter. That last panel at the end of part 2 was slapped in there by the editor when the book got cancelled abruptly.  Starlin picked up at the end of part 2, ignoring that there was supposed to be a part 3.  Well, I've read it.  It's NOT by Kirby... but while the art is crude, it captures the look and feel of Kirby the way early Barry Smith did.  But it's the writing that really pushes it over. You'd almost SWEAR Kirby did it himself.

I saw this promoted in an issue of THE JACK KIRBY COLLECTOR, and sent away for a copy.  What a blast!  I understand they only ran off so many copies, but I wish they'd do more.  More, I wish DC would cut a deal with them and include it in any future reprints of Kirby's run.  IT'S THAT GOOD.


Well, DC reprinted Kirby's 8 issues of OMAC, but did not have the sense to strike a deal to include Baker & Morris' OMAC #9.  And since the fanzine mini-comic is out of print, HERE it is in its entirety.  ENJOY! 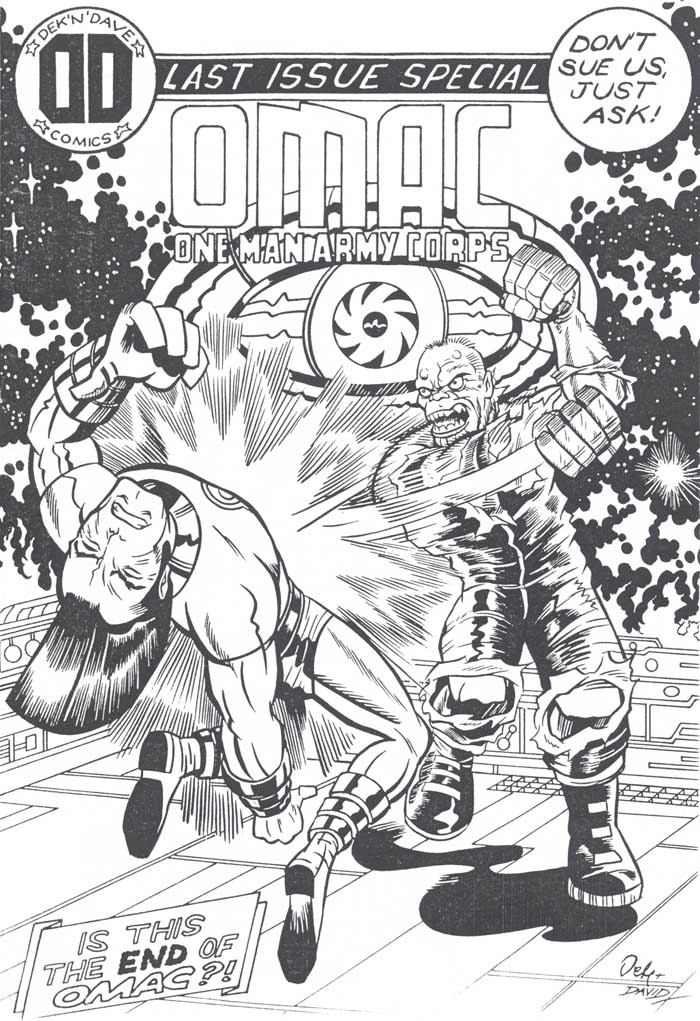 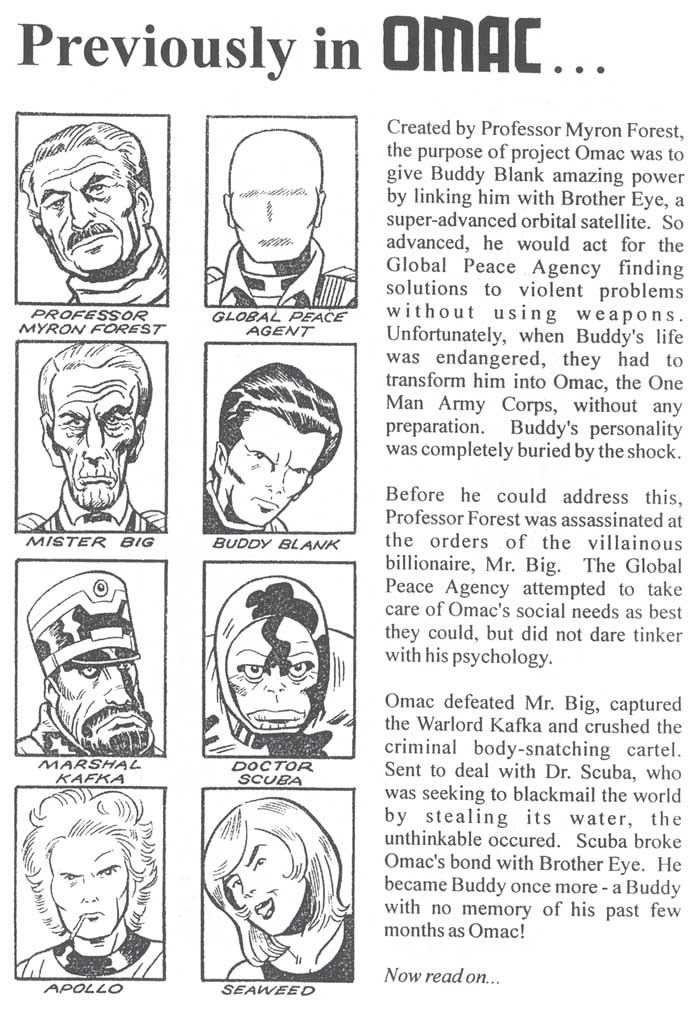 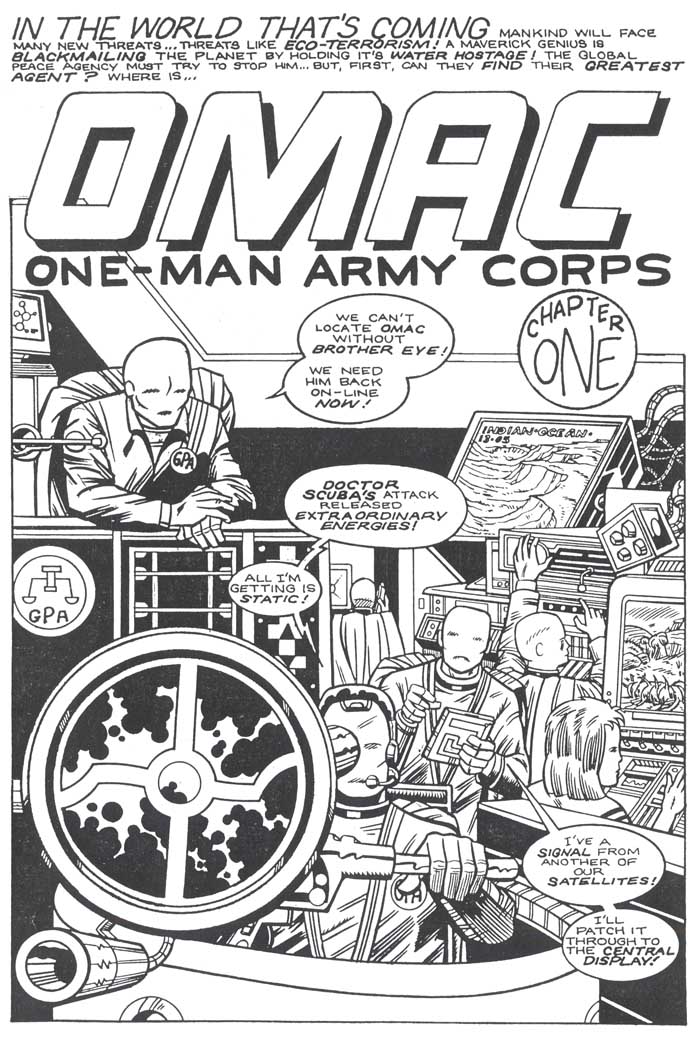 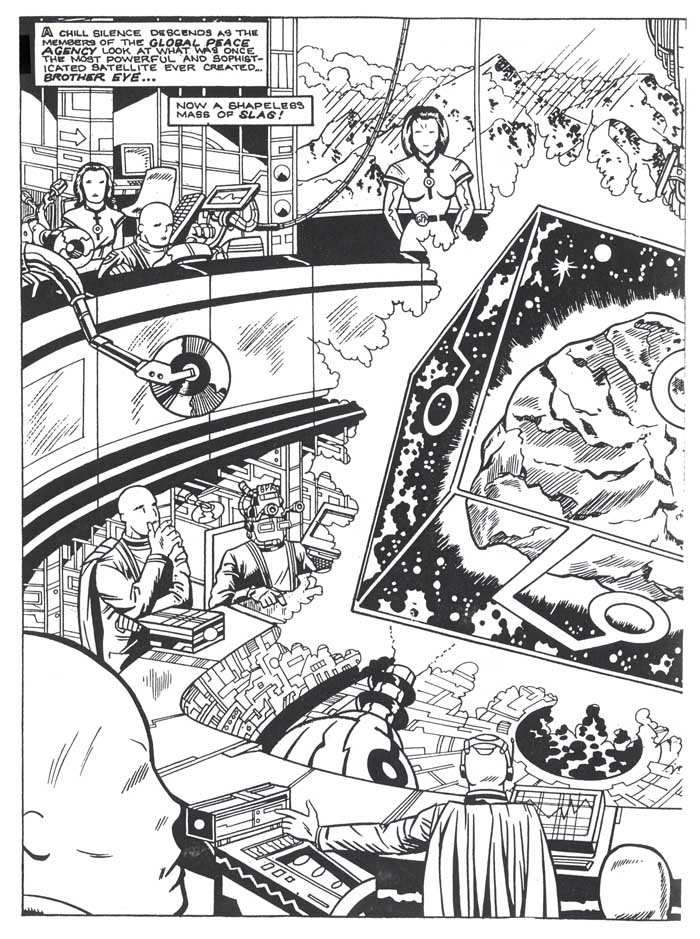 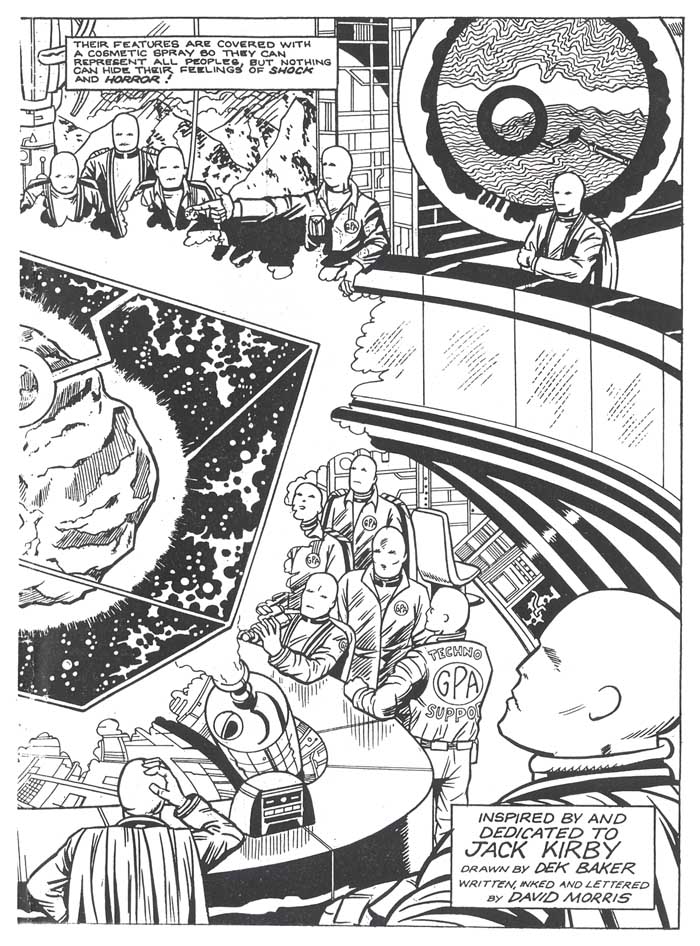 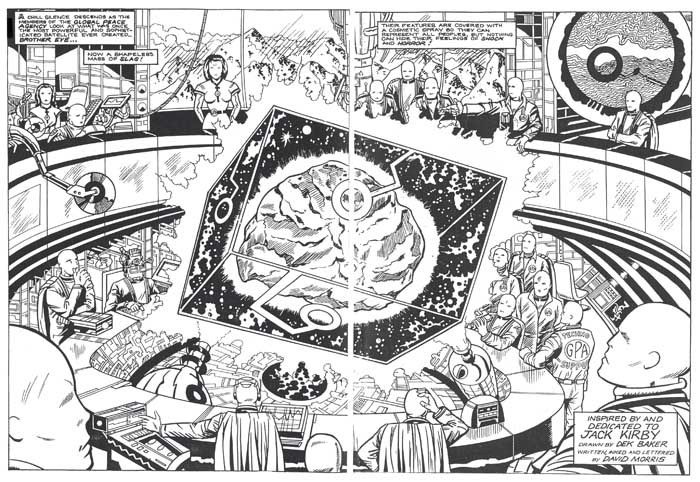 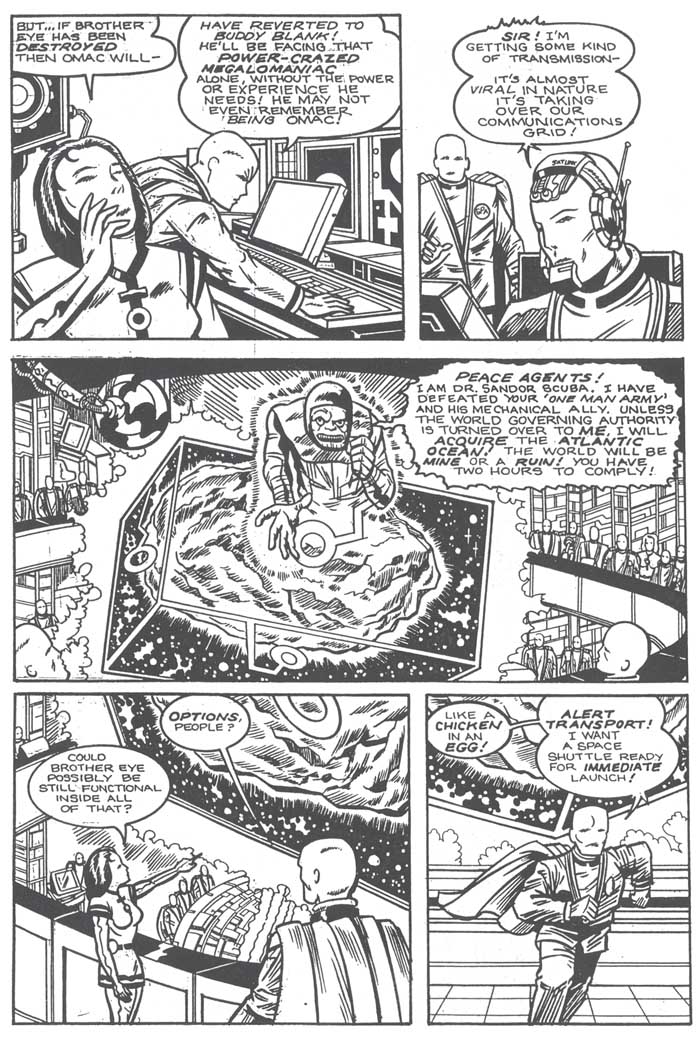 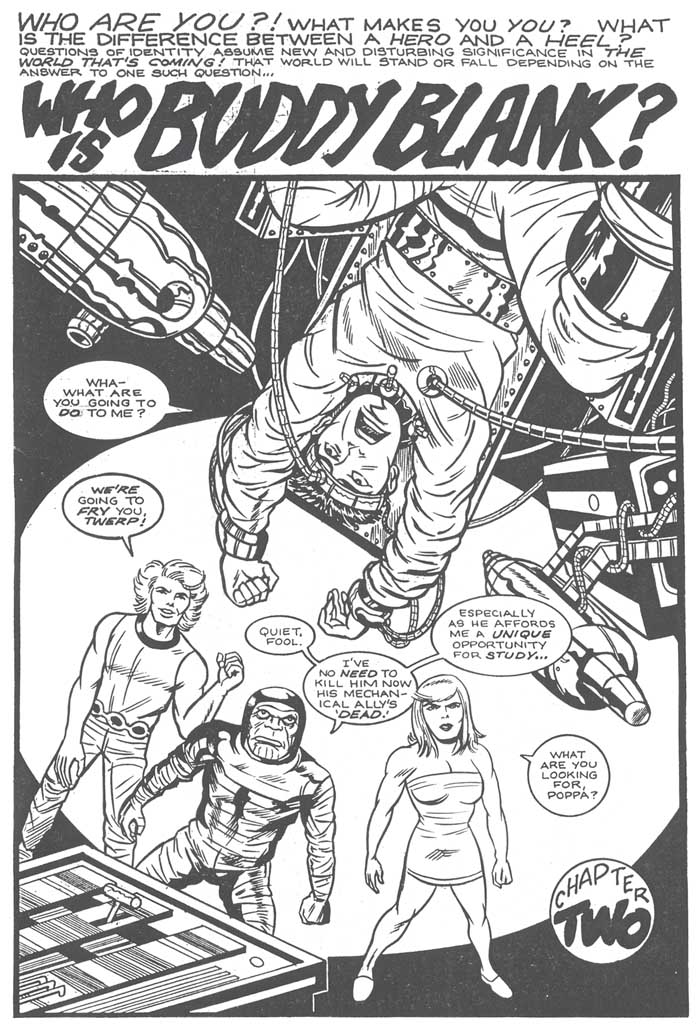 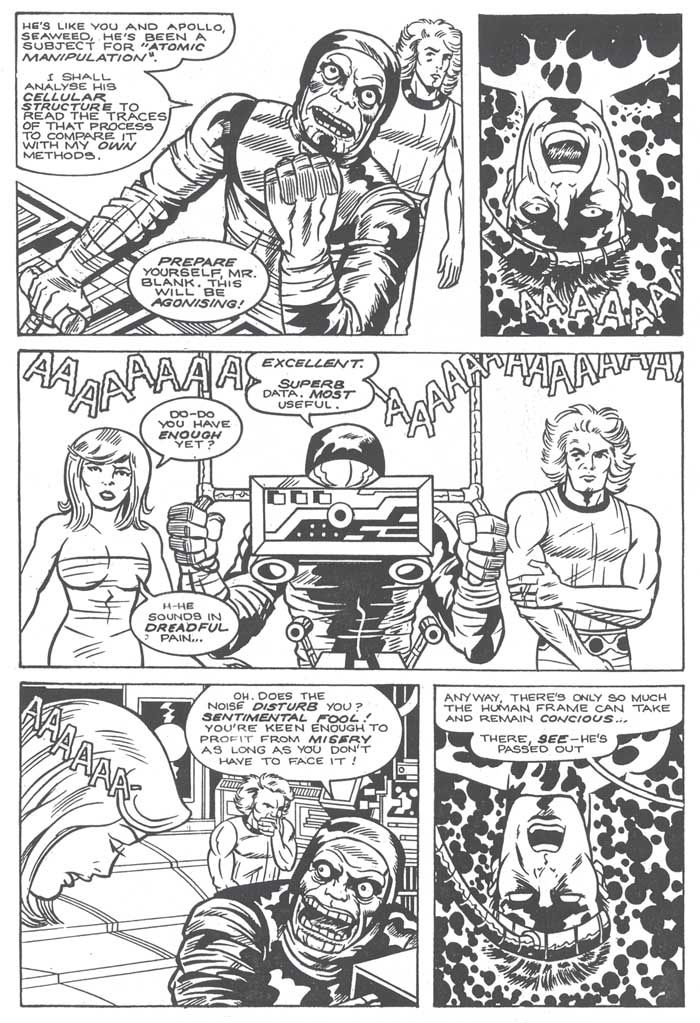 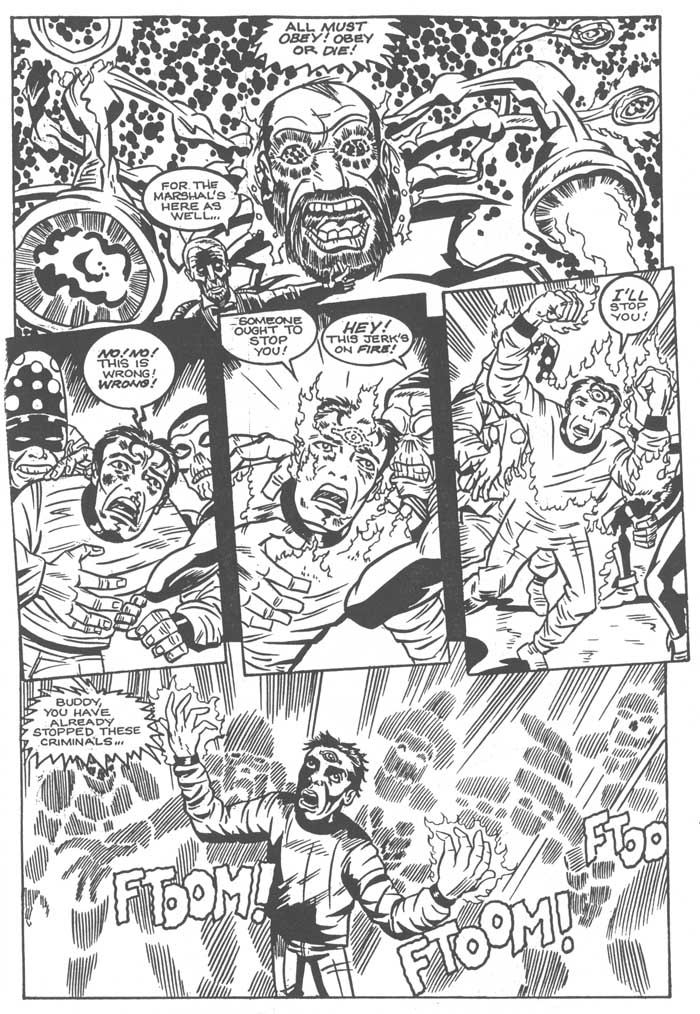 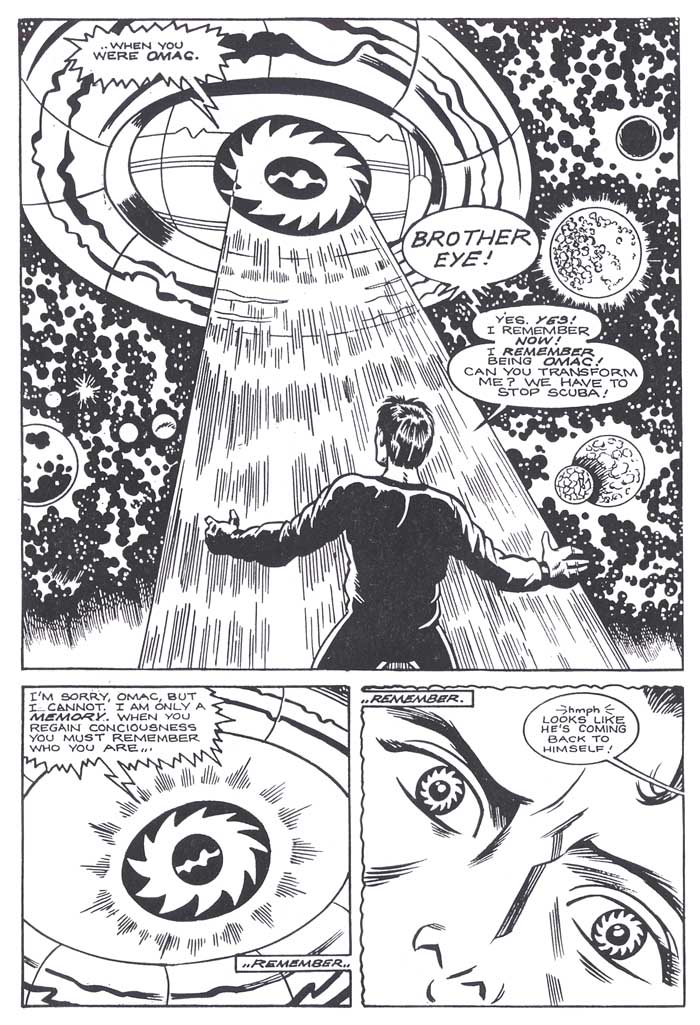 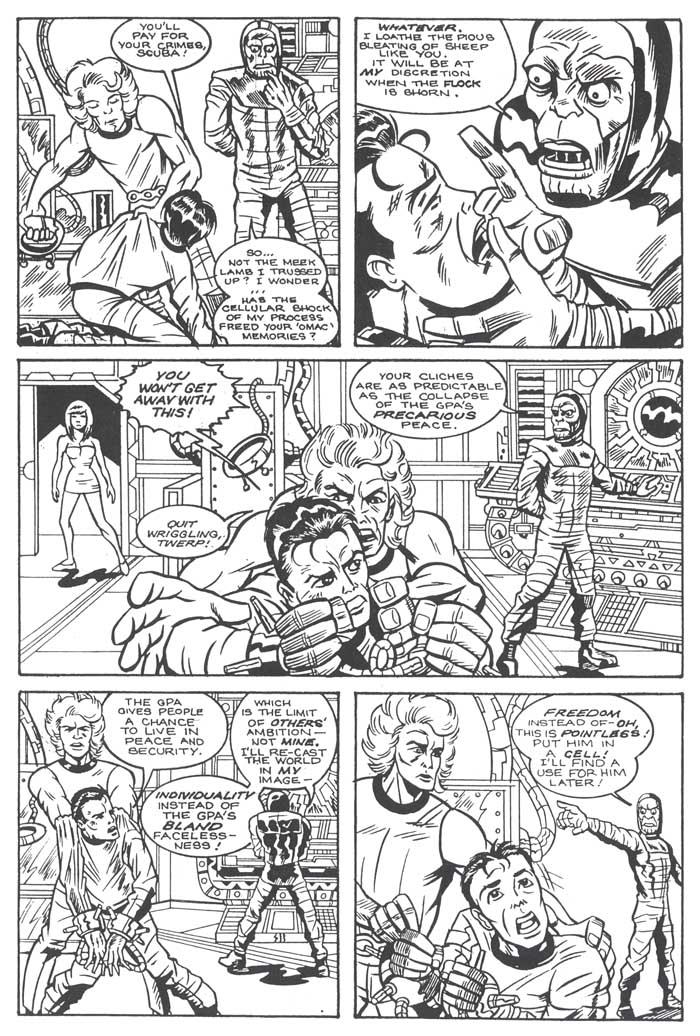 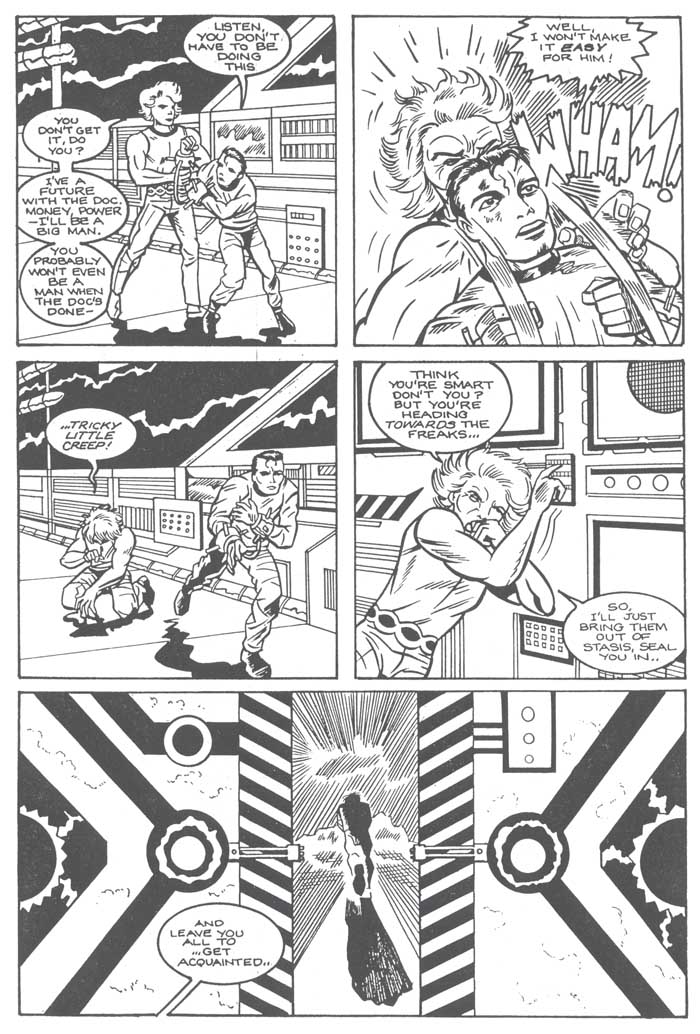 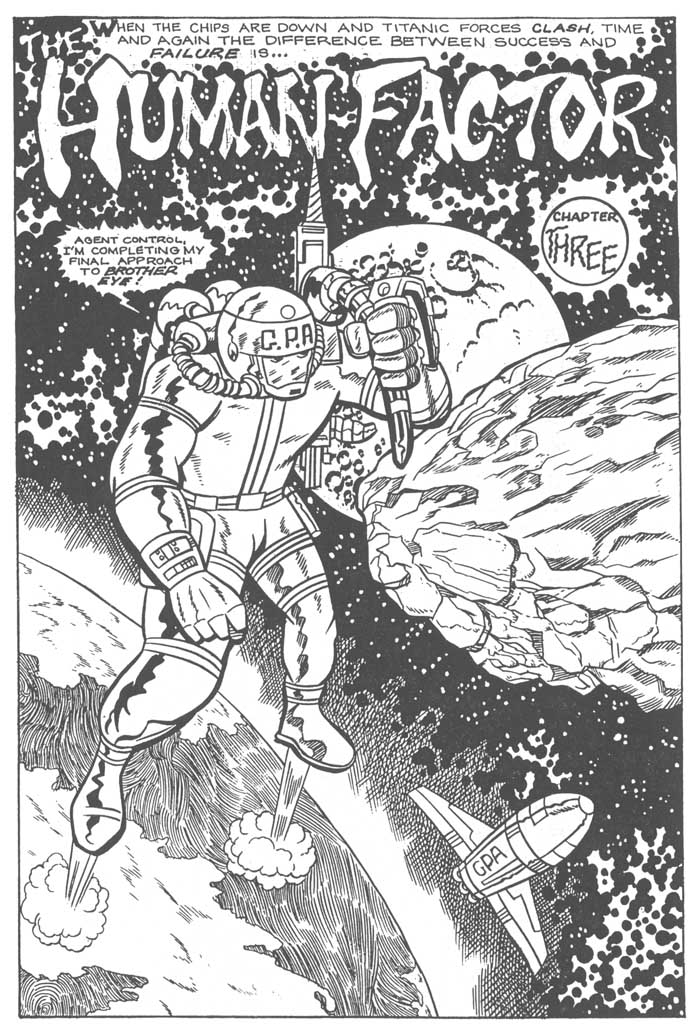 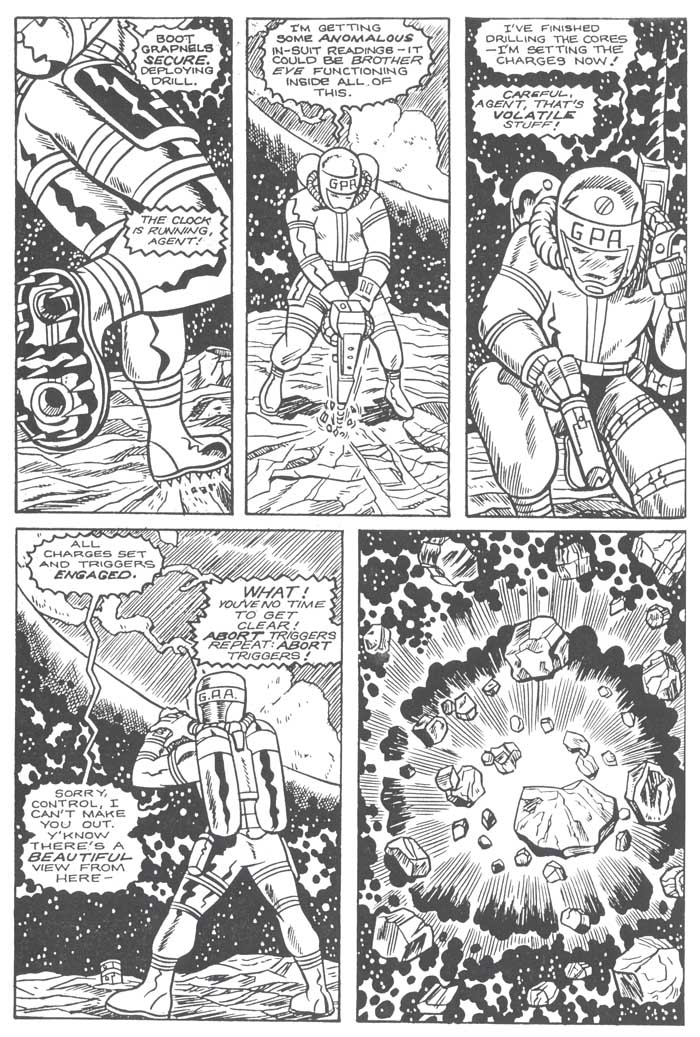