7th in line, another version of that popular favorite...

The artist here is Juarez Odilon.  He did a lot of work, both stories and cover paintings, for Continental / Outubro in the early 60s.

According to the Guia Dos Quadrinhos database site, PAGINAS SINISTRAS was the last new series to come from Outubro, in 1960.  As of this writing, I've only seen covers for 2 issues.  I was surprised that Jayme Cortez' cover from CLASSICOS DE TERROR #14 was reused here, but seeing a really bad, tiny image of that is what suggested to me that this particular story appeared here, as Continental / Outubro did not seem to be doing many reprints, the way Taika did later on.

The scans I found were from ALMANAQUE CLASSICOS DE TERROR #2 in 1974, which also reused the same Cortez cover.  I'm afraid they were bad scans of a bad reprint, and I wasn't too thrilled with the art to begin with.  But I think I've made it acceptable here.

Oddly enough, the splash page had "Album Classicos De Terror" (no number) written on it, which indicated to me a strong likelihood that this was one of the many POE stories that appeared in that late-60s series.  Further, because some of the panels appear to have had the artwork re-worked, I have a strong suspicion that PAGINAS SINISTRAS may have been a digest.  I've seen at least 2 other instances where a story was created for a digest, and then reprinted in a regular-sized comic not long after, with all the panels cut up, re-arranged and the art altered to fit the different format.

Once again, I feel like Hercule Poirot, trying to piece together things from bits of information that slowly keep surfacing.

When I began doing the translation for this, I noticed that much of the narration and dialogue was IDENTICAL to the 1961 version by Luiz Saidenberg, which suggest that writer R.F. Lucchetti either did both, or was referencing the earlier comic when he did this one. 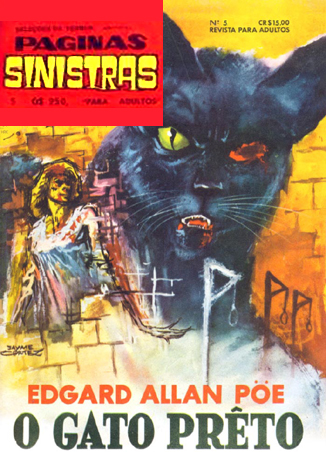 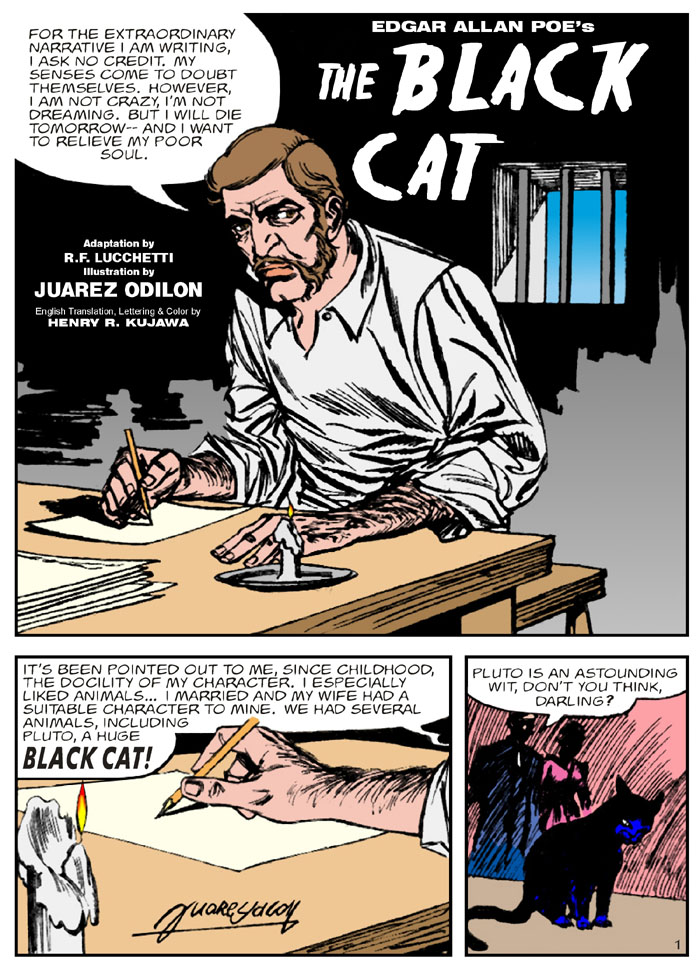 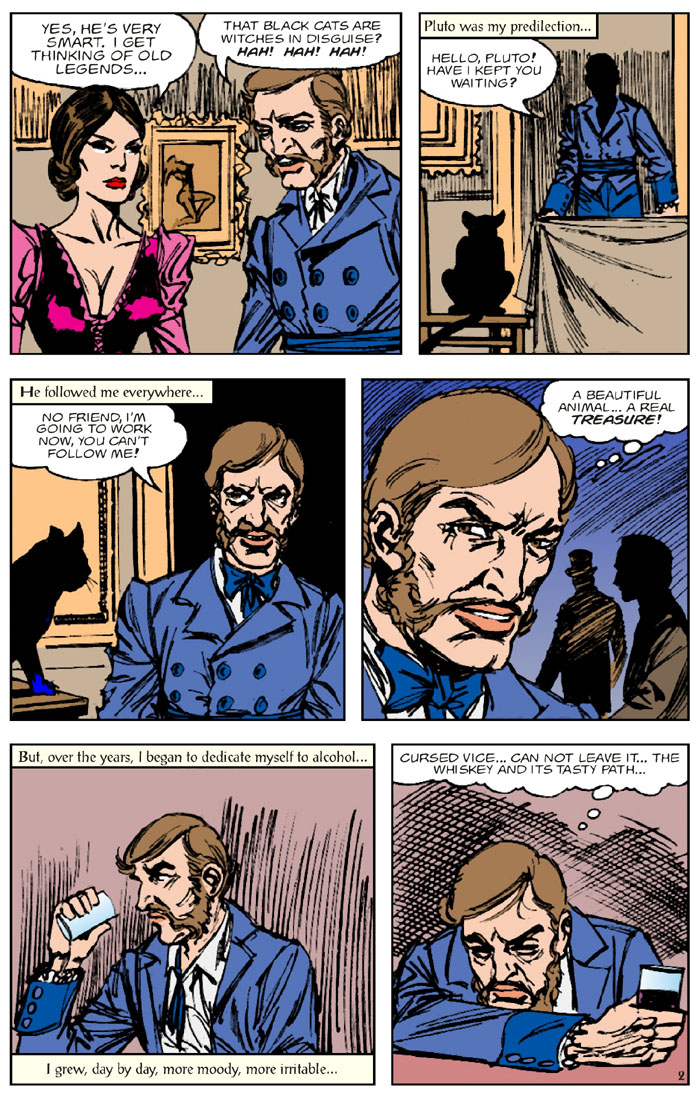 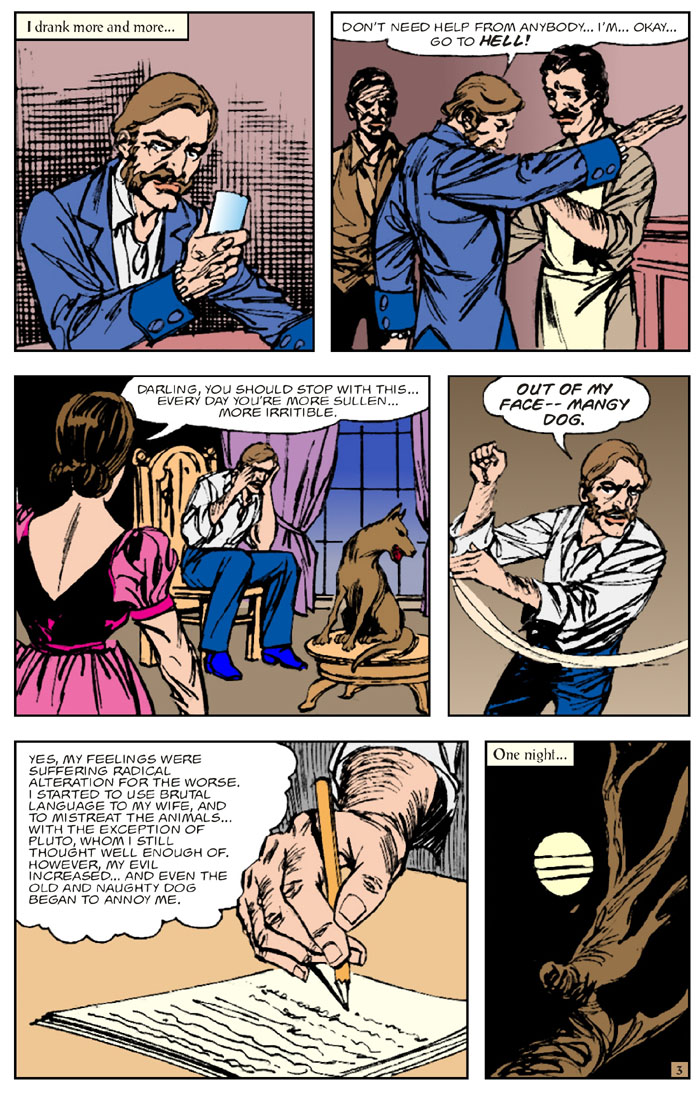 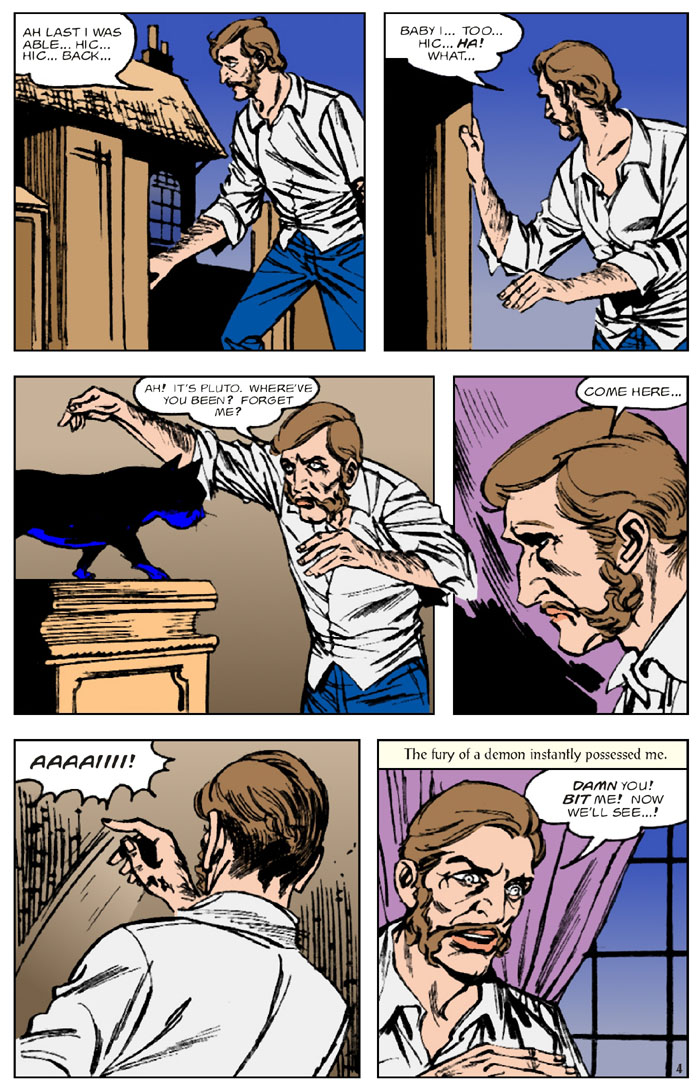 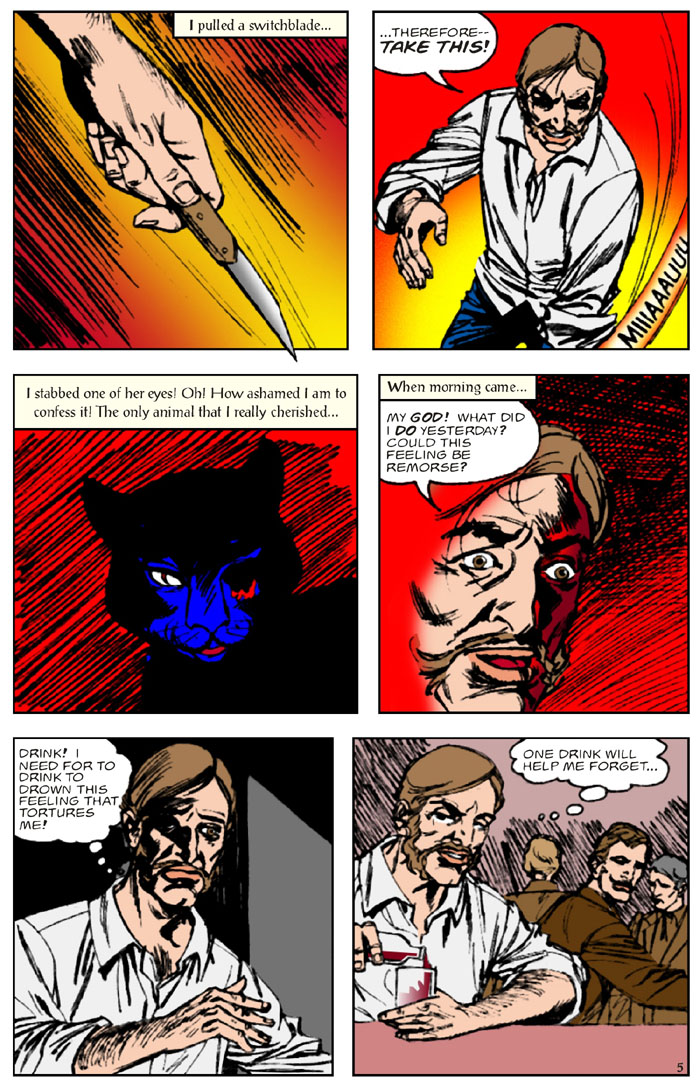 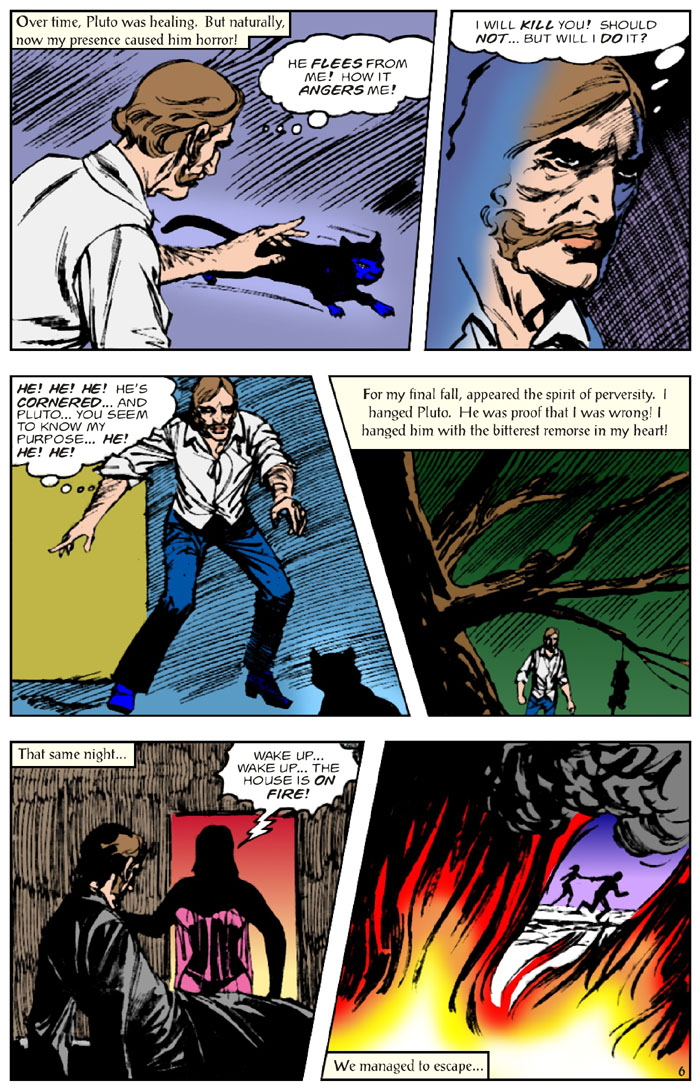 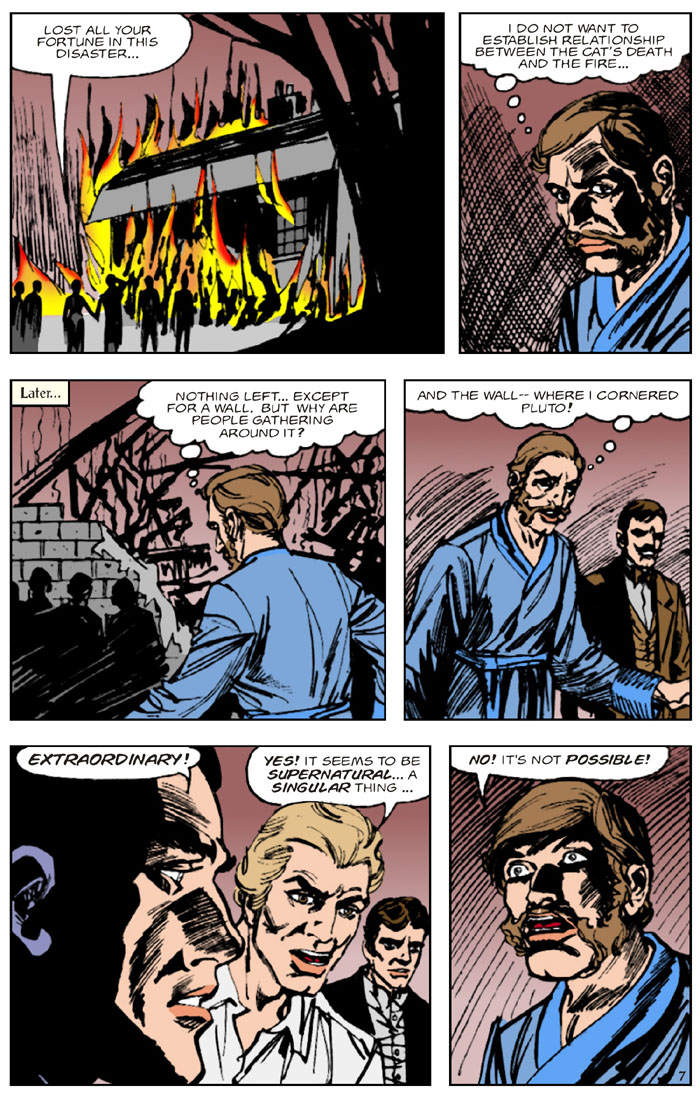 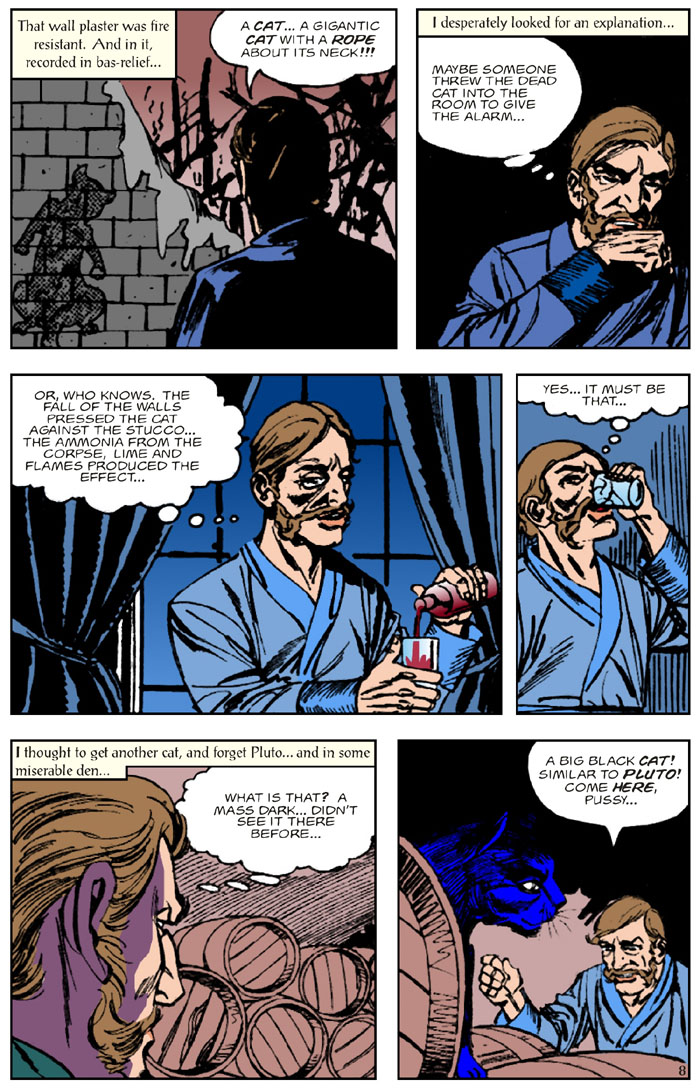 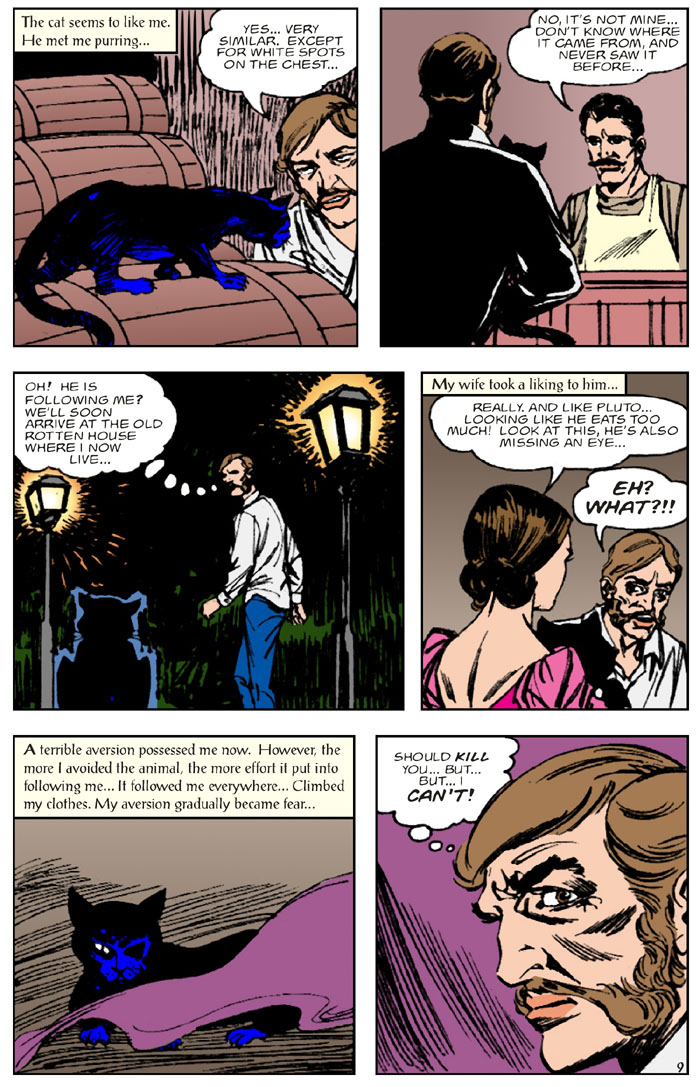 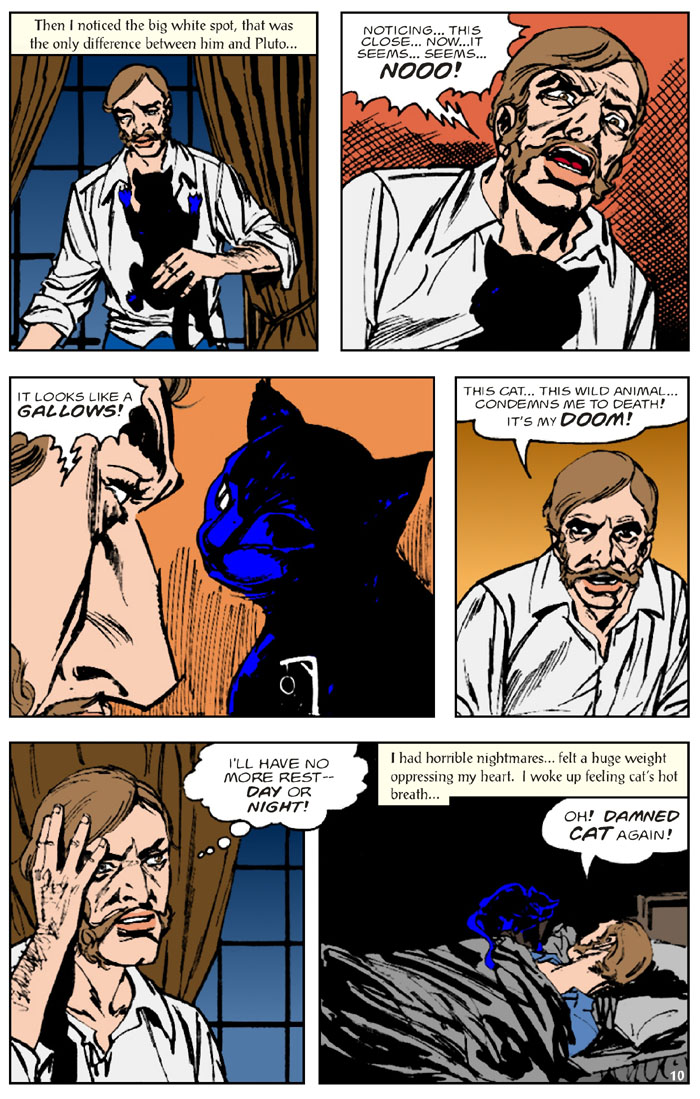 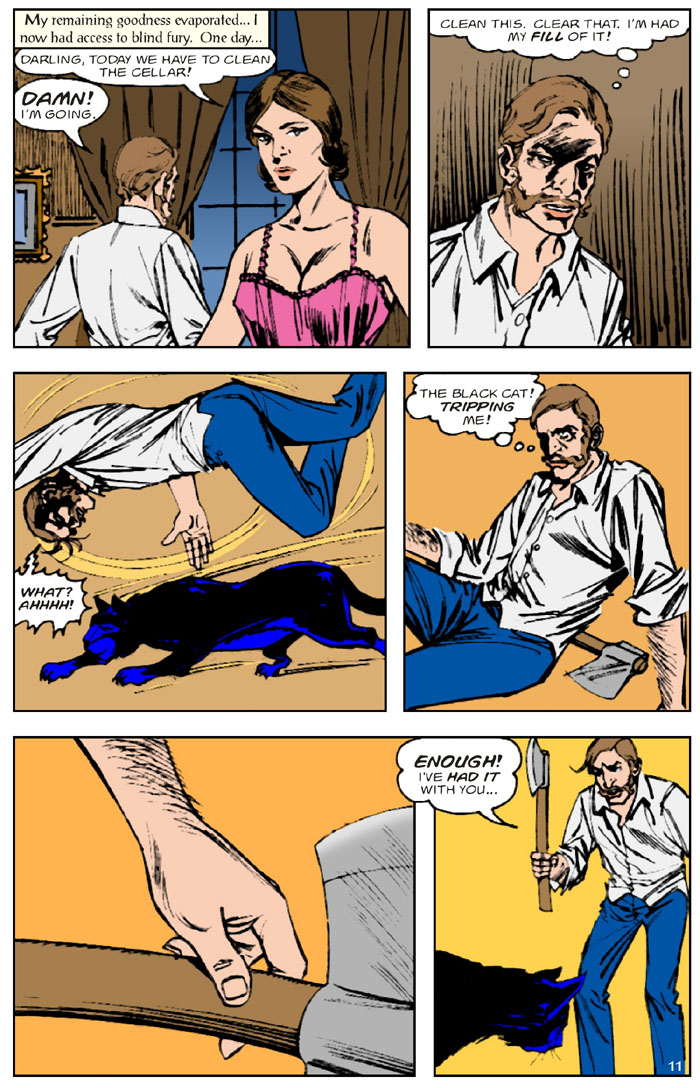 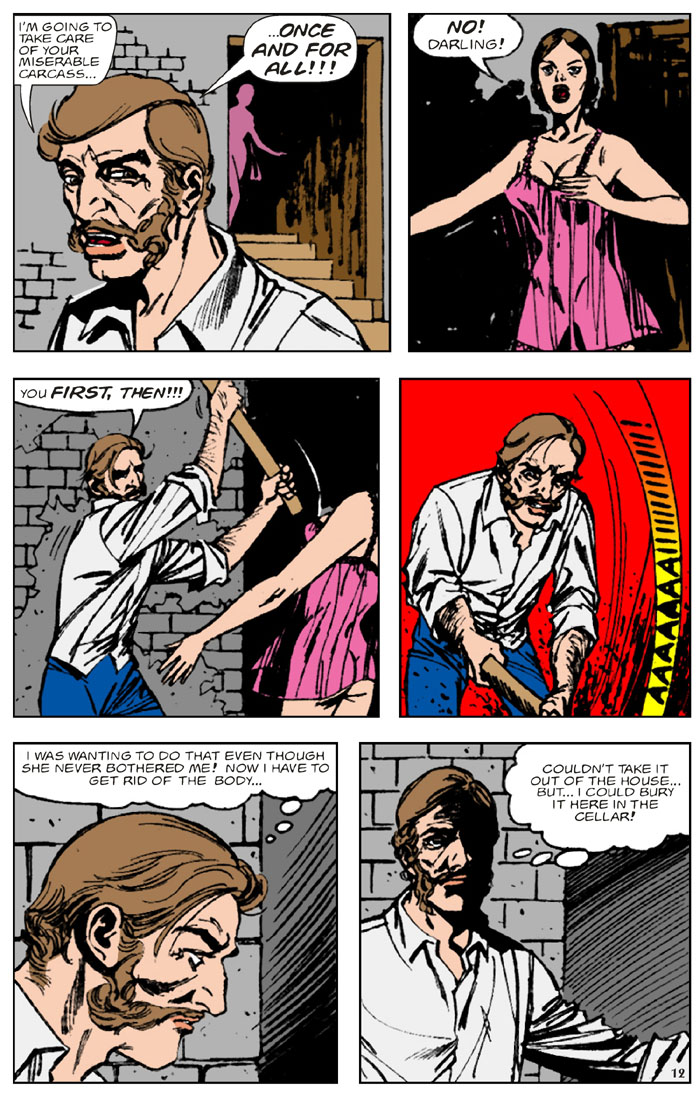 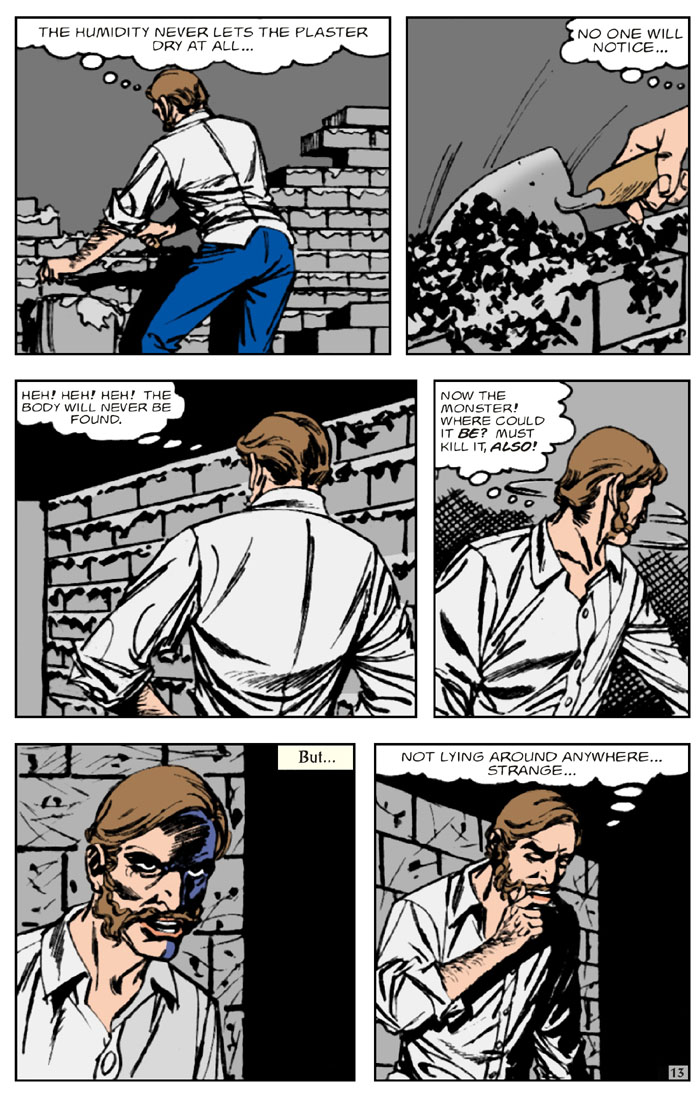 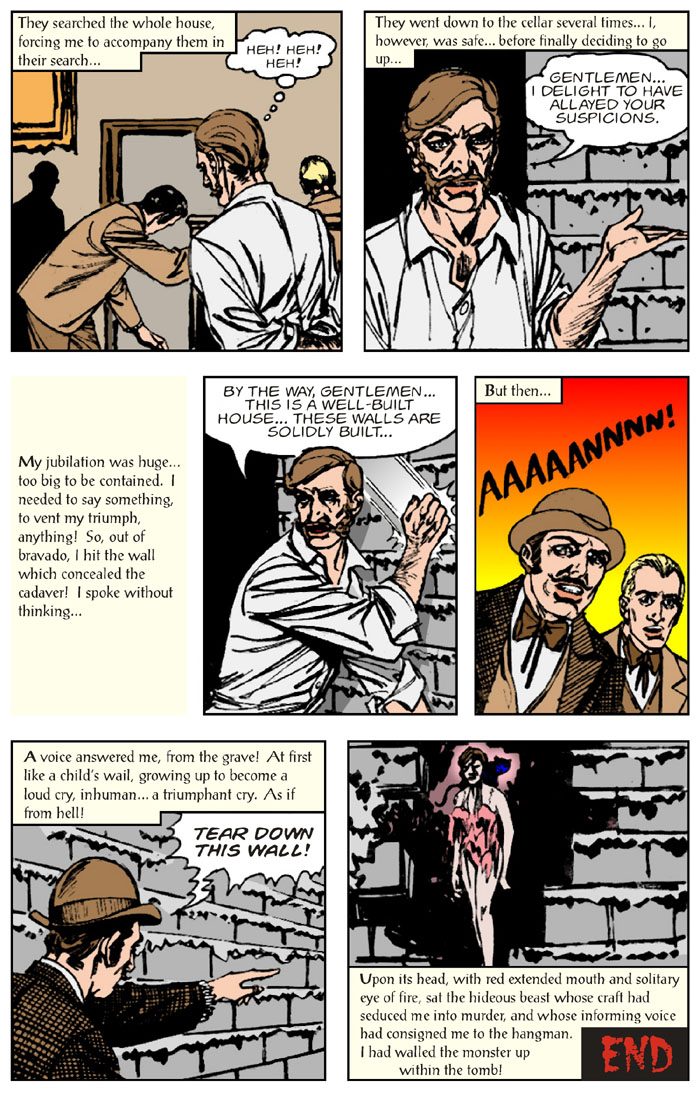 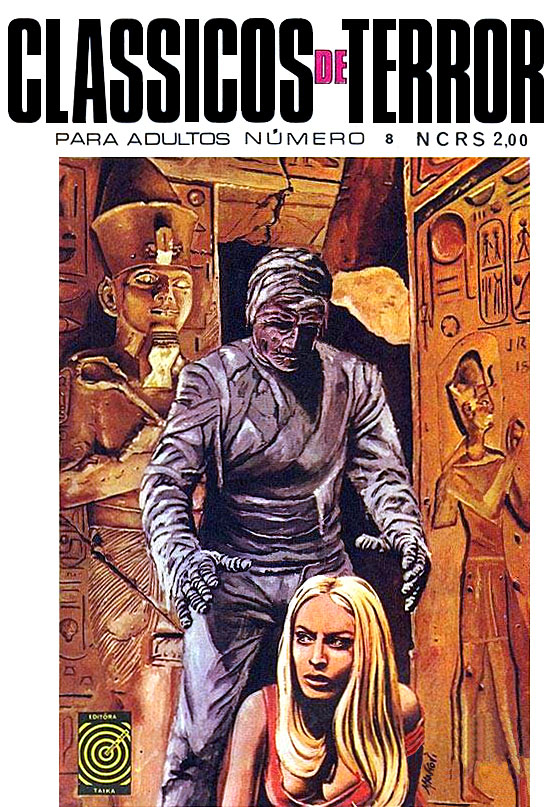 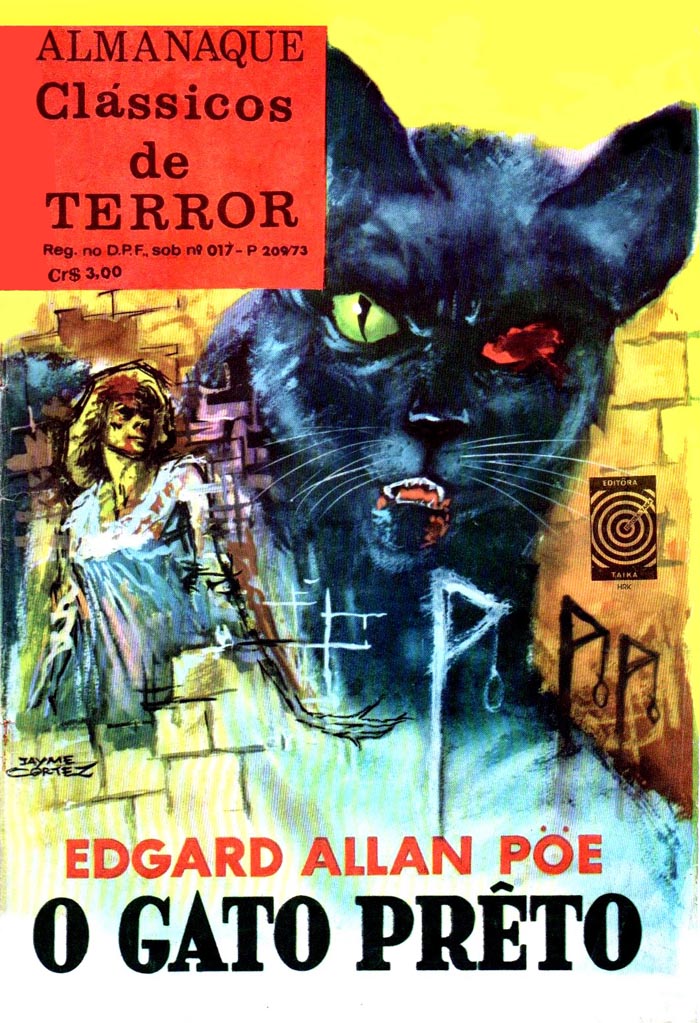 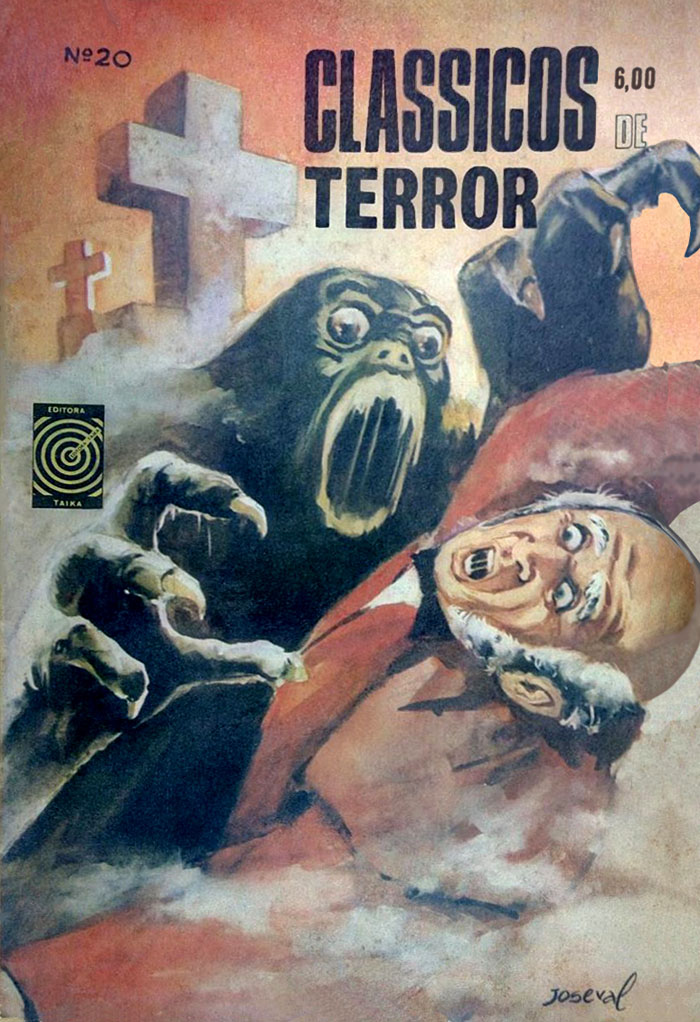 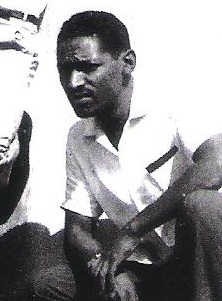 Read about THE BLACK CAT at Wikipedia.
Read the complete story at the Poe Stories site.